Well, it was another day with stuff to do around the house but I still found some time for airplane stuff. I wanted to go ahead and finish up the rear seat stuff, so I decided to work on getting the charge port mounted. I would have liked to have terminated the power and ground wires as well, but I seem to be out of the correct fast-on terminals. I do see where I added those to my shopping list a while back but I’d been putting off actually ordering them. No wiorries though, crimping a couple terminals on is easy. Making the holes for the charge port and headset jacks would be more fun.

I decided a while back to mount all these items on the right-side armrest, which would allow for the wiring to be concealed by a cover plate that mounts below. The downside is that this means drilling holes in an awkward spot. The headset holes were pretty easy – they were small enough to be drilled with my modified uni-bit that I can chuck in the angle drill – but the charge port requires a larger hole, and thus my large uni-bit. There was just no way to use that uni-bit with any regular drill, so I resorted to opening the hole as big as it would go with the angle drill, then using the big uni-bit with a socket wrench to finish enlarging the hole by hand: 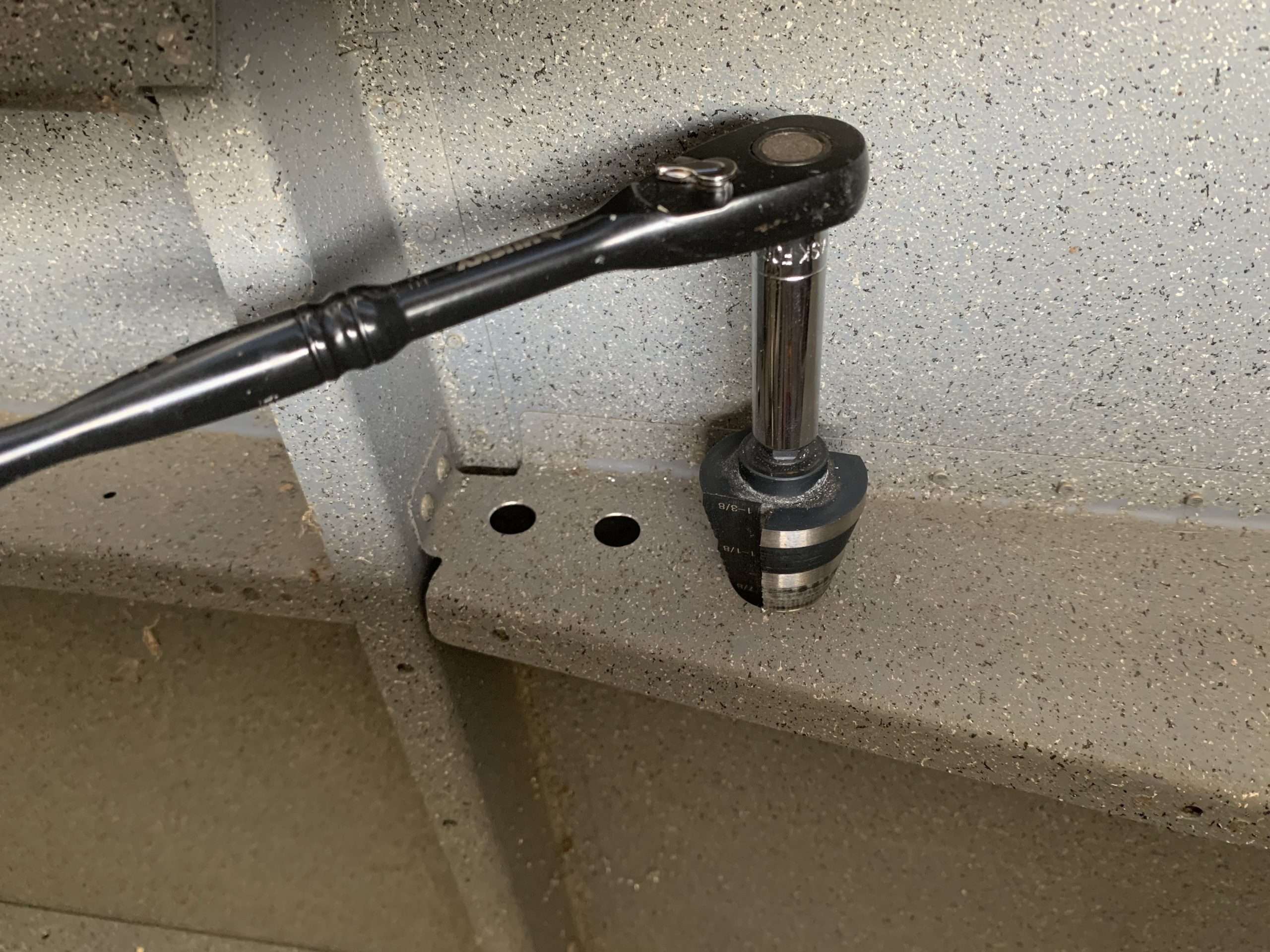 Another bit of fun with the charge port: there’s a little locating tab that requires filing a slot in the hole to keep the port from rotating. That’s pretty easy, except that the tab itself is about 3/32” deep, more than the thickness of the armrest material. In order for the backing nut to properly snug up, I needed to add a spacer to add a bit of thickness, which I made out of some scrap from my first panel attempt: 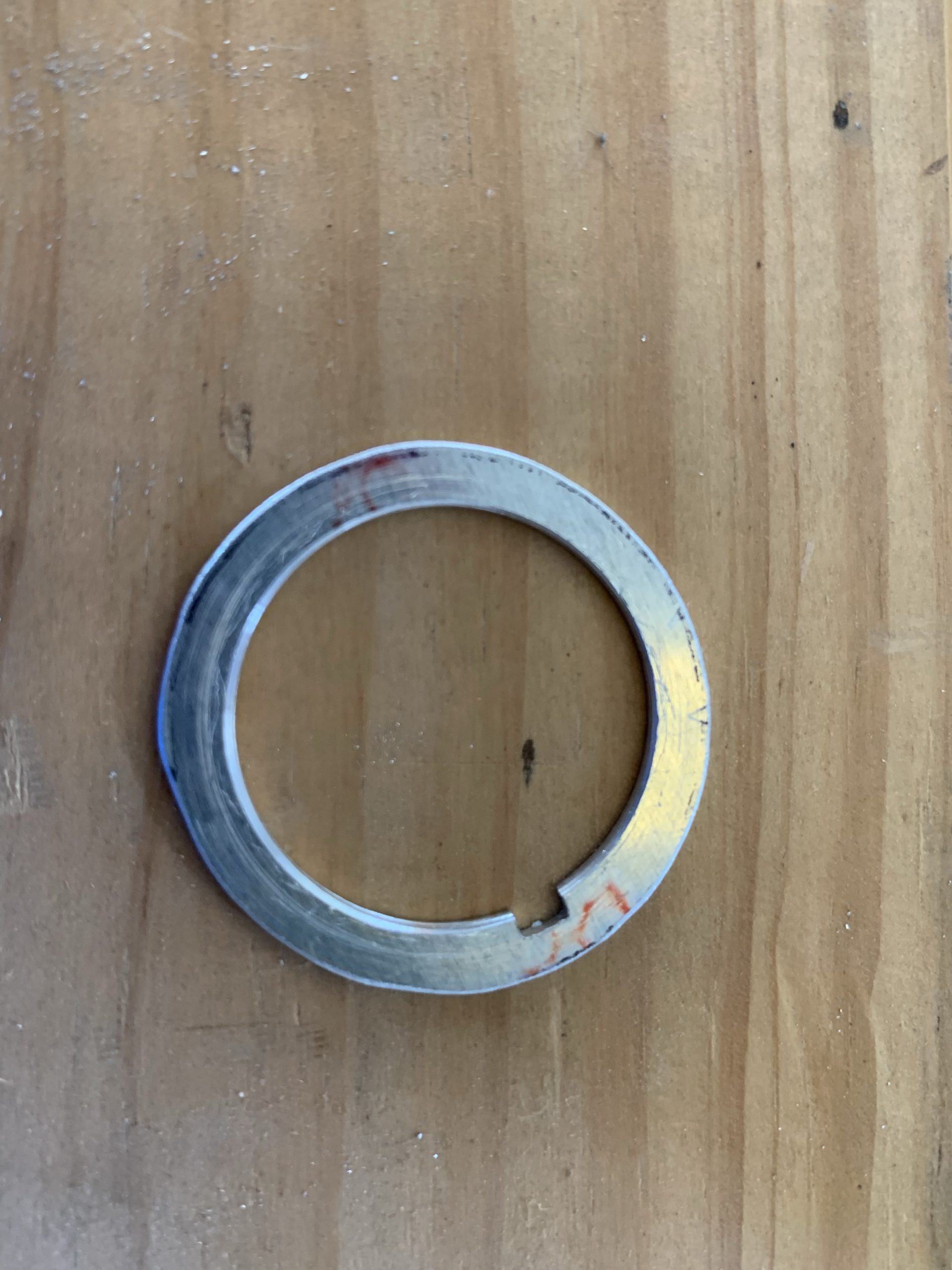 Finally, though, I got everything installed and now I’ve got a nice little setup in place for the backseater: 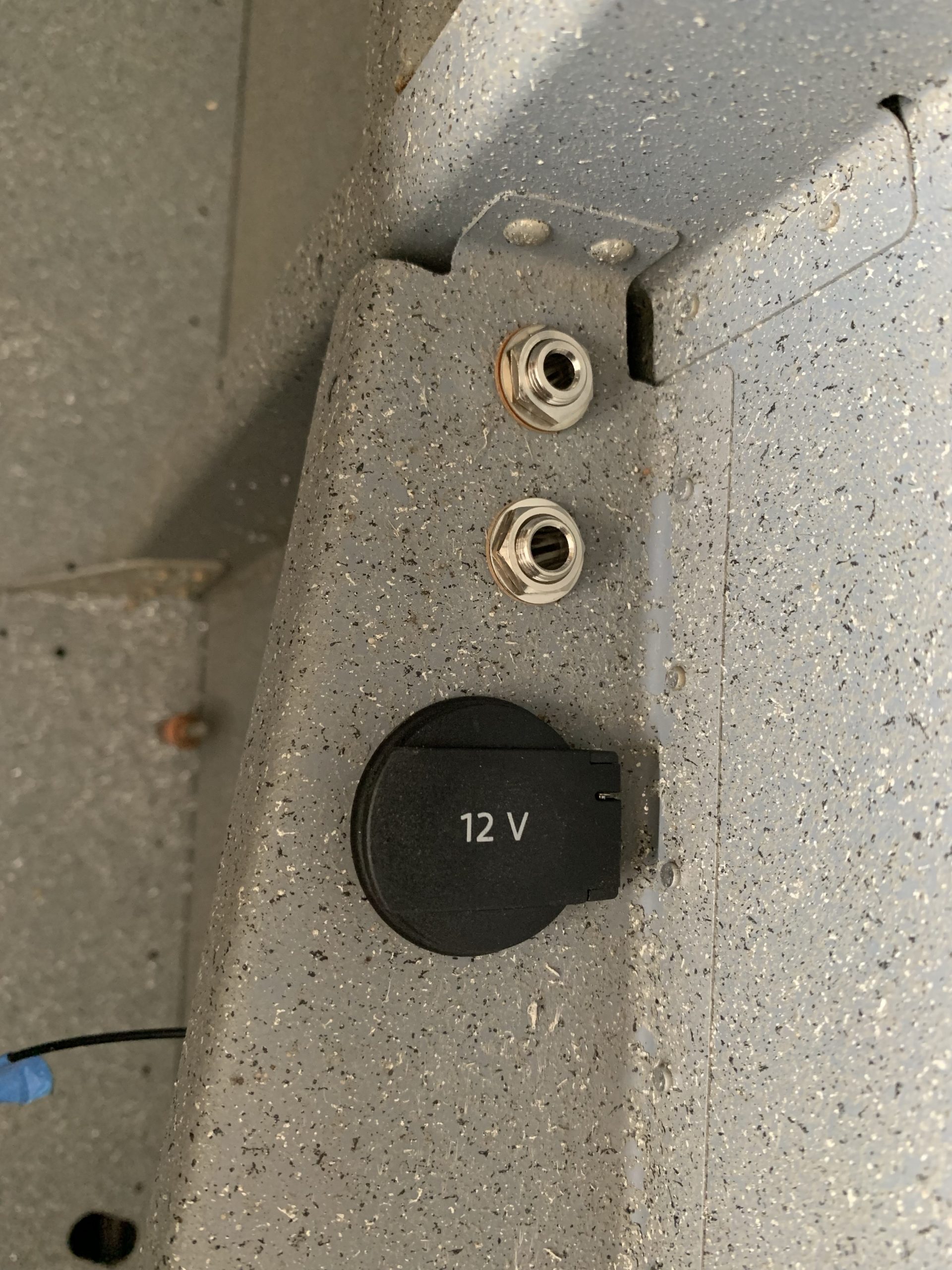 Next I went to work on wiring the front headset jacks, which went pretty well other than the soldering being a lot more awkward due to the position of the jacks. Once I got those done, it as time for another headset test. I repeated my test from the previous night, plugging in a headset, testing talking to myself on the intercom, and then testing transmitting with my handheld, all of which worked perfectly.

For my next move, I figured I’d plug up headset front and rear, and get Josie to come out and try a two-person intercom test. Unfortunately, this is where things got interesting. I’d been testing previously with a cheap Flightcom headset; for this, I got out my Lightspeed Zulu, but the moment I plugged it up in the rear jacks there was an obnoxious tone. Eventually I figured this was coming from the Lightspeed set itself, and only happened when I had the microphone cable plugged in.

One thought I had was that the jack might be grounding out on the armrest, even though I carefully installed the isolating washers. Just for fun, I took the jacks back out of the armrest and tested again…same result. So I have no clue what might be happening here…guess it’s about time to run this by the VAF brain trust.