So tonight I picked back up on cabin wiring. I briefly started looking at the charge ports, but sort of randomly decided to look at the headset jacks instead. I spent a bit of time looking through my schematics again to refamiliarize with how I’d set up the audio cables before going to do actual work. I did the rear jacks first simply because those wires could be easily accessed from outside the fuselage. The front ones won’t be as much fun; I’ll probably have to sit inside the fuselage while I work on those.

I also wanted to double check that everything was OK on the airplane to apply power again. There are a lot of missing components, most notably all the stuff on the aft avionics shelf, so in the end I decided to pull all the fuses except for the one for the radio and intercom, since those were the only things I’d be testing. I also temporarily reinstalled the com antenna with its short test cable, since I intended to actually test the radio.

Finally, I got to the actual wiring. Out of an abundance of caution, I wanted to test the jacks before doing any soldering, just in case I’d gotten something wrong. So after stripping the wires, I used a bunch of test leads to connect the jacks and then plug in a headset. The result was a little crazy-looking, but it served its purpose: 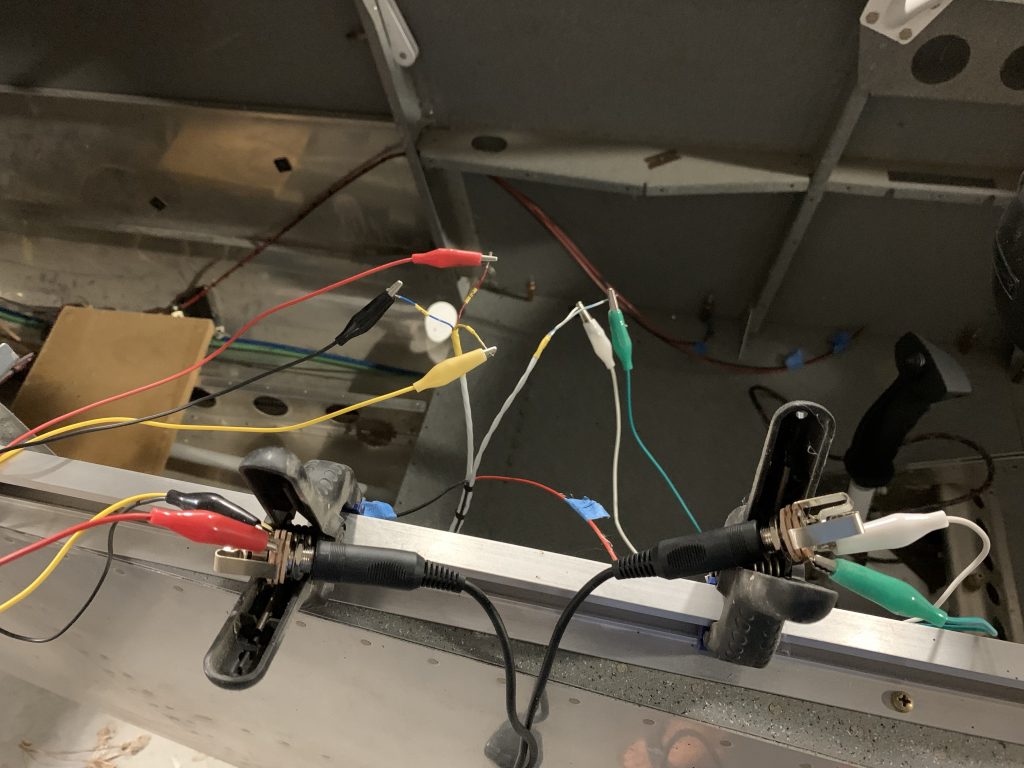 I was quite happy to find that everything worked just fine. I could hear myself talk in the microphone, and when I brought over my handheld radio and did a test transmission, I heard myself loud and clear. I would have liked to have tested transmitting from the airplane as well, but I don’t have either PTT switch wired up yet – those are in the stick grips.

So with everything testing out OK, it was time to break out the soldering iron and get to work. This was a little more fun than most soldering, since there was no good way to bring my helping hands setup into play, but I got it done and only burned myself about three times. And a final function check after soldering also passed with flying colors.

Now I’ve just got to drill the mount holes in the rear armrest and these can go into their permanent home. 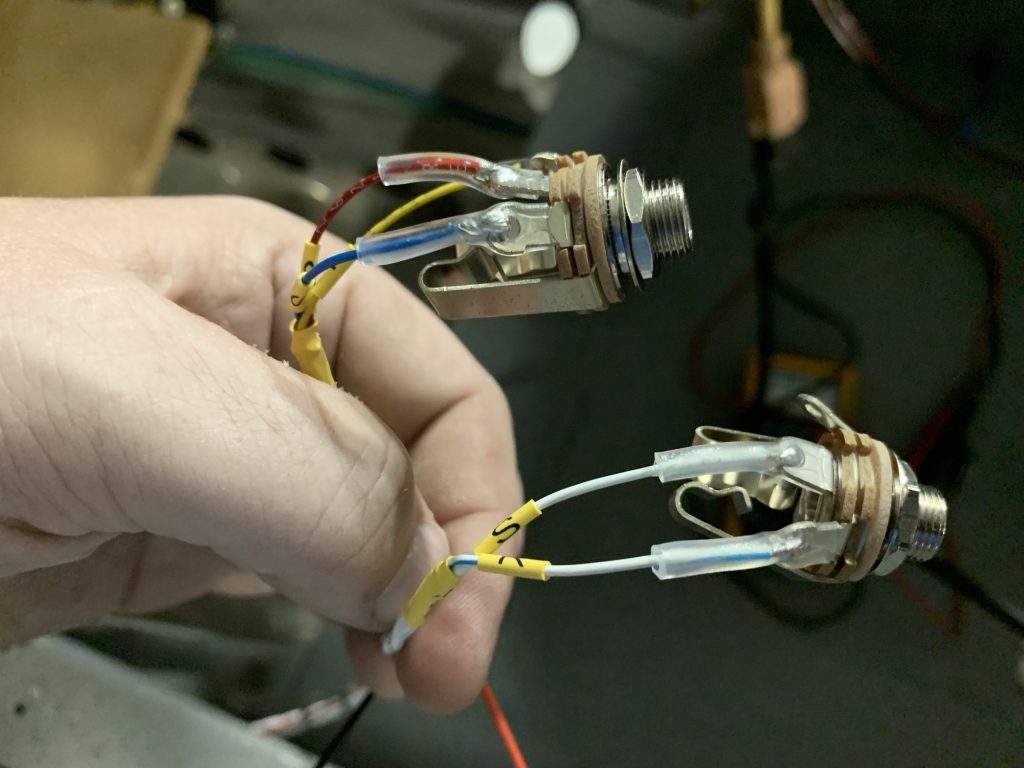