OK, it’s time to get back to airplane working again, after a week or so of Other Stuff® going on. Today I decided it was time to grit my teeth, make some holes, and get this center slide rail installed.

Doing this meant first removing the canopy frame and the rail so I could mark a centerline on the turtledeck, which I did by stretching a piece of string between the forward- and aftmost bulkheads. With a few Sharpie marks made, the canopy rail went back in place, as did the frame. The latter was to ensure that I kept the spacing I wanted up in the receptacle area, with the slide block, anchor block, and so forth.

I already had the pilot holes in the rail from before, so I used those to initially drill #30 through the skin, which was easy except for the hole in the forward end of the rail. This sits down inside the receptacle area, and there’s absolutely no space to get a drill in there. That’s probably why the instructions said to drill this hole from the inside, but I couldn’t figure how I’d position it accurately doing that, which is why I drilled the pilot hole.

Getting this hole drilled was fun; I resorted to putting a short threaded bit for the angle drill into the pilot hole, and spinning it by hand – a lot – until I had a decent little pit created in the receptacle floor. With the rail removed, I then (just barely) had enough room to get in there with the angle drill and make the hole.

This brought me to getting the holes to final size for the #6 attach screws. I discovered while doing this that, for some reason, I have a #28 drill bit for this (which is a good snug fit for a #6), but my countersink bit has a #27 pilot. Which means I had absolutely no way of drilling the screw hole and then countersinking it. To solve this problem, I countersunk the holes while they were still #30, using that bit, and only then opened them up to final size. Sorta roundabout, but it got the job done.

Finally it was time to go crawl back in the tail again. With Josie holding the screws from outside, I installed the nuts and washers from inside, and also opened that forward most hole to #28 from inside – which apparently was an operation that needed to be photographed: 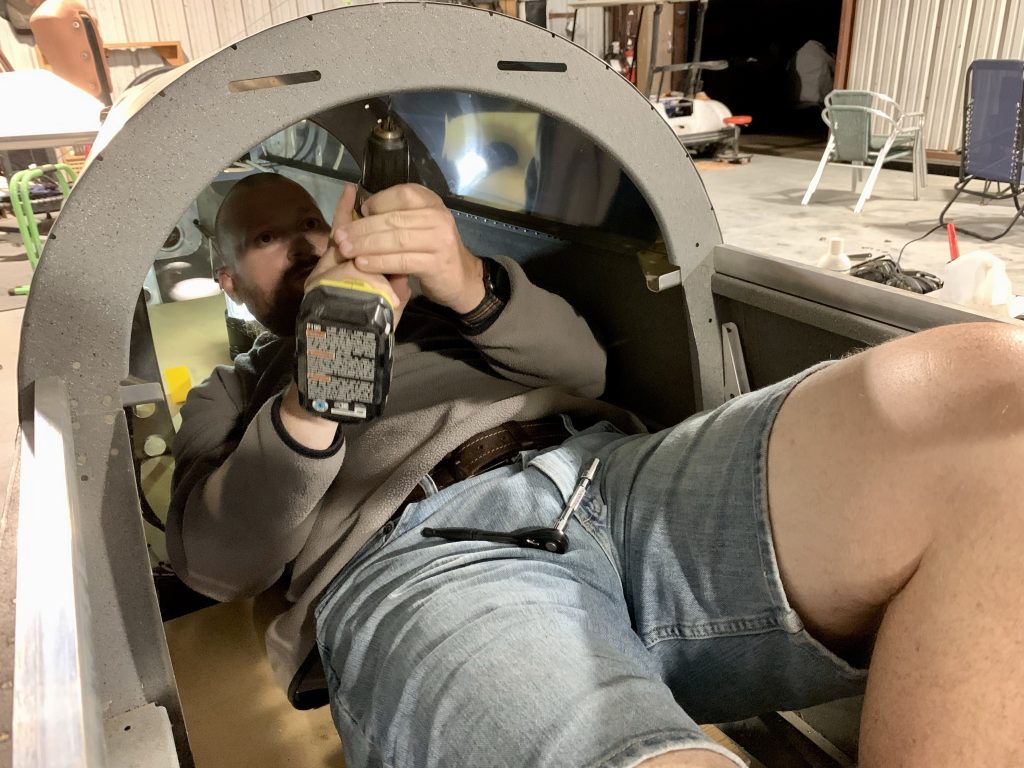 After that, I got the frame installed once again, and tested canopy movement. Strangely, the slide block seems to bind up just a little bit – not enough to prevent movement, but it seems to drag a bit. Something to look at later on, I guess.

I’d intended to clamp the side rails in place, but discovered that I’m not entirely sure how to do that. Probably not a difficult problem, but it made a good excuse to call it a night. In the meantime, here’s a look at the installed rail: 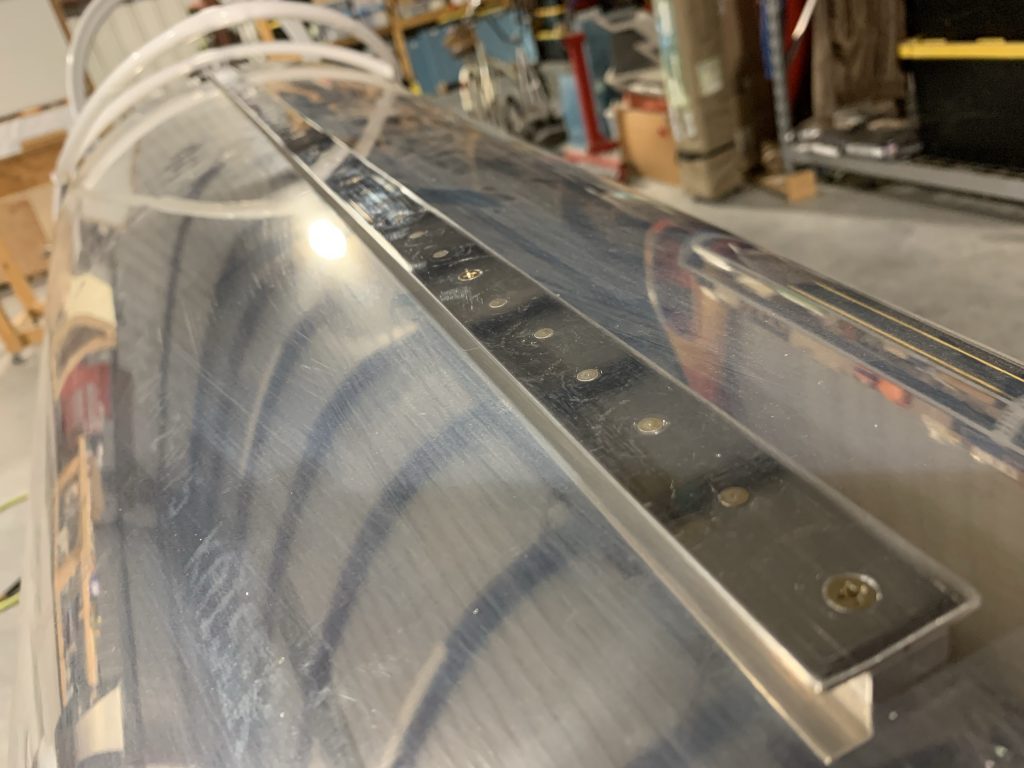