Got a nice early start this morning before it got stupid hot outside. I managed to finish up all the ground terminations by 8:00, at which it was time to stroll across the runway for Sunday Coffee Club. That was followed by several hours working on a Helio Courier that was donated to the Waller County Aviation Museum. Finally, I got back out and finished up the cable lacing and securing in the ground bundle area: 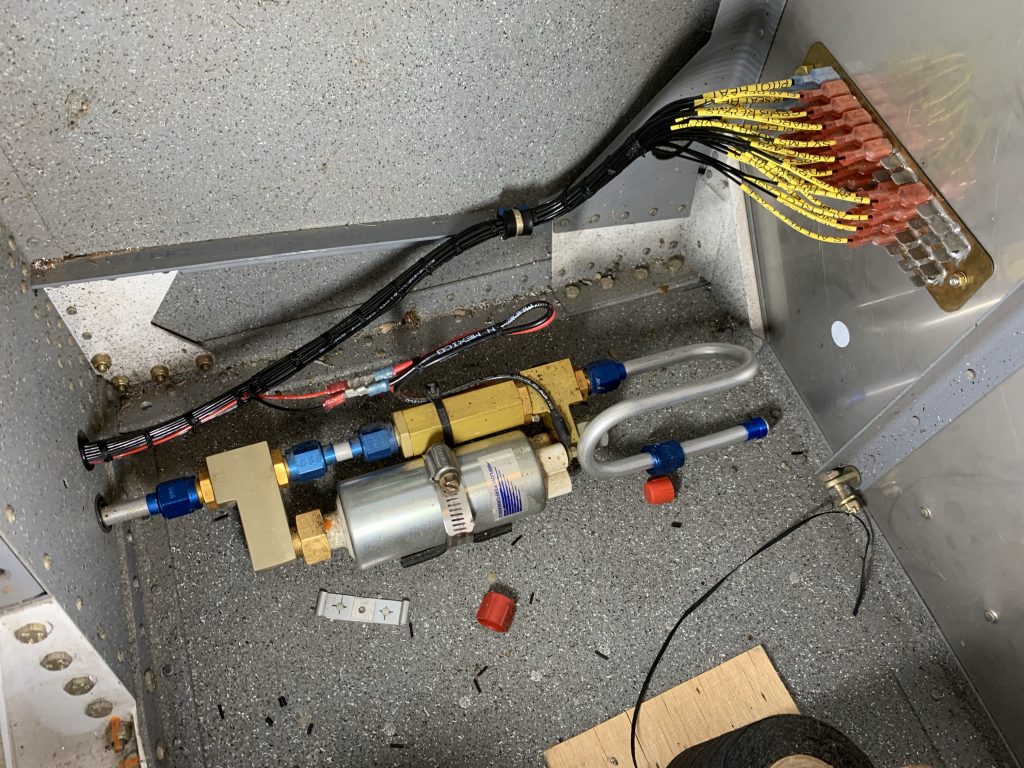 At this point, I decided it was time to work towards actually powering up the panel. There was still a decent amount of work to be done before that, mainly from a quality-control (read: avoiding release of the magic smoke) perspective. What I decided to do was to disconnect every avionics connector in the airplane, apply 12VDC to the fuse blocks (with fuses installed, of course), and probe every pin in every connector, confirming that only the ones that were supposed to have 12VDC had it. After all, I figured the most likely cause of magic smoke release was putting bus voltage somewhere it didn’t belong.

That bit of testing took some time and was pretty tedious, and I also did the same testing for good grounds, ensuring everything was kosher. I also built out coax cables for the com radio and GPS-175 – I didn’t want any chance of something being damaged by powering on with no antenna connected. But finally, I had the panel and avionics shelf in, everything in place, and the main bus block tied to the power supply. I looked everything over one more time – that’d be a lot of money to ruin – took a deep breath, and flipped the switch.

What I got was not what I expected at all. A couple units flickered on briefly, and one display showed a splash screen for a moment before going dark. Was this the normal boot sequence? Nope, another flash, another brief splash screen, nothing. This seemed indicative of periodic voltage drops from the power supply, and checking across the terminals with my multimeter confirmed it – the drops were large enough to be noticeable on a relatively slow-responding digital multimeter.

Strange – this was a 12A power supply, and by the book all the avionics together should draw under 6.5. But still, I started pulling fuses – maybe I just needed to shed loads a bit. I eventually got down to just the two HDX displays, but still got the same results.

A this point I gave up and went inside for dinner. After thinking it over, and chatting a bit on a phone call with my parents, I decided to try one more thing – bypassing the fuse blocks entirely, and trying to only power a single display. And here I finally had some success – the one screen was actually able to get through the boot sequence. Even so, the display was still flickering from time to time, so obviously this power supply is problematic.

At least now I know that both displays are functional. I didn’t get the full-panel “it’s aliiiiive” photo I was hoping for, but I guess one display lit up is still something: 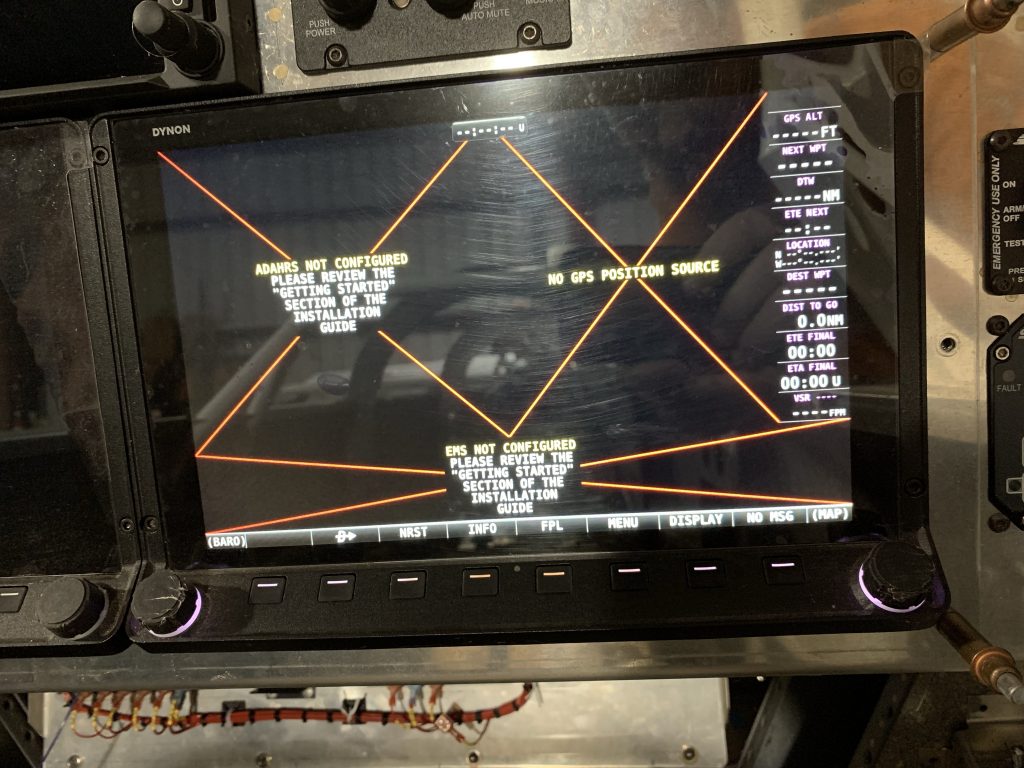 So, where to go from here? I may see if a neighbor has a better power supply I can bother. I may also try adding a 12V battery in parallel to the power supply to try and smooth things out a bit – it’s not a perfect solution but maybe it can at least get me through some initial testing.