Started off today revisiting that countersink bit chunk that was tuck in the longeron hole. At first I wasn’t getting anywhere, but eventually instead of trying to drive the thing out, I got a fresh bit and tried using that to push the broken off part out from below…and it popped right out. Should have tried that a while back, I guess.

Then it was time for some terminations. First was the short pigtail for the fuel pump – I’m using handshake splices for this connection. It occurred to me today that blade terminals might be nicer down the road, but I don’t have those in the right sizes, so handshakes it is. I needed to do the pigtail first because the fuel pump ground was the last wire to add to my bundle – I temporarily removed it while pulling the bundle through the gear tower. While working on this stuff, I also went ahead and laced the bundle up to and a bit past where the pump pigtail comes out.

Finally, there was nothing left to do but to start trimming and terminating the actual grounds. I got through eight of them (out of, I think, thirty-some) before calling it a night. These went pretty quickly, so I’m feeling confident about wrapping the rest of these up tomorrow – though there will be some pauses to handle lacing up the bundles. I want to go a little beyond just lacing the big bundle until it splits to individual ground tabs, maybe lace together batches of eight or so just to provide some vibration support closer to the tabs.

But hey, I finally have a photo again: 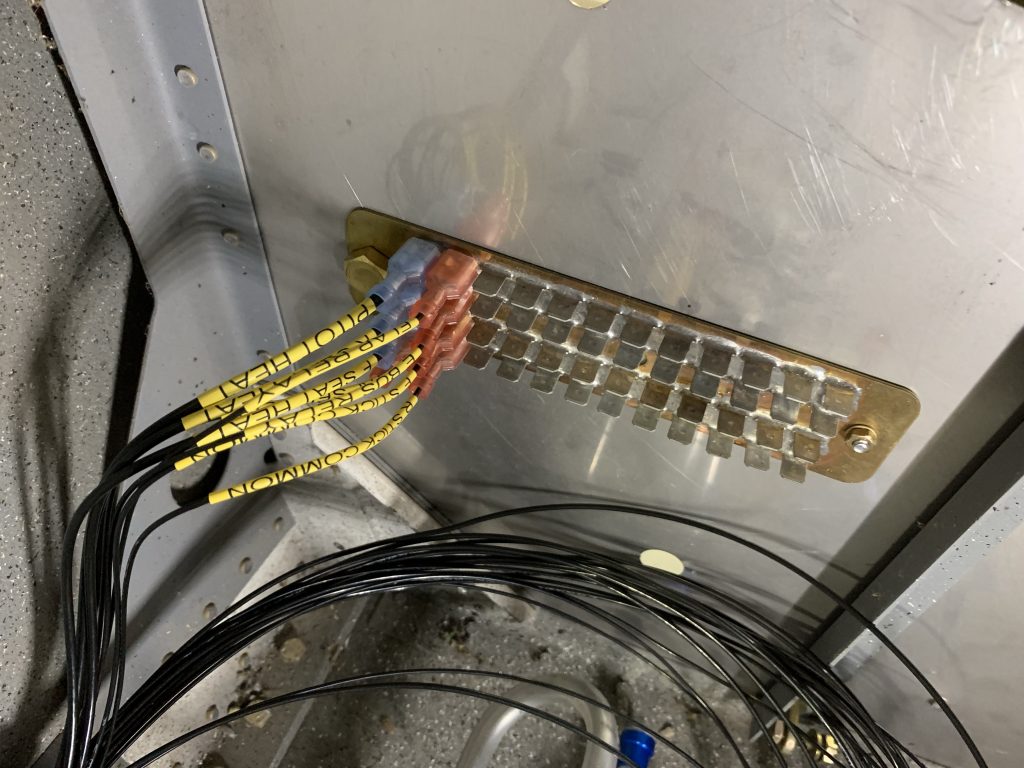