What to do next? I feel like I’m in a weird state where I have plenty of small things to do but somehow it’s hard to decide which to work on at any given point. Well, tonight that thing was the OAT (outside air temperature) sensors. The Dynon OAT sensors connect to the ADAHRS units; this is why I have two to install (one per ADAHRS).

I’ve been sort of thinking for a while about exactly where to locate these. Some folks really like to put them out on the wings, but I didn’t want to deal with the wiring to make that happen. Second-best choice seems to be back at the tail. In this area, there seem to be two locations that people use; the first is on one side of the fuselage, under the horizontal stab, the other is on the aft most bulkhead, so the sensors are inside the empennage fairing.

I kind of liked the first idea from the perspective of keeping the exterior of the aircraft clean (plus not drilling more holes in my skins), but there are a couple potential issues with that spot. The first is that as the name of the sensor indicates, it really is supposed to go outside the aircraft; the idea is to read the ambient air temperature. Arguably, the area inside the empennage fairing isn’t really getting warmed by anything, so the difference might be trivial in most aircraft, but I expect to have the tail painted a dark color, which means there’ll be a good chance of significant solar heating of this area.

So it seemed that outside was the place to go. Next question, where back here? My strong desire for symmetry made me want to put one sensor on either side of the fuselage, but I didn’t like the consideration of dealing with the wiring for this – specifically routing one pair of wires from one side to another, in a way that it wouldn’t have a chance of interfering with the elevator push tube, which will pass through here. So instead I just put both sensors over on the right side.

That just left making the holes; laying them out far enough down to be away from the longerons, and properly spaced apart. Next was feeding the wires for each sensor through the hole, then feeding the nylon washer and nut from the backside and getting the sensors snugged in place: 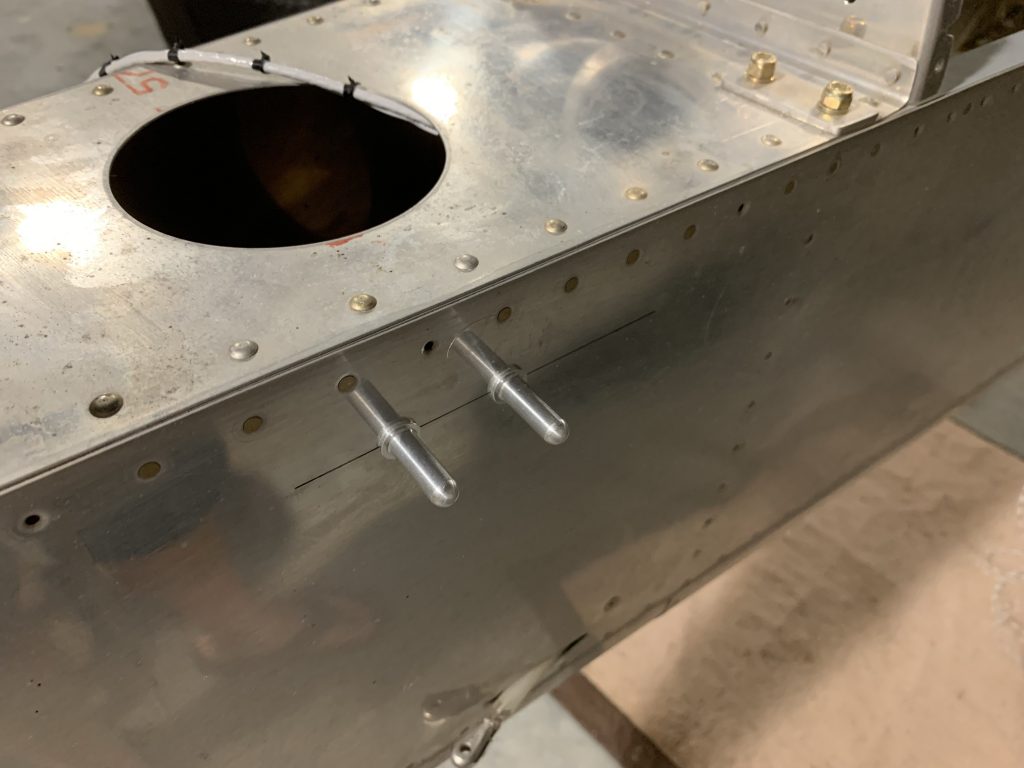 Then I fed the wires forward, where they’ll run alongside the elevator trim and tail light wires. A look at the backside of the sensors through the aft deck: 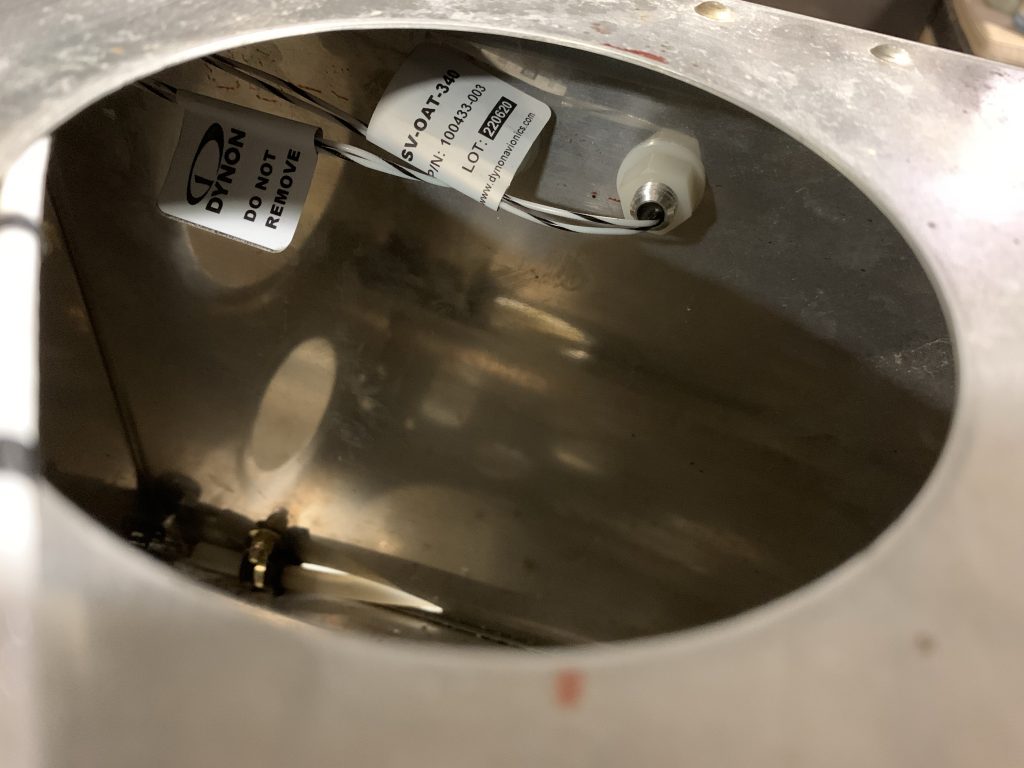 Then I got to re-lace the wire run I put together a while back, adding the OAT wires to the bundle: 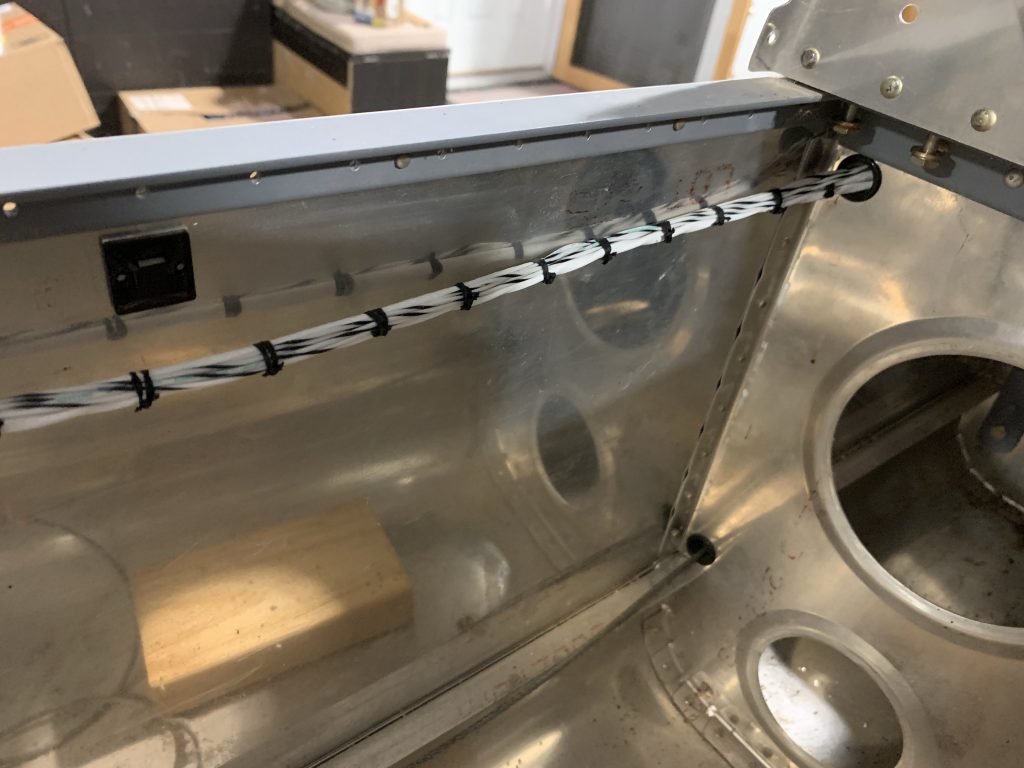 Next up I’ll need to get these terminated at the ADAHRs units. Which is another decision point; both sensors came with a lot of wire, pre-terminated with micro Molex pins. So I have a choice of either retaining the full provided wire length, which means coiling up and properly securing several feet of extra wire, or trimming and re-terminating the wires…assuming I even have the micro Molex pins on hand. I think I do, but I’m far from sure, and I didn’t check before coming in for the night. I’m leaning towards the latter just because my desire for neatness will be offended by coil of wire just sort of hanging around.

Another thing I did tonight was to finally commit to removing my fuselage rotisserie fixture. After thinking it over a lot, I don’t think I’ll need to roll the fuselage over again, and I want to have access to the firewall so I can start working on stuff there. First and foremost will be getting the ground bus installed and doing all my ground wire terminations, but there’s also adding the wiring passthrough hole on the right side. Once that’s done, I can pull through the harness bundle, then feed the ignition coil connectors back through into the cabin, and finish lacing up the harness section that’s waiting on that bit.

All that is to say, here’s the first look I’ve had at the bare firewall in quite some time: 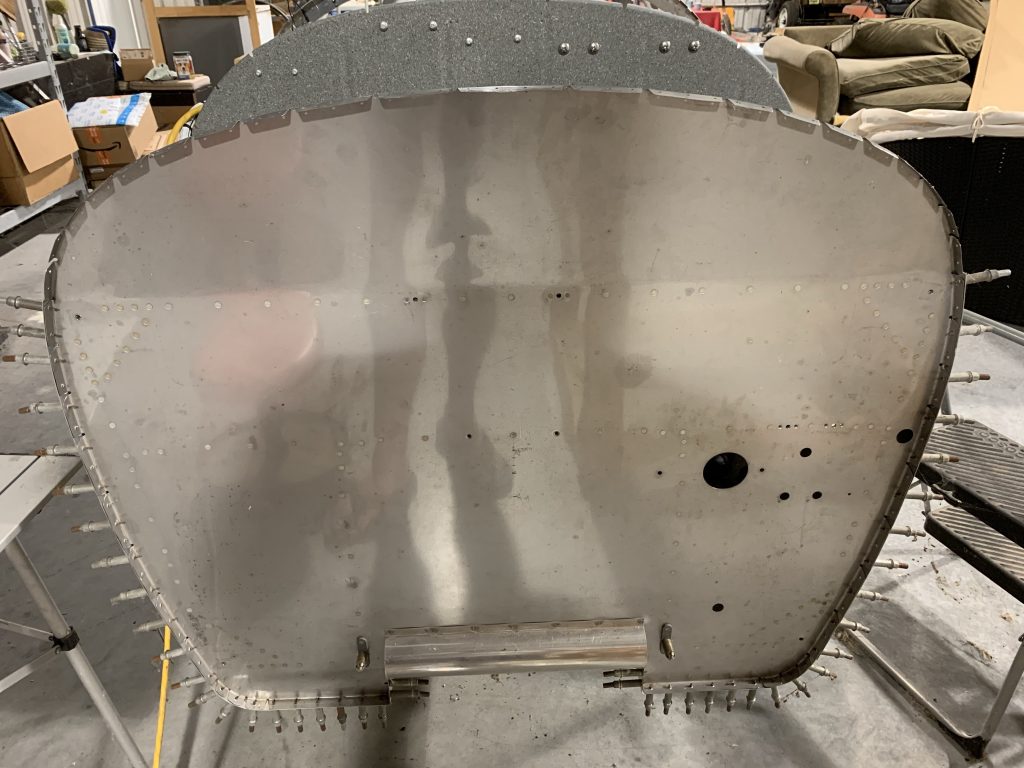