Tonight was the second and much longer of the antenna cable I had planned. Whereas the transponder cable just has a short run from the shelf to the other side of a bulkhead, this one has to run all the way to near the spar carry through and then back to just ahead of the rear spar. It could be made shorter, but I’d have to add another rear spar penetration hole and live with this cable not being accessible without removing the seat floors. So I’ve always been planning to route it through the conduit, even if it made for a longer run.

The other fun part about this cable is that I couldn’t just fab the whole thing up on the bench; one end of it had to be terminated in place. That wasn’t much of a deal, though, just slightly more inconvenient. Once I’d finished the terminations and tested the cable, I went ahead and secured it in the seat-floor area. Some of those nice zip tie pads keep it tucked against the seat rib, and then it’s laced into the wire bundle going across the bay. Everything ended up nice and tidy: 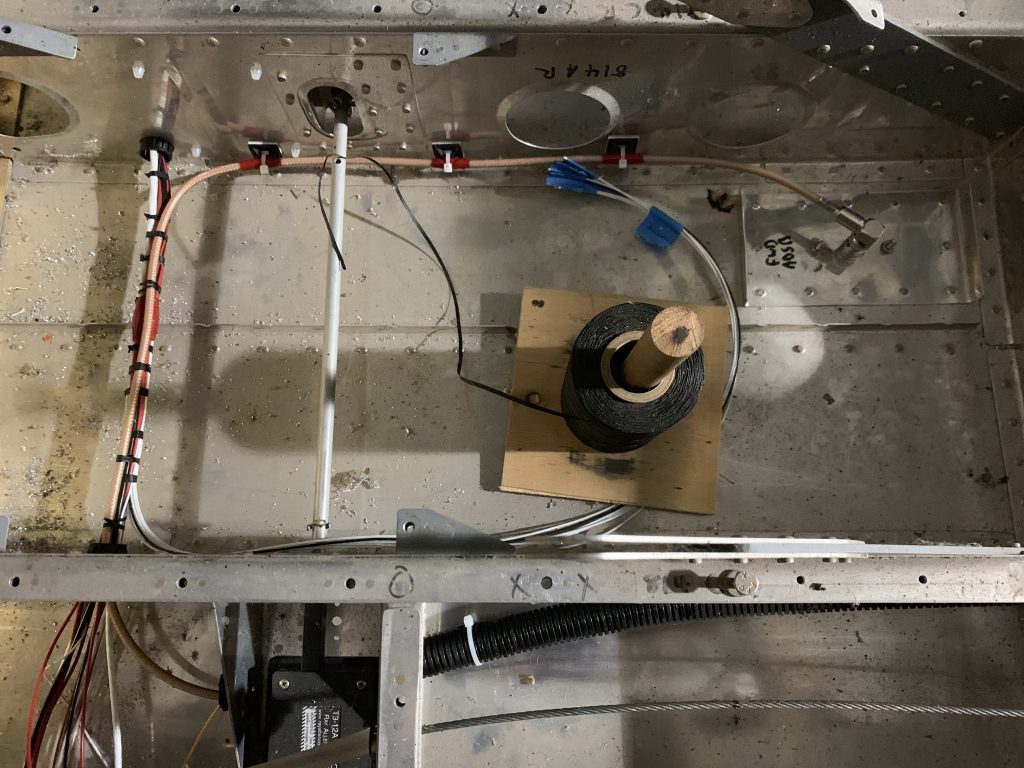 I’m a bit less satisfied with the aft end of the run, though. I cut the cable a bit long, figuring I could deal with slack back at the avionics shelf, but I’m not really liking how all the slack ends up back here. I’m probably going to re-trim this end of the cable and put a 90° BNC connector here instead of the straight one. That should eliminate the big sweeping bend here that would otherwise be a little tough to secure to my satisfaction: 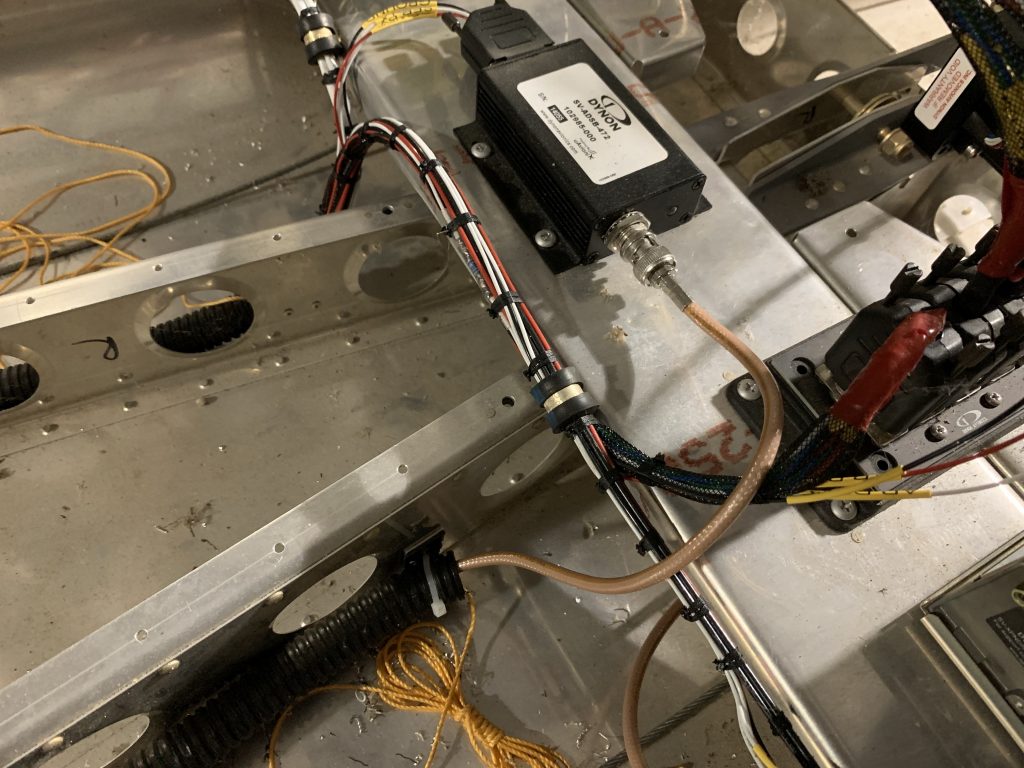 I’ve still got to figure out how to secure the transponder cable from last night where it ducks under the shelf as well – so far I haven’t had any bright ideas on that one. Maybe a small piece of angle, riveted to the shelf flange, and with a couple holes drilled, could become a little zip tie mount pad. But then I’d have to think about the rivet heads possibly chafing the wire bundle…hmm. Oh well, more thinking to do there.