Just chipping away a bit more today. I ended up revisiting some of the network cables from last week – I noticed the braided wrap around them (which I tried to pull somewhat snug) wasn’t being held by the heat shrink at the D-sub back shells and starting to pull out, so I added some silicone tape for extra security. I think if I make any more of these, I need to 1) cut the wrap a bit longer and 2) use a longer piece of heat shrink. Or maybe just preemptively wrap with tape, I dunno.

Anyway, next I moved over to the fuselage to work on the voltage regulators. These just use ring terminals for the connections, which sort of simplifies the work here but also means it’s easier to mis-connect things (both today and later on if I service anything). I took the extra time here to trim each wire individually to not only make things look nice and tidy, but also make it more evident which wire goes where. Still, it’s a little non obvious, so I’m also thinking of adding labels on the regulators themselves to show which terminal is for what…otherwise any time these get removed and reconnected it’ll require referencing the documentation.

It does look tidy now though: 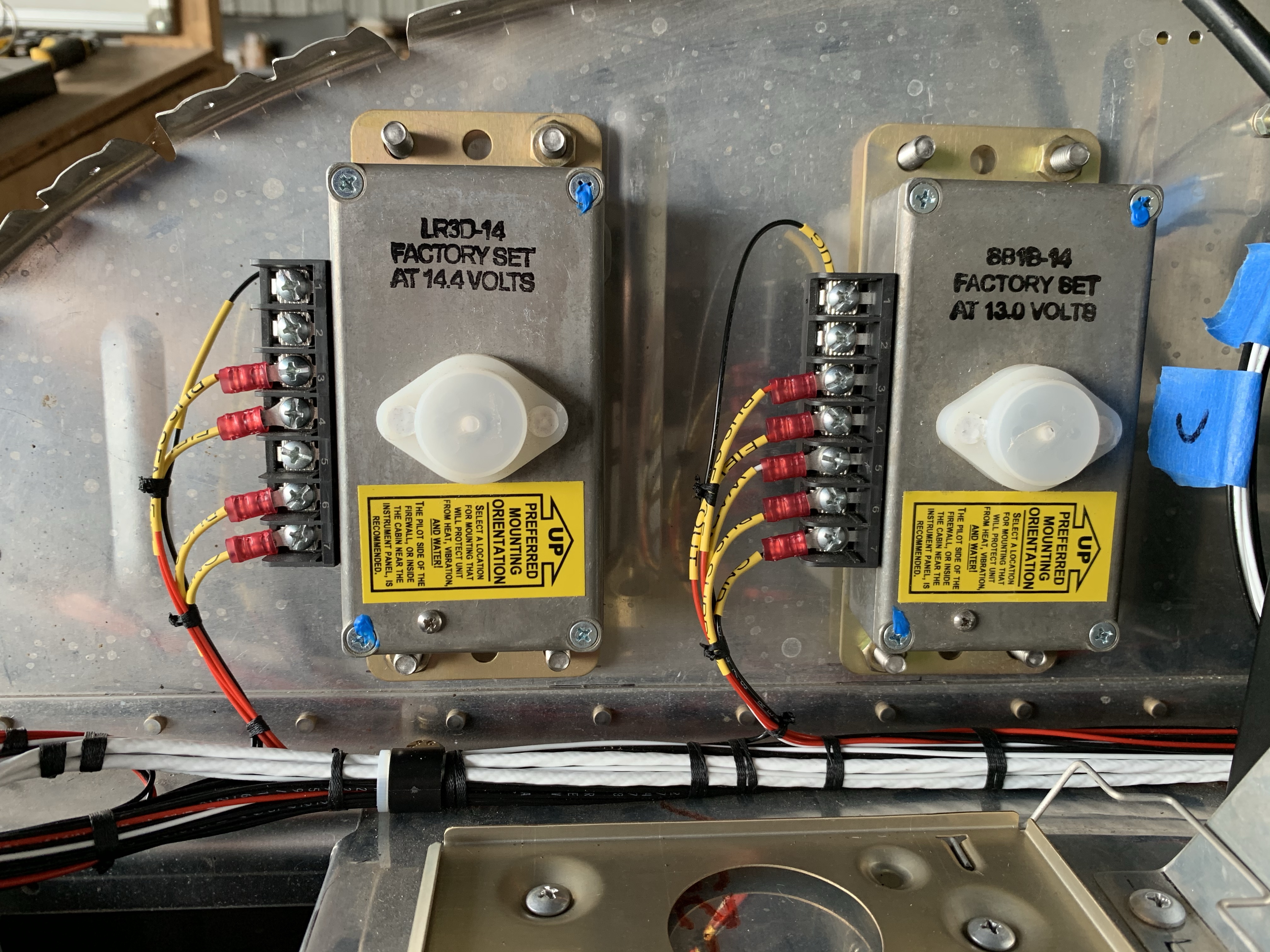 I attempted to go back out and work a bit more after dinner, but the mosquitos are pretty bad here after the last couple weeks of rain – especially if it’s after dark and you’re inside a brightly lit hangar with the doors open. And it’s a bit too warm to just shut the doors, so…we’ll pick back up tomorrow.