Well, at least there were no tornados tonight, that’s something. Anyway, I figured I’d pick back up with the aft shelf wiring, working towards the couple of remaining terminations (the transponder and network cable). Both of these branches are pretty obviously longer than they need to be, so the first order of business here is to finalize the actual routing so I can figure out how much trimming I need to do on those branches.

So I started with lacing the harness where it comes out of the conduit, intending to work from there. I got as far as where the harness needs to split and then got hung up a bit thinking about the rest: 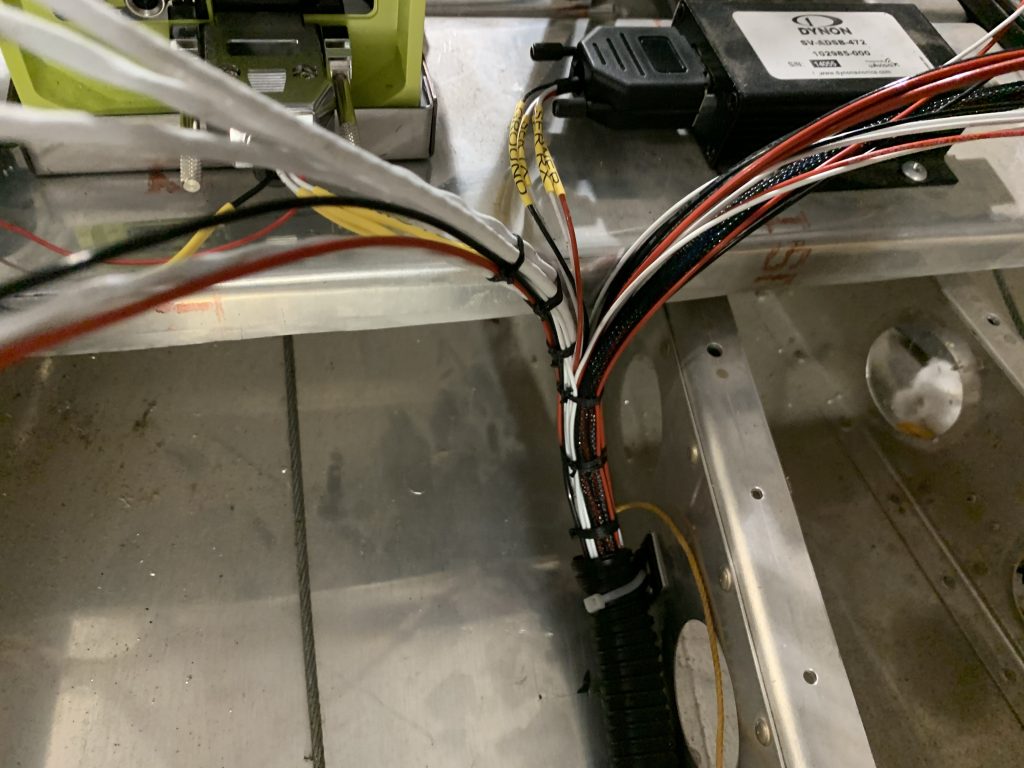 I don’t really like how this is tending to put tension on the ELT plug, so I think I want to add something here to secure the bundle a little further left to relieve that tension. I think I’m going to use an adhesive pad with a zip tie here, but not 100% sure yet. Instead I got to thinking about how the rest of the routing would go here, which also includes the power/ground/disconnect branch to the autopilot pitch servo. I decided that to really finalize the routing here, I should get the servo temporarily installed as well, so I took a break from working back here to work on the servos.

I’ve had both servos on hand for a while now, but neither have any kind of connector. The servos use a modified Skyview network connector – they retain the two data pairs, but instead of the two power/ground pairs and an aux line, there’s just a single power/ground pair and the disconnect line. An important point here is that mixing up normal network connectors with an autopilot connector could cause damage to other components; presumably the direct power feed from the bus is higher voltage/current than the network feeds.

Anyway, the takeaway from this is that I wanted to be careful about these connectors to avoid the possibility of making this mistake. What I decided a while back was that the pitch servo will have a DB9 connector and plug into the network hub, but that connector will only house the data pairs. The other three wires will be separated, and be connected to the harness with simple D-sub pins and sockets, secured with heat shrink.

A nice consequence of this is that it sets a standard that prevents mix-ups later. In order to plug into the network hub, the connector needs to be female. And since I want both servos terminated the same way, that means the roll servo – which will have all wires in a single connector for simplicity – will also have a female connector. That, in turn, means that the servo cable that will run out the right wing will be impossible to accidentally connect to a regular network device.

That’s a big long intro for just saying that I proceeded to sit down with both servos and finish out their harnesses. Below you can see the roll servo on the right, and the pitch servo on the left (with the separated non-data pigtail): 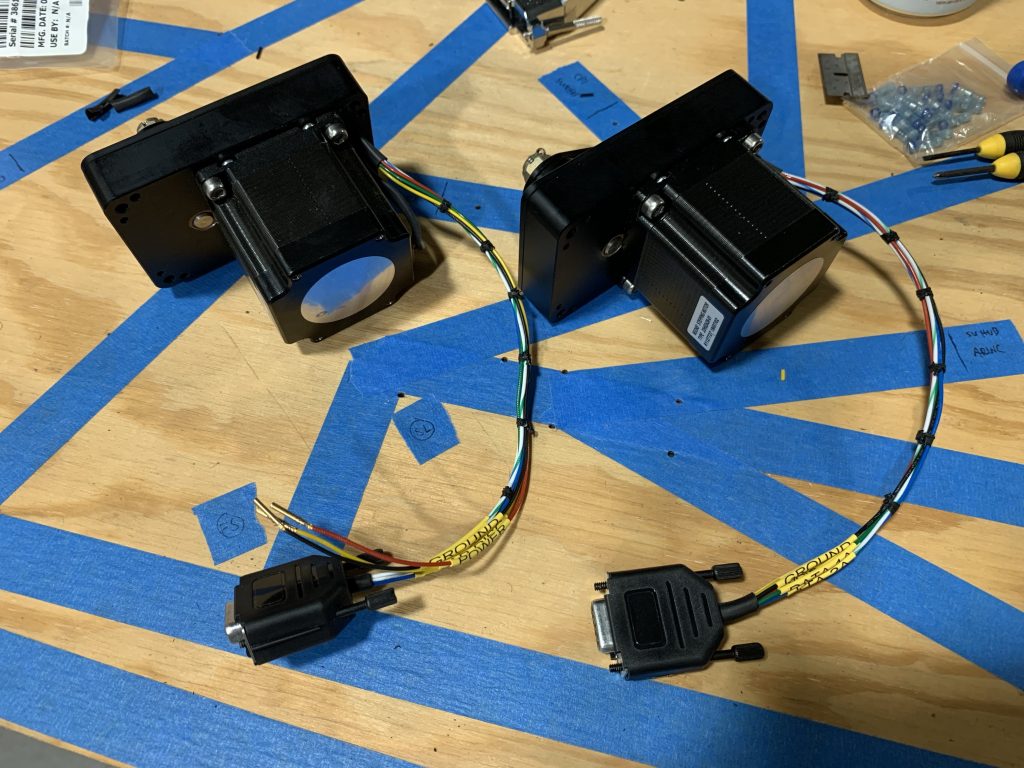 And finally, I temporarily installed the pitch servo to get ready for handling routing concerns: 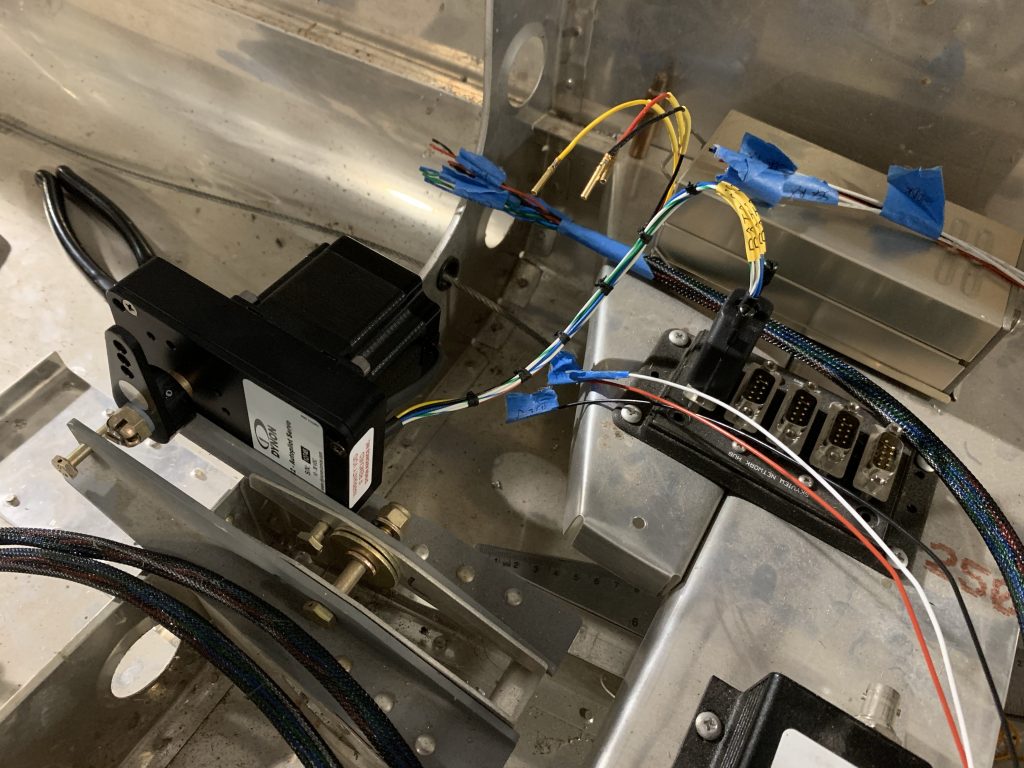 So maybe tomorrow I can actually get to terminating the network and transponder branches. I think that’s the next logical step, followed by working out securing and routing the other branches from this area.