As mentioned last time, after realizing I’d forgotten to re-add some local wire runs, I decided to work on the nav/strobe controller plug outside the airplane, since the three output lines were all local. These are shielded wire runs to the wingtip and tail lights, so I got to work with the solder sleeves and shield terminations and such. Then I just had to terminate the ground and two switched power wires (for activating the nav and strobe functions) inside the fuselage, and finish up assembling the connector.

I was a little worried about whether this short branch might interfere with the right passenger footwell, but after a bit of thinking, it should be positioned well by the main trunk once that gets routed into the conduit: 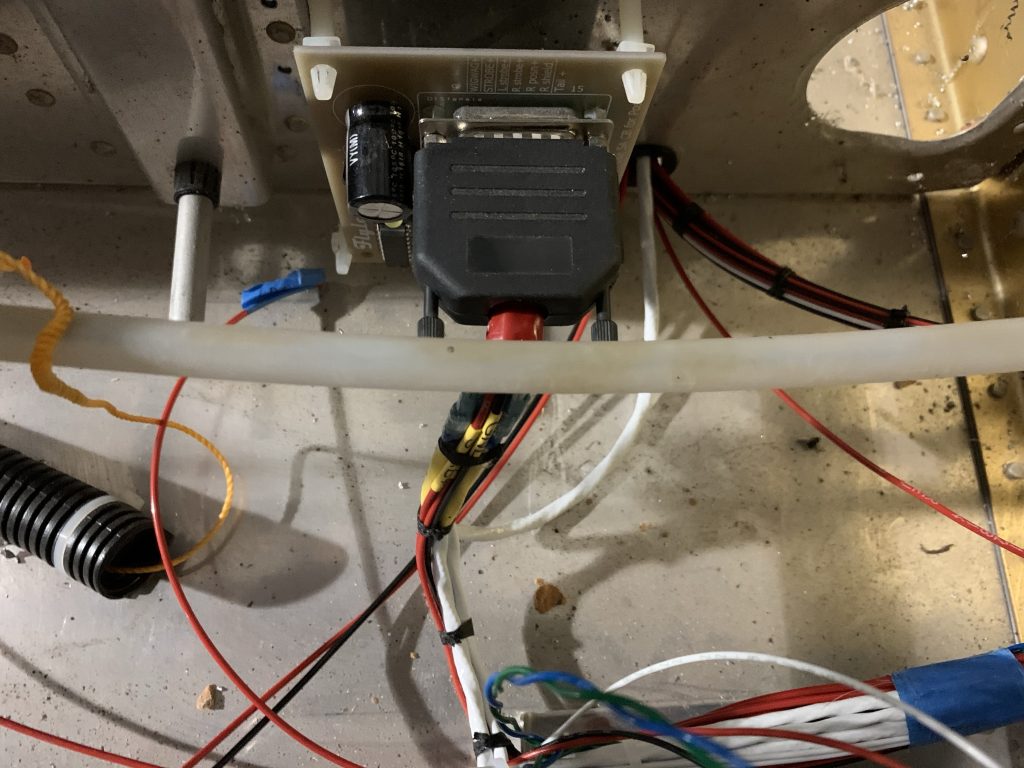 Next up, I worked on redoing the branch that crosses over through the seat ribs, the one I laced up last time out before realizing I forgot some stuff. I got to remove the old lacing and rework this one, but once that was done I got the pertinent part routed through the second seat rib: 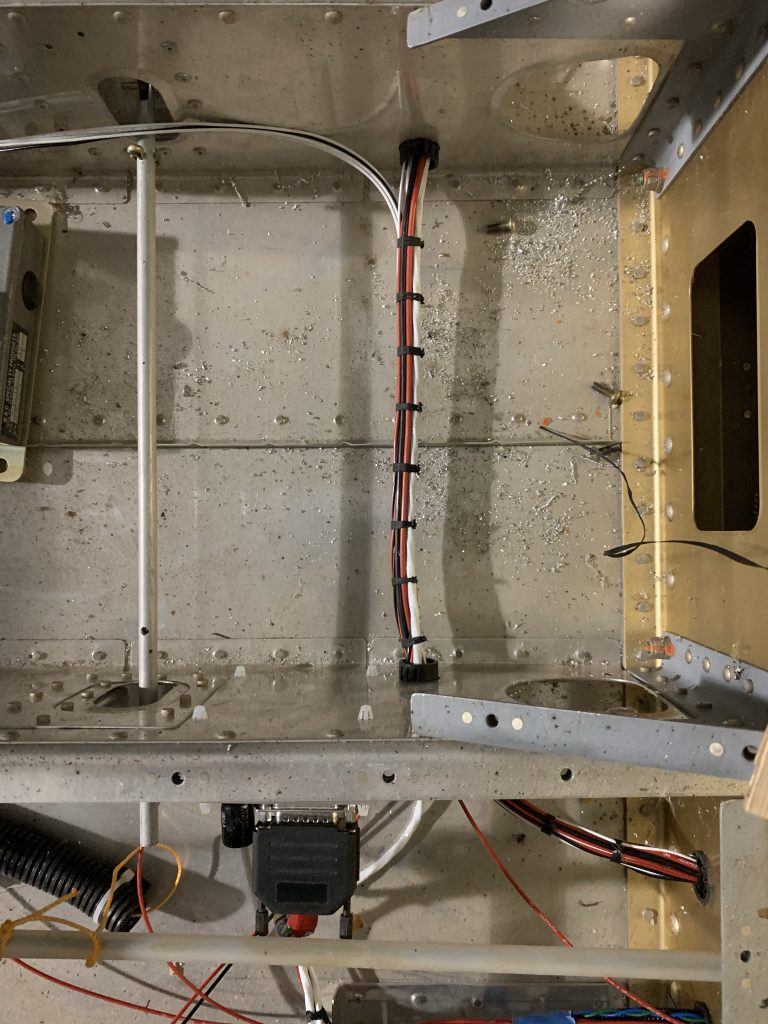 The harness splits here into two branches: the part that doesn’t go through the second rib is the branch to the rear control stick. The rest is stuff in the left bay: the roll trim servo, flap control relay deck, and the left wing connections.

One thing I’m realizing is that I probably need to clean out the fuselage and get it back on the rotisserie. Leaning over the side and doing this work isn’t really a whole lot of fun, and there’s plenty more termination and lacing to be done. I think from here I’m going to work in lacing up the right wing connection branch, and once that’s started, I should be ready to bundle up the remainder of the main trunk and get it pulled through the conduit.