Picked up tonight with some more cable lacing. This time I completed adding some of the previously orphaned wire runs to other bundles, and put a few laces on the stub for the right wing. At that point, I decided it was time to address the big fun of running the trunk through the conduit.

I spent some time looking at the length of the trunk, ensuring that every wire ends was wrapped with tape so there’d be nothing to hang up inside the conduit. In a few places some of the wrapping I’d put on previously needed to be removed and tweaked a bit. The one part I was a bit concerned about was where the trunk splits at the rear avionics shelf; I had those two branches taped off individually for organizational purposes, but that meant that when combined, I’d have a fatter bundle than I could otherwise get away with. But I liked this better than having to carefully re-separate those two bundles after pulling.

Just for more fun, as I was attaching my pull string to the end of the harness at the forward end, I pulled the aft end of the string into the conduit. I still haven’t tied those off at the aft end, a decision that finally came back to bite me. Still, it wasn’t a huge deal to fix – just like fishing the string through the first time, I pulled it out, tied the end to a cotton ball, and blasted it back down the tube with compressed air.

Pulling the harness itself was surprisingly easy. Things got a bit stubborn when the fattest part of the trunk was going through the conduit, and it took a decent bit of tugging, but overall it worked well. The only real casualty was that one of my retainer pads up front pulled loose of the 3M tape it was stuck to. That should be easy to fix, though, and honestly I could probably do without that particular pad if I wanted to.

In any case, everything’s looking a lot more tidy behind the spar now. Getting the trunk routed shifted the wingtip light controller branch over just like I thought it would, so it’ll be out of the way of the footwell. All I have left to do in this area now is to add the terminations for the wing connections: 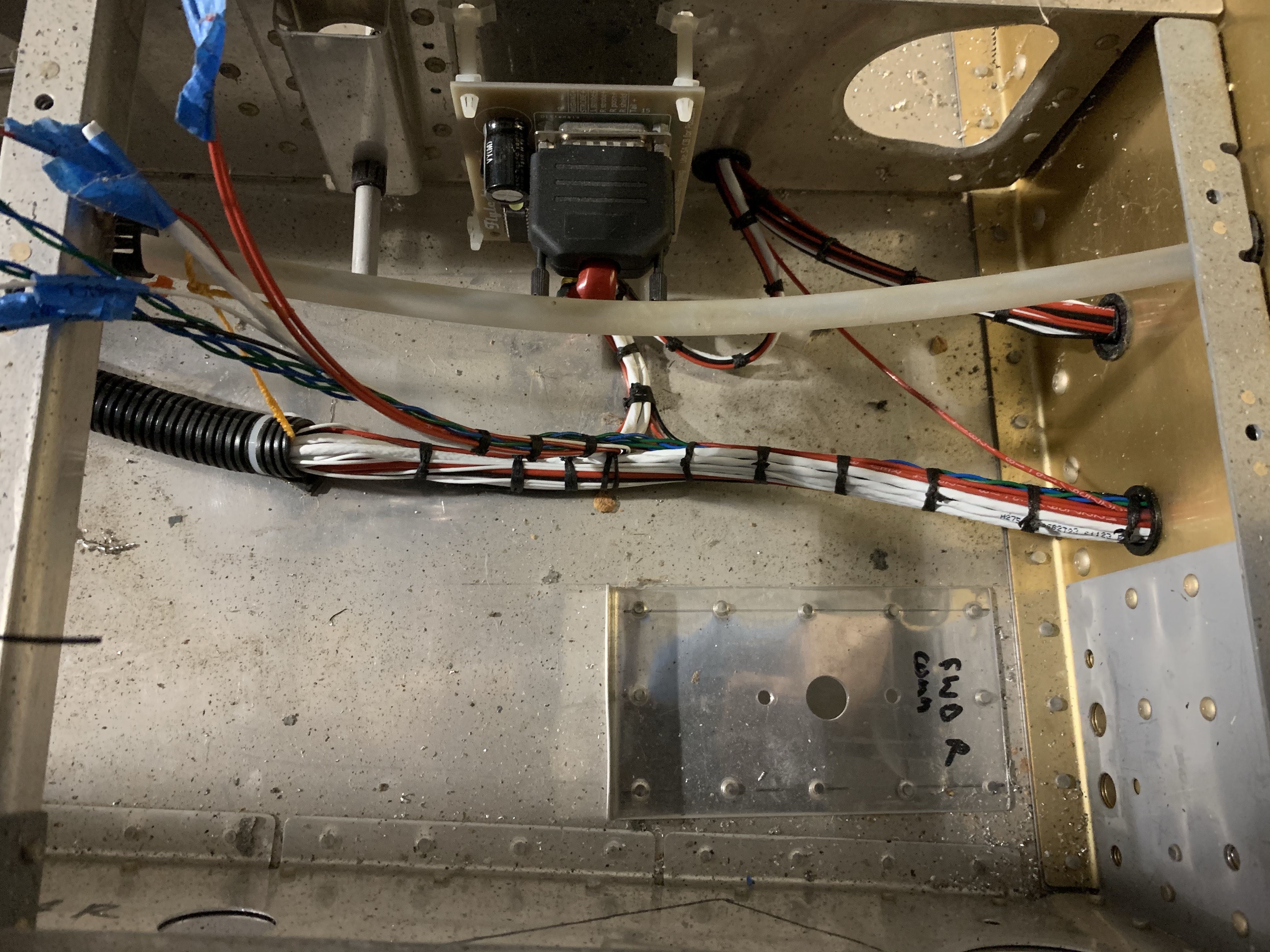