Not a ton to report tonight. I took care of securing the aft ends of the conduit runs to the baggage ribs, so those should be squared away now. Then I looked at allowing for routing wiring across the fuselage under  the seat floors; this is needed to get my left wing connections in place. I just drilled 3/4” hols through each of the indoor seat ribs and added snap bushings.

At that point, I figured it was time to go ahead and get the wire bundle routed over to the left side. So I started lacing it up starting at the spar, got it routed through the first snap bushing, continued lacing the part between the ribs, right up to where the rear stick run needs to split off. Then I realized my mistake – this run isn’t complete. These were a couple of the wire runs I removed to allow for routing through the spar…so I needed to add the left nav/strobe and flap control wiring. Which means I’ll have to remove and redo all this lacing. Not a huge deal, but still annoying.

I think what I’ll do for this next bit is go ahead and terminate the shielded wire runs from the nav/strobe controller board. All three of those were among the stuff I temporarily removed, so I can do this work on the table instead of inside the fuselage. Then, I figure with those bundles already terminated, working out the rest of their routing will be a bit easier.

But hey, here’s a look at the bundle I routed across the fuselage before realizing I’d jumped the gun: 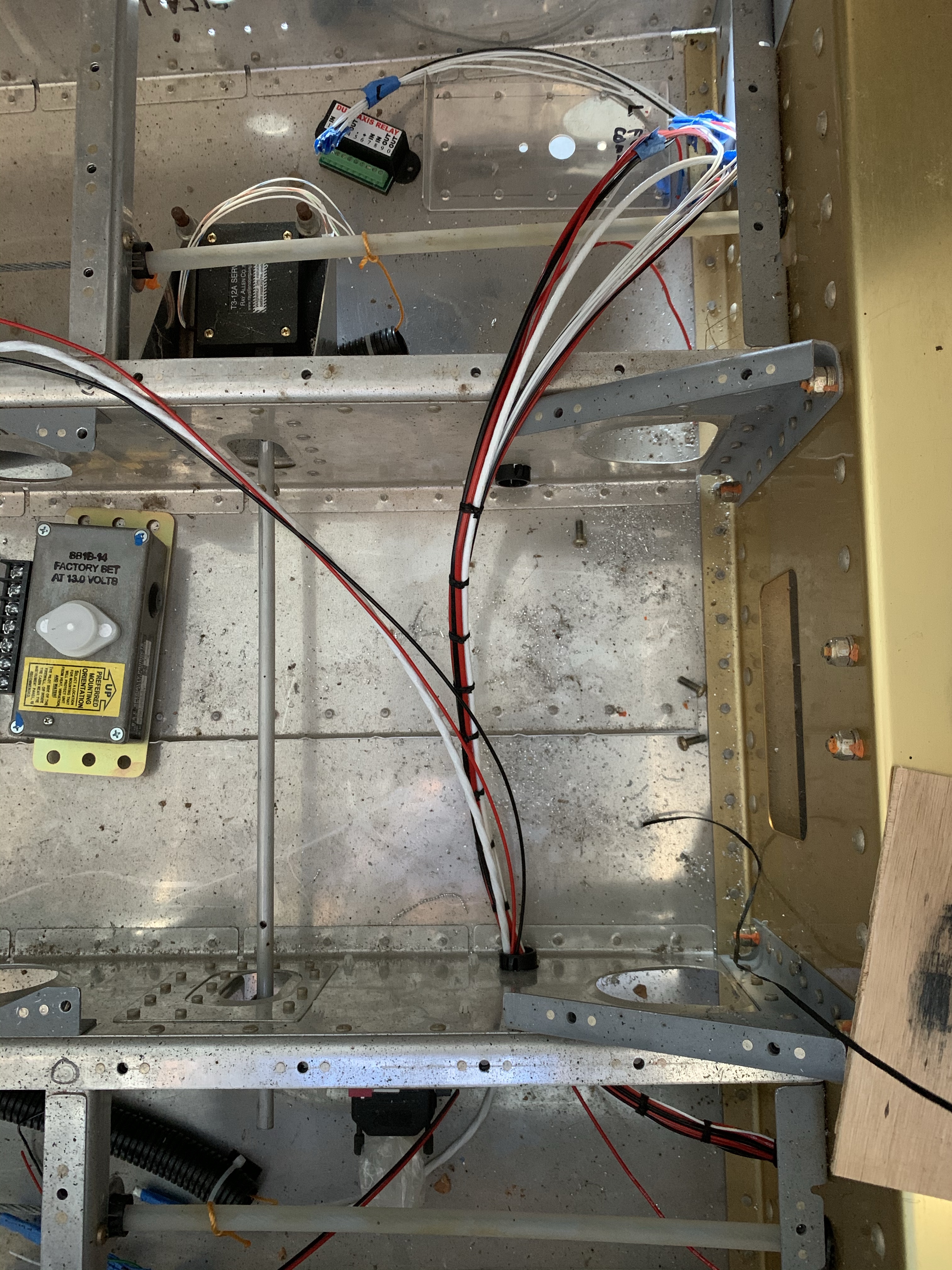