Just worked on laying out and drilling the switch holes in the panel wings tonight. Pretty straightforward stuff, most of the thinking was around finalizing the actual locations; I knew where the switches sat relative to each other, but had to decide where to locate the entire bank relative to the surrounding area. I ended up centering the two ignition switches below the controller, since those items are associated, and then for the three switches on the left side, I just put them as far inboard as practical, figuring it would help with accessibility.

With those holes done and the switches installed, there wasn’t much to do except to put the whole assembled panel back into the fuselage: 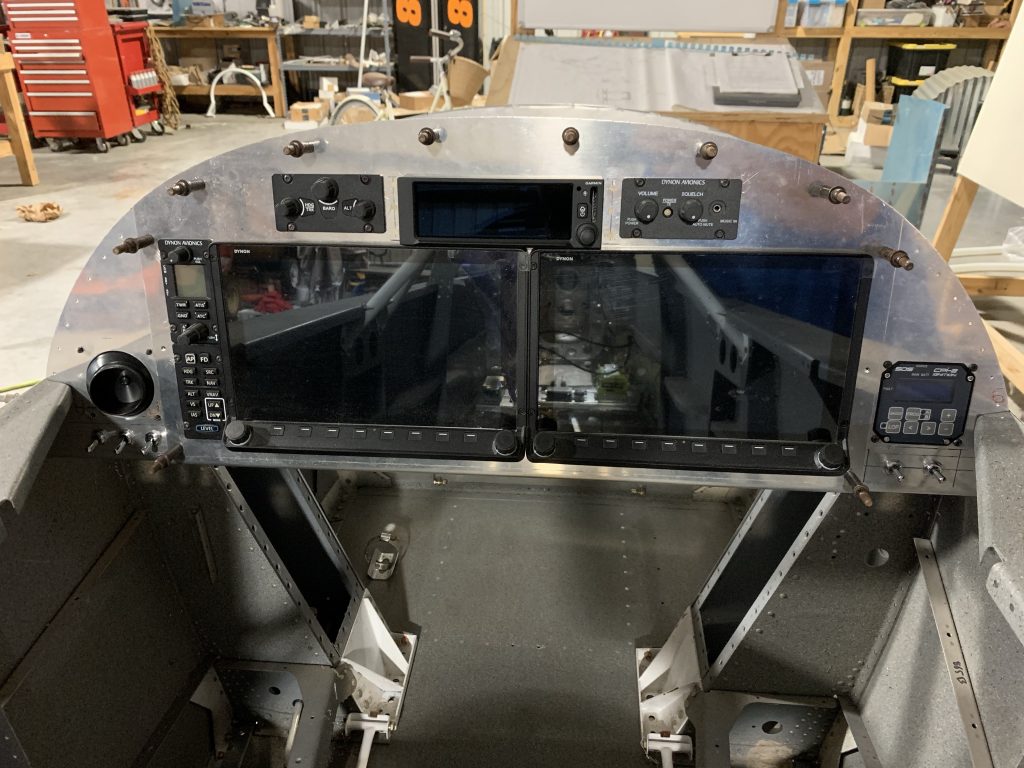 Of course, after I took this photo, I realized I’d forgotten one thing: the left wing also needs a hole drilled for the panel/flood light dimmer. I got so excited about finishing up the other switches that I forgot that one, so I guess I need to pull this apart again maybe tomorrow and get that fixed up.

In other news, I got an email today from Van’s with the bill of lading for my finish kit – so I guess I’ll have that on hand in the near future. Now if Titan would just get my engine shipped…