Picking up where I left off before, the first order of business today was to remove the panel stuff again so I could drill that forgotten hole for the panel light dimmer. Nothing too crazy there, just a single hole to drill, not complicated at all. There was another item to take care of as well…while looking at routing for the fresh air vent ducting, I realized I needed an adapter/plenum on the back side of the vent. I found that in the box with the original plastic vents…the catch was it wasn’t drilled. So while I had the panel off, I match-drilled that to the vent, and reinstalled it with the plenum. My thinking here is that I’ll want the ducting in place while I’m working out wire harness routing.

Once I had the panel back in the plane, I started adding other parts back in, starting with the baggage bulkhead. My intent was to go ahead and reinstall the avionics and fuse shelves, but first I was eyeballing the rivet holes for the baggage bulkhead…should I go ahead and rivet those, or would there be reason to remove that again down the road? More thinking…but in the meantime I did go ahead and cut the ducting to length and temporarily install it: 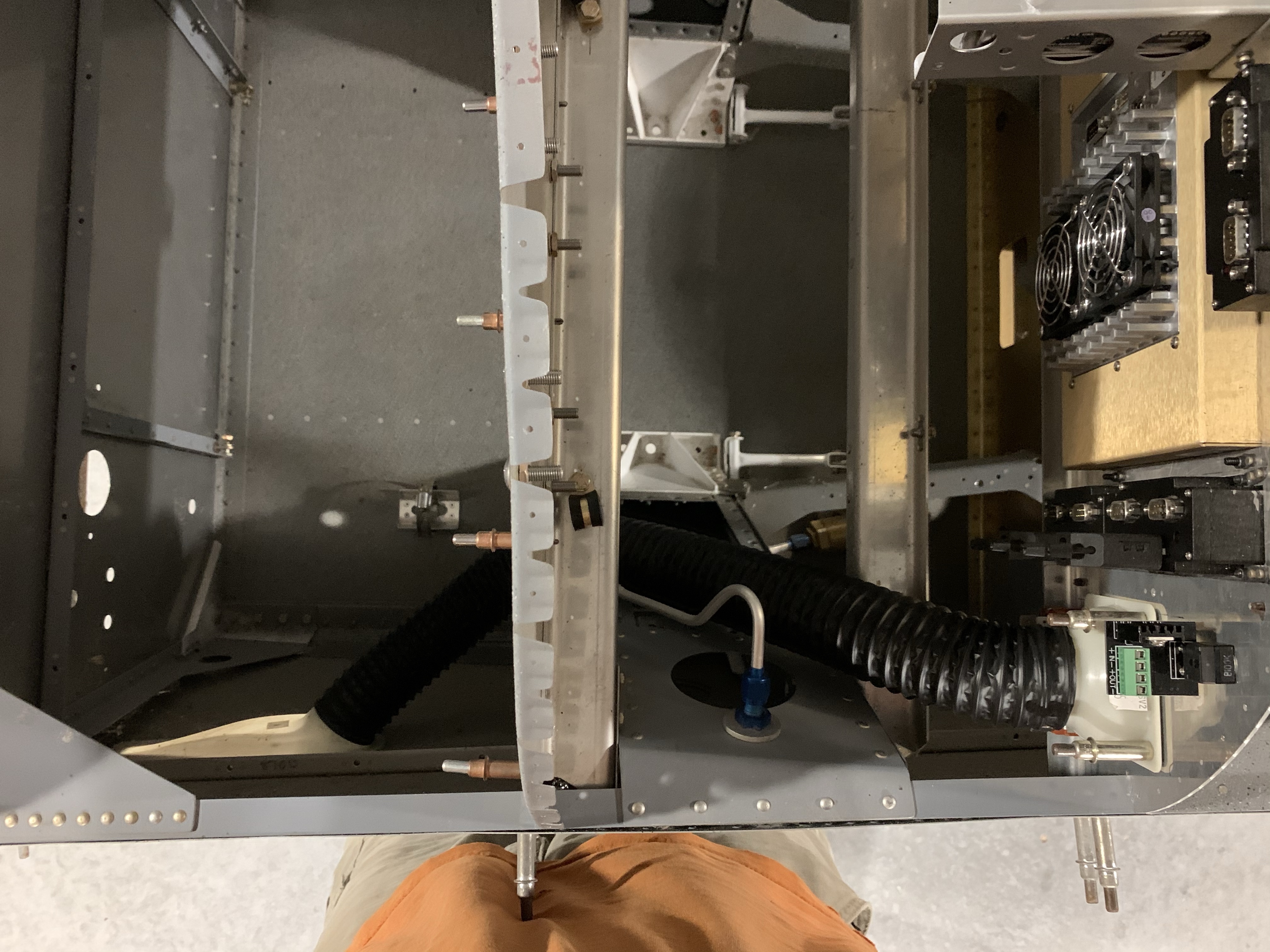 Eventually I decided to sit down with the construction manual; first to make sure I’d checked off all the completed steps for the fuselage riveting, and then just to review the entire fuselage section and flag spots where there sections to revisit. Much better than my previous method of “uhh I think there was something back somewhere.”

In the process of this, I read ahead and realized that I should go ahead and work through fitting the forward upper skin – get everything match drilled and prepared, essentially to the point that all I have to do is riveting once I’m done with the wiring. Basically, this comes down to making sure I get riveting and stuff done before I add in a bunch of components that could get in the way.

So at the end of the day, I ended up removing all the avionics from the panel and storing them away again. Definitely don’t want that stuff inside while I’m match drilling and such. It looks like most of this should go pretty quickly, so I’m not delaying the wiring stuff by a whole lot.