Finished the riveting and other bottom skin stuff; back to panel things

So today we were finally able to get out and get this riveting finished up. It was only 16 rivets in total but some of these are a little interesting due to the shape of the cooling ramp and the stuff around it, so there was a bit of careful work involved. With that done, all that was left was to seal the edges of the cooling ramp. Since this is the “exit” area of the cowling, there’s potential for nasty stuff to get inside this void area and cause unpleasantness. All the seams so far have gotten a layer of siliconized sealant, but that doesn’t work for this last bit. Here, an exposed bead of sealant is applied, which means this needs to be paintable, which in turn calls for my old friend – fuel tank sealant.

I bought a single-use cartridge of the stuff a while back just for this purpose, since even if I’d kept any sealant from my tanks, it’d surely be no good by now. The cartridge is nice because it includes an internal mixing setup, and fits in a caulk gun so laying down a bead is super easy. As for the bead itself, I wanted it to be nice and tidy (even though it’ll be 1) under the airplane and 2) painted over eventually), so I took the extra time to put down masking tape to match where my fillet tool would leave its edges.

Here’s one seam after applying the sealant and smoothing it into a nice fillet: 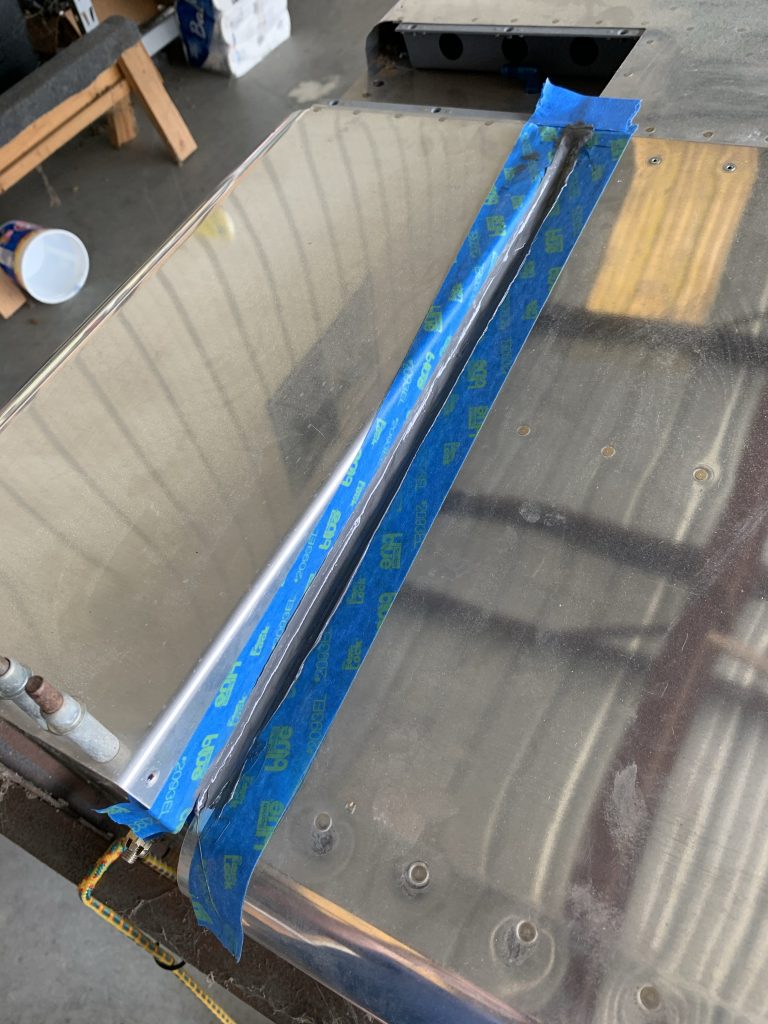 And after removing the tape: 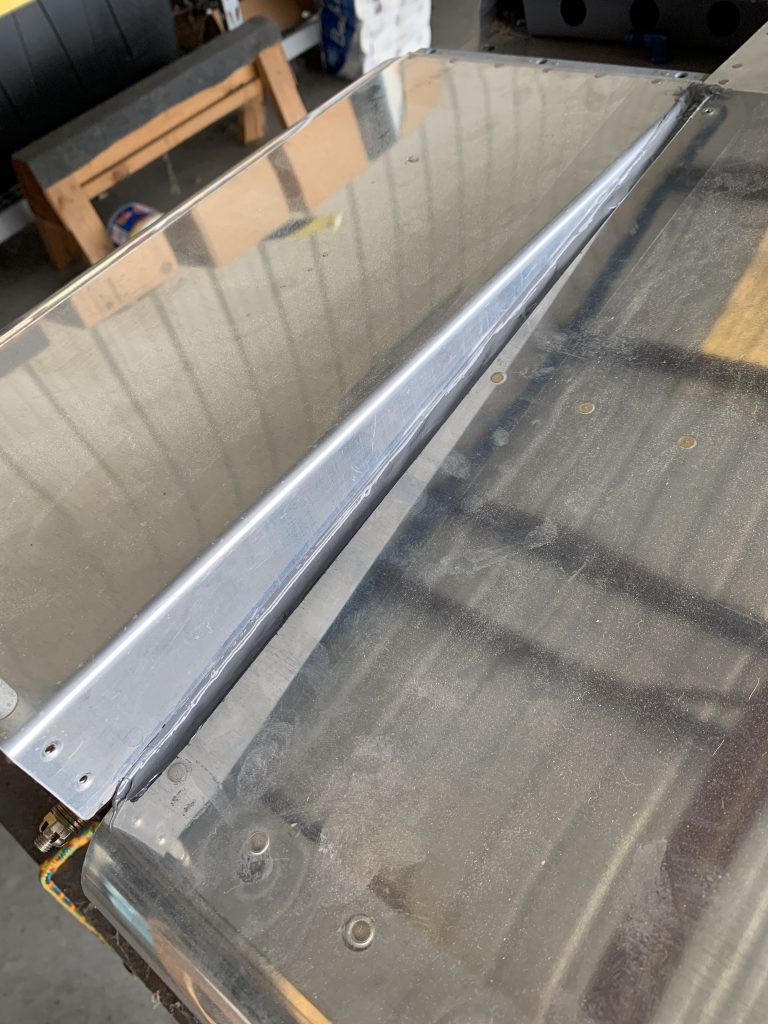 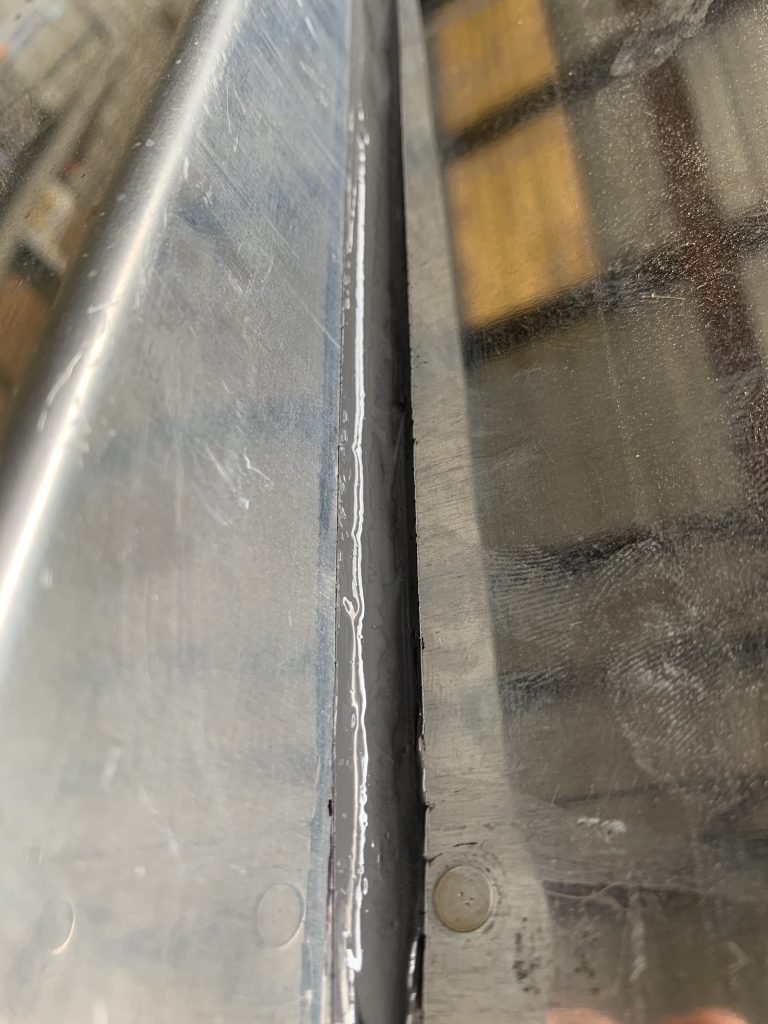 Next up was getting back to panel stuff. While I did the major part of the cutting a while back, for the main panel, there were still the two panel wings that need attention. One thing I added on to my most recent Van’s order was a pair of nicer anodized aluminum fresh air vents. The kit came with a couple cheap plastic vents that are pretty well-known for not really closing tight at all (as well as just looking cheap). The aluminum ones are pricey but way nicer.

This is relevant because I’m putting the front-seat vent in the left-side panel wing, so obviously having the actual part I’m going to be using on hand is important. The fun part is figuring out whether or not this will actually work. The vent itself is circular, but it has a 3” square flange used to actually mount it. Given the limited area here, that makes this something to be considered very carefully. I’ve been idly looking at this for a week or so, so today was just the time to get serious.

In order to help with the fitment, I decide to start by making a template of the vent; essentially, this would represent the cutout I’d need in the panel itself. So it’s a 3” square piece of think aluminum (scrap from the previous panel cutout activities) with a large cutout for the vent body to protrude through. The idea is that I can use this first to verify there’s room for this in the desired spot, and then later on it can become my guide for drilling the screw holes and cutting the larger hole.

The template in question: 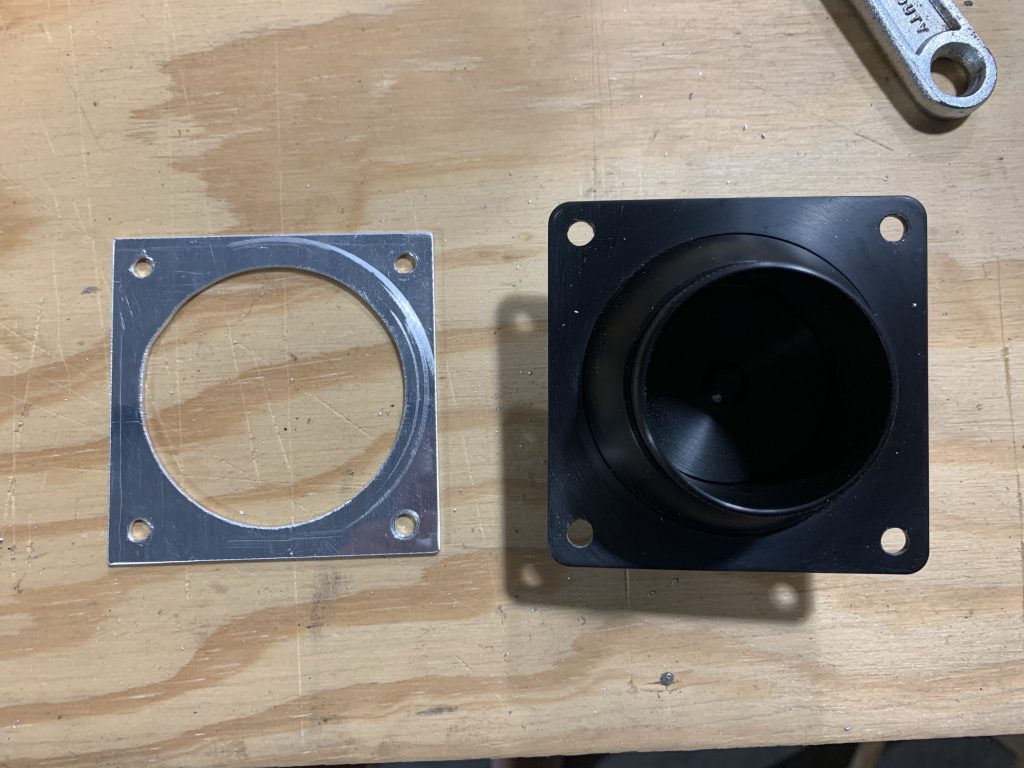 This is how the vent will mount in the panel – from behind – because I don’t want the whole big square bezel visible. The downside of this method is that the final circular cutout edge will be visible, unlike the other panel cutouts that are hidden by small bezels. But since the panel will be painted flat black, whatever irregularities I end up with (I’m sure there will be some small ones) shouldn’t be obvious without really close inspection. 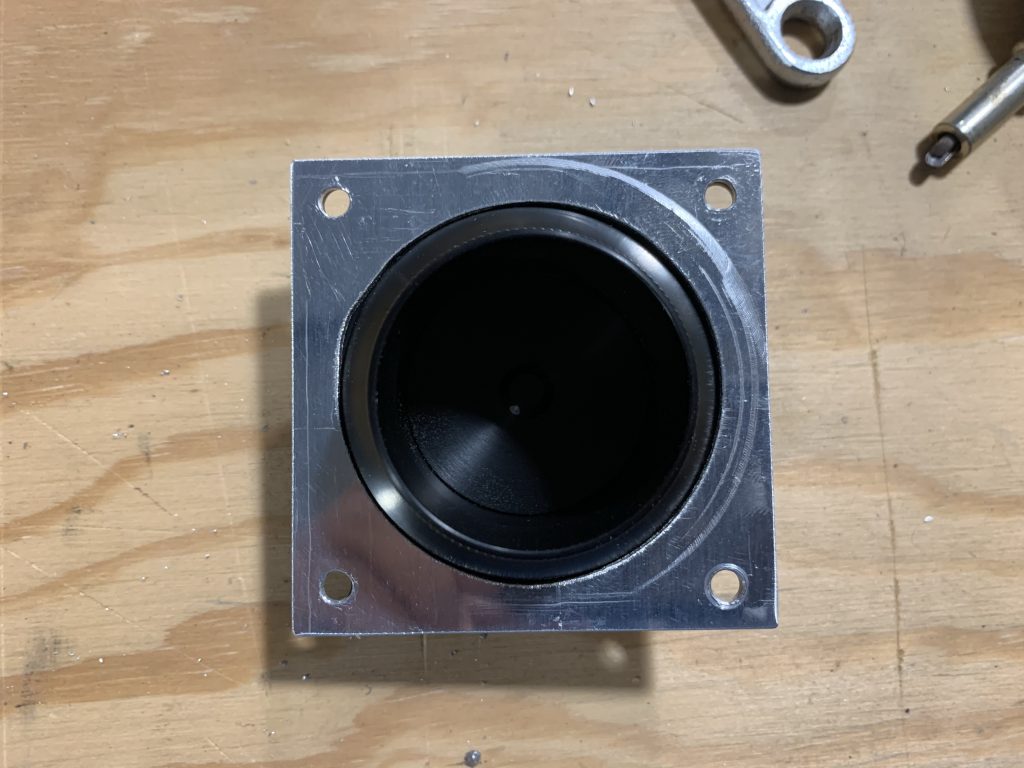 And here’s a look at the template in place on the panel wing, showing the constraints I have to work with. On the outboard edge there will be these little tabs, part of what ties the panel wings into the fuselage skin. On the right side there’s the nutplates by which the panel center attaches. The sharpie line on the right is where the actual edge of the center will be, but since that overlap will be in front, and the vent bezel behind, those are OK to overlap as seen here.

The other concern is the switch row below the vent. The mockup seen here isn’t actually accurate; when I made these a while back, I underestimated the size of the switch holes, so the actual label text will take up more vertical space than seen here. I think it will still fit OK – there’s a fair amount of space below the mockup and the bottom edge of the panel – but I want to be sure, so before I commit to any holes here, I need to make up a more accurate mockup. The concern I have here is that the attach screws for the vent will interfere with the labels. 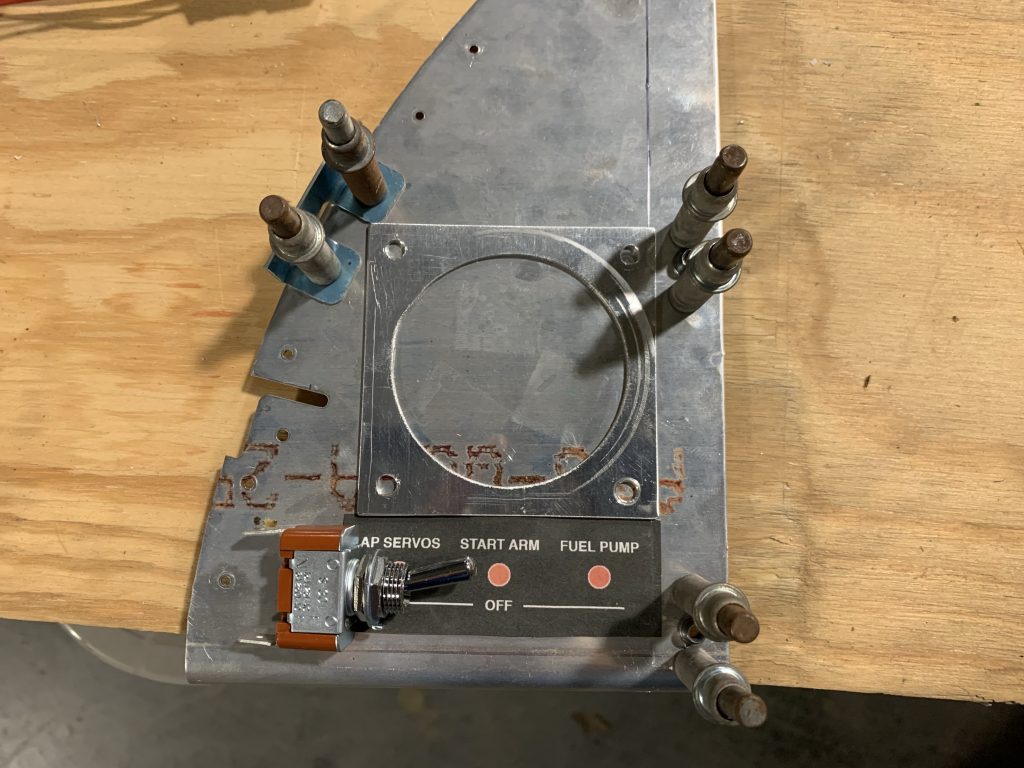 So that’s where we are today. Tomorrow once the sealant on that cooling ramp has cured, and I’m sure everything is in order, I figure I’ll start adding stuff back to the fuselage to prepare for wiring harness stuff – the baggage bulkhead, shelves, and so forth.