Screw replacement plus an eviction

Sort of repeating the theme from the previous day’s work, I started out today deciding to see how much progress I could make on replacing those screws by myself…and just like last time, it was all quite doable. 30 screws removed, 34 screws installed (the ones I was replacing plus four that I punted on last time because they seemed impossible to get at with the fuselage inverted.

So this concludes fastener stuff for the area around the gear attachment. Still kind of impressive to look at all the hardware installed here, but it just goes to illustrate what a high stress area this is: 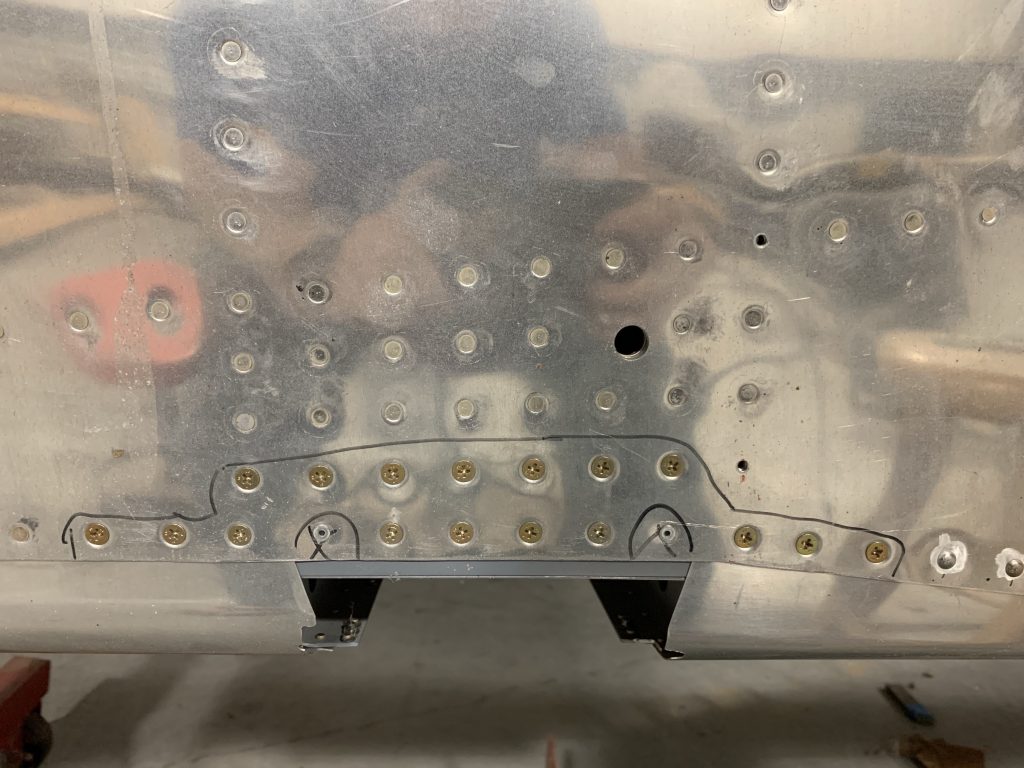 Side note: some folks may notice the two small empty holes on the right side of this photo. Those are intentionally left open; later on that’s how the forward attach point for the fuel tank will be screwed in place.

So that was the main thrust of the night’s work, but there ended up being one more thing to look at. Over the course of this work, I rolled the fuselage back and forth on then rotisserie a few times, and each time I could hear what sounded like a mud dauber nest rolling around. But I looked inside the fuselage and didn’t see any such thing. Eventually it occurred to me where it probably was – in the void space between the forward floor and the bottom skins. If so, that was going to be annoying, since that area is pretty well buttoned up. But there’s still some semblance of access through some lightening holes in the gear crossmember and an open area at the edge.

Once I rolled the fuselage upside down again…yup, there it is. Nice big fat nest: 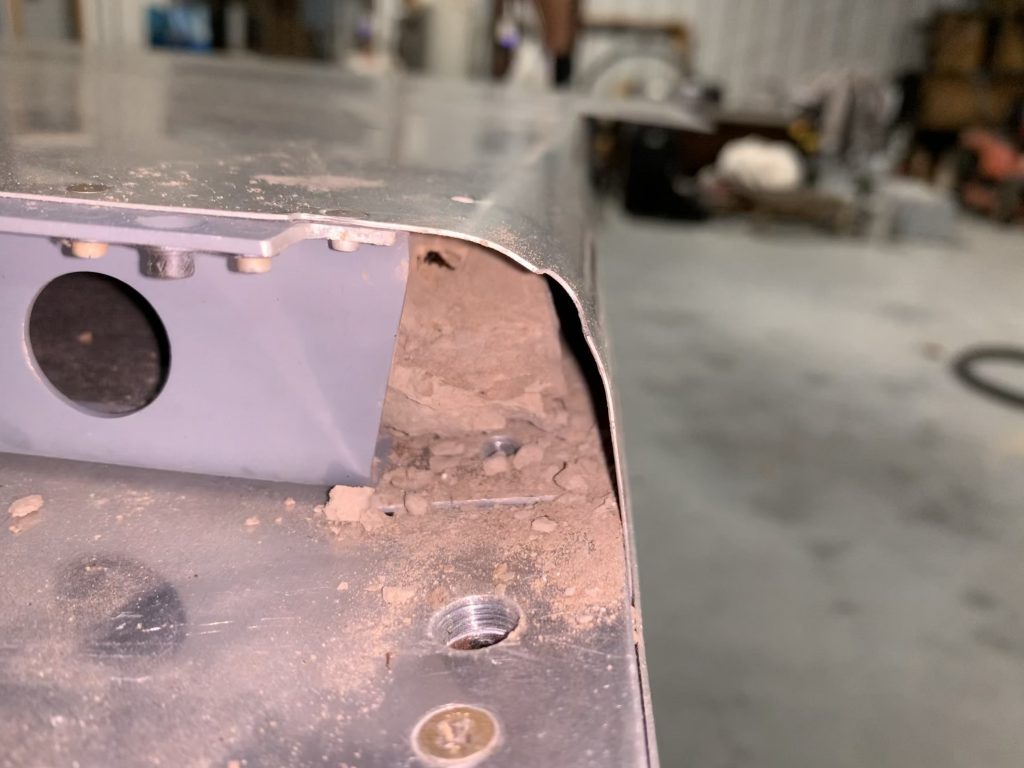 The reality is that there’s probably no getting around this airplane harboring some mud dauber earthworks in the long term, but in the meantime I can at least try to keep it clean. So I spent a few minutes breaking that mess up and getting as much of the debris out as I could. Now I feel a lot better.