Now that’s a solid day of work. Got out bright and early and got to it, even though it was obnoxiously humid until mid-morning.

First up was the grunt work of finishing out all the rough-cut holes. Just lots and lots of filing and repeatedly fitting components into their assorted holes. But finally, after a few hours, it was all done. At this point I was beginning to think how I could stage things to allow for fitting all the components into the panel. Previously I’d just sat it on a few 2x4s on the table, but that only works with the shallow stuff installed. Both the intercom and GPS-175 are too deep for that to work.

Eventually I decided to work up a sort of fixture to allow for fitting work like this as well as maybe other testing down the line. I just took a couple pieces of scrap 2×4 and drilled in assembly with the panel screw holes, so I could cleco the panel to these pieces. Then I cut the bottoms of those pieces at 15° on the miter saw, and nailed another piece of scrap to each one to provide some support. So now I can stand the panel up on the workbench if needed: 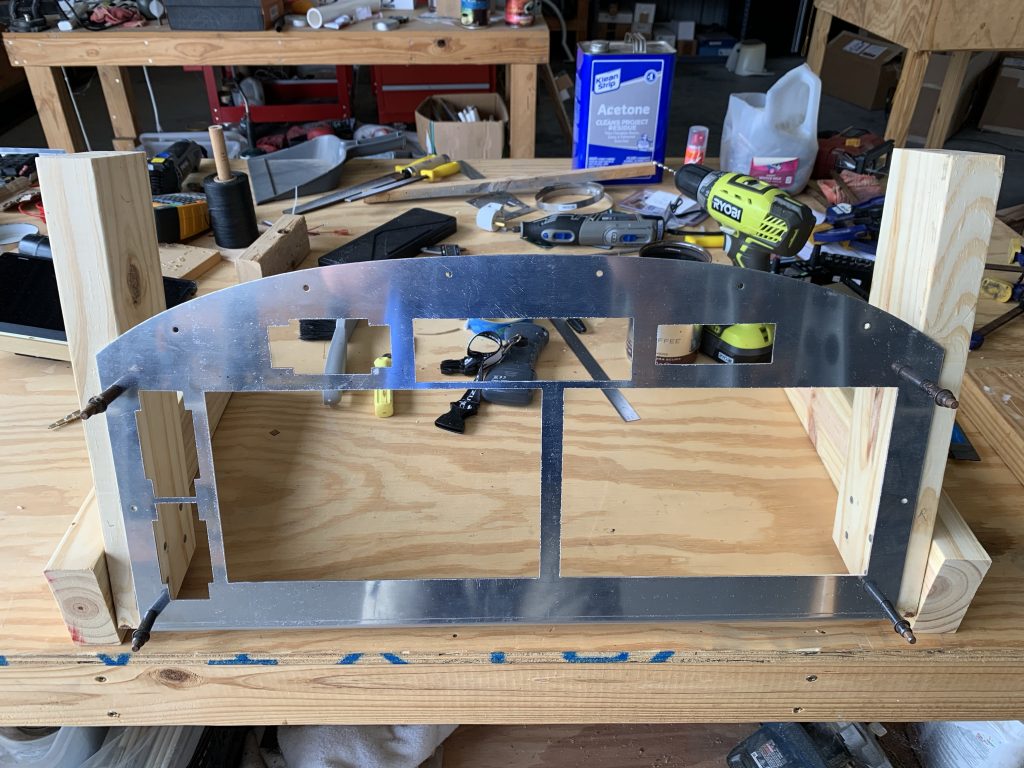 And then it was time to stage all the pieces in their holes to see how it all looked. Note that some of this stuff isn’t quite aligned right here, by virtue of not being actually attached. For the displays and the Dynon units other than the intercom, they fit snugly in their holes and look fine. The GPS won’t really be fixed in place until I attach the rack, and the intercom has an oversize hole, which is why it looks low and a bit crooked here: 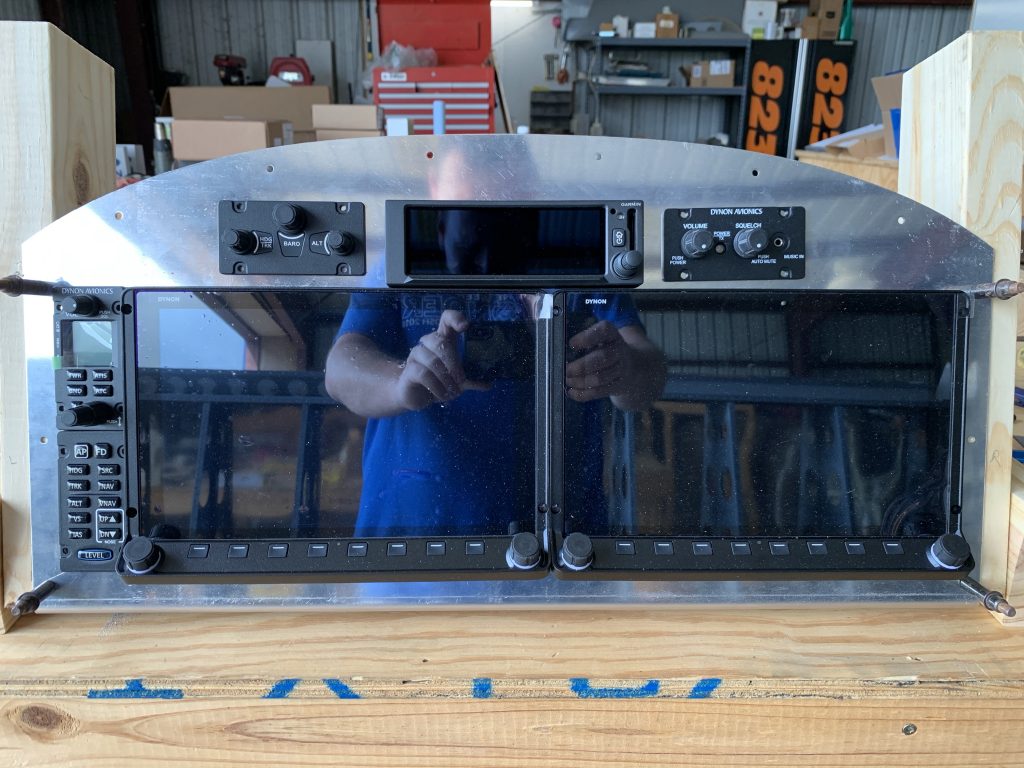 Next up, it was time to start attaching things. To do this, I just used the screw holes in the components as drill guides for the panel, then did some assorted grunt work to the get nutplates fitted. These are really fun to work with, as they’re miniature nutplates. Riveting in particular was fun; the rivets sit really close to the screw receptacle.

The other fun thing involve the provided mount screws. For the displays, they’re nice little socket head screws, but the small boxes have these pan head screws that accept a 5/32” Allen wrench. I learned the hard way that it’s extremely easy to round the heads on these things if you’re hamfisted (or unwisely use a drill to install the screws). I ended up ruining no less than three of them over the course of the afternoon. The good news is that Dynon sells extra hardware packets. The bad news is that now I need yet another parts order.

I also noticed something really odd – while the other components have #6 mount holes, the intercom has #8 for some reason. At first I thought this was something I’d overlooked before, but the intercom literature claims that it should have #6 holes just like its brethren. Since I bought this secondhand, I thought maybe some idiot had drilled the holes out, but there’s still virgin paint inside the screw holes.

So I’m pretty confused by this, and also unable to get the intercom mounted, since I don’t have the proper hardware. I think I’ll reach out to Dynon on Monday and see if I can just order a new faceplate for the intercom – they’re designed to be switched out (to allow for horizontal or vertical orientations), so it’d be an easy swap. But yeah, yet another thing to deal with before this is done-is.

Anyway, I ended up getting all the nutplates installed for the displays, the radio, and the AP and knob panels. Next up will be the GPS rack mount, but that’s definitely a job for another day.

I would have concluded this with a photo of everything installed in the panel, but thanks to stripping those screws, I no longer have enough to mount everything. Oh well.