Alright, so it hasn’t been a great week for shop time…but that doesn’t mean nothing’s been getting done. I’ve been spending a lot of “inside time” working through all the assorted stuff that needs to be ordered. I placed a fair-sized order with Digi-Key, which contains what should be the entire array of switches for the plane, along with some other miscellaneous stuff. From elsewhere, I order a few PWM dimmers – one of these will be used to control the panel lighting, the other two will be temperature controllers for the heated seats, in lieu of the two-position switches that will come with the heat pads.

While I’m here, a quick word about those heated seats. When I mentioned these to Josie, specifically asking a usability question for the rear-seat passenger, she laughed at the idea. Who would need heated seats in this area? Well, for one thing, RV-8s are notorious for not getting much hot air to the rear seat, since there’s just an inlet on the firewall. But also, after getting some advice from folks, I’m actually going to bypass the heat muff on the exhaust for that heater inlet – that is, instead of it being a way to get hot air into the cabin, it’ll just be another fresh air vent, but fed off pressurized air from the cowling. This should be very nice for those hot summers. Hopefully the seat heaters plus dressing warmly will work for these Houston winters, but if not I can also consider connecting the heat muff for part of the year as well.

Anyway, I was talking about ordering stuff. I heard back from SteinAir on Thursday – my avionics are in! So I paid off the invoice balance (ouch), and hopefully those should be on my doorstep this week. Finally, I spent a bunch of time on McMaster-Carr and elsewhere learning way too much about quarter-turn fasteners. I’ll use these to hold my fuse block shelf in place, but allow for a quick release for servicing. I ended up ordering these fasteners from McMaster-Carr, and while I was working that order, I got to thinking about the rear stick, which will eventually bring us to tonight’s bit of work.

The rear stick is a two-piece affair from the factory, with the stick itself sliding into the base that’s attached to the control column. Back when I was working on this I drilled the 3/16” hole through both items, and added an AN3 bolt to hold it on place. I wanted a way to make the stick a little more easily detachable, so while I was shopping I started looking at quick-release pins and other options. Simple having a pin in place of the bolt seemed like a decent idea, but the one thing that got me a bit is that it’ll be sharing that space with the wires coming from the stick grip. It’s probably me being overly concerned, but I figure blindly sticking a pin through a tube containing a wire bundle might one day result in damage.

Thing was, there’s an alternative that lots of builders have done. Instead of a pin or bolt, they use these little spring clips from McMaster-Carr. They’re intended to go in telescoping poles, and provide a little spring-loaded button in two opposing holes. With one of these in the stick, it just pops in and out. The only real hangup is that the smallest size hole they make them for is 1/4”. But I decided to go with them, and tonight I drilled those passthrough holes out to 1/4” and installed the clip, so now I’ve got a slick detachable stick. 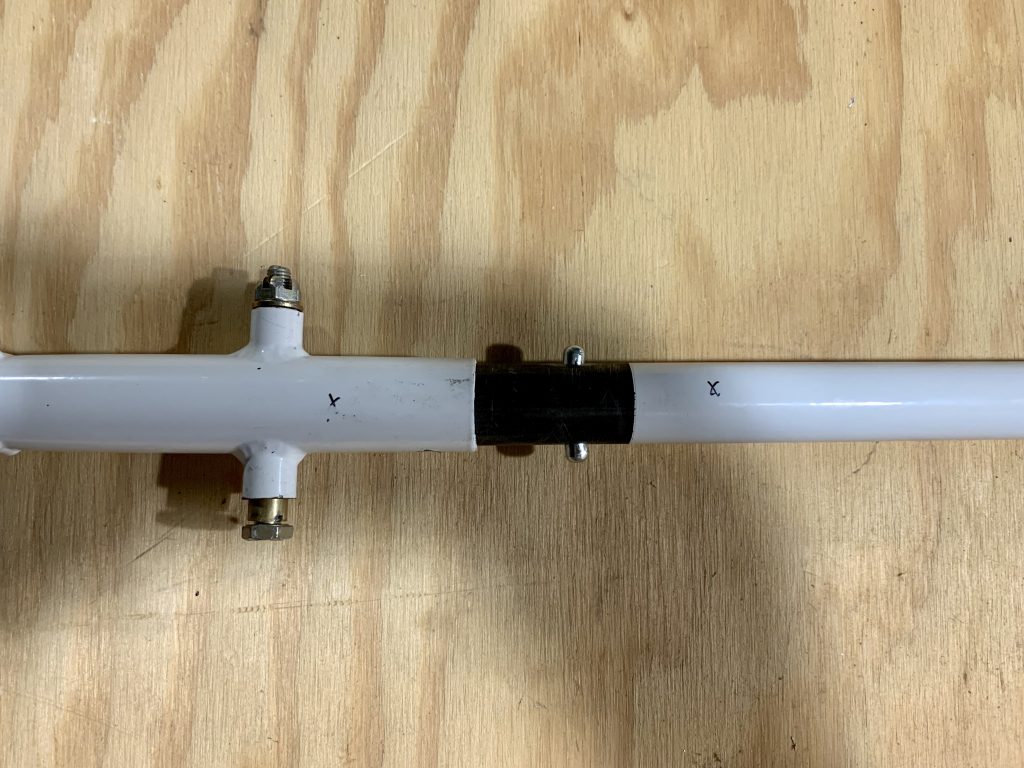 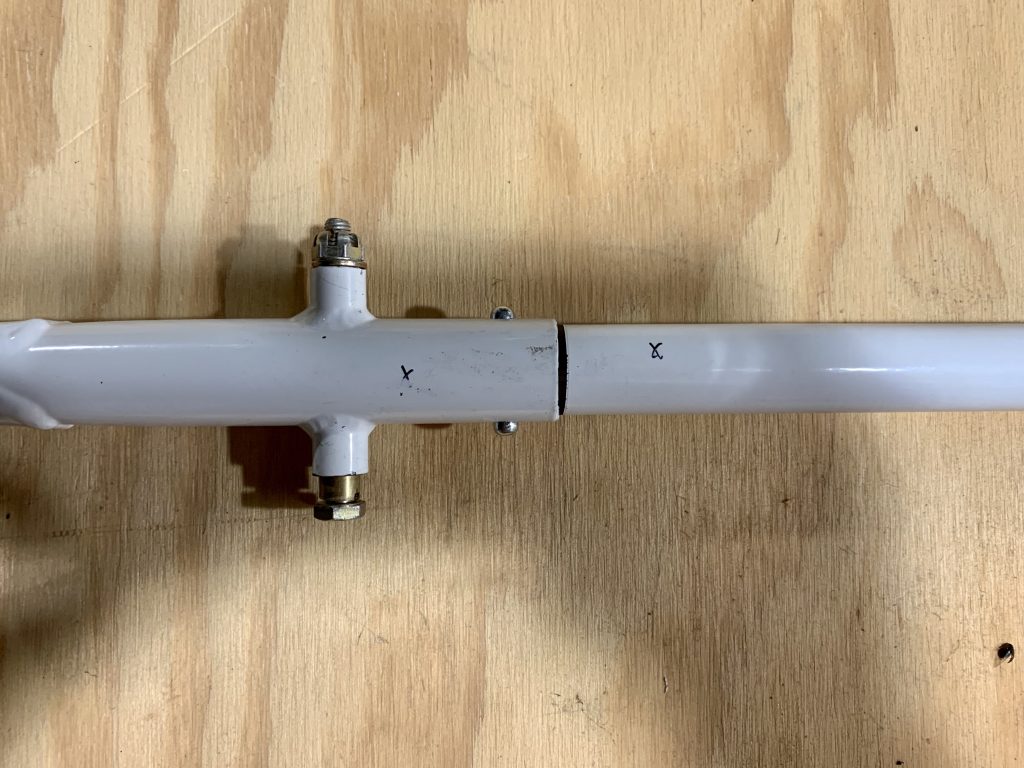 Of course, there’s still a remaining issue for making the stick detachable, and that’s figuring out how to make the wiring for the grip detachable. That problems existed independently of this whole button thing, though. One of the cool ideas I’ve seen for this is to simply take two mating connectors and epoxy one side inside the stick, and the other inside the socket, such that they mate together when the stick is installed. This seems nice and elegant, and it’s probably what I’ll go for, but it does seem potentially fun getting those plugs epoxied in the precise correct location. The other alternative is to have a hole in the stick above the joint, with the wires coming out of that, and mating with a connector outside the stick. Which would be ugly but also functional and simple.