Since I’m in a seemingly perpetual state of waiting for things for my primary work on the wings, I’m sort of reduced to finding smaller punch-list type items to work on. The aileron trim system has kind of been hanging over my head for a while. Some of the preliminary work was done a while ago; when I was working on the seat ribs, I got the necessary brackets riveted in place. But I got hung up on one part of the system, which is fabricating the pushrod.

Making this piece involves working with a length of aluminum tubing; drilling three 1/8” holes in one plane, then adding a slot 90° to that plane on one end to allow it to mate with the clevis on the trim motor. I made an attempt at this previously, but it didn’t go so well. I did a poor job of keeping all the holes in one plane, and eventually kind of put the thing aside in disgust. Well, tonight was the time to revisit this.

I don’t know if I’m just better at fabricating now or what, but I had no real trouble getting this done tonight. Don’t get me wrong, it was tedious at times, but not terrible. I drilled the three holes first, then went to work on the slot, which I started with a 1/8” hole, then started the slot with a couple band saw cuts, before spending a whole lot of time slowly widening it with a tiny file.

The resulting holes aren’t 100% perfectly in line, but they don’t really need to be. Overall, it looks pretty good, I think: 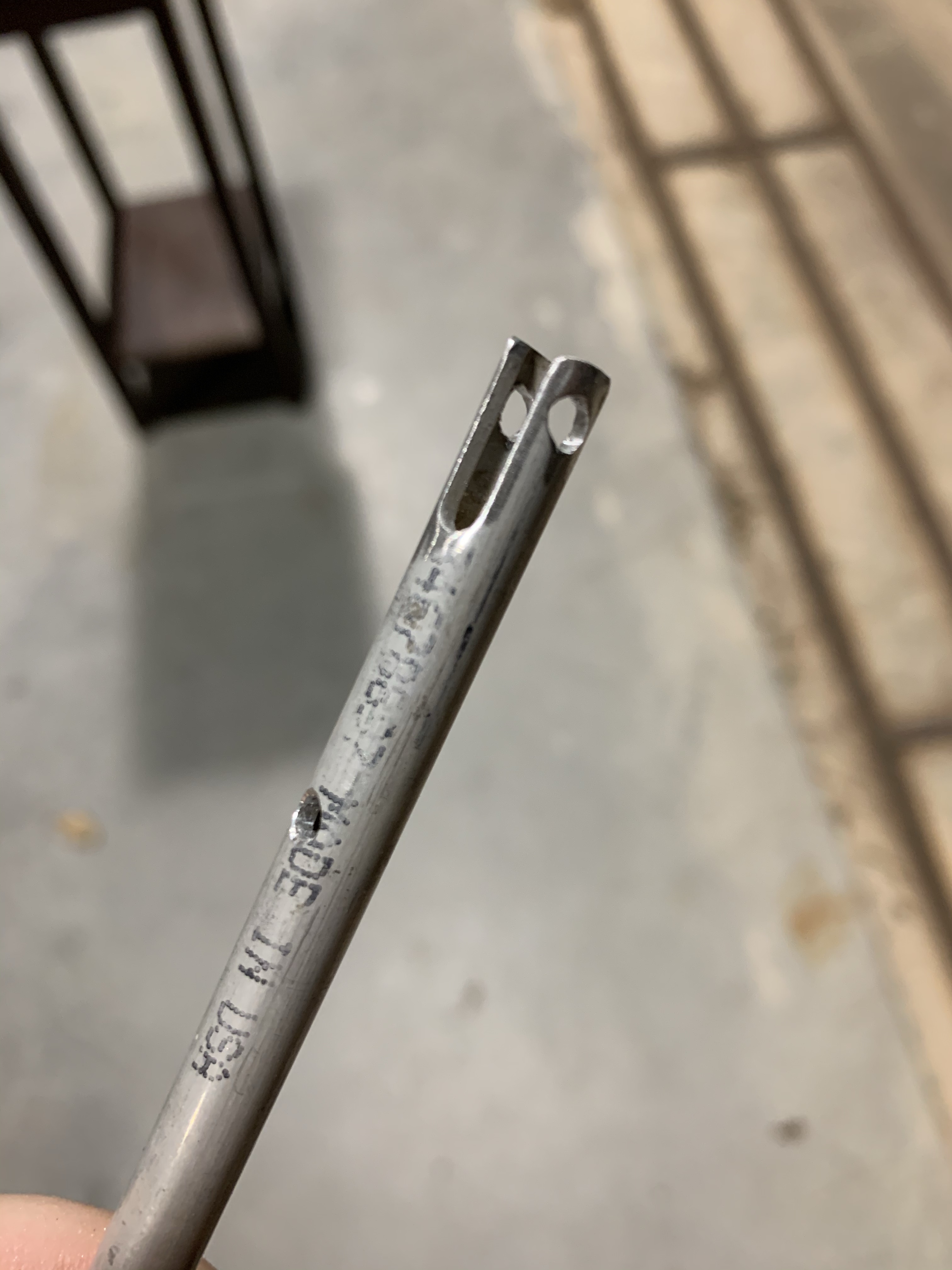 I’d intended to get the whole system temporarily installed in the fuselage for illustration purposes, but I only got as far as installing the servo and pushrod. One thing to notice here is that the two holes not used for connecting the pushrod to the servo now have cotter pins installed in them. This trim system works by spring bias; on each side of the control column, a spring will run from the cotter pin on that side to the small bracket seen on the column here. Actuating the servo just changes the balance point of the system.

I stopped at this point because getting those springs hooked up was not proving to be easy. I’m wondering if it’s permissible to trim the spring ends a bit to facilitate installation; right now both ends form a sort of full circle, so they have to be pried apart to hook onto anything. I dunno, and I don’t see any reason to figure it out right now. I’ll probably be flying initially without the springs in place, so as not to mask any rigging issues like a heavy wing.

But hey, here are things in the fuselage:

Now what next? You know, I think it might be time to pull the tail feathers off again. I still need to flip the fuselage back over and get the forward bottom skins riveted. That might also be a good time to pick locations for my antennas and get those mount holes drilled, even if I don’t permanently install the antennas yet. I guess that makes another thing I’ll need to go and order…