Not putting any hours on this since I don’t consider it active aircraft work, but over the past few weeks I’ve been accumulating a lot of small stuff – connectors and associated stuff to go with my electrical junk, and then today a pile of cushion clamps and snap bushings from Aircraft Spruce. Most of this stuff has been sitting out on tables since it came in.

So I went to Harbor Freight a couple days ago and once again increased my inventory of storage boxes, then just started unpacking and storing stuff tonight. Now, among other things, I have a case full of connectors and terminals and a whole bunch of D-sub backshells: 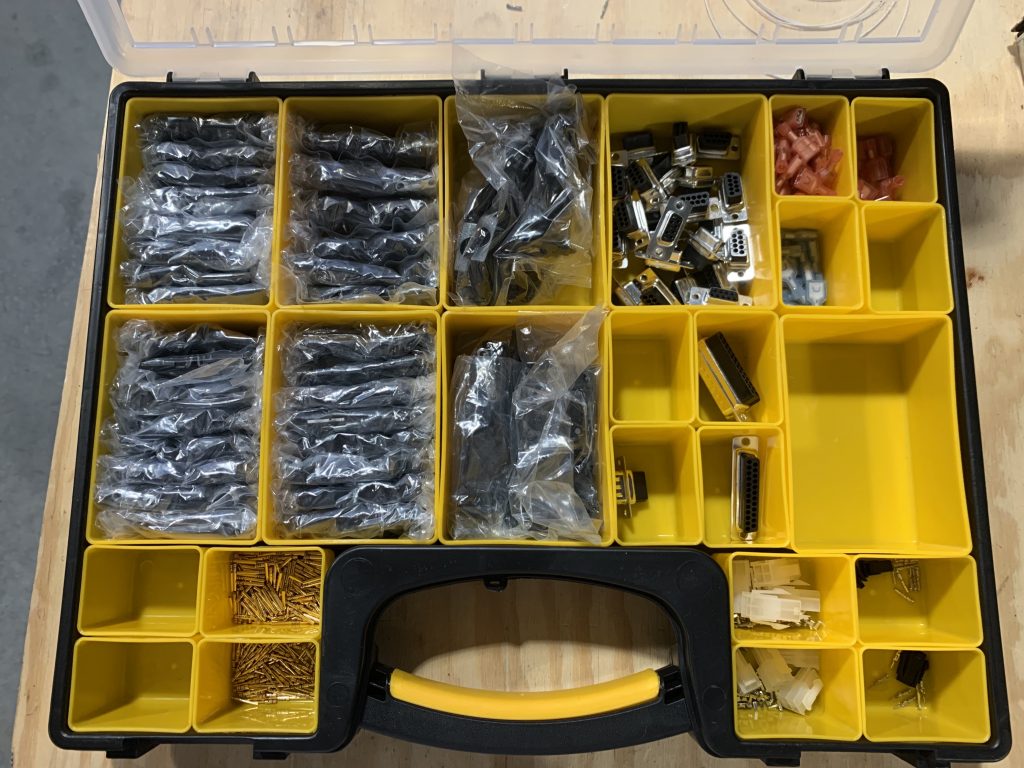 Some less-great news: the conduit I ordered from Amazon, which was intended to be used to route the pitot controller wiring extension, is way bigger than I anticipated. I guess I was thinking that the conduit diameter specified was the OD, when in fact it’s the ID. So this stuff is kinda huge. And so now I need to order some more. Maybe if I get the order in tonight it’ll come Saturday, it’s like that pitot extension thing is my white-whale task or something.

On the other hand, I also got my AP roll servo mount kit, so I can get that installed on the right wing. I am really thinking the next big thing to do is get the tail feathers back off the fuselage. I think I keep putting it off because it looks so much more like an airplane with them on there…