Avionics shelf: the next generation

Alright, so here we are looking at v2.0 of this oddly-shaped shelf. Yesterday was kind of a bust overall, but it eventually got me looking at this problem in a different light. Most of the challenge with this shelf is the way the aft portion sort of wraps around the bellcrank area, and trying to work that with aluminum angle wasn’t doing too great. But last night I eventually concluded that using angle was overkill anyway.

So today I started on a new shelf, this time just using aluminum sheet with formed flanges to provide stiffness. This was also the beginning of a new approach to handling the odd shape. Now, I could have done this all as one piece, but it would have been a bit complicated, especially when it came to forming the aft edge. So instead I decided to take a piecemeal approach. To start with, I’d form a small shelf that went straight across the fuselage, and then form two separate “wings” for the angled portion, which I could then rivet onto the main shelf.

I started with the simply part today – the straight “main” shelf. Material was donated by a surplus wing skin, which was damaged years ago during our move from Atlanta. It’s been just sitting around waiting for the day it was given a new purpose. Basically, I cut off one bay of the wing skin to start with, the used my plywood shelf as a template to get the angles right where they’ll meet the longerons, and finally added allowances for a forward and aft flange. Then there was just lots of cutting and filing and fine-tuning and cleaning up edges, before it was finally time to do some forming: 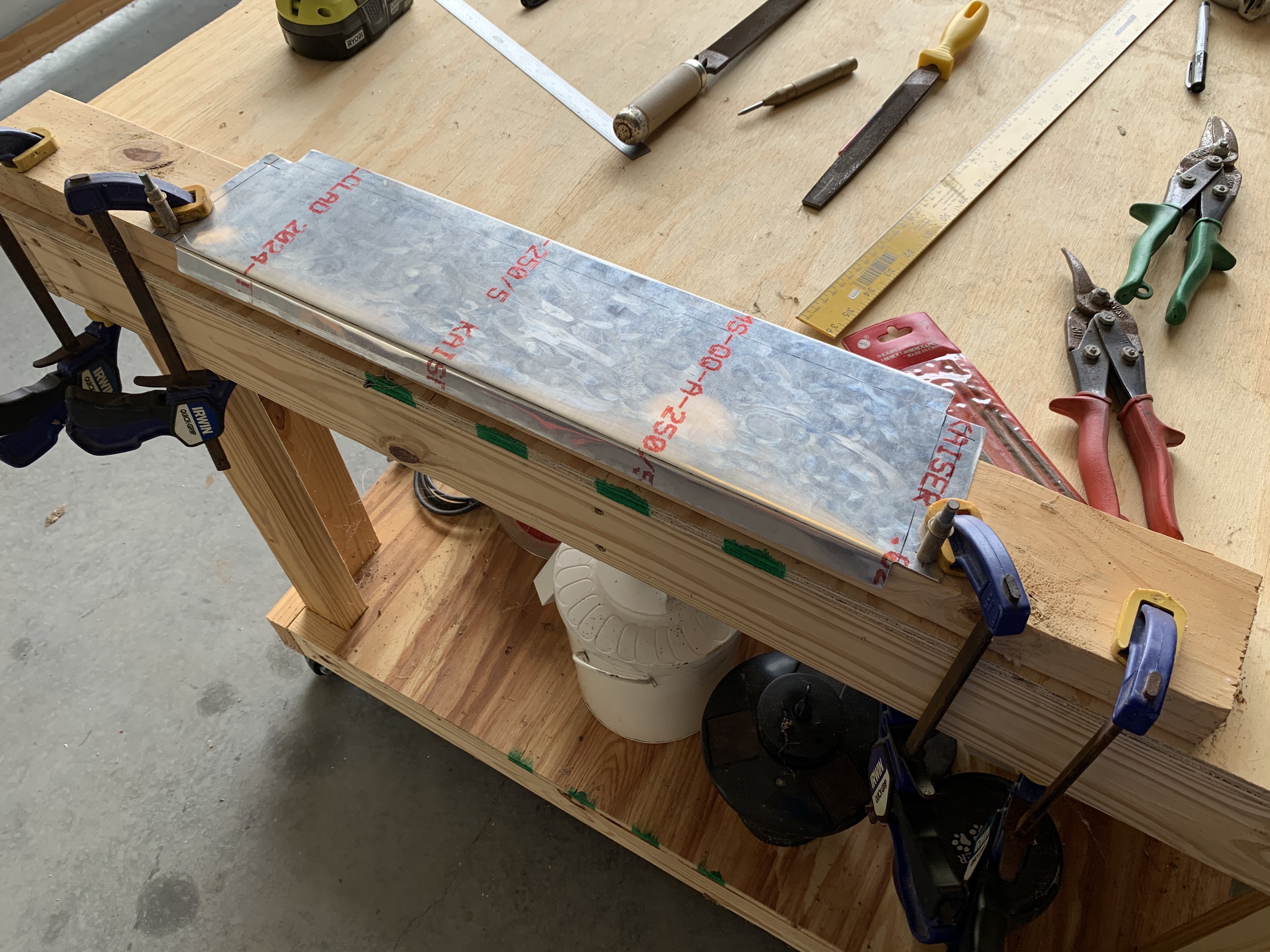 The tooling holes being used to hold the piece on the forming block are in the locations where screws will attach the shelf to the longerons, but just drilled to #30 for now. (I didn’t want to go look up the right drill size for the screw, I’ll figure that out later)

Getting the whole thing cut out and formed was about an hour and a half of work, but the end result fits nicely in the fuselage, just ahead of the bellcrank: 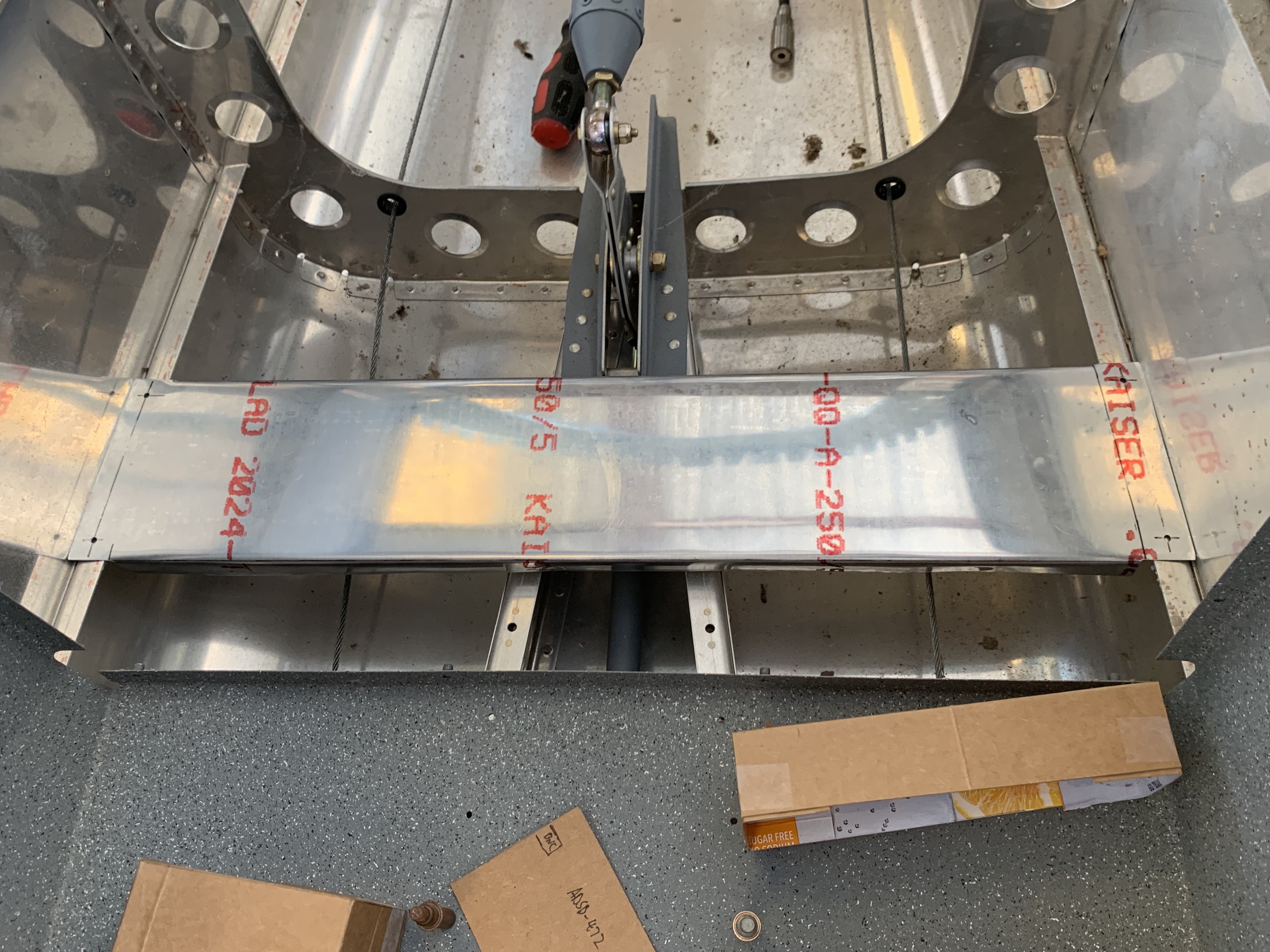 After attending to other stuff in the afternoon, I found a bit of time after dinner to pick up where I left off and get started with the “wings.” The main shelf didn’t really need a dedicated forming block, since the edges were just straight, but the wings are a different matter. The good news is that since they’re mirror images of each other, I only need to make one block.

Here again, the plywood mockup served as a pattern, though I had to make some slight concessions due to the dimensions of scrap wood I had on hand. Basically, I’ll lose about 1/4” off the back of the wings – which should be no big deal. I decided to call it a night once the block was done, before getting into cutting up more sheet. Here’s a look at the block alongside the main shelf, showing where it fits. The main shelf and wings will simply be riveted together through the mating flanges: 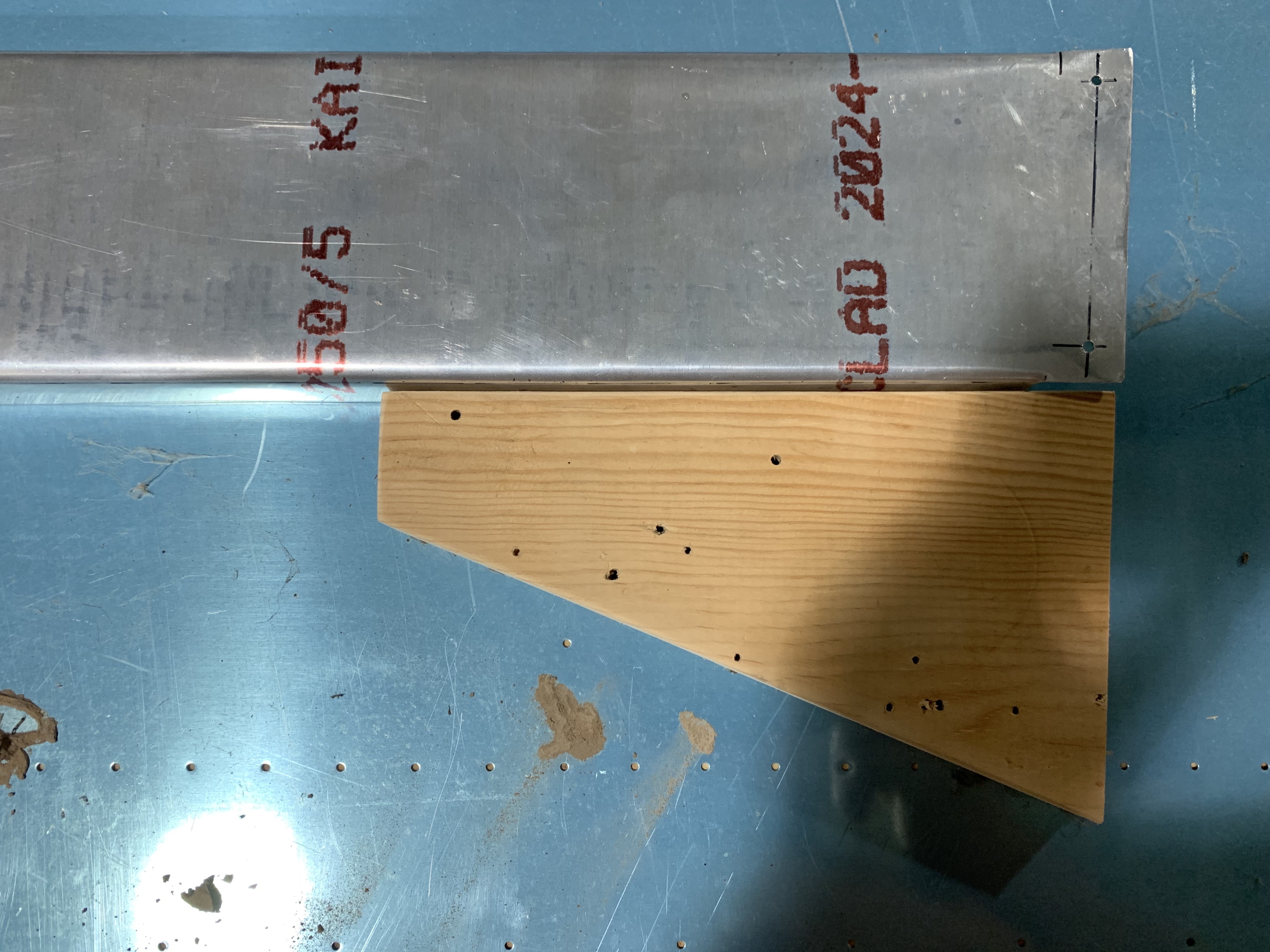