So tonight was kind of an exercise in not wasting time. After the failure of my angle drill attachment Tuesday night, I decided it was time to pony up and buy a real pneumatic angle drill – which I did. Thing is, until I get that in hand, I can’t do any more work on drilling the h-stab to the fuse. So the temptation was to just goof off until the drill comes in (tomorrow), but the reality is there’s plenty of other stuff I could be doing.

The first thing that came to mind was refitting the elevators. Back when I pulled these off prior to doing the stab SB, I lost the center bolt and the carefully-crafted spacers, and never could find them. I’ve since gotten a replacement bolt (rolled into another parts order), and so I decided that tonight I’d re-fab those spacers.

So I got the elevators hung on the stab, bolted them down, and then went looking for the spacer material. I thought that I’d done this before just using some of the aluminum tubing I have around, but when I went looking, I couldn’t find any tubing of the right size. The stuff I had fits nicely around an AN3 bolt, but this center bearing has an AN4 bolt.

So I went digging back through my build log, and it seems that when I tabbed these spacers up the first time, I bought some aluminum spacer pieces from a hardware store and used those. I guess I didn’t have any left over either, cause I dug through my parts bins looking for anything like that. This, in turn, put an end to any more work on making new spacers and re-fitting the elevators. I’ll have to make a stop tomorrow and see if I can find some suitable material.

In the meantime, here’s a pic of the stab and elevators mounted to the fuselage: 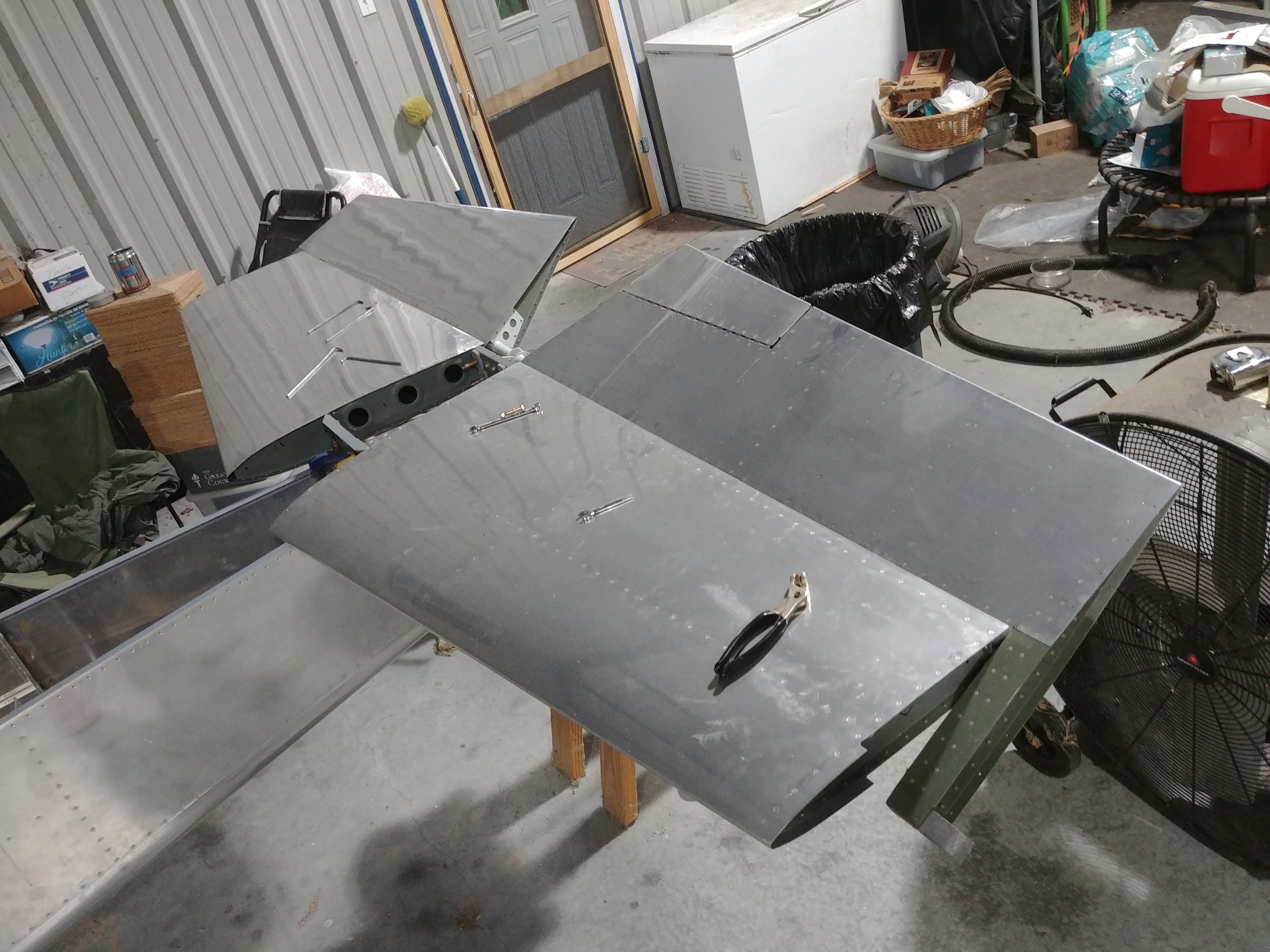 In a continuation of the original theme, I almost called it a night right there. But instead I looked forward to the next section after fitting/mounting the horizontal and vertical stabs, which is putting together the elevator control system. I spent the rest of the work session assembling the elevator bellcrank. Basically, this will be oriented vertically behind the baggage area. The pushrod from the control sticks to the bellcrank will run down low near the belly skin, whereas the pushrod from the bellcrank to the elevators will be mounted higher up, since it needs to go to the elevator horns which are also mounted higher up.

Probably this is going to go back in a bin until after I get the stabs mounted, which I should be able to pick up on this weekend, but look, it’s another part: 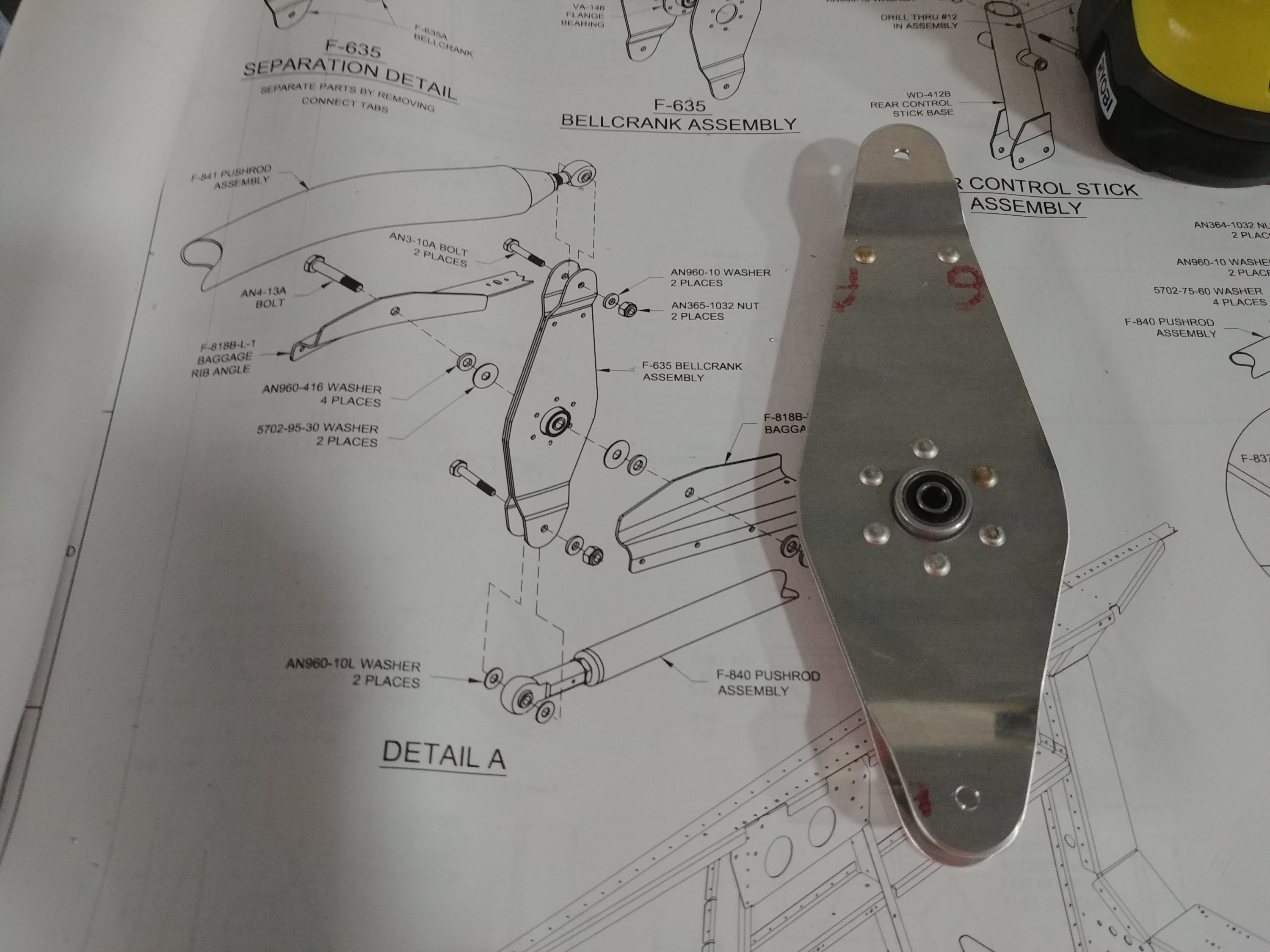