Welp, my shiny not-new (used) angle drill came in today. I picked up the materials I need to remake the elevator center bearing spacers, but I decided that I preferred to pick back up with the stab fitting and then circle back to the elevators later on. So I busted out the angle drill and had one of those “I should have bought one of these ages ago” experiences. It was so much easier to position this thing than the old angle drill adapter.

I had two more of the four forward holes to open up to #30, and then went back to final-drill them to #12, installing the attach bolts as I went. I did pause after the first #12 hole to take a look at its positioning, and it looks pretty decent (though maybe hard to tell from this inspection-mirror photo): 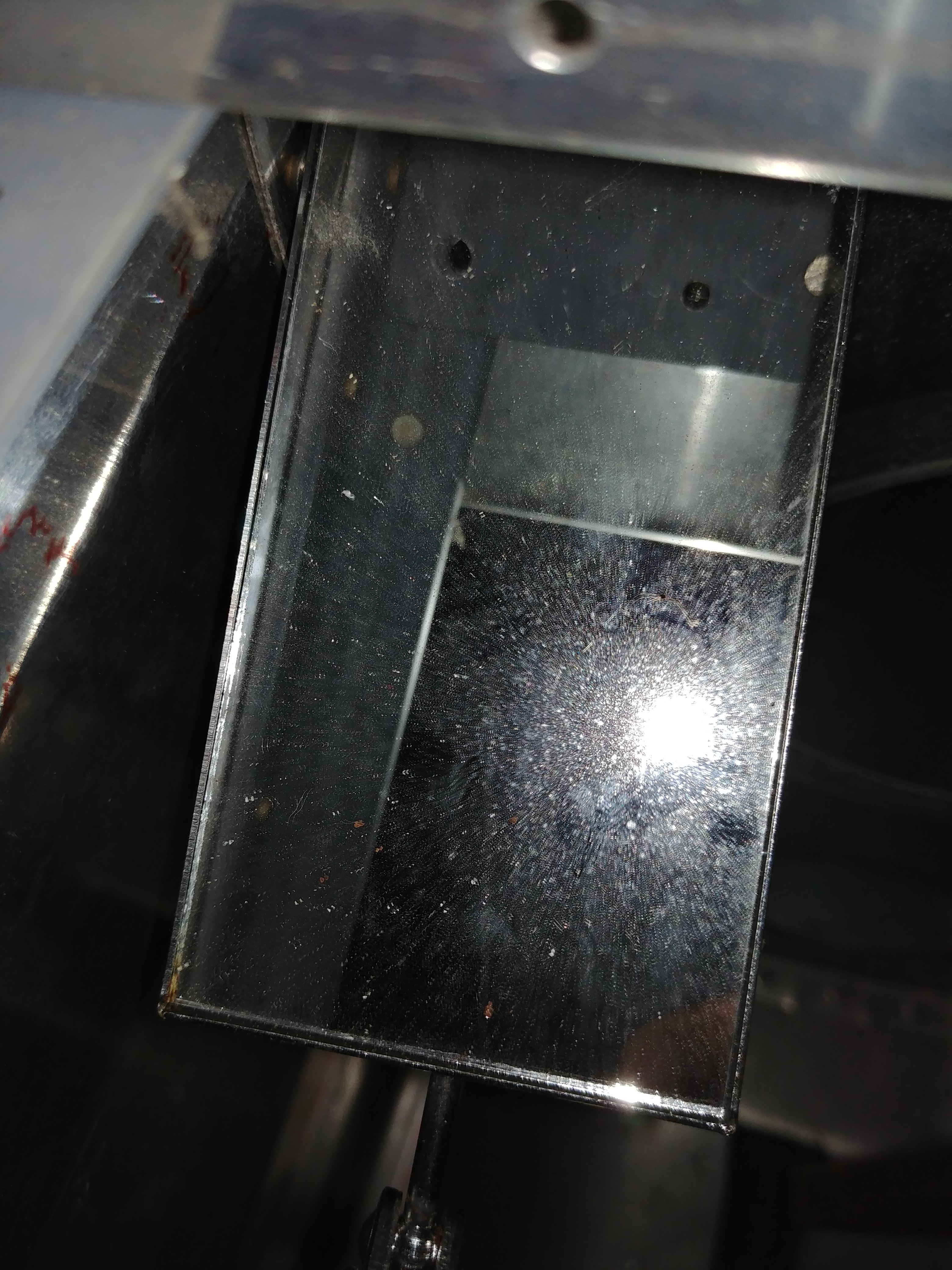 After installing all four attach bolts, I took another photo, using the front-facing camera on my phone, which ended up being unintentionally amusing and sorta creepy. But hey, the bolt positions look good: 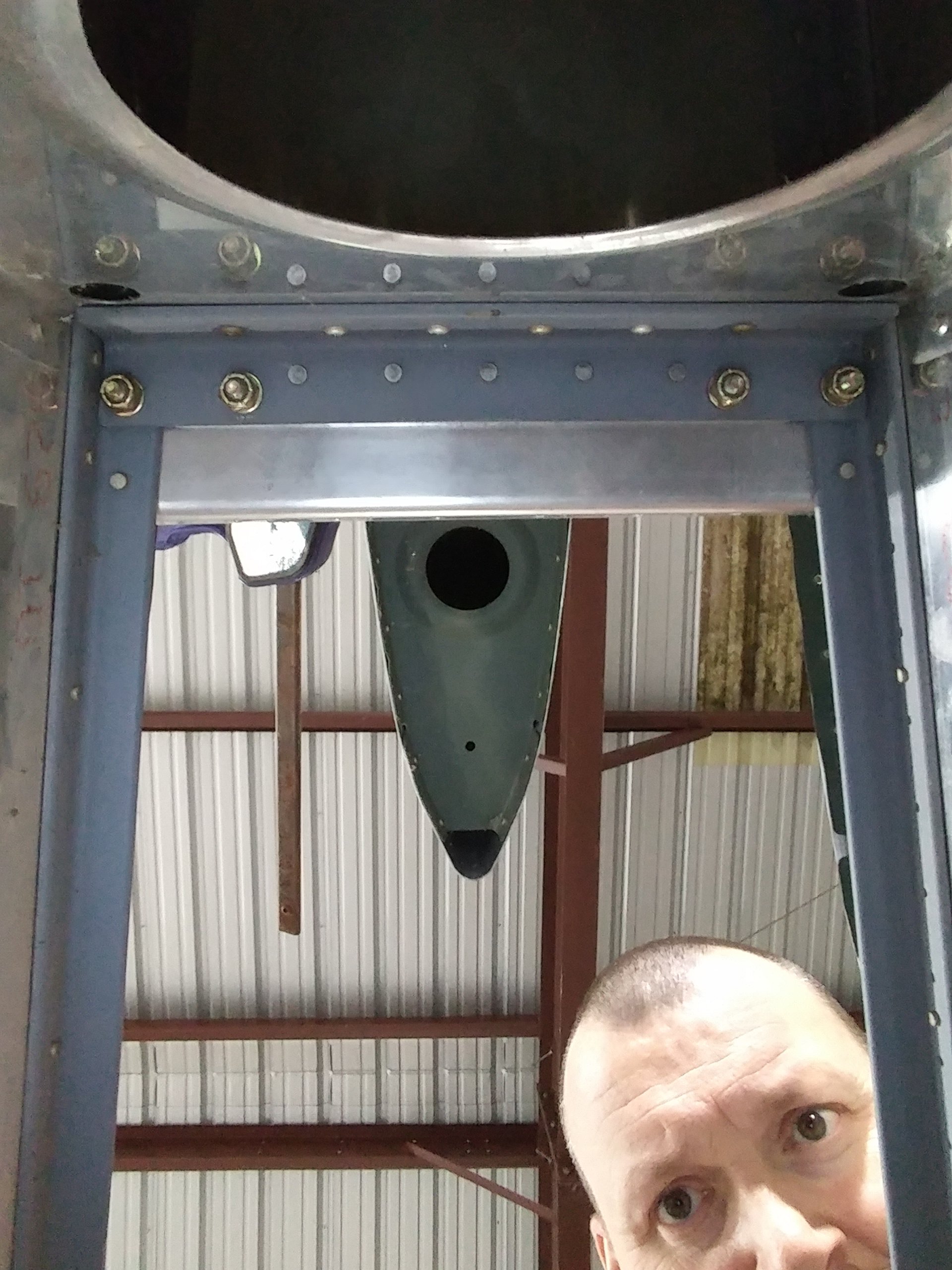 Next up, it was time to dust off the vertical stab. This is actually the first time this thing has come out of the shipping fixture I built for it in Atlanta, about…um….six years ago. There were quite a few mud dauber nests to clean off of the thing, and then I had to remove the rudder and set it aside.

Technically, the first thing I’m supposed to do is trim the forward spar of the vertical stab, but I was about ready to call it a night, so instead I just settled for clamping the stab in place so I could get this photo: 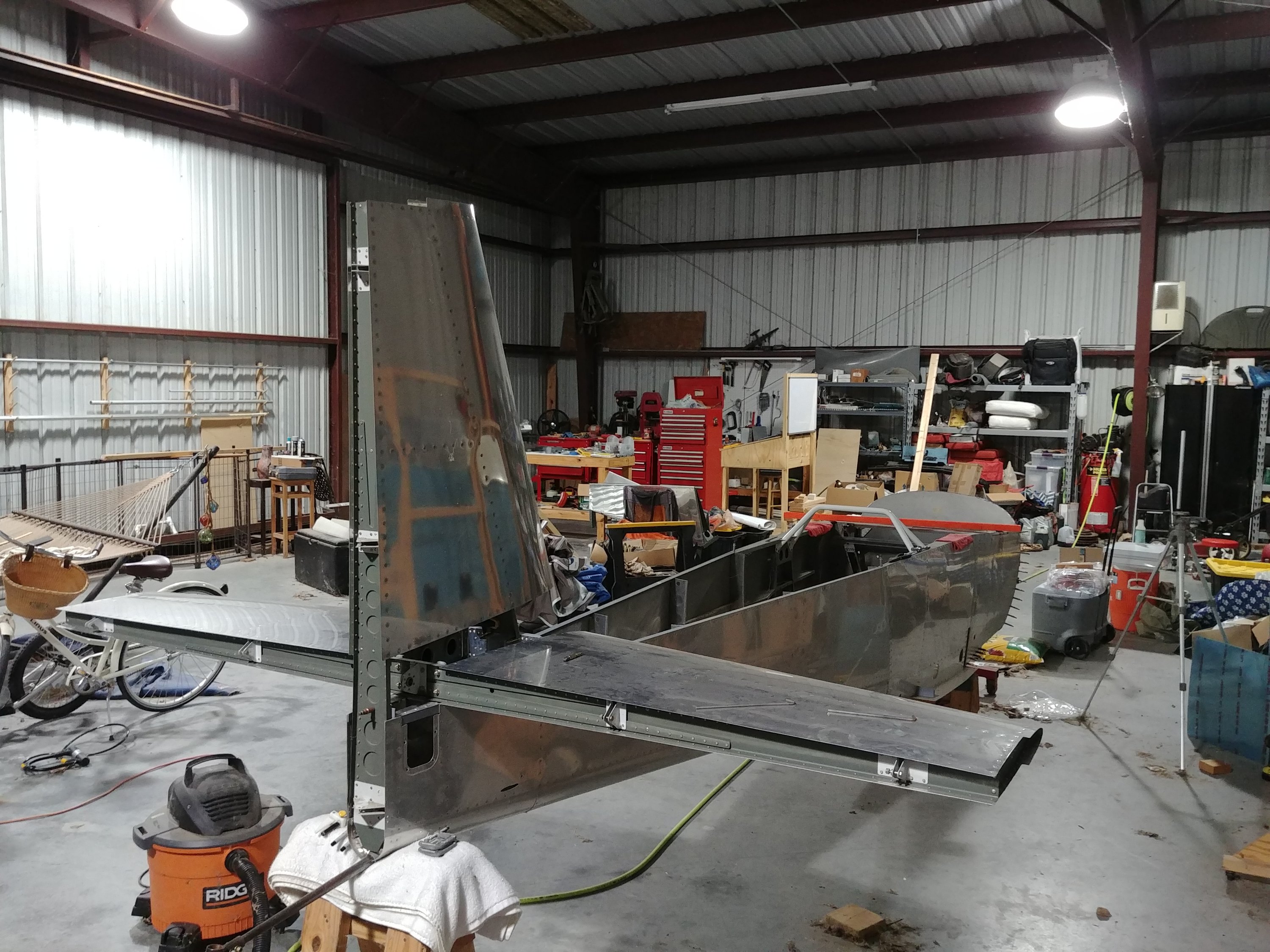 Tomorrow I’ll have to do this in a more serious manner. Actually mounting this thing looks interesting, for some reason there’s a spacer piece that goes between the forward spar and the attach bracket to the horizontal stab, which should make it fun when it comes time to drill all this stuff in assembly. And I’ve gathered that drilling the attach holes in the rear bulkhead is fuuuuun.