Good solid day of work, sprinkled in between the usual weekend stuff. I started off this morning by finishing all the drilling on the spar assembly, using the prepunched holes in the doublers and angles to drill through everything. Took everything apart to deburr and then double-checked the edge distance on the doublers – all good!

Next up was figuring out how to fit the inboard ribs. Here I was going to be inventing my own procedure, since I already had pre-fitted ribs, and I’d need to use those to lay out the rivet holes through the spars. I figured the way to go here was to cleco the skins to the underlying skeleton, and essentially treat this entire procedure as if I was back to performing the service bulletin on a fully-assembled stabilizer. So I broke out the bucket of clecos and got to work. Now we’re back to something resembling an airplane part: 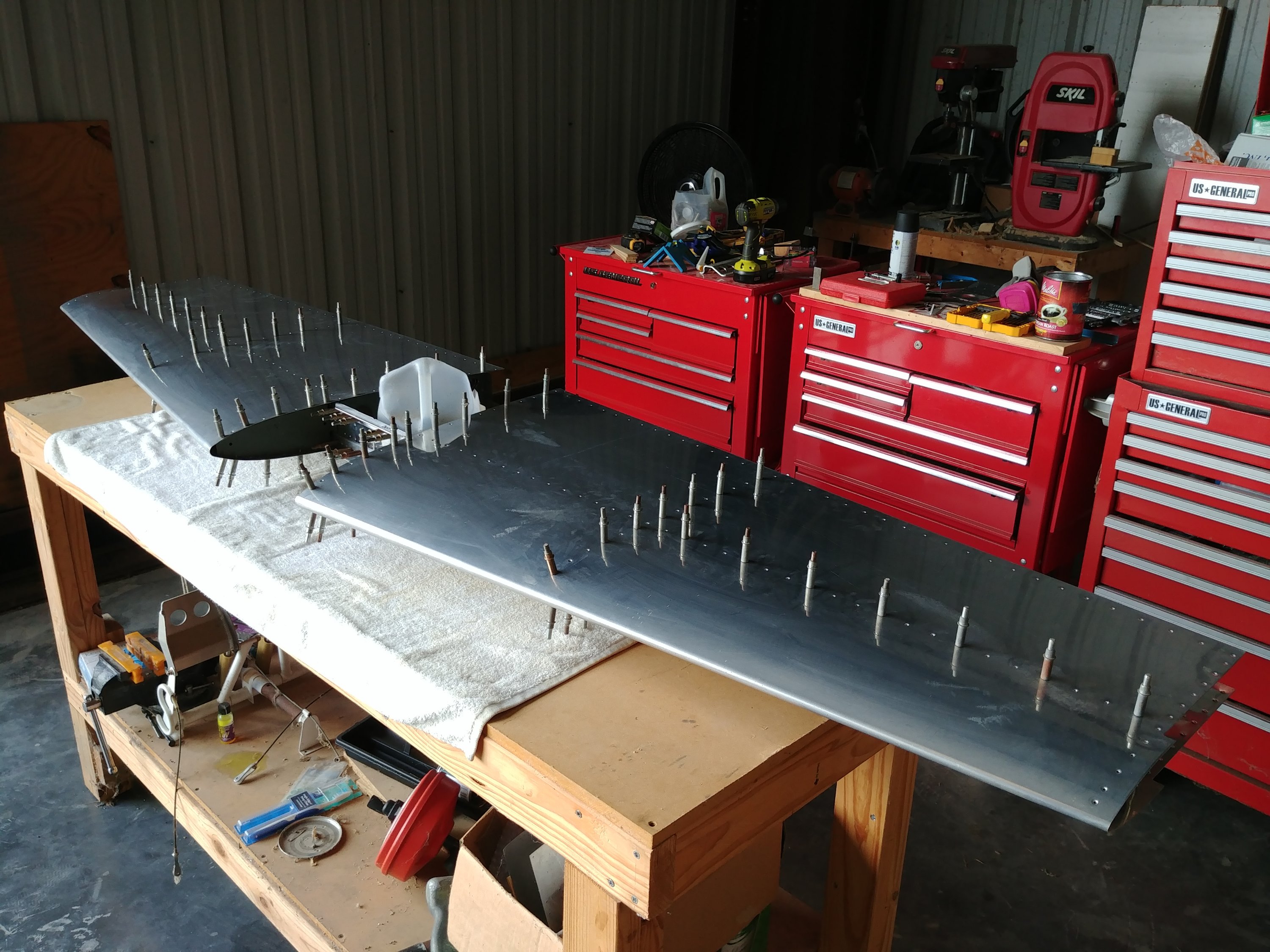 At this point, I had the inboard nose ribs in place, but not the main ribs, and here I ran into my first bit of challenge. The new spar channels are only partially prepunched where they met with the skins – only outboard of the center ribs (this is why the span wise line of clecos above stops halfway in). The problem was, that meant the inboard portion of the spars wasn’t clecoed to anything, and the result was that it didn’t sit flush against those inboard nose ribs: 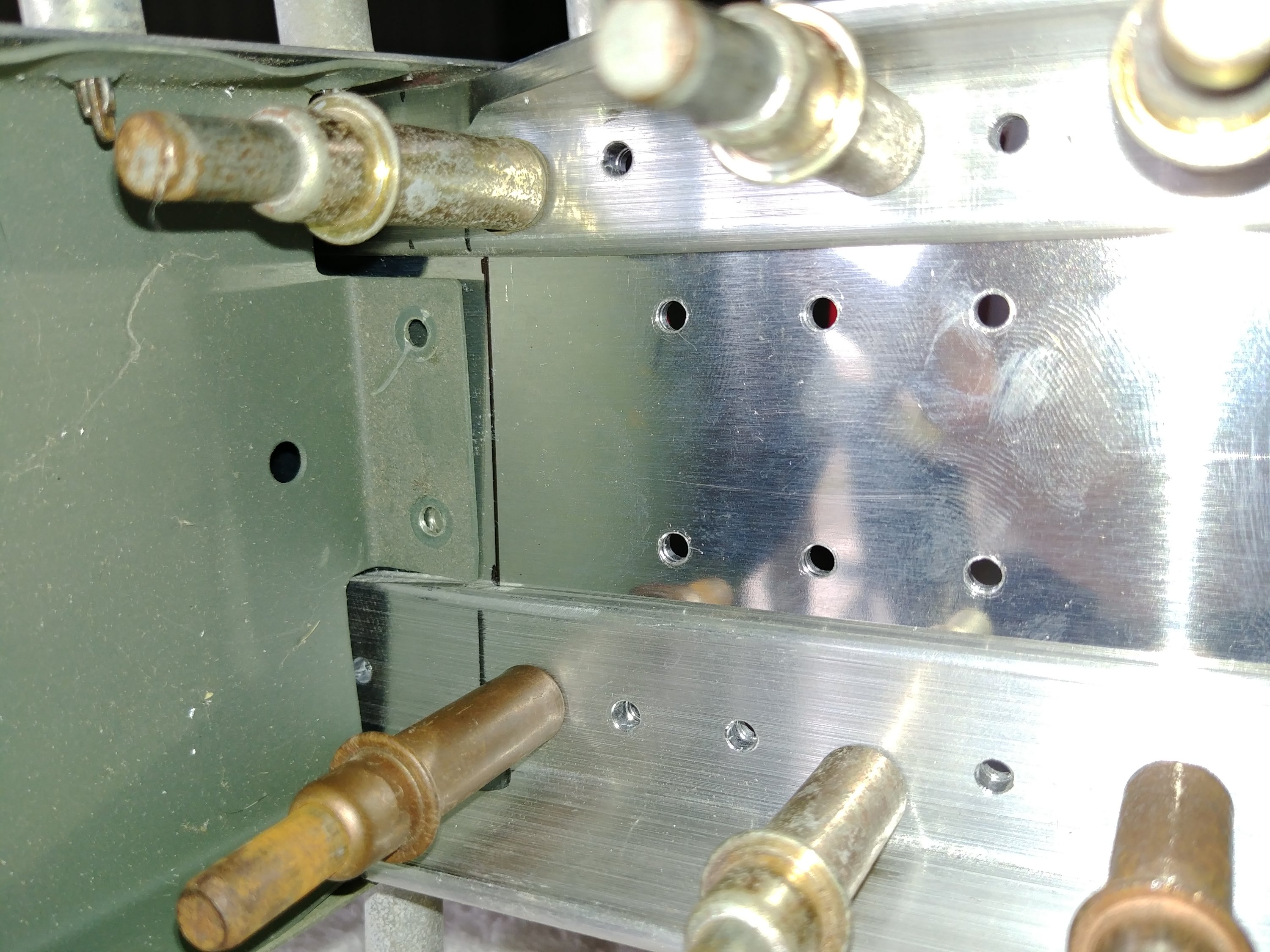 This is an issue, since I’m going to use those holes in the nose rib flange to locate and drill the rivet holes through the spar assembly. I need all this to fit tightly together. So I had to get creative and figure some way to pull the spar forward to get it tight against that rib flange. It wasn’t too hard, nothing that couldn’t be solved by a long clamp applied in a super precarious manner: 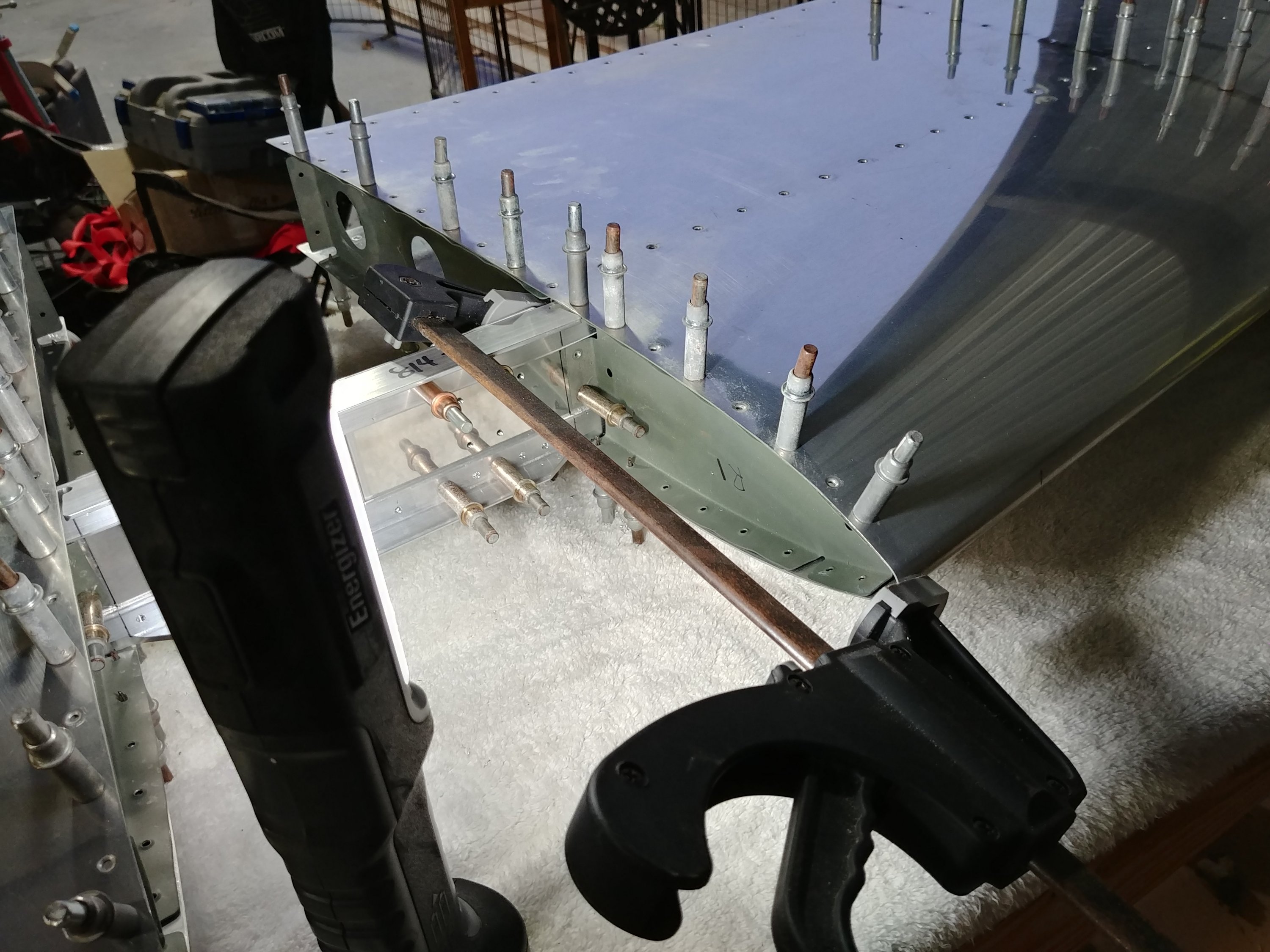 Drilling was fun with this setup too, since that clamp kind of got in the way of accessing that rear flange. I’d originally intended to use the angle drill to make these holes, but it was impossible to get it perpendicular to the surface because the rib web was so close. So I ended up doing things in two stages: I started the holes using a 12” #30 bit, but didn’t go all the way through. I was thinking of how I enlarged those holes in the old spar doing something similar to this, and I was more concerned about that since it can be hard not to apply a side-load to the long bit. I drilled just deep enough with the long bit to get a good start on the hole, then removed each rib and finished the holes using the angle drill. It was a bit painstaking, but it got the job done.

Here we are with both of those rear flange holes complete: 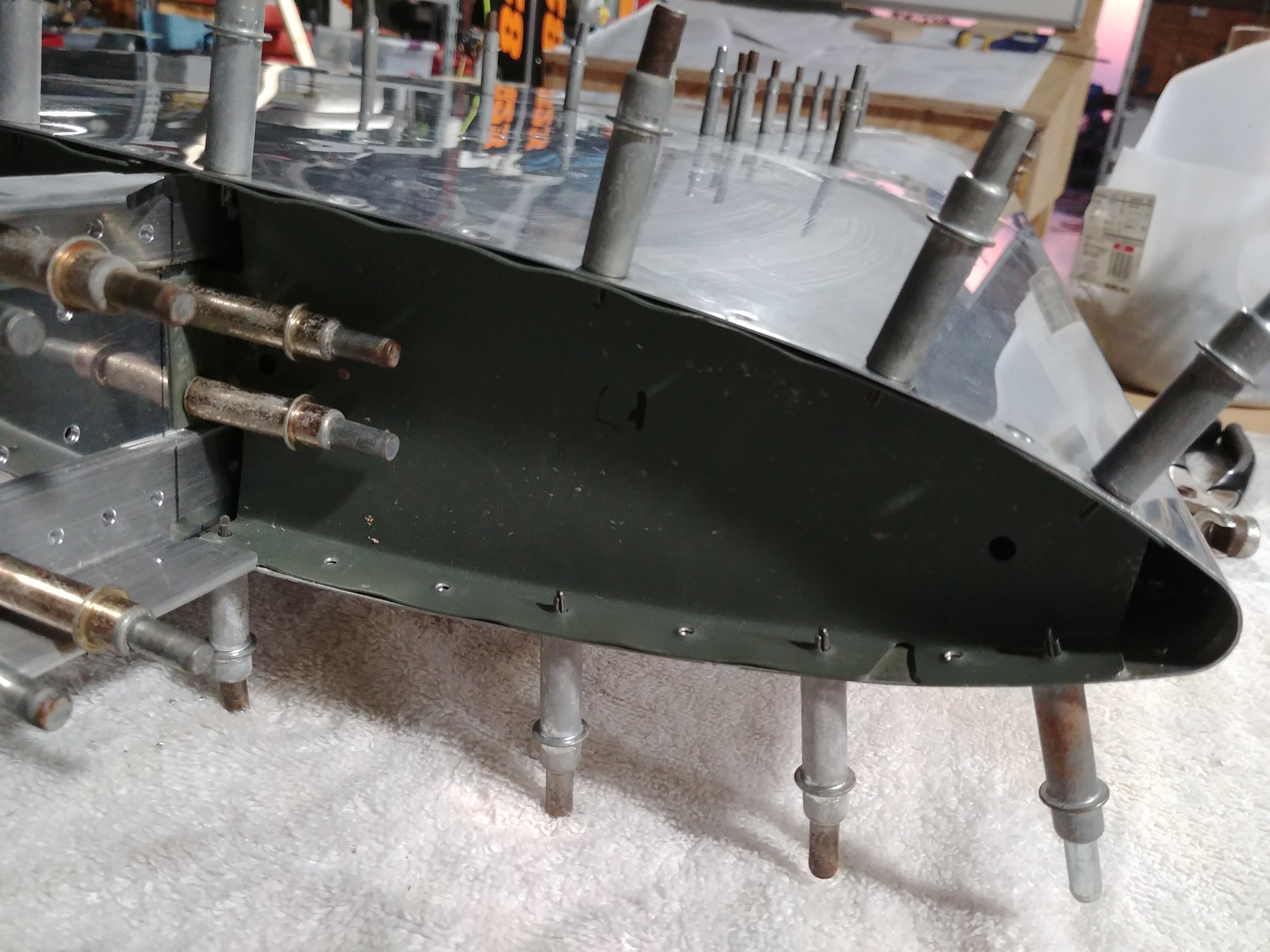 That wasn’t the end of the challenge, though. Next I’ll need to fit the aft inboard ribs, including the piece of aluminum angle that will be spliced in to act as the replacement front flange. To fit this properly, I can’t have those clecos sticking through the holes in the spars, but I still need the spar to fit tightly against the nose ribs for the fitting to work right. So I decided this was the time to final-drill those spar holes in common with the skin. With those done, I was able to remove the nose ribs and still have the spar stay in place, since those holes in common with the skin now positively locate the spar.

My last act of the night was to take the piece of angle material provided for the splice flanges and cut off two 2 15/16” pieces. I cleaned the cut edges up on those and then set them aside – I’ll pick up with that bit of work tomorrow night (or maybe Tuesday). Properly locating these splice angles will require some care, especially since I’ll be inventing my own method for locating the holes. But once that’s done, I’ll be finished with major fitting, and I can move on to some final prep work – final-drilling a few more holes, dimpling the spar, and priming the pieces that need it – and then it’s on to riveting this thing back together.

The end (of this little side journey) is in sight!