So tonight I finished up the last bit of major fabrication for this SB/repair job. I initially had some car-related stuff to do after I got home, but still found an hour to spend out in the shop.

Tonight’s job was fabricating the “replacement” forward flanges for the inboard main ribs. The addition of the doublers on the aft side of the spar necessitates this, since the original flanges used to mate with the spar channel. The new flanges are made of angle material, which are riveted to the rib web. Normally the four attach holes would be drilled in assembly with the spar, using the existing rib attach holes, but since I’m starting over, I don’t have all of those. I do have the two “inner” holes, which are where the the forward inboard ribs attach, and which I drilled last time. The “outer” holes, though, I get to lay out myself.

The end result is kind of a mess of clamps, and sort of difficult to get a photo of. To the left is the rib, to the right is the spar, and sort of barely visible in the middle is the angle: 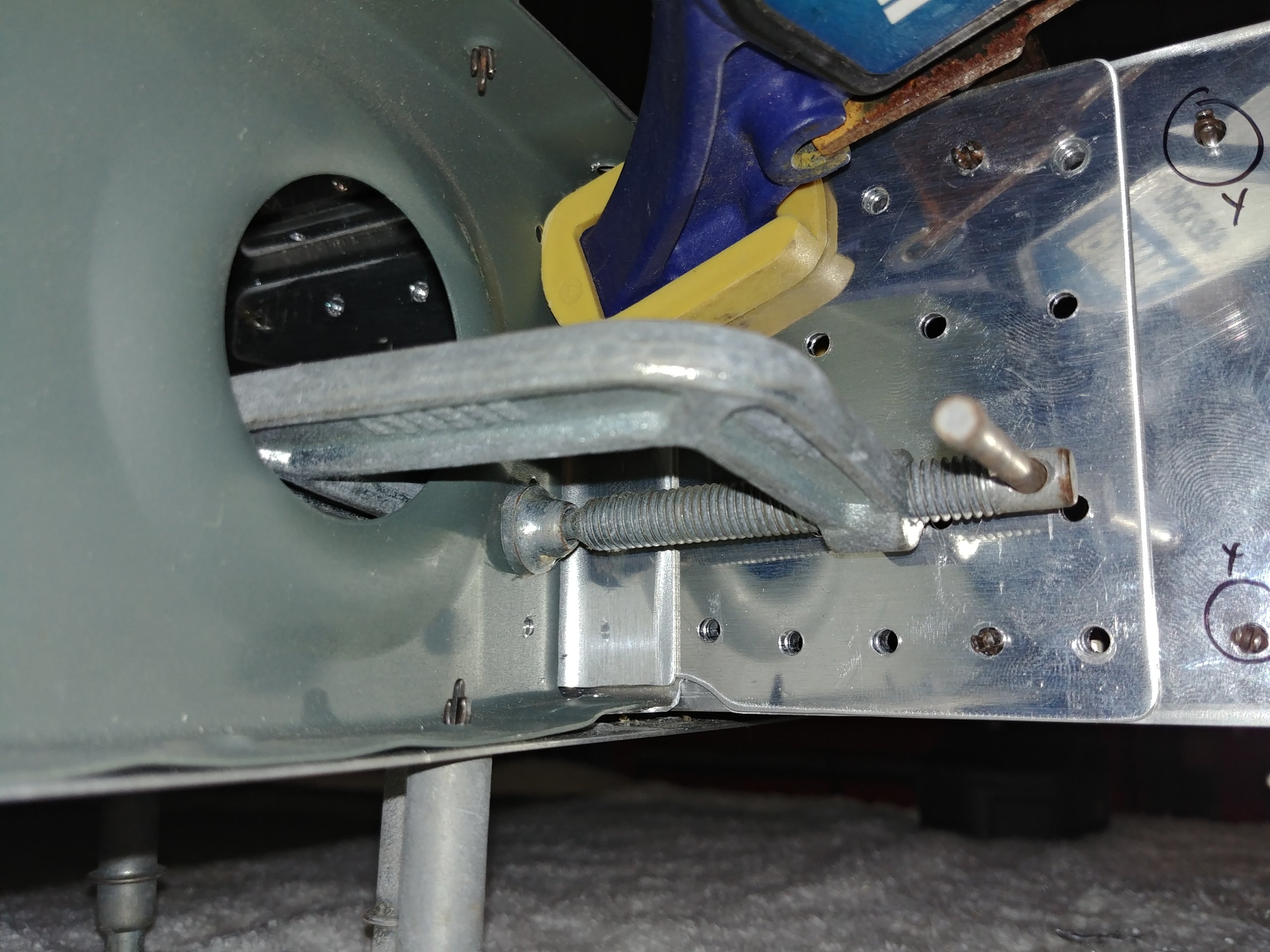 With those two inner holes drilled in each angle, they’re now positively located to the spar, and the ribs can be removed to better show the assembly: 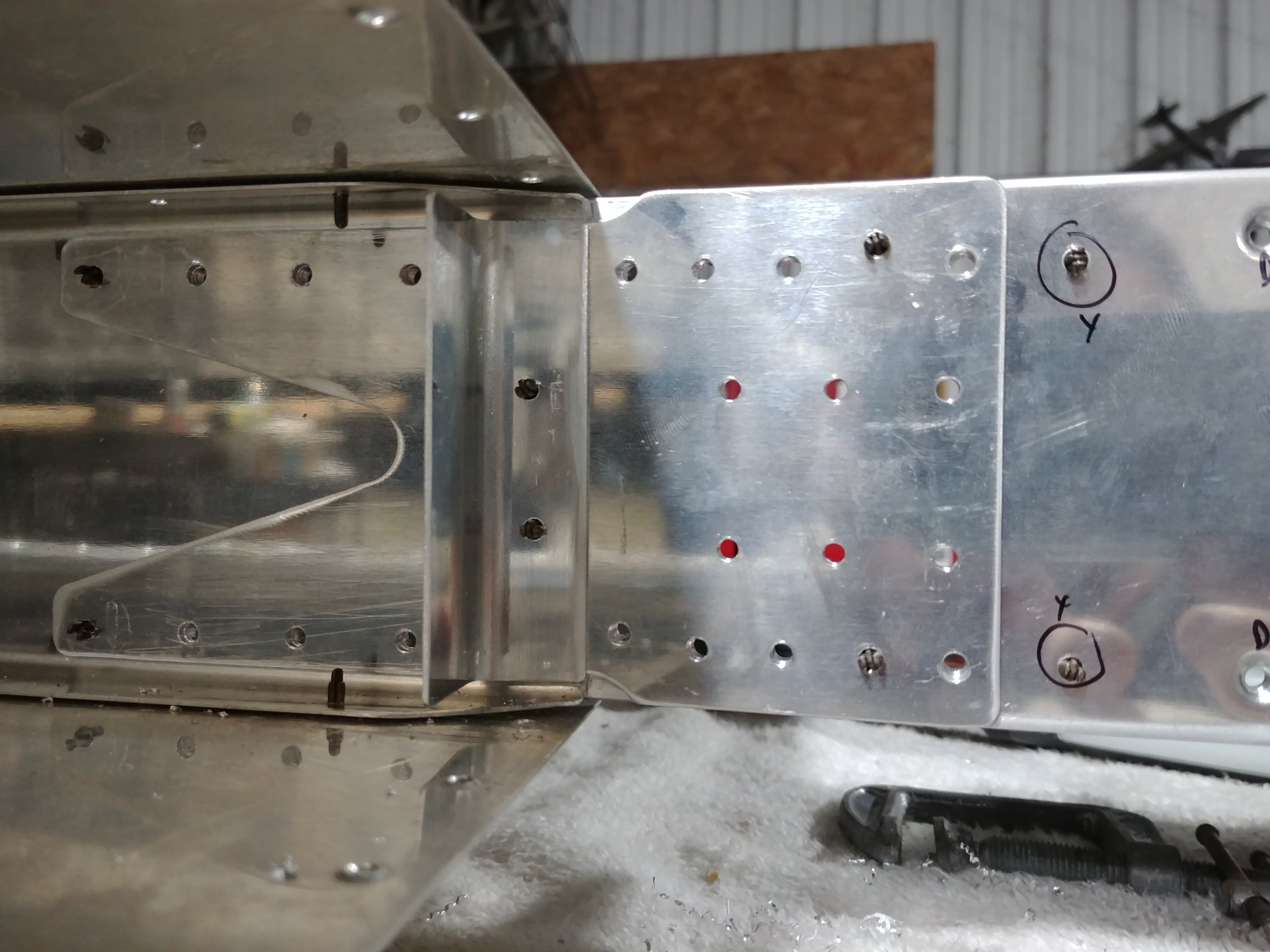 Now comes the more fun part: figuring out where the two outer holes need to be located. These holes will go through four pieces: the rib angles, the doubler, the spar channel web, and the reinforcement angles – and I need to make sure I maintain good edge distance on all of those. Really, the only items of serious concern here are the angles. To make it easier to do this layout, I decided it was best to disassemble the angles and doublers, then cleco those items (minus the spar channels) on the bench to be able to better visualize things. With that done, it was easy to use a straightedge to trace the inner edges of the reinforcement angles onto the rib angles: 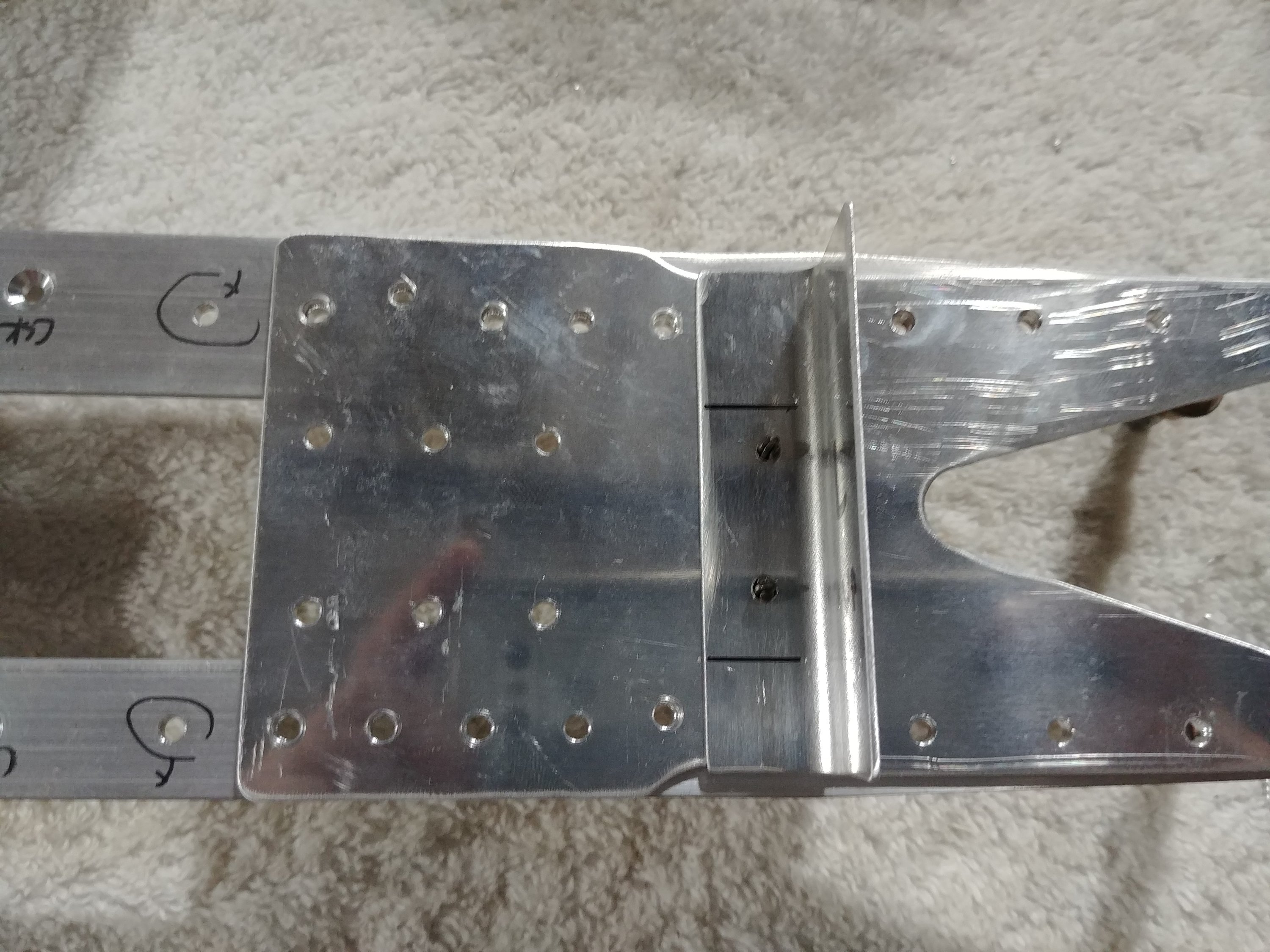 Then it was easy to lay out the desired rivet locations, center punch them, and drill a #40 pilot hole in each location. Then I was able to cleco all those pieces back together with the spar, and use those pilot holes to final-drill #30 through the entire assembly. With the rib angles fully fitted to the spar, I could now cleco the ribs back in place and get ready to drill the rivet holes between them and the angles.

Once the ribs were in place, I clamped each rib to it angle with two small C-clamps. The C-clamps were the right tool for the job, as I need these things to be clamped super tightly. Once the clamping was done, the rib and angle was unclecoed and removed as a unit, so I could drill the pilot holes (already in the rib) to final size in assembly with the angles.

The pieces clamped and ready for drilling: 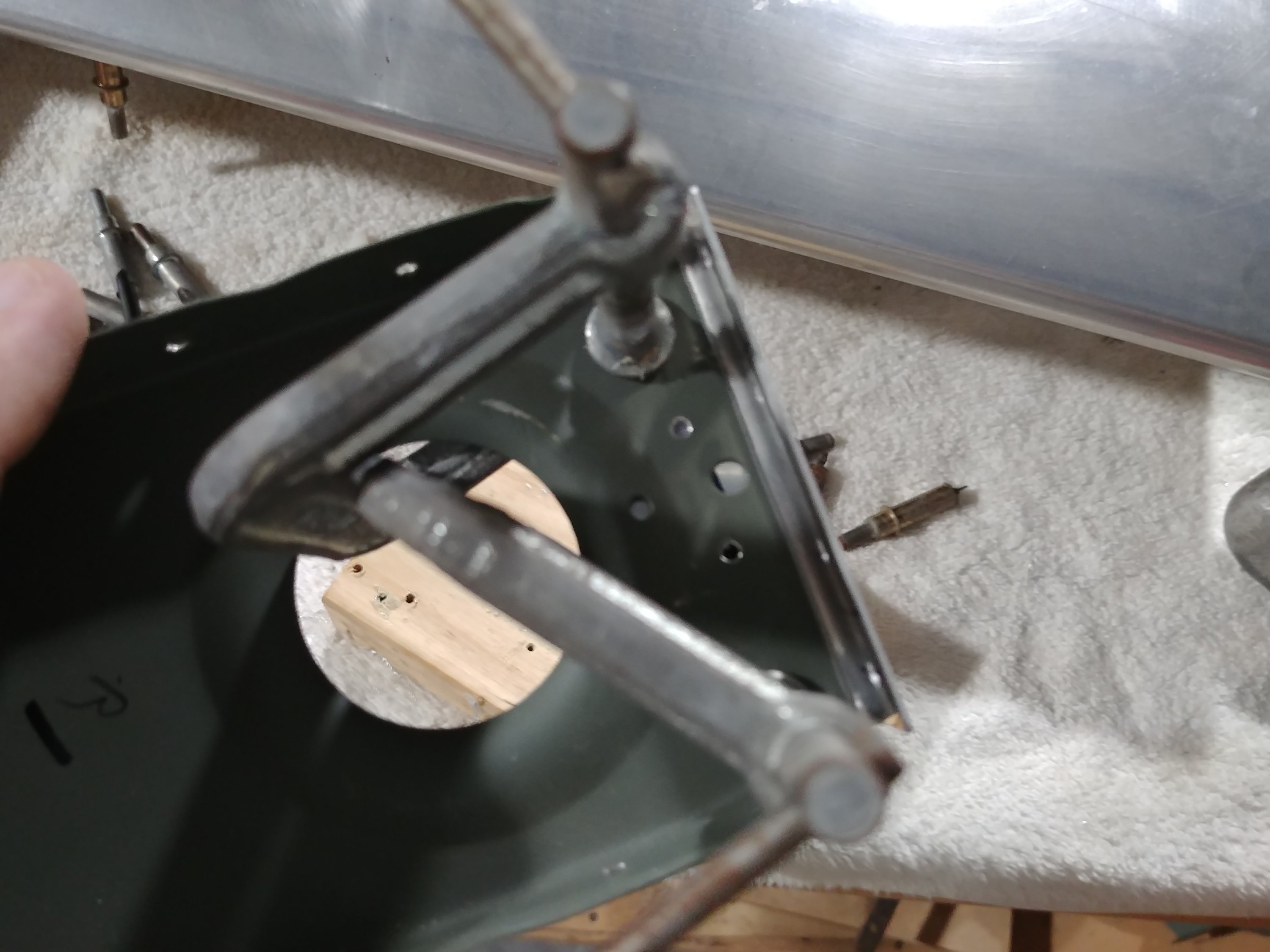 And the pieces all drilled and ready to go: 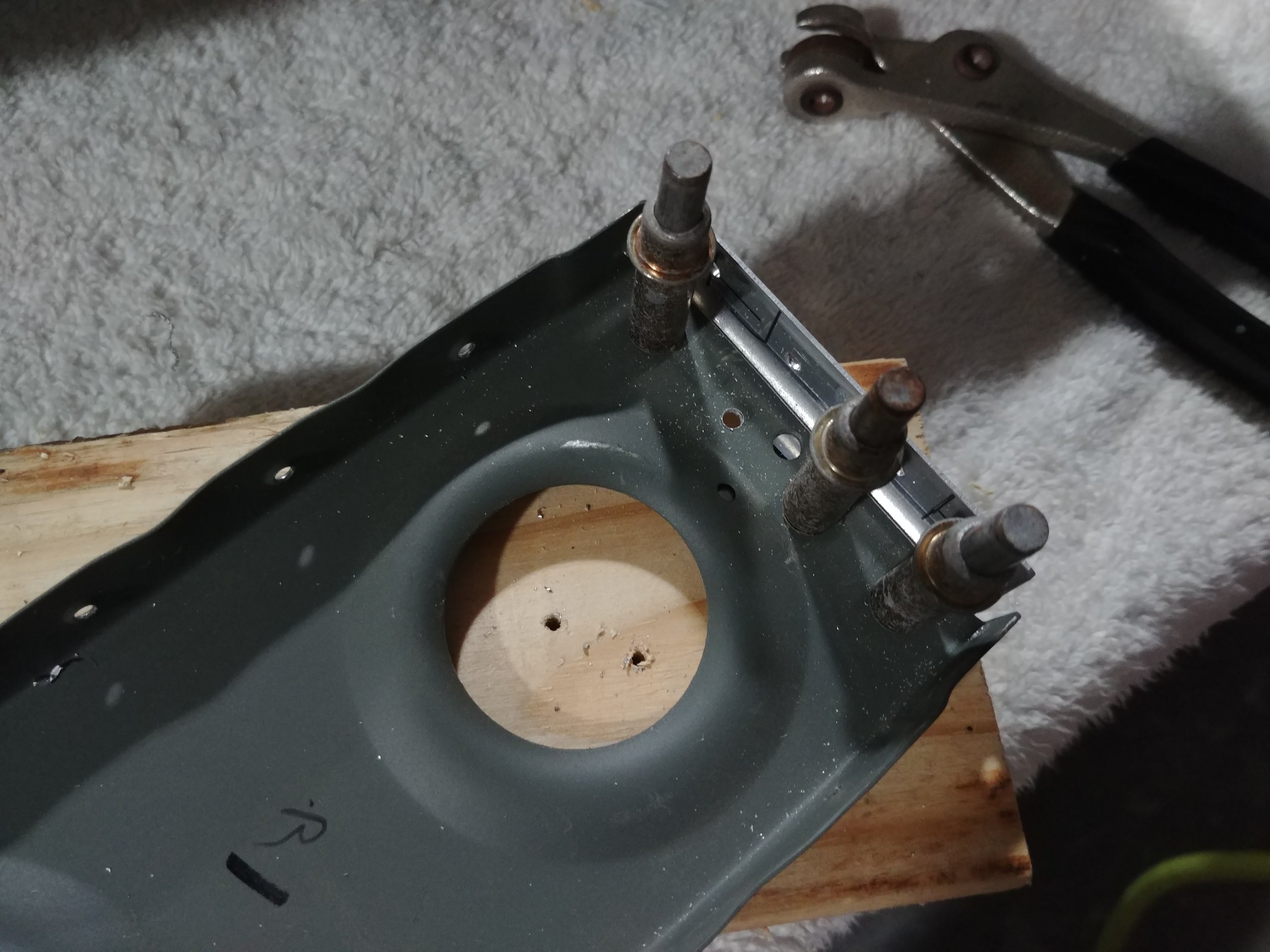 And that’s it for the fabrication stuff. There’s still some disassembly, demurring, dimpling, and priming to be done, but overall I’m pretty close to being ready to start riveting all this stuff back together!