Busy day. Had a fly-out event for work in the middle of the day, then another thing in the afternoon. Still found some time to get out in the shop, though.

Tonight was almost entirely just doing modification work on the spar channels. The big fun here is cutting the relief notches at the spot where the channel will be bent to match the bends in the angles. I’d read about people having edge distance issues here, so before I cut anything, I cleaved both the angles and the doublers to the spars, and marked the holes in each piece that would eventually be drilled into the other piece. The important bit here is that a couple of rivet holes for the doublers end up really close to the relief notches. And I found that if I had naively cut the notches as called out in the plans, I would have violated minimum edge distance here.

With that in mind, I laid out the notches so they wouldn’t be so deep. Unlike the SN notches – which are made entirely by hand with a file – here the main work is done with the drill, ending in making a 1/4” hole with the unibit. Next the corners of the flanges get trimmed, and the whole area gets some sculpting with various files to make everything nice and smooth and round.

By the book, the next operation would have been bending the spar tabs, but I decided it’d be smart to go ahead and clean up the edges of the spar channels first, so that’s what I did. Then I carefully marked the bend lines and made the bends. Then I clecoed everything together for a test fit: 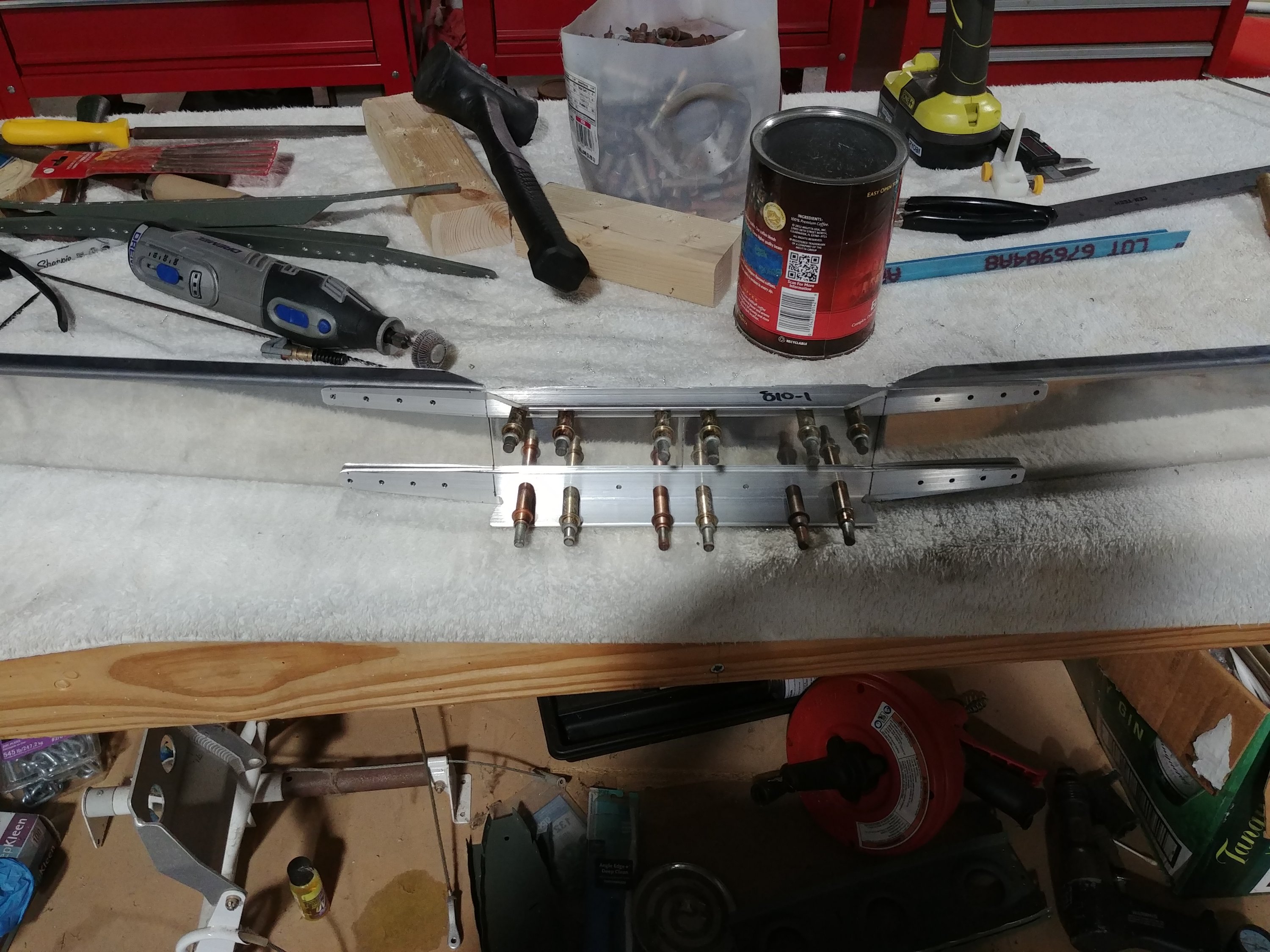 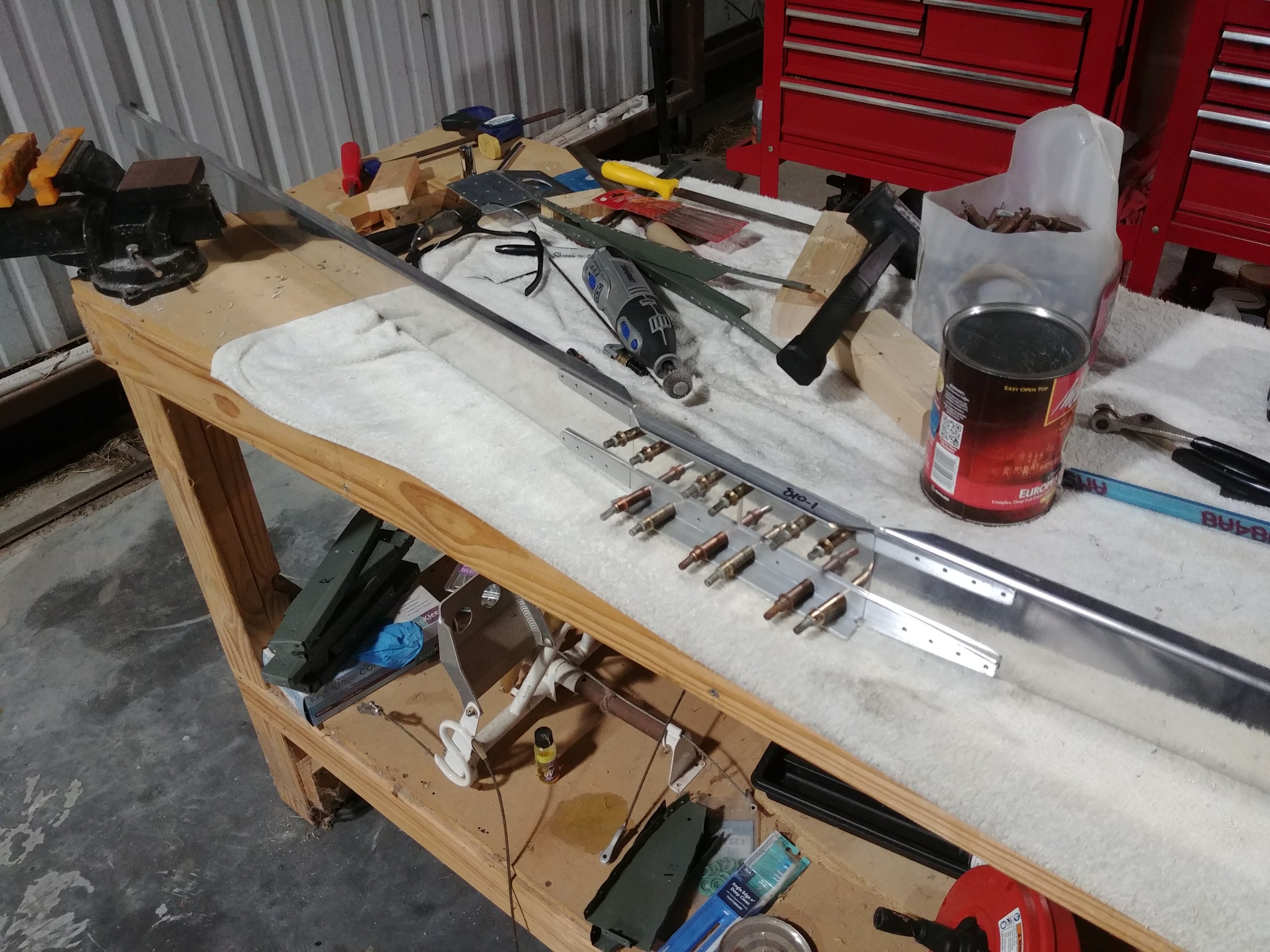 The interesting part now is this: Earlier, I was supposed to have drilled all the holes inboard of those bend lines, while the other holes were to be postponed until after the bends were done. But at no point do the instructions actually say to drill those holes…guess I’ll go ahead and do them, there’s no reason not to now that I can see.

The other fun thing I noticed tonight: the spar channels are not fully prepunched where they mate with the skins. For whatever reason, they only seem to be prepunched outboard of the mid-span ribs. So it appears I’m going to have to drill all of those holes in assembly with the skins when I temporarily put this together in the near future.

The other real fun will be fitting the inboard ribs. I’ll have to think hard about how I’ll locate the top and bottom rivet holes for the inboard main ribs. The two center holes are made in assembly with the nose rib, so those locations are predetermined. The other two holes – well, with the forward flanges of the main ribs gone, there’s nothing to match up with, so I guess in a certain way of thinking I can put them wherever I want…eh, we’ll see.