Bit more progress today. A lot of the day was taken up with the monthly local RV people lunch, along with some other home-project stuff, but I got up early enough this morning to get some work in, and then got some more in after dark.

But yeah, it was just nutplates. First up were the four nutplates where the aft control mount will attach. These weren’t too hard, just had to set up the nutplates, drill the holes, countersink, and set the rivets.

The other two were more fun. Way back, just ahead of the baggage bulkhead, is where the two bearing blocks that support the ends of the flap weldment sit. One of the two holes for each block is prepunched, and that nutplate was riveted, I think, back before the seat angles were even installed. The second hole was drilled using the block as a guide, and now it was time to install those second nutplates. Access here is a lot more fun, since they sit really close to the fuselage side skins.

It was clear from the beginning that this would require the angle drill attachment. Drilling the holes went well, but then they had to be countersunk. There was no room for the countersink cage here, so I just threaded the countersink cutter into the angle drill extension, and sort of eyeballs the countersinks. And I just had to get a photo of this Rube Goldberg arrangement (side note: there’s a lot of mud dauber debris still down there): 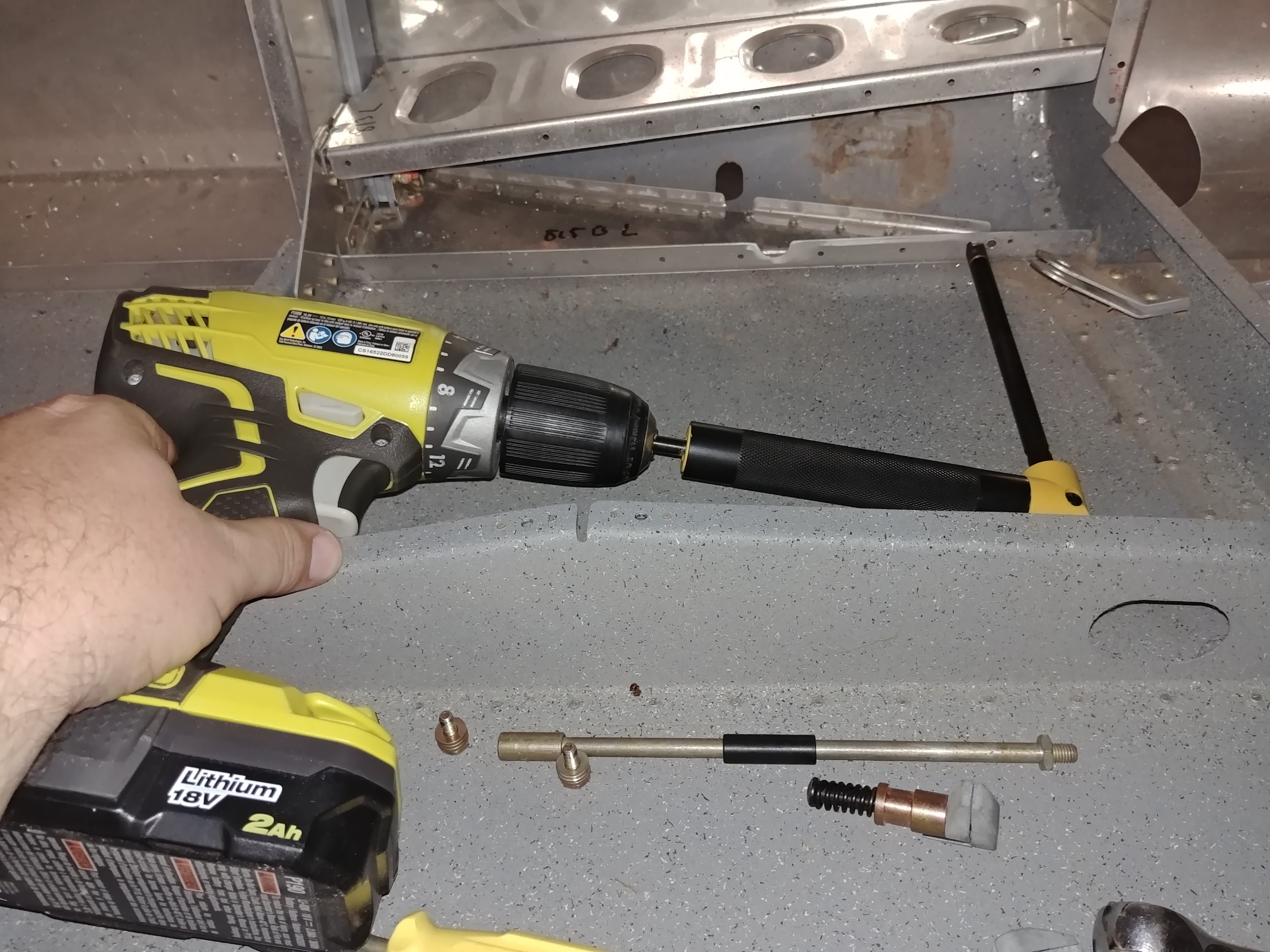 Next up was figuring out how to rivet these. The construction manual suggests squeezing them using a pair of flat vise grip pliers. For one thing, that seems super ghetto to me. For another, I don’t have a pair of those. I elected instead to use blind rivets for these nutplates…way easier.

And then it was 11:00 and time to call it a night. Next up will be getting the stiffeners in place on the seat floors.I guess I should see about priming the cable anchor for the throttle quadrant at some point too…probably easier to do that on the weekend when I have plenty of daylight, vs trying to squeeze it in on a weekday evening.