Back at it again tonight. To start with, I took a look at the construction manual and confirmed I was basically done with the throttle quadrant section. The only remaining steps here are to prime and paint the throttle quadrant and cable anchor, but that wasn’t stuff I could do tonight. I do, however, need to think about what I’m going to do about paint for the quadrant. While I’ve been painting all the assorted interior stuff with the granite texture paint, I know I’m going to want the panel, for example, to be a different color. Probably the glareshield, too. And since the quadrant itself is black anodized aluminum, I kind of feel like the surrounding mount should be black as well. And then I’ll probably make the right-side console black also just for some sort of symmetry.

All that is to say that I’ll probably want to pick up some paint to test with soon. The final step in the quadrant section is to mount it in place in the fuselage, which seems like a point at which it ought to be final painted (though it is removable). Just something else to think about…

Anyway, with that section put to bed, I moved back to where I left off with the seat floors. I don’t even remember any more why I stopped in the middle of those and jumped ahead, I guess I should look back and see if I mentioned it at the time. But anyway, the first order of business was installing nutplates on a couple of floor support angles. This was a bit annoying, since said angles are already permanently mounted to the seat ribs. Ergo, I had to work inside the fuselage, and there wasn’t a ton of space.

The fun part was deciding how to put the nutplates in place to serve as drill guides. Normally I’d put them where they’ll be finally, and hold them in place with a screw, but in this case that would have required drilling the rivet holes with an angle drill. The other option was to screw them in place on the top/accessible side of the angle; that made drilling easy, but I had to use a stubby screwdriver at an awkward angle to hold them in place. But it wasn’t too bad: 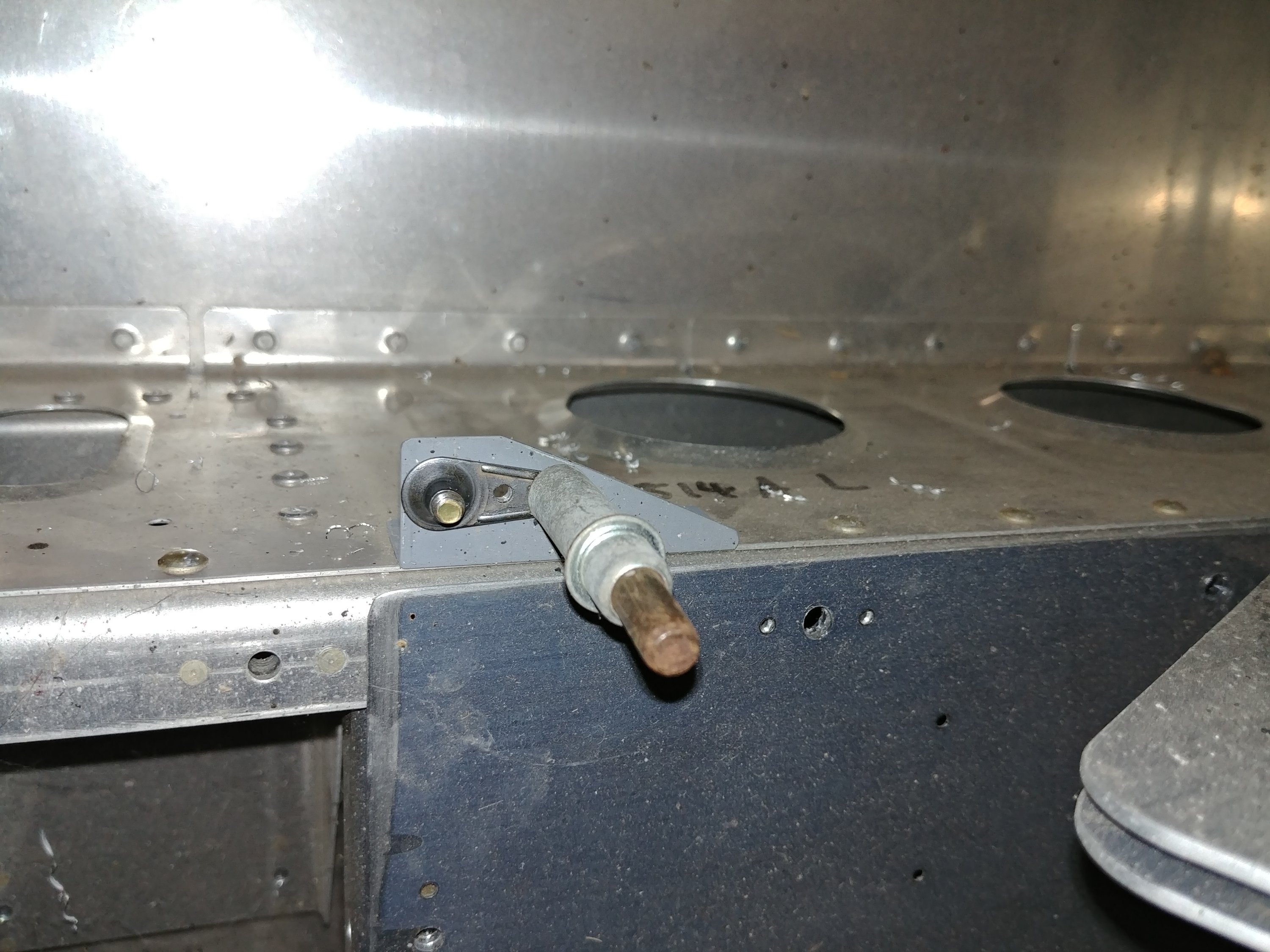 With the holes drilled, I just had to countersink for flush rivets and rivet the nutplates in place. Done!

Next on the docket was the aft control mount. This is a beefy chunk of aluminum that, well, serves as a mount point for the control column. First order of business here was demurring the thing. That’s always fun on pieces like this made of super-thick material. The tooling marks on the edges are substantial and take a bit to remove. I ended up using a combination of the vixen file, bench grinder, and Dremel with assorted sanding bits to get this done.

Then it was time to pull the seat floors out of the fuselage, where they’ve been clecoed for…some time. Removing them was pretty easy, but that led to more fun. There were several sizable mud dauber nests hidden under them, so I got to spend some time removing them. By the time that was done, it was 10 PM and it seemed like a good time to quit for the evening.

I’m hoping that, before the weekend’s out, I can get those seat floors completed (I think they just need stiffeners cleaned up and riveted) and then primed and painted. We’ll see how that goes…