Aaaand here we have yet another instance of “seemingly simple things gone wrong.”

Tonight I had low ambitions; I figured I’d get the selector mount riveted together, temporarily mount it in the fuse, and fit the left mid-cabin cover and get the holes needed for the selector at least marked and maybe even cut/drilled. Doing the riveting wasn’t difficult, as one might expect, though it was a bit more tedious than I expected. (it takes some experimentation to figure out how to hold oddly-shaped parts steady for squeezing rivets)

The fun came when I screwed the selector mount into place. Here it is in all its glory (I clecoed the face plate on just so it’d look a little more like something): 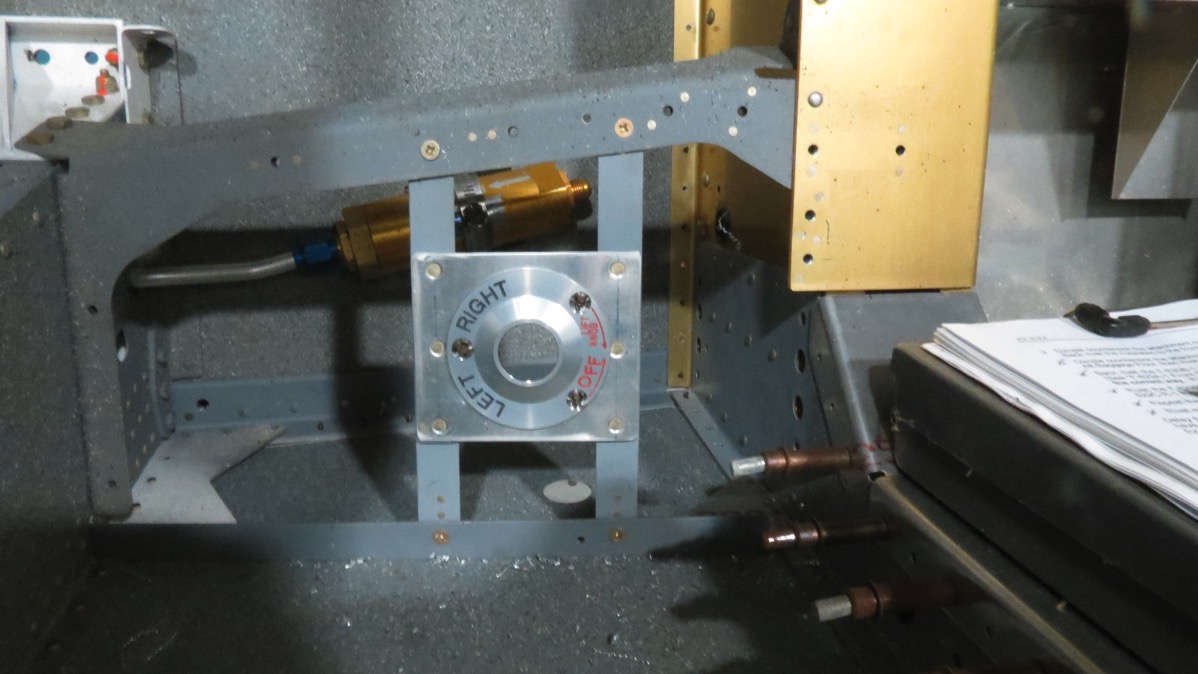 Now for the mid-cabin cover. Now, here’s the thing with these covers: They basically cover the trapezoidal area seen in the photo above, and mount with screws around the perimeter. The screw holes and nutplates are prepunched on the braces and the spar center section, but the auxiliary longeron (bottom in the photo above) needs to have to screw holes drilled. The cover itself has these holes prepunched, so you just temporarily attach the cover and use it as a guide to drill those holes.

Except for one problem: it turns out that the forward part of my selector mount sits almost exactly where one of those holes has to be drilled: 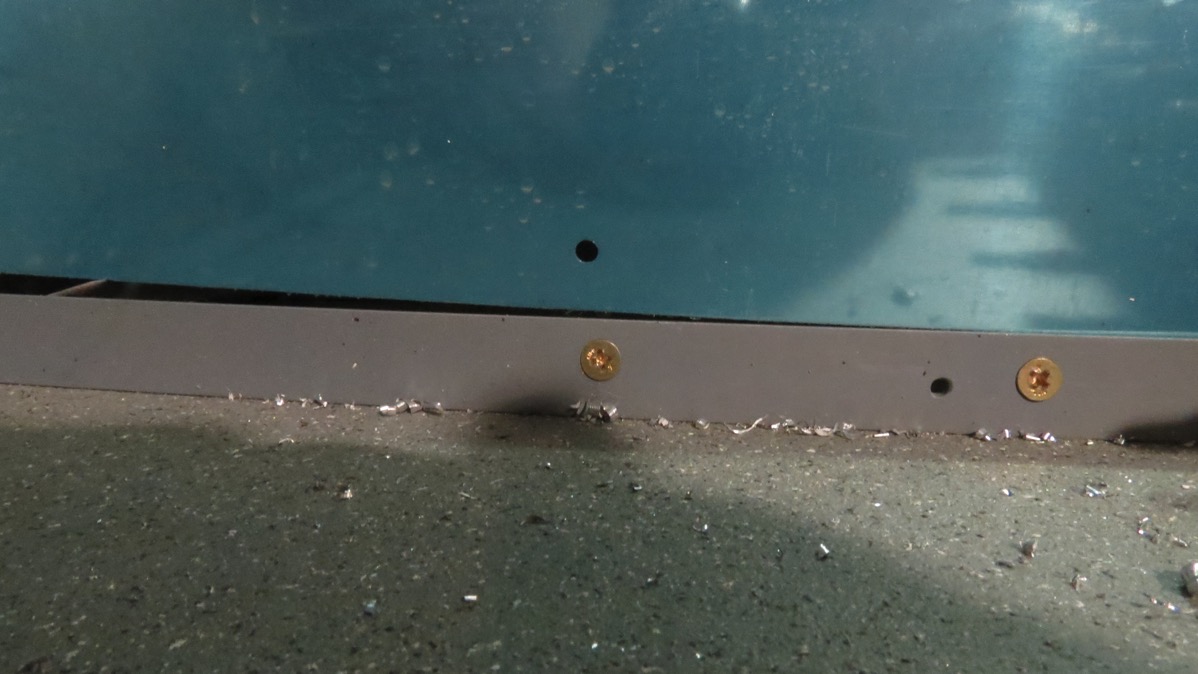 So long story short, I can’t use that hole location. Not really a huge deal though, I can just make a new hole in the cover an inch or two forward. But then if I use this prefab cover piece, there will always be that empty screw hole that probably only I will know is there. The good news is that I have material on hand to make a new cover; the covers are the same thickness as the leading edge skins, and I still have by damaged skin sitting around. I figure I’ll just cut a new cover for the left-hand side out of that. Shouldn’t be too hard, the shape of the cover isn’t especially complicated.

But that’ll be a job for another night. And who knows, by then maybe I will have decided that an extra open hole isn’t that bad after all. We shall see…