So this actually covers some short work sessions both from Saturday and today. Saturday turned into an interesting day; I’d found an interested hangar home for sale by its owner a few days before, and we contacted the guy and decided kind of on a white to go check it out that day, since the man was available to show it. And it was pretty cool, and pretty affordable, and so we’re going to try and make a move on it. So that whole thing kind of took up the rest of the weekend in research, discussion, etc. Neither of us have bought a home before, so this is uncharted territory.

But enough about that. All I got done this weekend was to mount the seatback support weldment and get it screwed/bolted/riveted in place. There are a lot of fasteners that attach this thing; I assume that it has a pretty major role in stiffening the fuselage structure around the cabin. On each side there are four #8 structural screws, eight AN3 bolts, and ten rivets. Access to those AN3 bolts is especially fun, since they bolt through the support plates. That means reaching into the narrow space between the plate and the skin and trying go install a tiny nut on a tiny bolt. Here again, the rotisserie proved its worth; by rolling the fuselage 135°, it was much easier to see what I was doing.

I was expecting the rivets to be somewhat unpleasant, but they were actually pretty easy. Torquing the bolts was far more work. So now I have a seatback support: 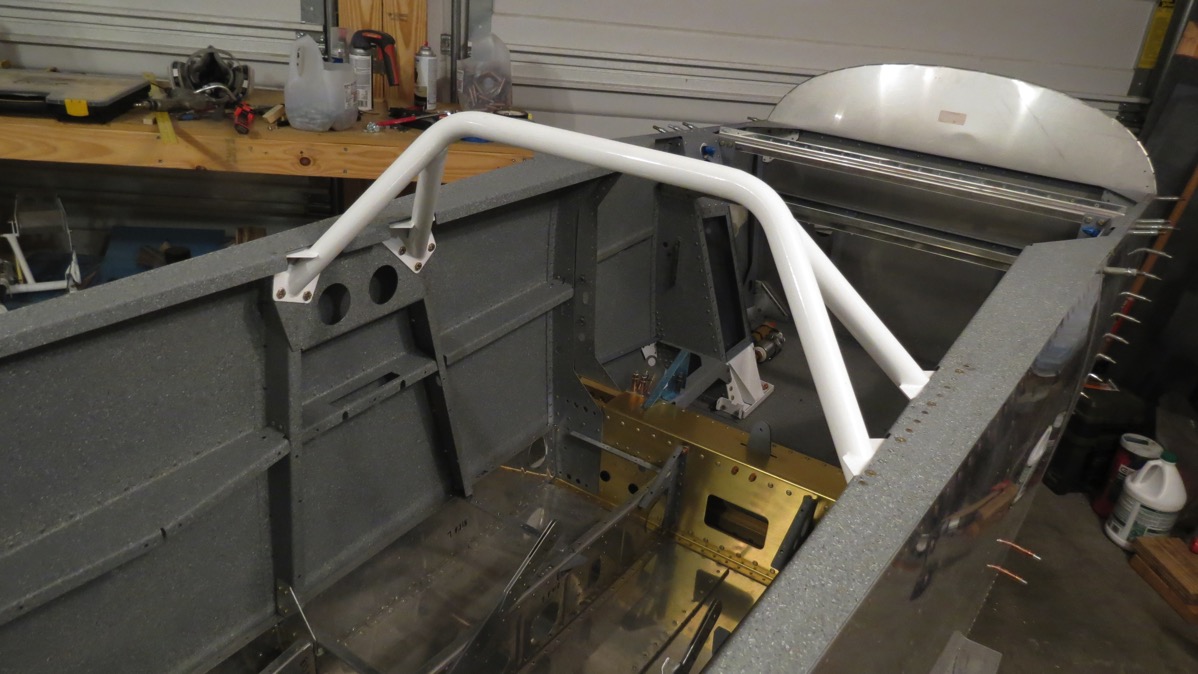 Bolts through the support plate: 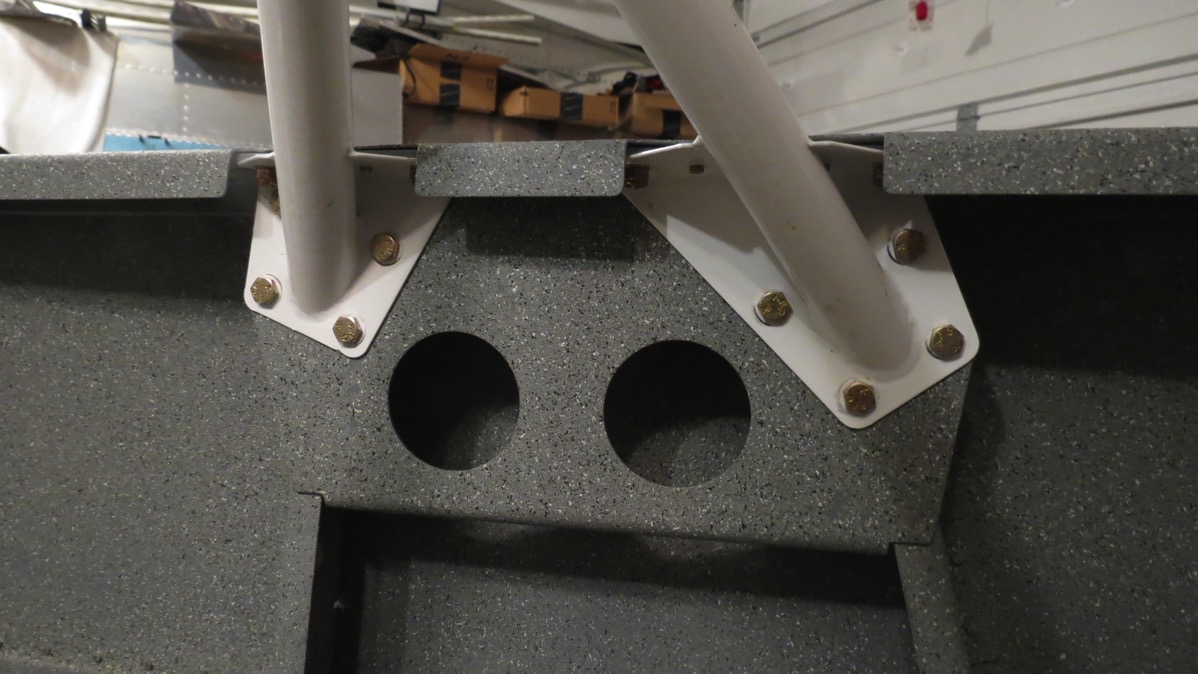 Screws and rivets in the cockpit rail (for some reason the camera thought I was taking a photo of the inside of the plane and focused there): 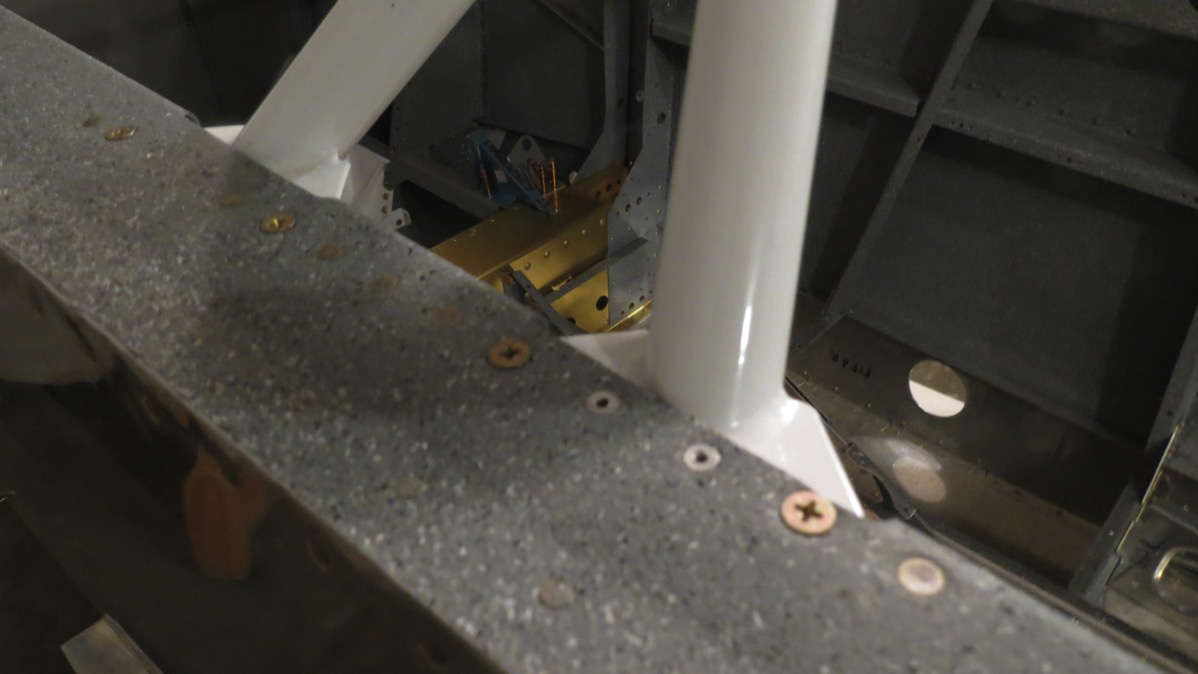 With that done, I rolled the fuselage inverted again and took it off the rotisserie, back to the sawhorses: 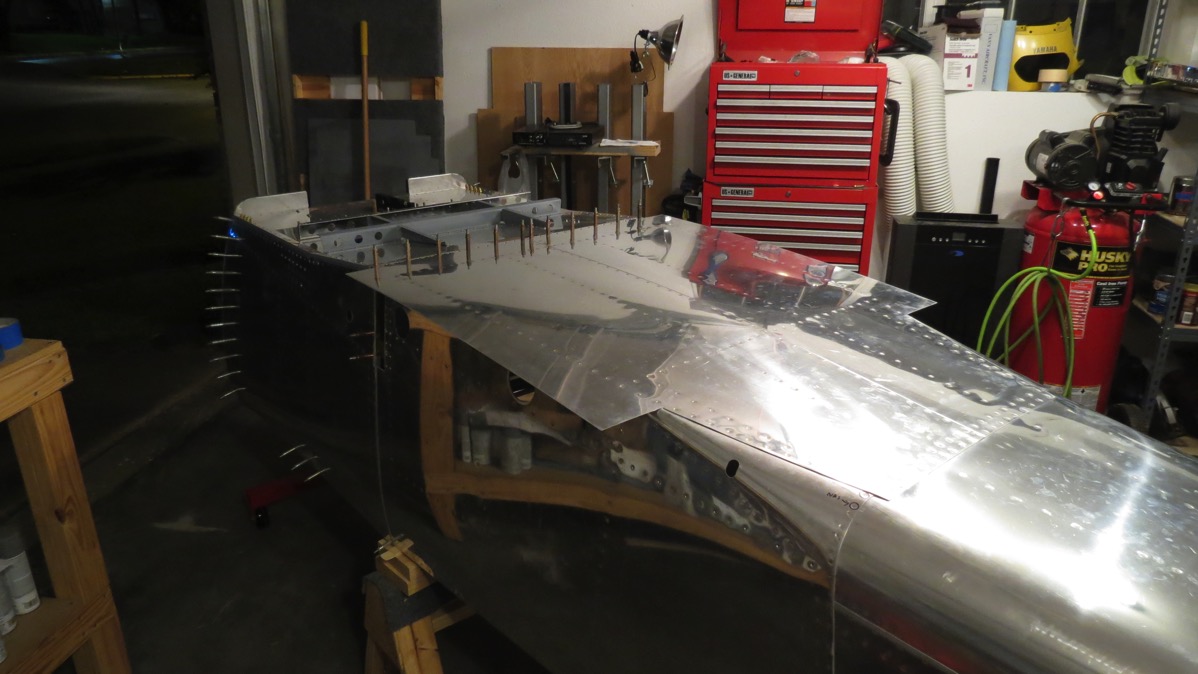 Next up, I get to mount the main gear legs. You know, if we end up getting that hangar, it’ll be convenient that I’m to the point of mounting the gear legs. Moving this thing will be far easier if I can just put it on wheels and roll it around naturally. But I’m getting ahead of myself…