So this is kind of a milestone. Tonights work session makes it an even 1000 hours that I’ve put into this project so far. I even went so far as to take a special photo of tonight’s last rivet, the 1000-hour rivet: 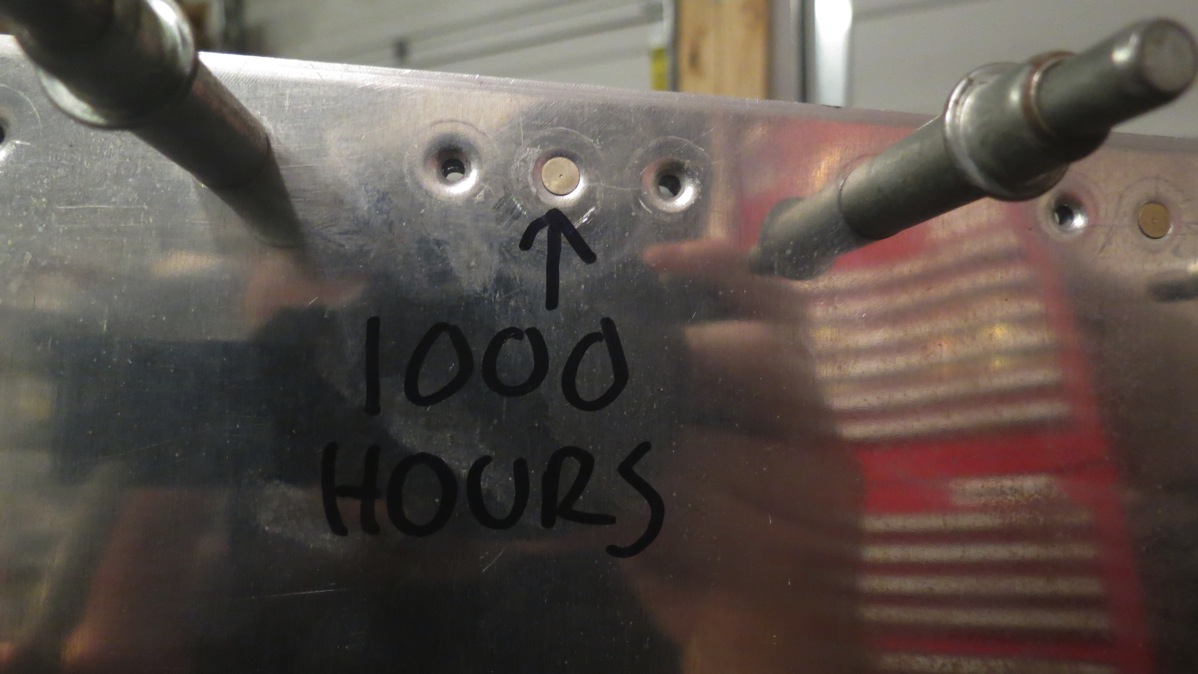 Anyway, tonight’s goal was to get the forward side skins clecoed in place and maybe a few rivets shot as well. Before the skins can be installed, though, the joint between them and the firewall flange must be sealed. The other night, I dug out my tube of Fire Barrier 2000 and cleaned out the dried stuff in the nozzle – or so I thought. In truth, I ended up spending another half-hour or so digging crud out of the nozzle before it finally started to flow freely. Only then was I finally able to lay a thin bead along the firewall flange and put the skins in place. This joint won’t actually get riveted for some time – when the cowling is fitted and the piano hinge is installed for the joint. So for now I just clecoed every hole to get a good clamp while the sealant cured (visible at the left part of this photo): 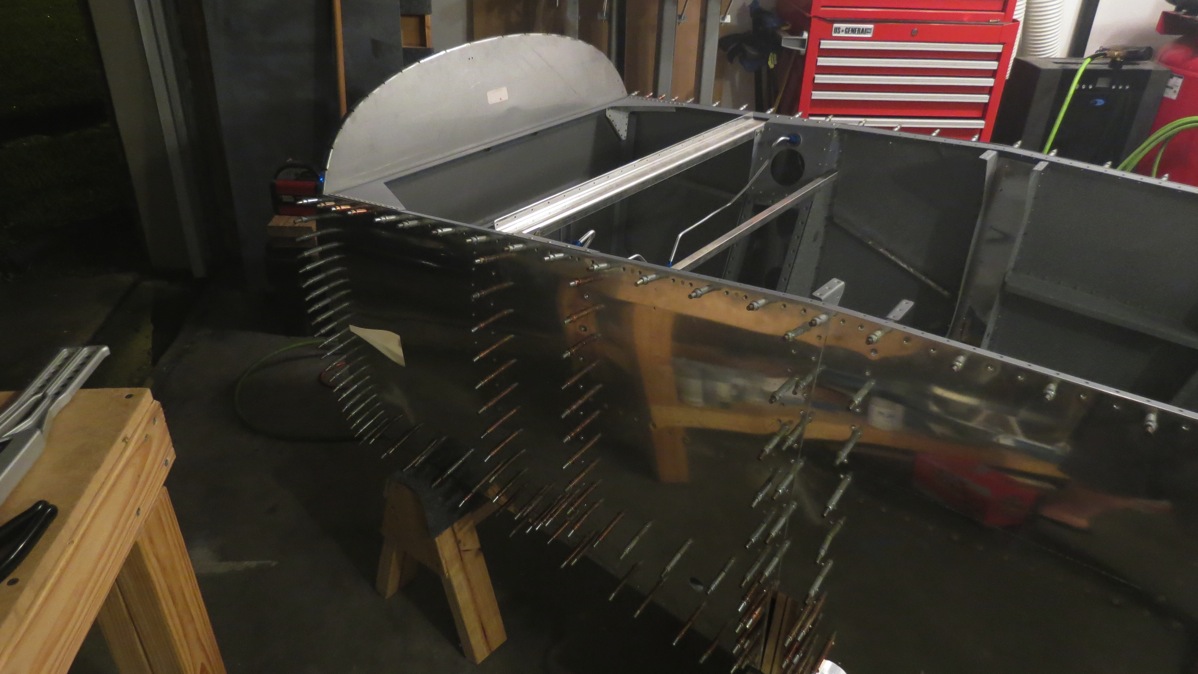 Next up, there are a few blind rivets at the bottom of the forward and mid side skins where they sit atop the center section bars. The corners of each skin have to be pulled out to get these blind rivets set, so that’s done now, while adjacent clecos can be removed to help out: 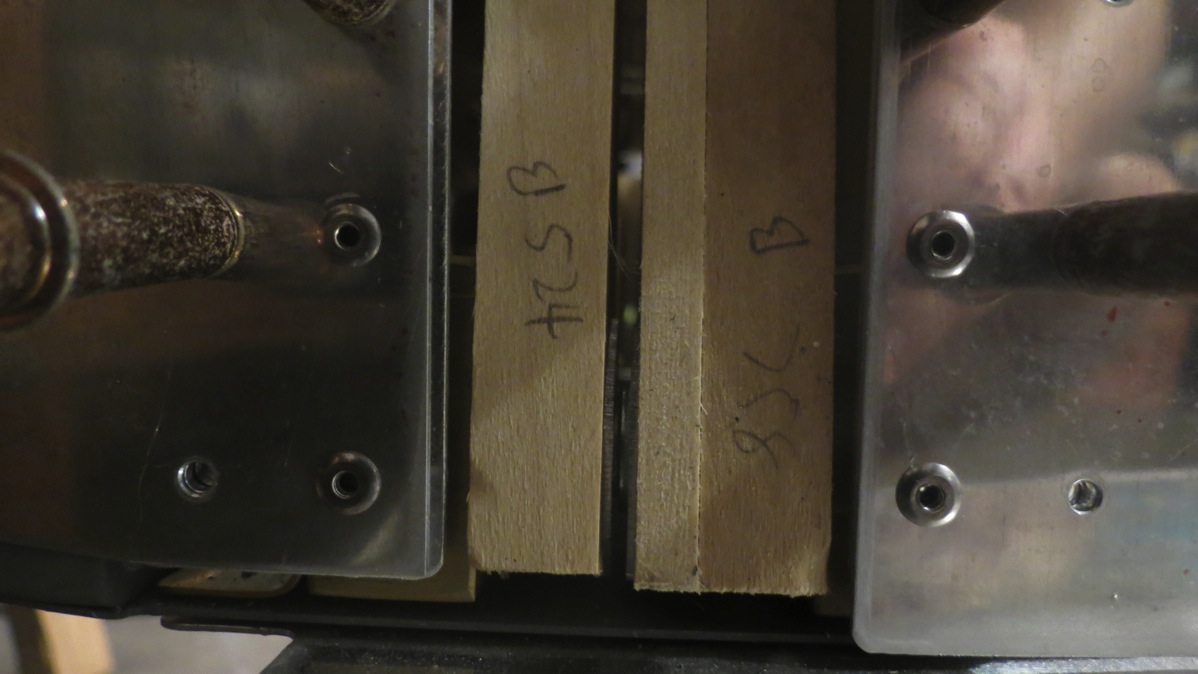 I actually got a bit concerned after setting these rivets – turns out I was only supposed to do the two in each mid side skin. At first I thought the forward bottom skin might sit in assembly here, but upon closer inspection, that doesn’t seem to be the case. I think having the blind rivet will just make it a little more difficult to get the bottom skin edge in place between the forward side skin and the lower longeron. I’ll poke around the instructions a bit to confirm – I can always just drill those out tomorrow if I have to. I’d rather not, though, simply due to the danger of drilling too far and into the are, which would be bad, bad, bad.

Finally, I began setting solid rivets along the top of the forward side skin. Most of the rivets between the skin and the upper longeron are also in common with the forward top skin, and so they’re left open for now. Only a small number of keeper rivets, which will lie under the top skin, are set. Most of these I was able to set with the squeezer, but a couple required shooting. No big deal.

Tomorrow I’ll start shooting lots and lots of rivets between the forward side skins and the understructure. I was thinking there would be a lot of two-person riveting for the fuselage, but now that I look more closely, I think the vast majority of these rivets I can shoot solo. Only the rivets on the bottom of the fuselage are going to require two people, I think…well, maybe a few others in odd places as well. But in general I feel they’ll be the exception, not the rule.