I initially skipped the rivets through the gear tower side flanges, because when I checked the rivets called out in the plans, I felt they were too short, and there were nowhere near enough of the next longest ones to get the job done. So I was going to just order a bunch of the longer rivets, but later in the day, I checked the length again, and while they were a touch short, it was nothing show-stopping. So I guess I’ll use the called-out rivets after all…tomorrow.

Over the next couple days, I think I should be able to finish all the rivets that can be done solo, then I’ll have to recruit Josie for some of the more obnoxious ones. But I’m hoping to have all the riveting done by next weekend.

I also couldn’t resist doing another one of those mostly-pointless temporary assemblies just so I could cackle at the airplane-looking thing I’d created. I put the windscreen frame in place and clecoed the forward top skin in place, then added the setback support for good measure: 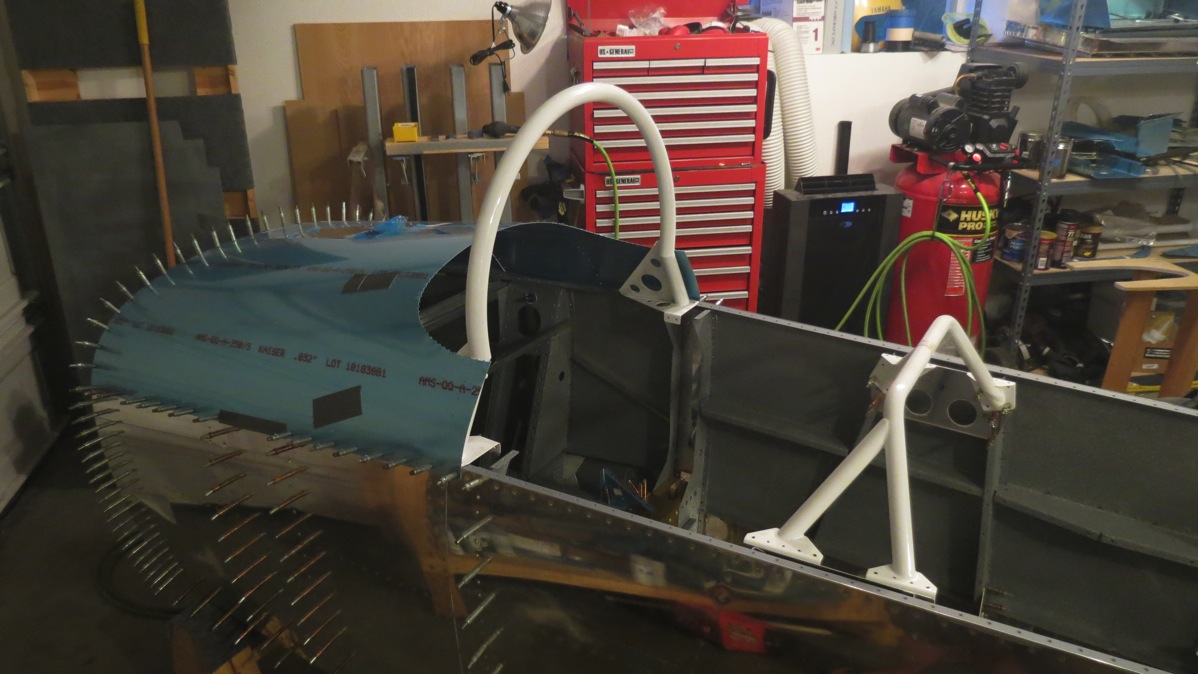