So this actually covers work done last night and tonight. Somehow I managed to forget to even write a blog post yesterday…

Yesterday I left work a bit early, just so I could shoot paint on the forward side skins. I taped off the area where it’ll mate with the firewall, since that will get a bead of sealant when it goes together. I also shot paint on the forward baggage bulkhead assembly while it was out of the plane and I was in a painting mood.

Tonight I back riveted the stiffeners and various mount angles to the forward side skins. This was pretty straightforward work, and initially I figured I’d go ahead and install the skins on the fuselage. But then I got to looking at the hole on the left skin where the fresh air intake duct mounts. It seemed far easier to glue the air scoop in place with the skin sitting on the bench, so I decided to do that.

Many guys glue the scoop using Proseal leftover from the tanks, but I tossed the bit of leftover I had some time ago, so that wasn’t an option. Several builders had perfectly good results with JB Weld, so I decide to do that. But first, I had to position the scoop and clean the paint off the mating area on the skin. That took a bit of trial and error followed by some elbow grease. I wish I’d thought of this before I painted the skin; I would have just masked this area from the beginning and saved some work. Oh well.

Finally, I had the cleaning and scuffing done: 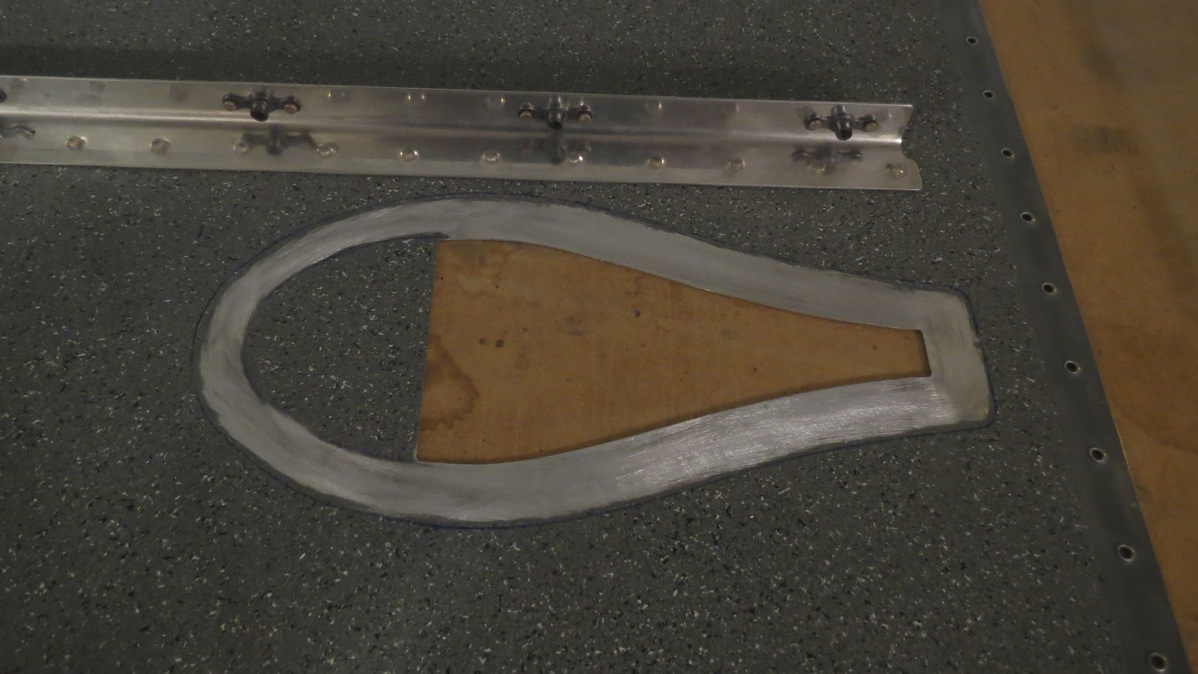 Now I just had to mix up the epoxy and glue the scoop on. Except…um, where’s my JB Weld? Oh yeah, now I remember – last time I organized the tool cabinet, I found the tubes were leaking and so I tossed them in the trash. Whoops.

So that was pretty much the end of work for the night. I guess I’ll get some more epoxy on the way home tomorrow and glue the scoop on then.