Not the most productive weekend – had a lot going on yesterday, and then I apparently somehow injured my ankle and could barely walk this morning, so I spent half the day in bed. But it got better enough for me to get some work done by the afternoon. First, I drug the aft bottom skin out of its storage spot and out into the driveway. I wasn’t looking forward to dimpling this thing, but really, most of the holes were along the edges and thus accessible with a squeezer. I only had to drag out the C-frame for about 30 holes or so.

Then it was time to wrangle that thing into place. Again, this was not a task I was looking forward to; when I installed this for match-drilling previously, it took forever to get the forward end lined up. This time, though, it actually went a lot better. After some initial frustration, I finally figured out where the major problem was – the right mid side skin, where I curved the skin around the bottom of the fuselage, was actually a bit flat in the middle, creating a point where it wanted to bind against the aft bottom skin. I was able to pull the mid side skin out of the way enough to slid a small zip tie into the spot where the binding was occurring, and that allowed me to get the aft bottom skin in place surprisingly easily. Then I just had to install a boatload of clecos all up and down the thing.

Instead of my usual wet cleaning/scuffing routine, I scuffed the skins while dry and gave them a good acetone wipe down. This was a lot faster and gave me time to at least shoot primer on the skins before it got dark, but the paint will have to wait until another day. Maybe I can bail out of work a little early tomorrow and get the paint done before dark – such is one benefit of long summer days.

I’ve also got to seal the forward side skins to the firewall edges when they’re installed. I dug out my tube of Fire Block 2000 with some trepidation – it’s been sitting since I sealed the forward floor to the firewall about a year ago, and I was concerned it might have dried up. There was indeed a nice plug of dried stuff in the nozzle, but I managed to clean it out and get the stuff flowing again. So now I just have to get that painting done…

Finally, I got Josie to come help me manhandle the fuselage off the big sawhorses and onto the two purpose-built ones. This support the fuselage much more securely, though I don’t know how well it’s going to work once we get started riveting. Most people invert the fuselage for that job…if I do that, I may have to build yet another set of sawhorses. Something else to figure out…

So anyway, here’s the fuselage in its almost-totally-clecoed state: 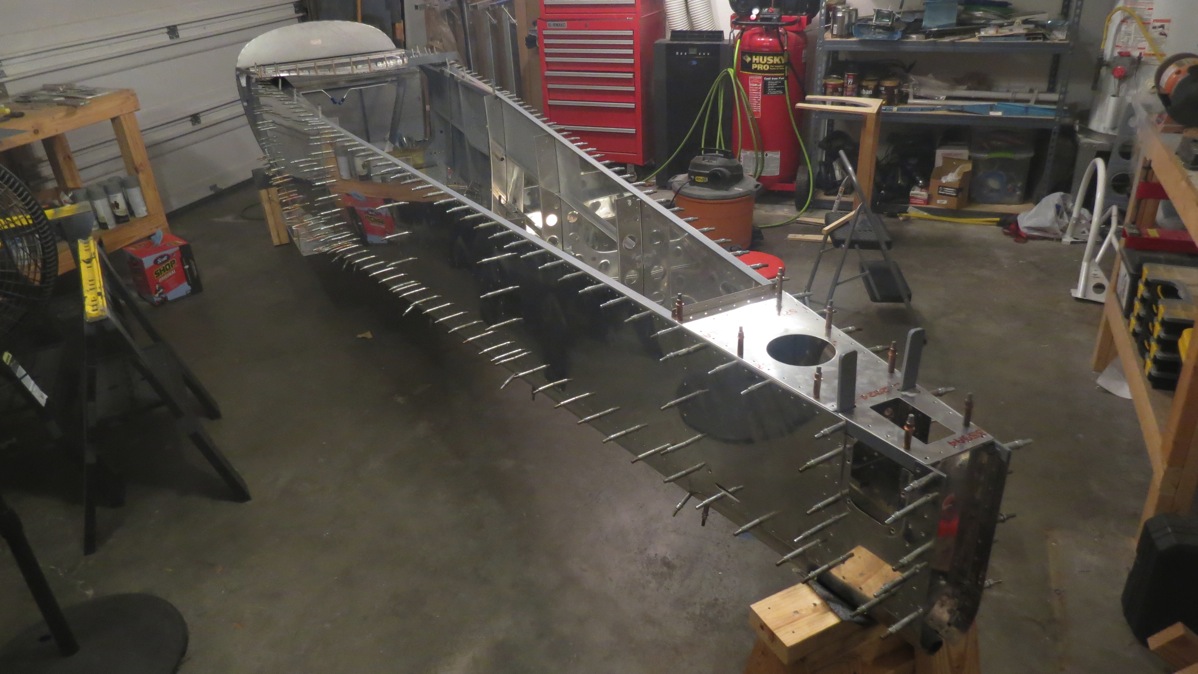 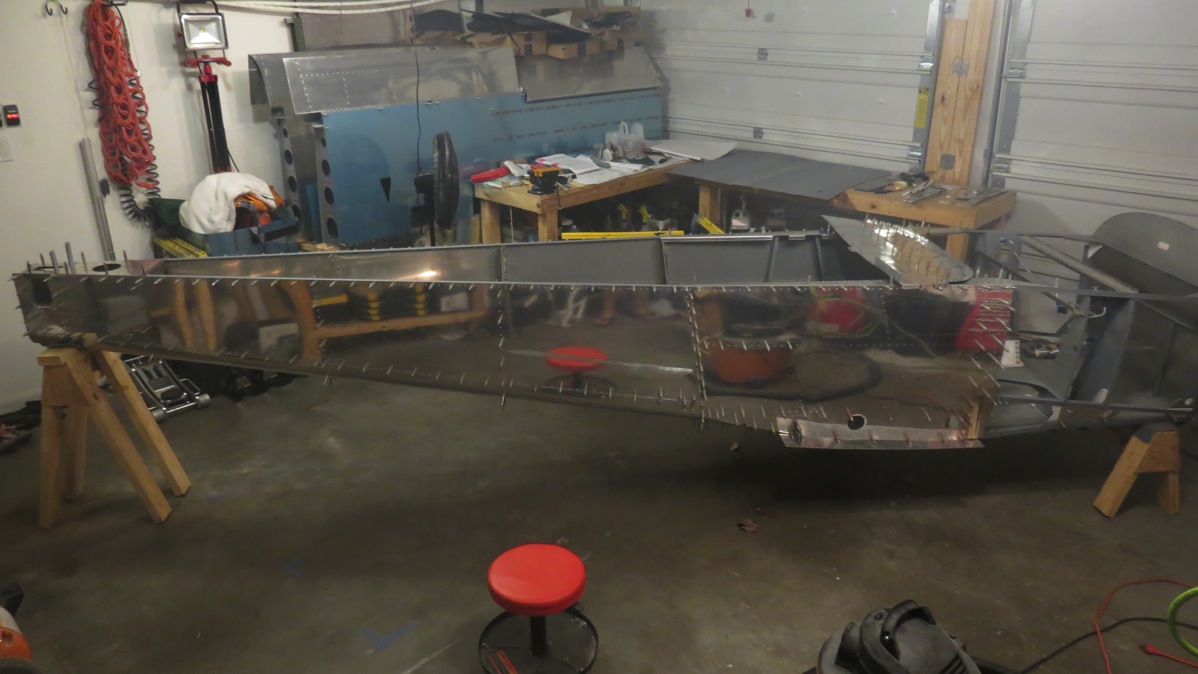