So yesterday was pretty busy, and no work got done, but I made up for it with a productive day today. I started out by finishing up some miscellaneous tasks. First up were the rear rudder idler brackets. I bought a set of hole duplicators to help me drill these in assembly with the gear towers. The duplicators have two little arms; the first has a little nub that fits in the hole to be duplicated, and the second has a drill guide that sits on the other side of the part where the hole is to be duplicated. Since the arms are attached, both parts are kept in alignment, and you just slide the nub in between the two parts, then drill using the guide. Here’s the left bracket all set up for drilling: 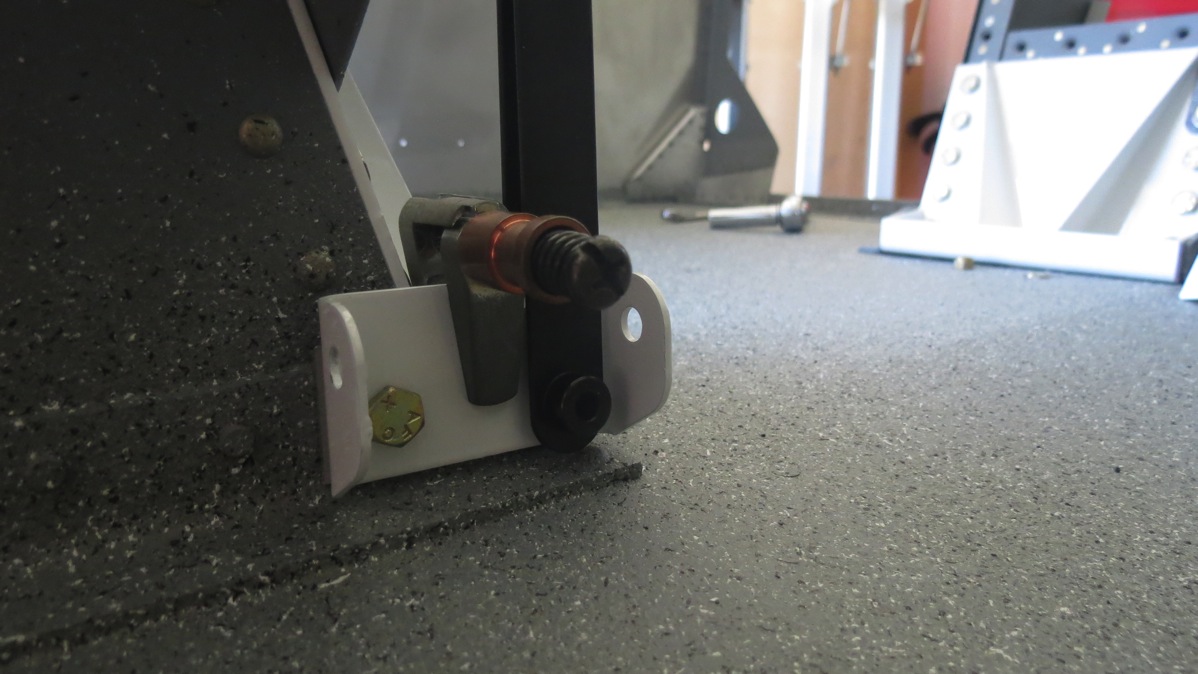 And after final assembly: 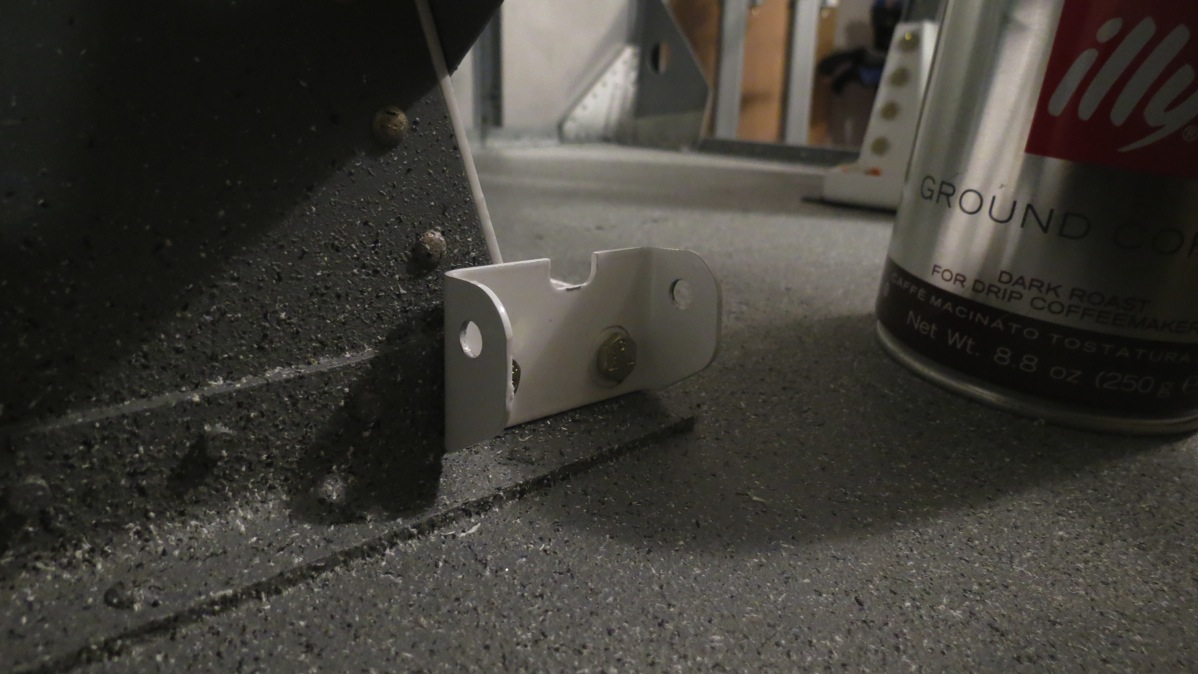 While I was doing the idler brackets, I also final-torqued all the bolts in the gear towers and added torque seal. Next, I riveted the baggage ribs in place and added the autopilot servo mount brackets (after priming them): 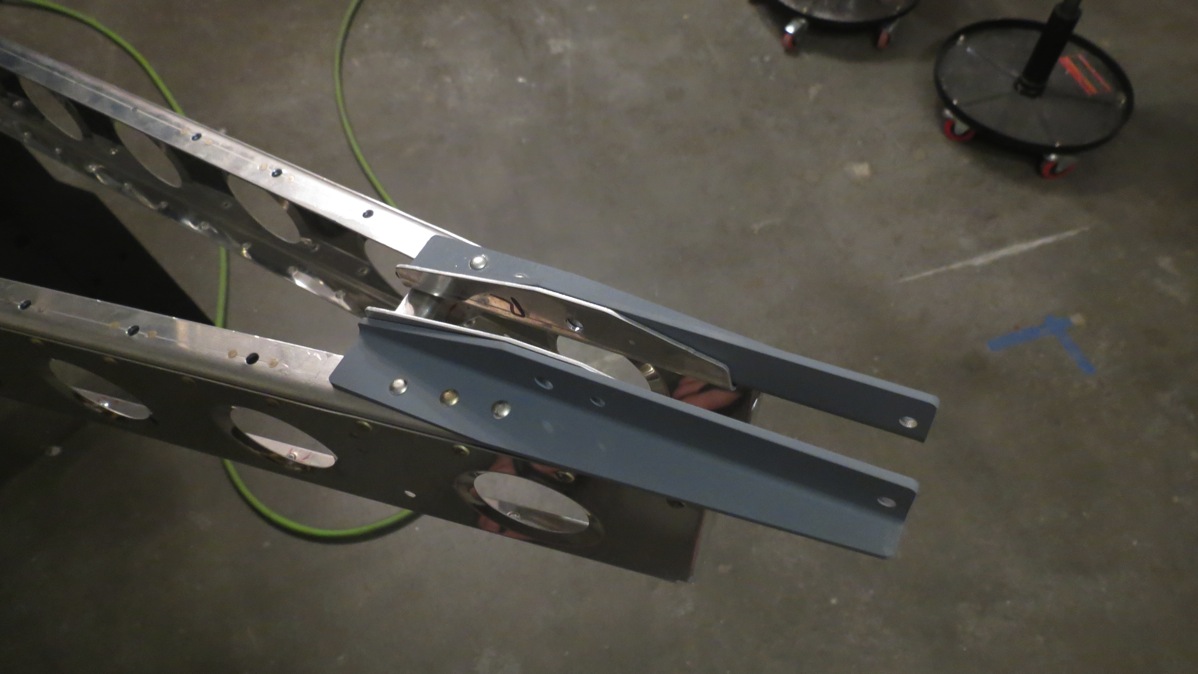 Then it was on to the bulk of the day’s work, preparing the aft side skins. I skipped dimpling these previously, because they were stored in a kind of obnoxious location. I figured it’d be better to pull them out, get all the prep work done, and then just install them on the fuse when done. There’s an assortment of dimpling to be done here; there are of course tons of skin rivet holes, but there are also flush screw holes for the access plates (for the elevator control horns) and the rudder cable exit fairing. At this point, I also scuffed and primed a small area on the skins, where they’ll be visible inside the baggage compartment.

With the dimpling done and the primer drying, the aft mid longerons could be prepared. These were already countersunk, so all I needed to do was rivet a few nutplates for the baggage compartment access panel (which will, when removed, allow access to work inside the tail, a prospect I don’t look forward to). Once this was done, the longerons were back riveted to the aft side skins. Then I went and shot the final coat of paint in the previously-primed areas.

After a break to allow the paint to dry a bit, it was time to install the skins on the airframe. This is definitely a two-person job, since the skins are about 10’ long or so! Then there was just a lot of clecoing to do…

Here are the skins installed: 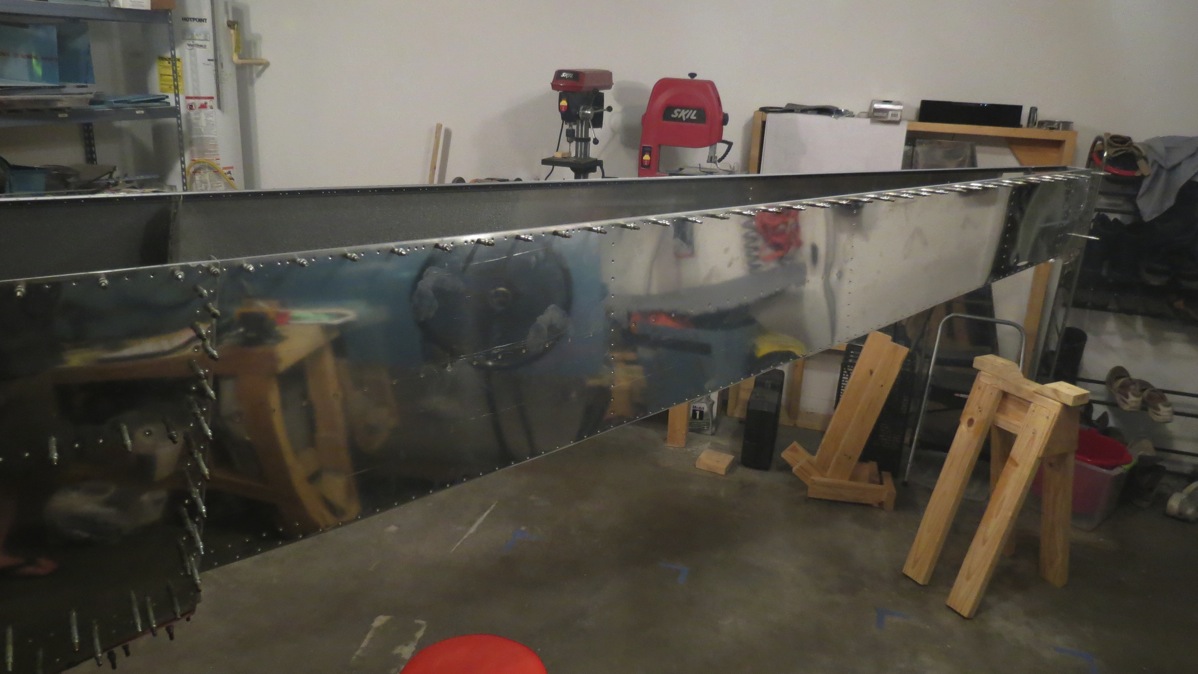 And a quick look at the painted areas inside where the baggage compartment will be: 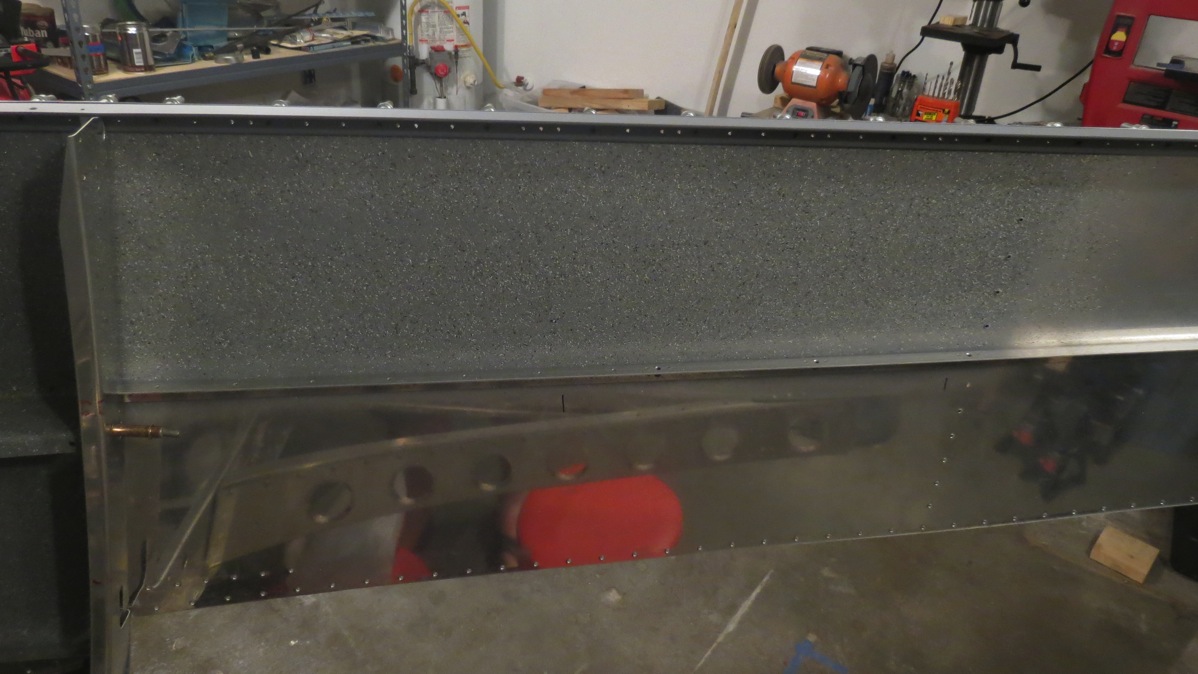 I’ve been making a real effort to paint any visible parts prior to assembly, and I’ve done fairly, well, except tonight I realize the bulkhead where the mid and aft side skins join (visible at the left of the photo above) will need to be painted as well. I guess I should try and shoot that soon, before access gets any more limited – by which I mean before I install the aft bottom skin. The fun part will be trying to clean the bulkhead in place without wiping off any other paint…

Next, I get to continue with the tailcone. I may hold off on installing the large aft bottom skin until I finish all the work up front, just to help keep the fuselage from getting tipsy on the sawhorses (which might happen with the tailcone fully assembled). Hopefully my fuel pump and filter will come in this week, so I can get to work on fuel lines. I suppose I could go ahead and start working on brake lines, come to think of it.