So today my package from Van’s arrived, containing my fuel pump and filter. In keeping with my previous decision, I’m going to focus on work with the fuel and brake lines (and anything else related to the forward fuse that I can think of) before closing things up. Before starting on the pump, I installed nutplates on the access cover holes at the tail of each aft side skin. I was supposed to do this before installing the skins, but I thought it would be easier to do with the skins on the airframe. I was kind of right and kind of wrong about that – while it was easier than dealing with a 10’ long skin draped on the bench, the entire tail wanted to move around while I was squeezing rivets, which isn’t conducive to great results. I ended up having to drill out and replace two rivets along the way, and this seemingly simple task took almost an hour.

Next, I got out the plans page for the fuel system and went looking for the required parts – a couple of mount brackets and hose clamps. It took me a while to track these down as well – it’s a whole lot easier to find large parts than small ones… The brackets are thick alclad and needed quite a bit of prep work; polishing outside edges on the bench grinder, filing down inside edges, and doing some ext a bending work so the bottoms of the brackets were flat. While working on the bench grinder, I had an unfortunate incident. I’d left my container of NAS1097 rivets on the band saw table, since it was convenient while I was riveting the nutplates. Well, I forgot about them, and with the vibrations from the bench grinder, the container walked right off the band saw: 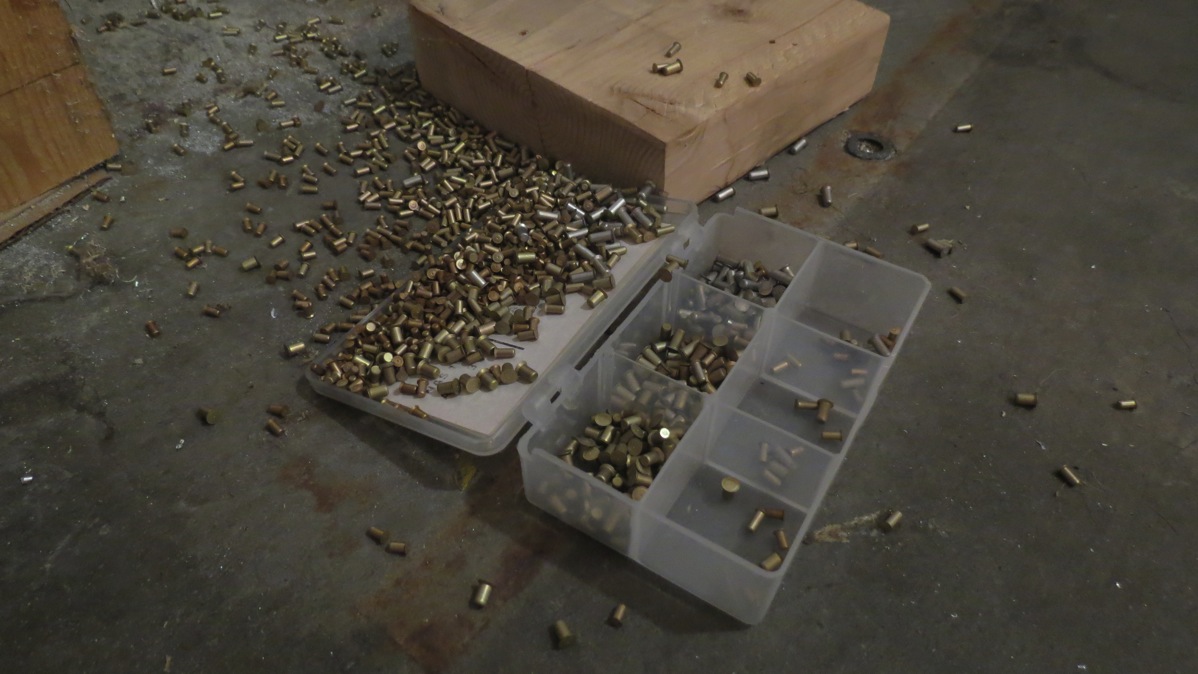 I can’t decide whether I should just order a new assortment of NAS rivets or actually sort through this mess. On the upside, there are only six sizes to deal with…on the other hand, it would still be pretty unpleasant. So I dunno, maybe I’ll try sorting and see how long it takes for me to decide that I have better things to do with my time, like claw my eyes out.

Anyway, with the rivets in a cup for possible later sorting, I fitted the mount brackets to the forward floor and final-drilled all the mount holes. I’ll need to countersink these holes for flush rivets, which will probably be challenging due to the concave shape of the bracket…but it was late, so I quit before getting to that task.

Here’s the aft bracket, where the fuel filter will sit. This will be directly under the fuel selector, which is in turn just behind the left gear tower: 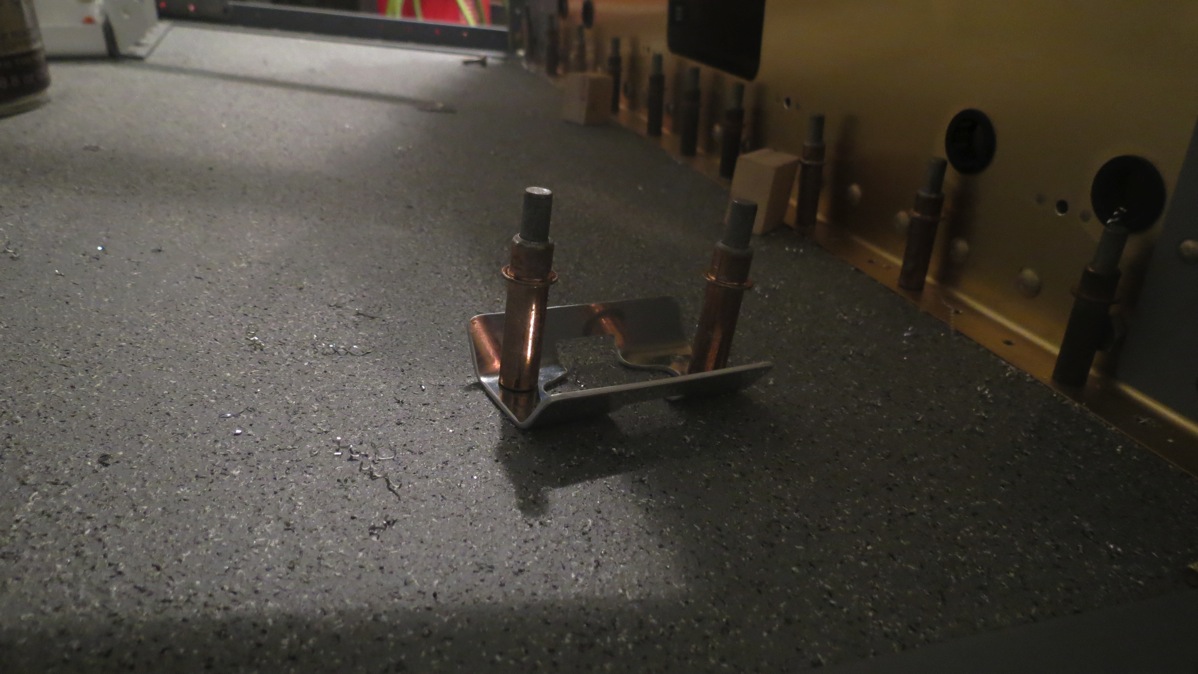 I need to do some test bends with my tubing to figure out what the circumference of the bends will be – that’s going to be necessary information when I start laying out the actual lines and figuring out all that fun stuff. I suspect I’ll be throwing away a fair amount of tubing along the way. Next time I should be able to rivet these brackets down and start doing some actual layout work.