Today I had lots of goodies come in from Aircraft Spruce. There was a set of hole duplicators, which I’ll use to drill those rudder pedal idler brackets up front, a tubing bender for when I get to making fuel and brake lines soon, and a pitch servo mount kit for the Dynon autopilot. I only bought the mount for the moment, for the sole reason that the servo is pretty expensive. The money I might have spent on the servo itself, I instead spent ordering a fuel pump and filter from Van’s, which I imagine should be here in the next day or so.

Tonight, I wanted to get the pitch servo brackets mounted. These are pretty simple, just a couple of extended angle bits that mount alongside the elevator bellcrank, which is in turn just aft of the rear baggage area. The servo will mount here and drive that bellcrank once everything is together. The first issue is that the angle pieces interfere with the bulkhead that’s located just aft of the bellcrank: 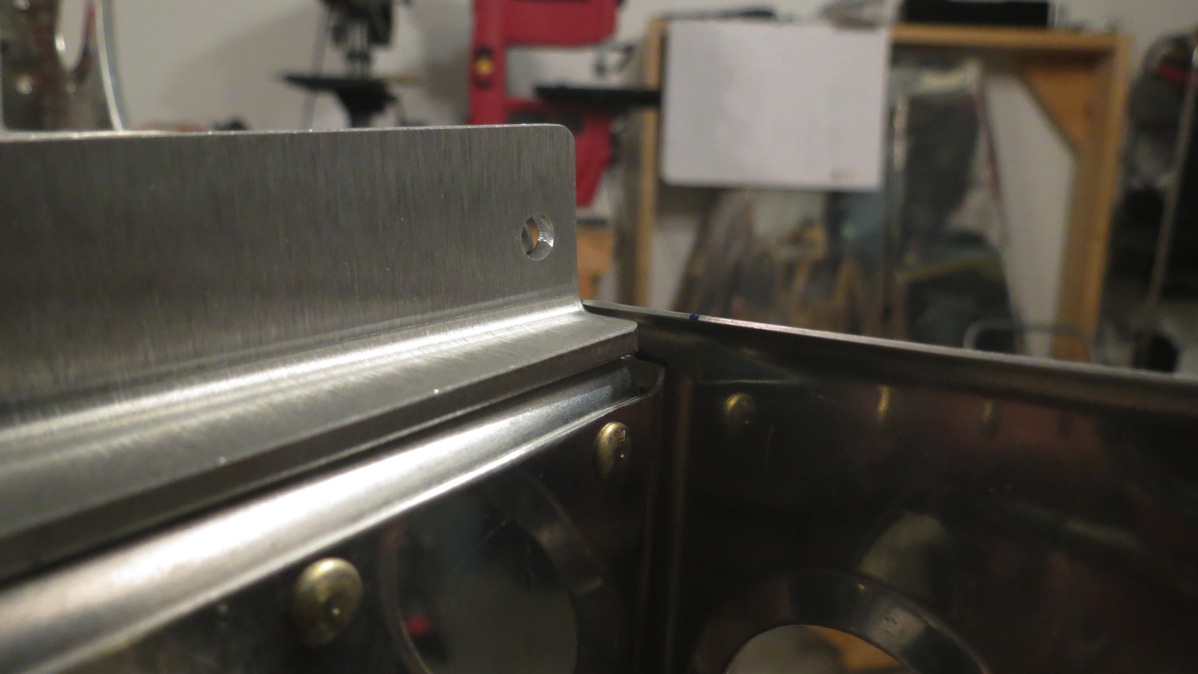 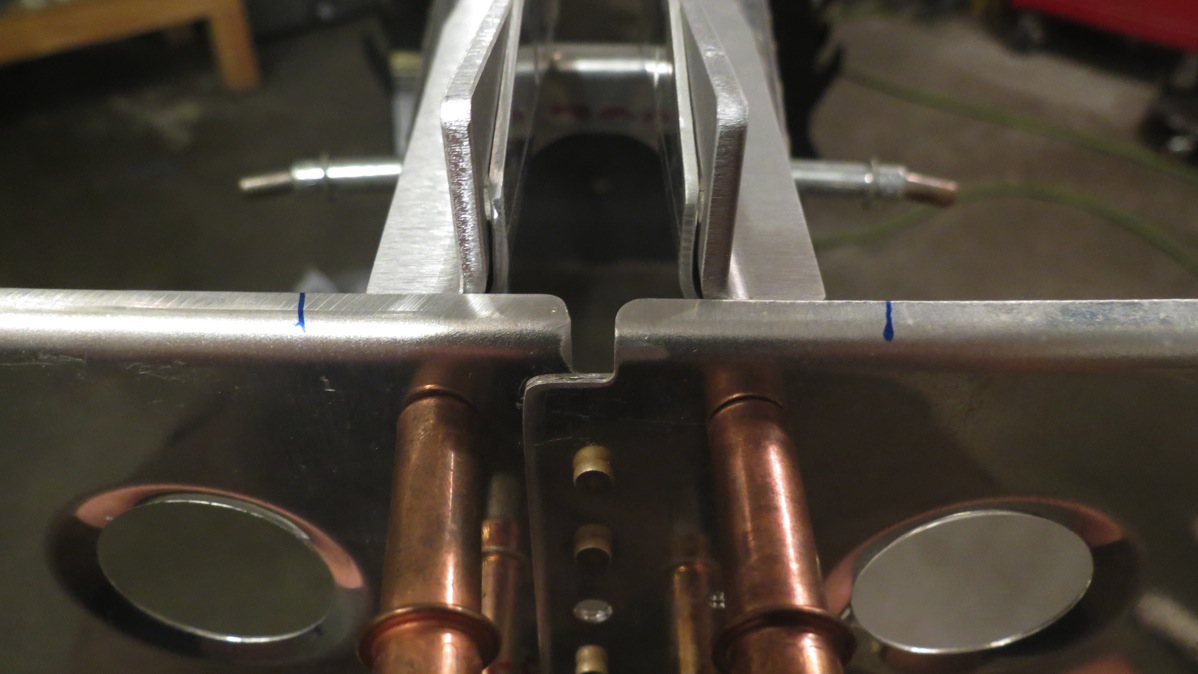 No big deal there, I just removed some material from the bulkhead to clear the angles: 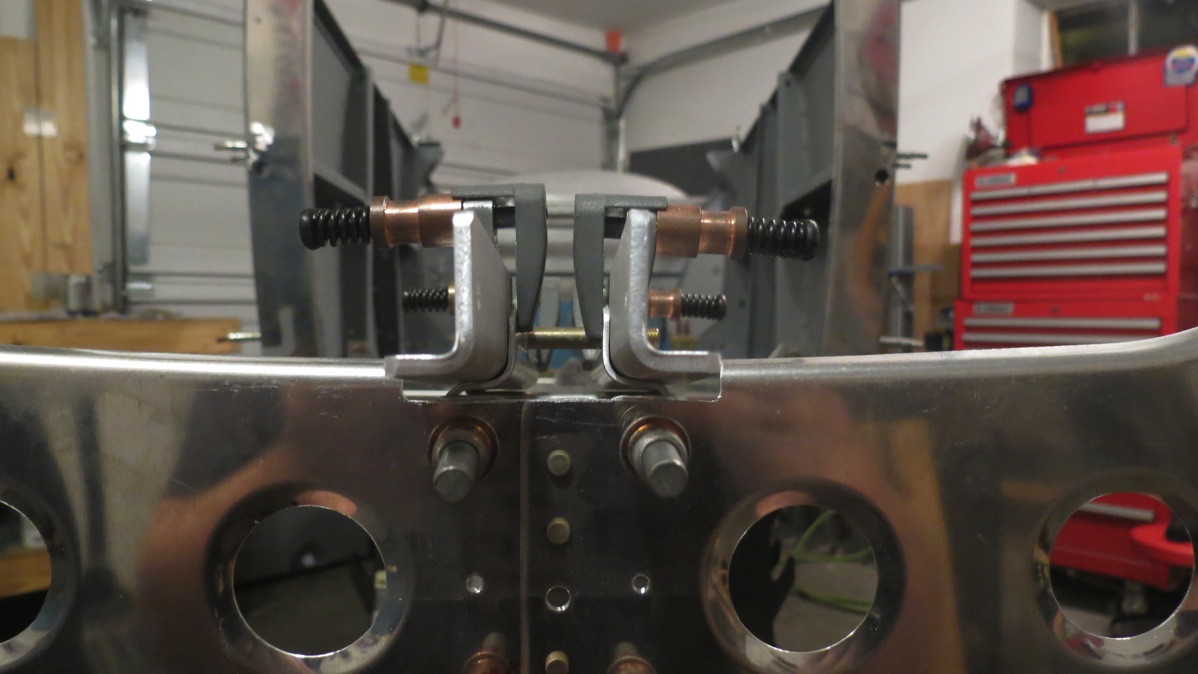 Then I laid out a rivet centerline using the baggage rib angles as a guide, and marked my rivet locations: 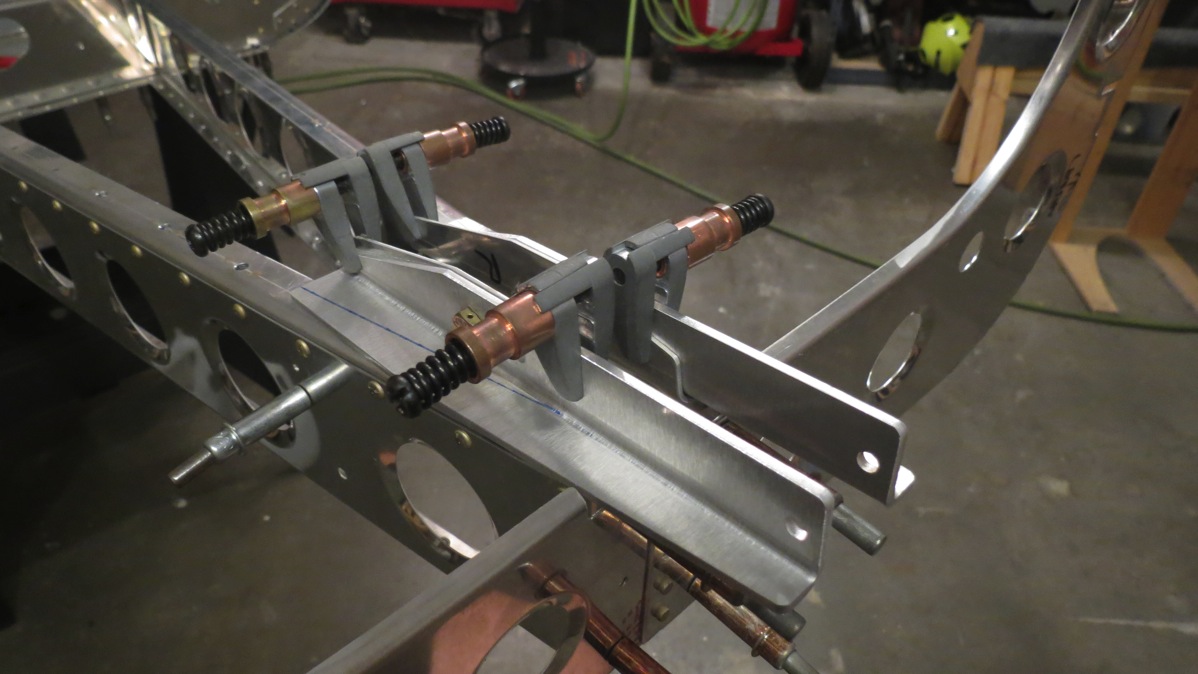 And then finally clamped everything nice and tight and drilled the rivet holes: 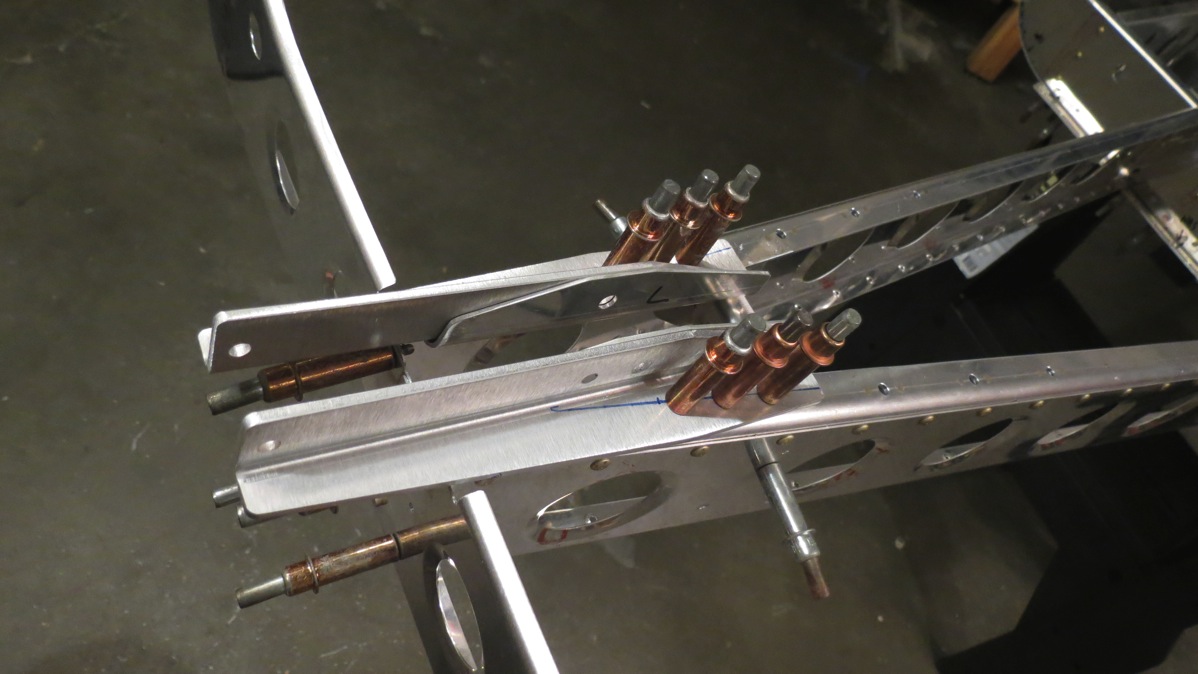 I’ll want to prime these angle pieces before permanently installing them, so that’ll have to wait until this weekend. I’m also a bit curious about the attachment of the servo itself; if I’m reading the diagrams properly, it’s only attached to the angle bracket by a single bolt, which seems a bit sketchy. I’ll have to ask in the VAF forums and see if I’m missing something, or maybe this isn’t as big a deal as I’m thinking it is.

Anyway, that’s it for tonight…