Still trying to hash out the throttle linkage

Ugh, slow going. The good news is that I got in my order from Aircraft Spruce, so I could at least start to move on. First I used the aluminum tubing I ordered to make new spacers for the rear throttle. I already had to replace the one I mistakenly cut, so I just went ahead and made two spacers. At least this way, I’m not using stacks of washers to space the thing out properly: 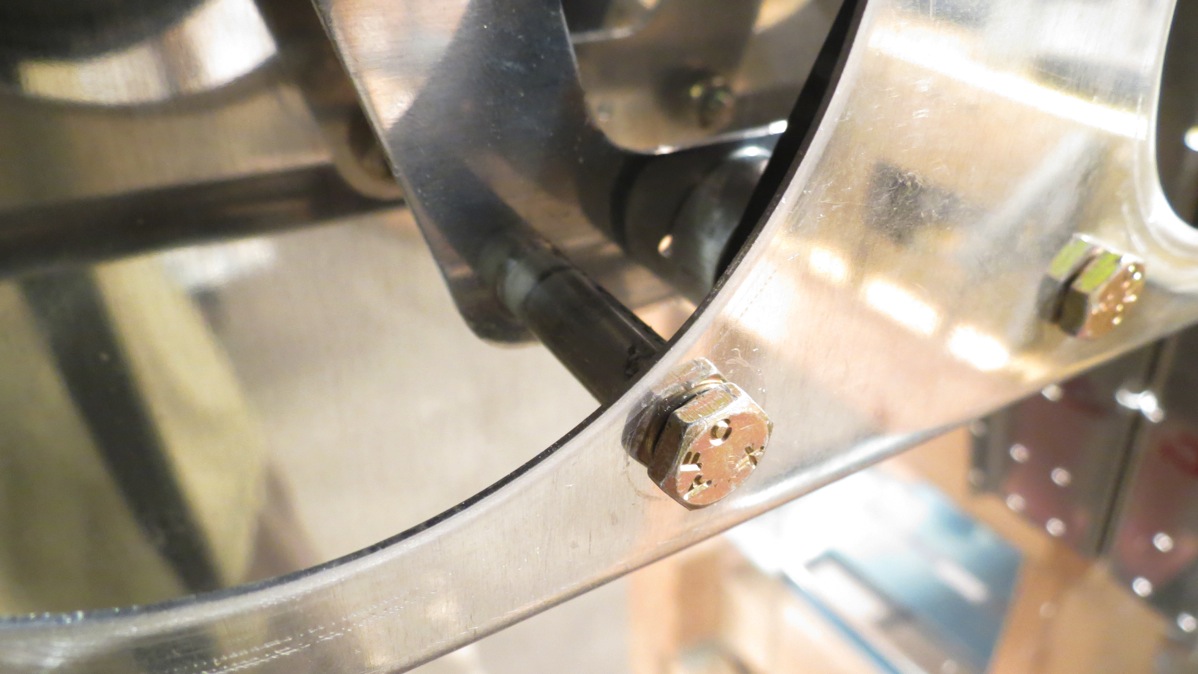 So I clecoed the rear throttle back in place (for what seems like the 500th time or so) and resumed staring fixedly at the whole setup, trying to figure out how to hash out the drill locations in the bulkheads. The problem I always had was trying to work out a way to mock up a straight line parallel to the rear throttle and extending forward to the front throttle area. I wasn’t convinced that I could rely on the skin being parallel all the way up. Tonight, though, I hit upon a ridiculously simple way to handle this. The rear throttle is parallel to the edge of the armrest, which in turn is located at each end by the bulkhead. All I had to do was find a piece of angle and cleco it to the two armrest bulkheads, and I’d have a reference all the way forward!

I didn’t have any actual angle of an appropriate length, but this untrimmed stiffener stock worked just fine: 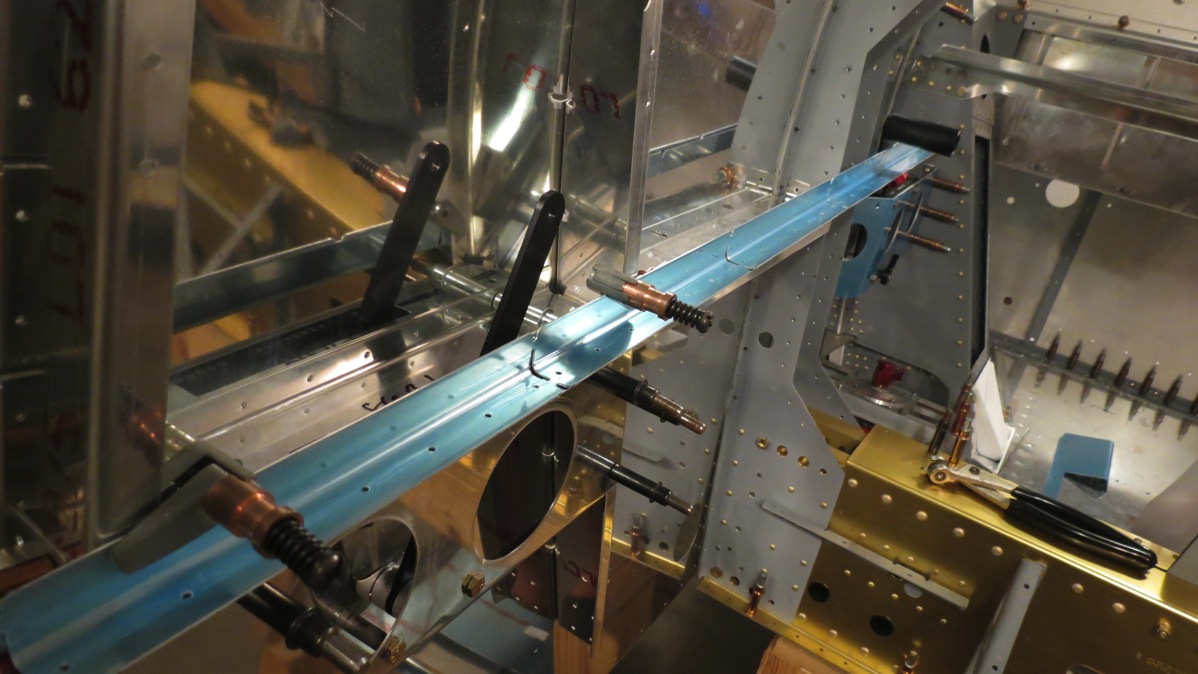 Now I could simply measure the distance from the angle piece to the rear throttle arm, and then roughly lay out the horizontal position of the matching potential hole location in the center section bulkheads: 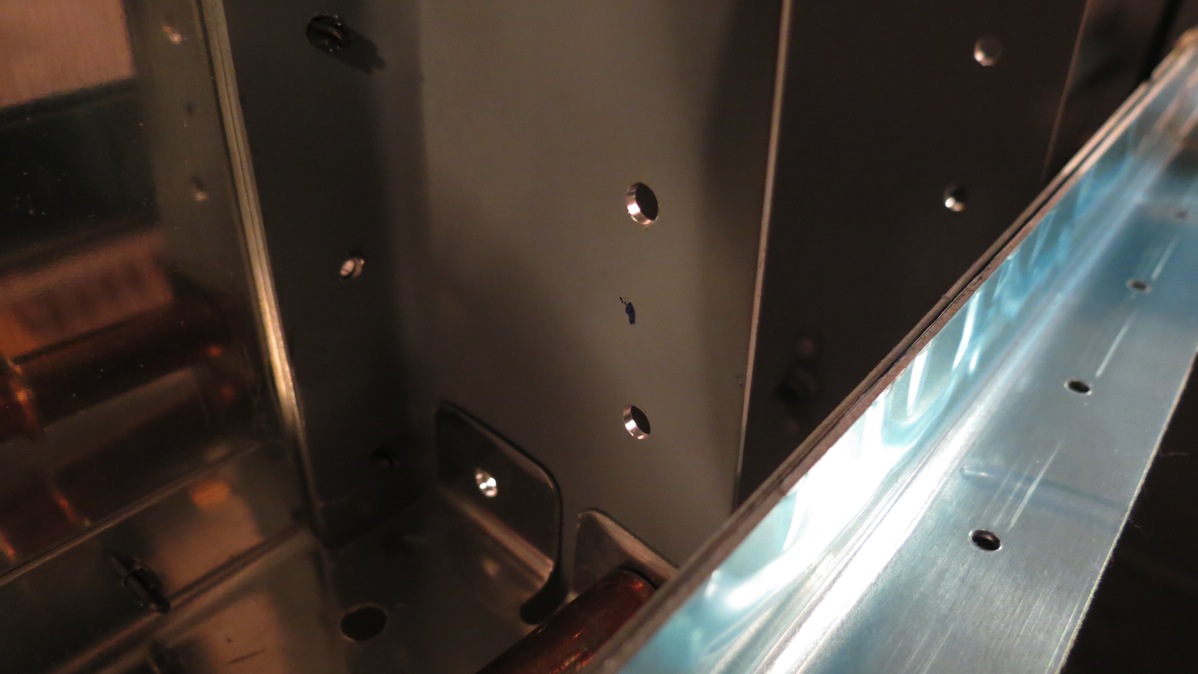 Well, that’s a problem. I’m quite sure there’s not enough room right between those two rivet holes to cut the hole for the linkage and still maintain acceptable edge distance. And I’m certainly not going to flirt with edge distance issues here.

I think what I’m going to have to do here is use rod end bearings at the ends of the linkage, instead of the clevises I ordered from Spruce. That would allow me to offset the linkage outboard by probably half an inch or so. Of course, if I do this, I’ll have to order stuff from Spruce…again. More money tossed in the wind for shipping costs.

Anyway, that’s pretty much where I quit for the night. I feel like I’m closing in on a solution, but at an almost maddeningly slow pace. After how quickly and easily the rest of the fuselage went together before, this is a rather frustrating change of pace.