Yup, I finally did some work again. Motivation has been waning a bit lately, maybe because of the perceived negativity of taking everything apart again…not quite sure really. Anyway, I continued disassembly of the fuselage, first removing the mid side skins, then separating the seat rib/mid floor assembly from the forward fuse. I got Josie to help me move the forward fuse assembly back onto the workbench, with the center section hanging off. This was so I could go ahead and countersink the forward floor where it will eventually rivet to the center section flanges, mid floor, and I think maybe one other skin.

It’s hard not to look at this photo and think that this is exactly where I was three months ago: (even though I know better) 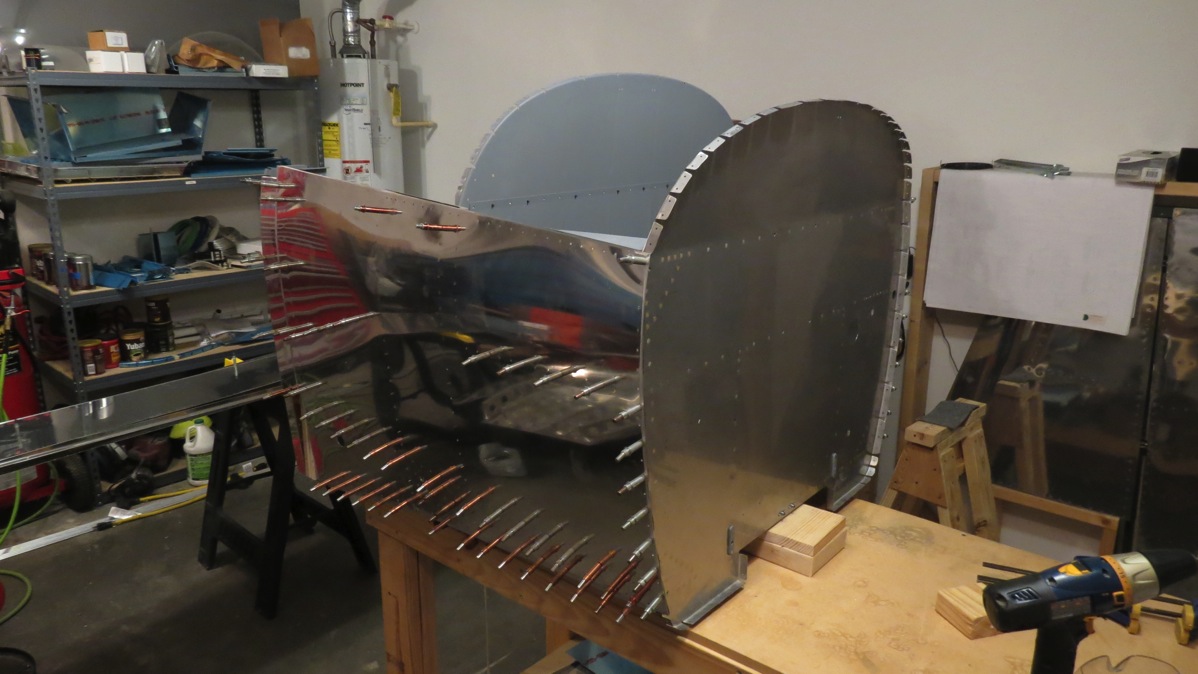 Next I removed the forward side skins. This was sort of a moment of truth regarding the auxiliary longerons; I was sort of drilling them blindly earlier. I’d drawn guide lines that were slightly visible through the side skin rivet holes, but despite all my care, there was that slight fear that I’d pull the skins off, find edge distance issues, and have to possibly replace parts. Fortunately, that wasn’t the case; the longerons look great!

Next up is preparing the mount for the fuel selector, which sits to the left of the front seat, between the auxiliary longeron and mid-cabin brace. This is a spot where I get to do custom work; instead of the Van’s-provided selector, I went with the much-nicer unit from Andair: 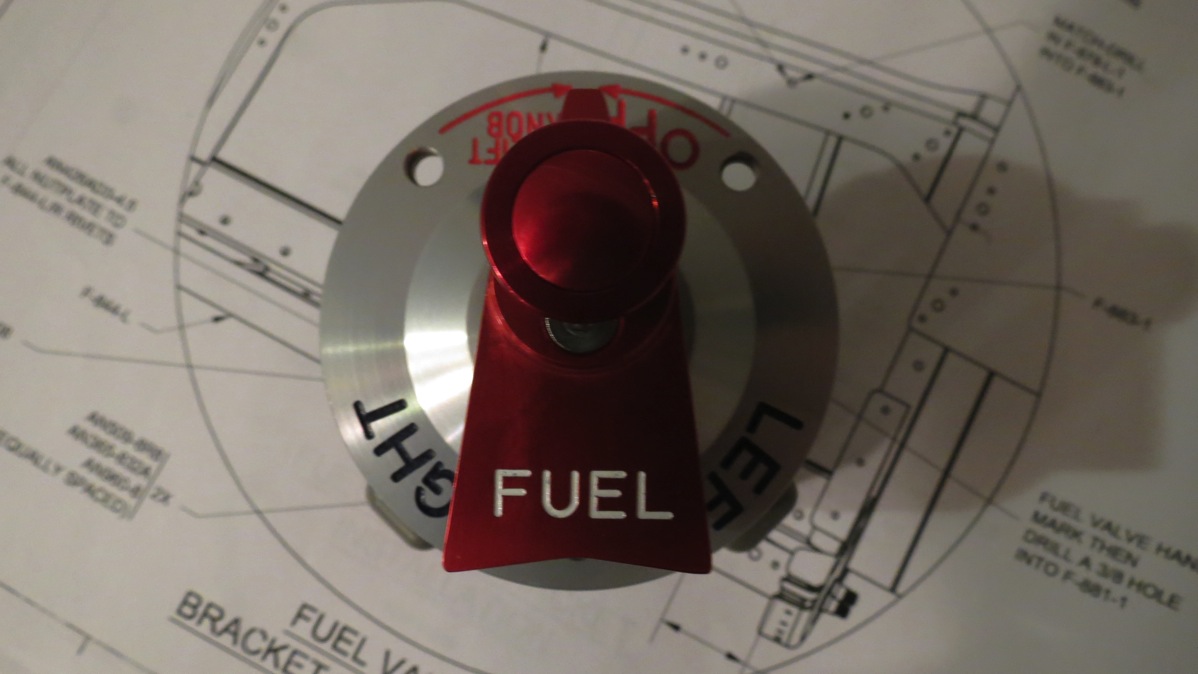 The downside is that the Andair selector is larger than the Van’s one, and so the provided selector bracket is no good. The common mounting solution I’ve seen is to basically just install two short angle pieces between the longeron and brace, with a piece of sheet between them for the selector to mount to. So that’s what I did.

Here’s the mount location mocked up with cardboard: 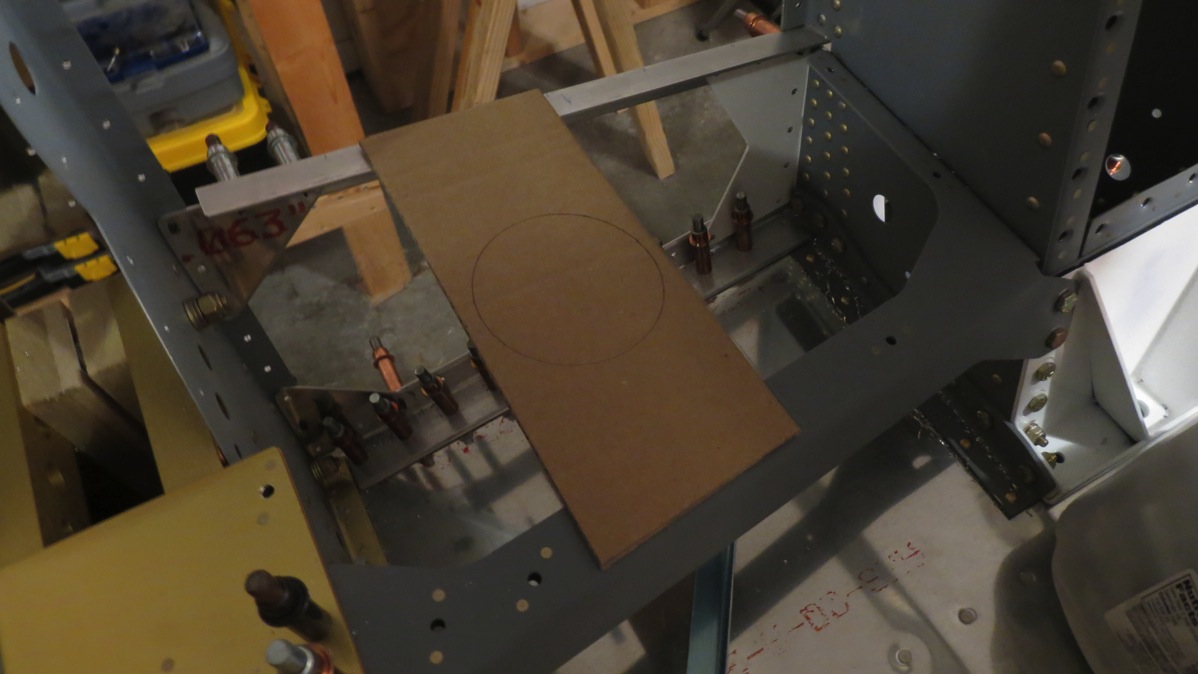 Unfortunately I got stupid here; when I drilled the outboard hole for the aft angle, I didn’t think through the hole location, and the drill bit wandered to boot. The result was a #30 pilot hole that’s way too close to the end of the angle: 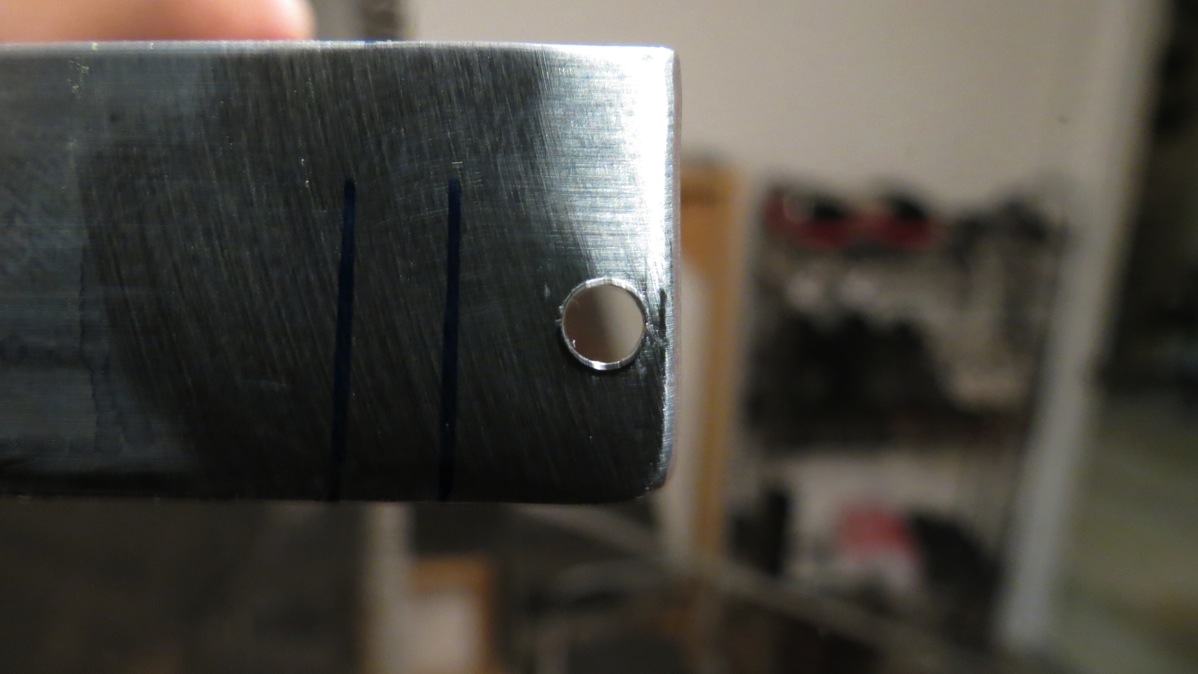 Considering that that hole needs to be enlarged to #19 for a flush screw, this is definitely not going to work. Fortunately, there’s room to move the aft angle back about an inch without interfering with anything, so I cut a new piece of angle and redrilled it, being much more careful this time. That auxiliary longeron will just have an extra hole in it…

Here are both angle pieces clecoed in place, along with the piece of sheet that the selector will actually mount to: 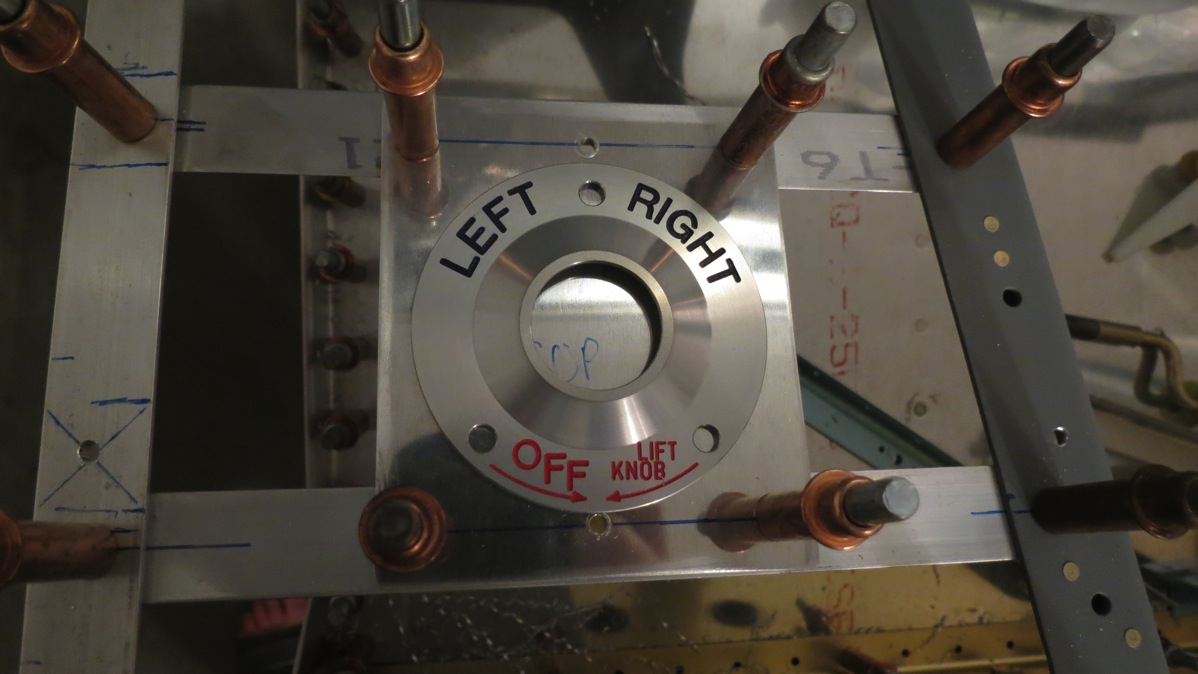 This bracket will actually be hidden when the interior is together; there’s a large plate that covers the entire area between the longeron, brace, gear tower, and center section. Tomorrow I should be able to finish up this mount, at which point there will be a bit more disassembly, followed by probably lots and lots of deburring, countersinking, and so forth…