So yeah, it’s been a little while. Most of the people reading this already know about the hilarity that turned my Oshkosh trip into a full two weeks away from home, so that was kind of the first strike. The weekend after I got back I was still dog tired and so I did very little. Then last week, well, I was still trying to corral the post-trip mess. Most of the camping gear just got dumped in the garage when I got home, so I had to get all that put away. Oh, and it’s stupid hot in Houston right now. I had every intention of doing some work last Thursday night; I came home, bumped on the air conditioned, and sat down to dinner. When I stepped out in the garage an hour or so later, it was still obnoxiously hot. I’m not really sure just how workable weekday evening work sessions are going to be for the next few weeks. Maybe if I can get Josie to turn on the air conditioner before I leave work, it’ll be cool enough by the time I get home and eat.

Anyway, today I got up relatively early (for me) and went right to work. I figured I’d at least try to get work done before it got really hot, and I could always knock off in the afternoon if it got too hot. But really, it stayed decent all day, presumably because I kept it somewhat cool out there from the beginning.

The first order of business was to get my workbench back. Assembling the forward and mid fuse on the workbench may not have been the best course of action. I don’t think I realized at the time that these parts were going to be going together semi-permanently, not just for some quick match-drilling. So with Josie’s help, I moved the assembly over to the sawhorses. I almost just put it in a random location, but then I realized that I’d probably be adding the tailcone to this assembly before I was done, and I ought to plan for that. So I set up the platform diagonally, with the firewall by the garage door. Once I join the tailcone I’ll (barely) have enough room to walk around the aft end to get to the other end of the garage. I suspect there will be another garage reorg in the near future… 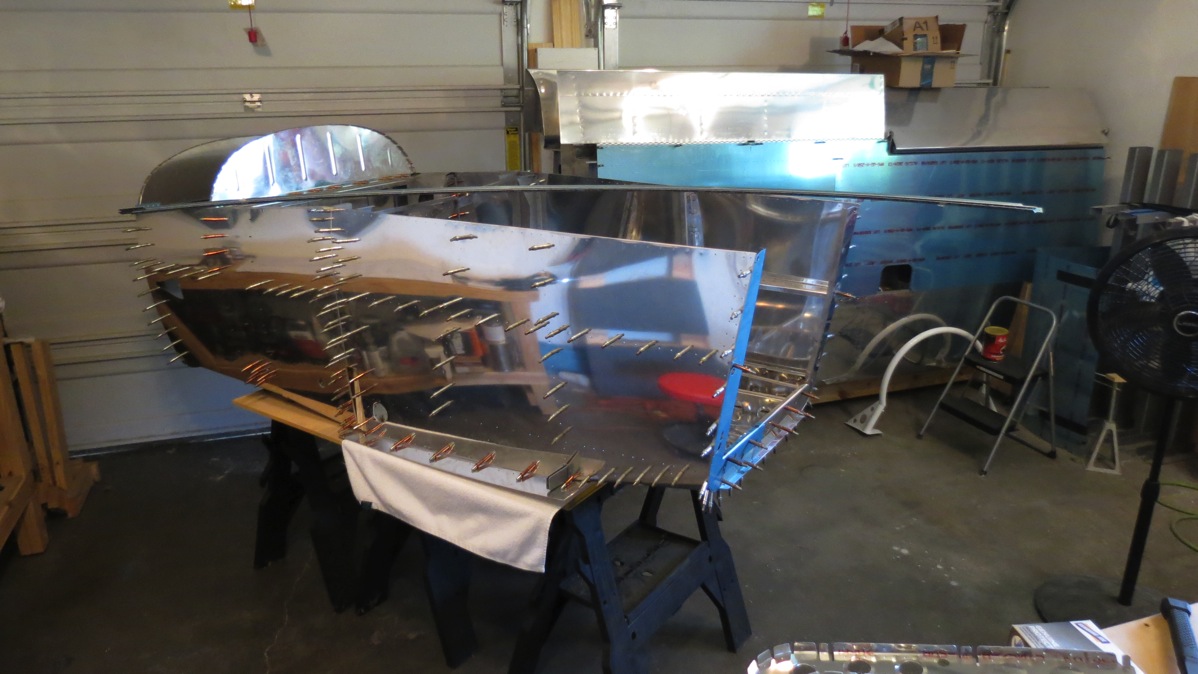 Then I was able to move on to the tailcone bulkheads that I started on before OSH. I finished up the aft most bulkhead by dimpling the rivet holes and riveting the bulkhead halves together. I also got the tail spring mount primed in between this work. One good thing about the hot weather is that primer dries fast. The next bulkhead forward is a bit more complex, since it incorporates the aft mounts for the horizontal stab. First some material must be removed from the bulkhead halve to accommodate the elevator control pushrod: 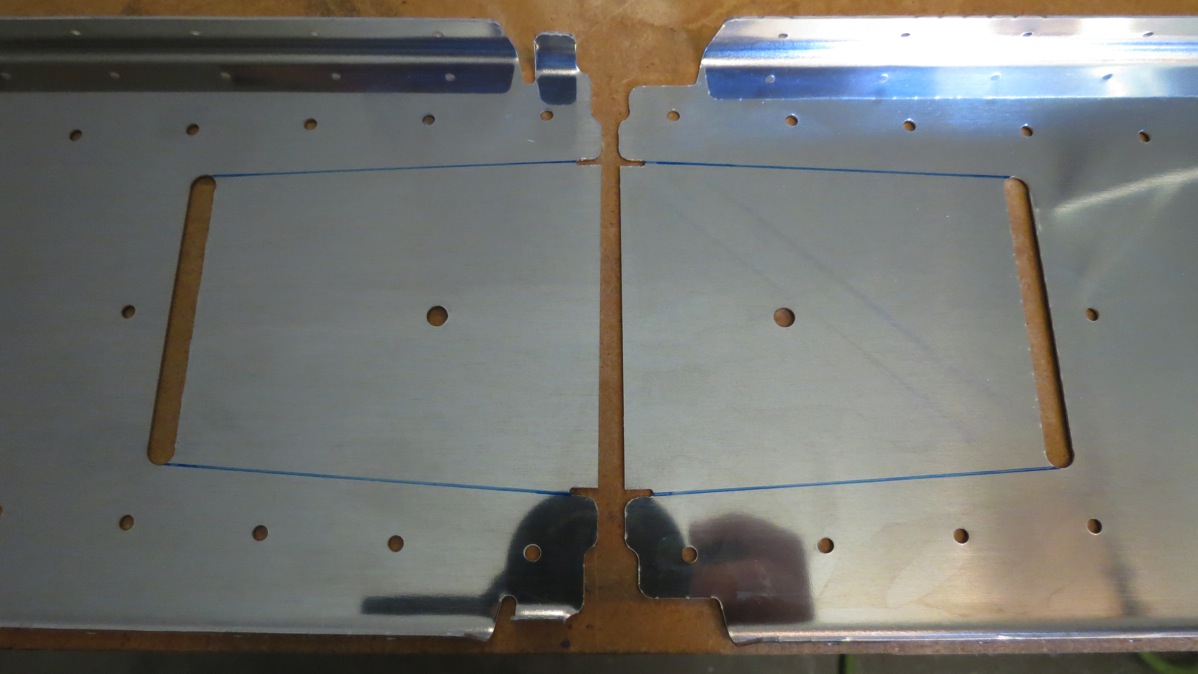 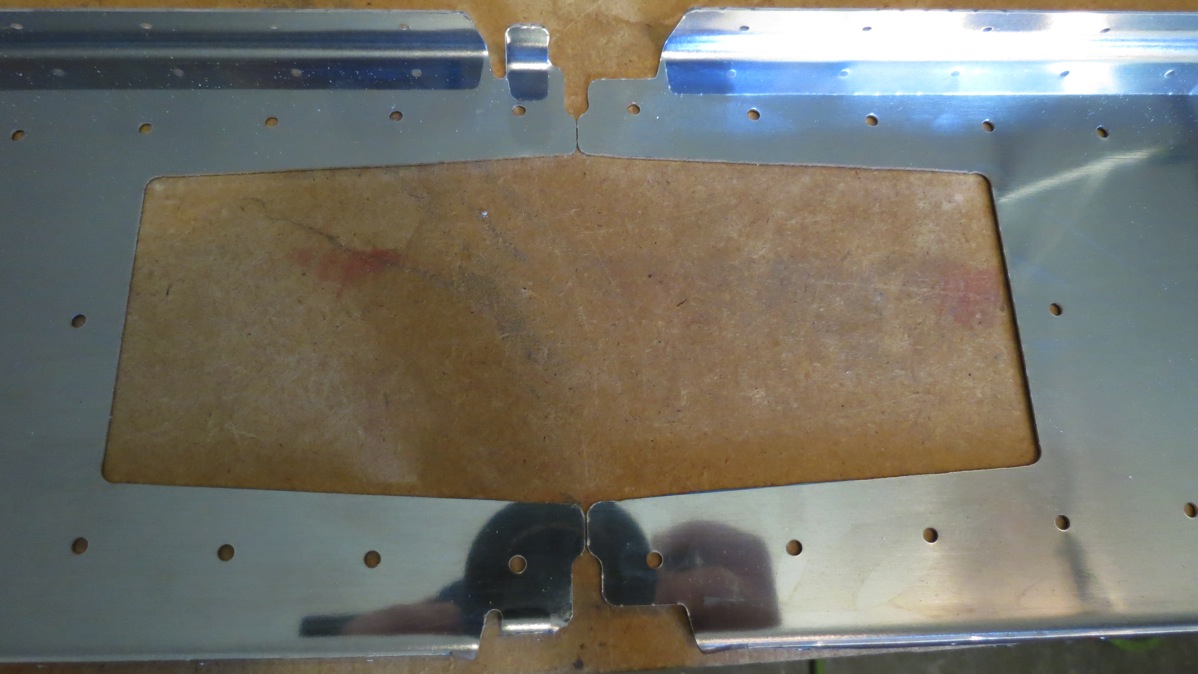 Then the halves are clecoed together with vertical support bars for the h-stab and a crosspiece to support the aft deck (just a piece of sheet that goes under the stab mounts): 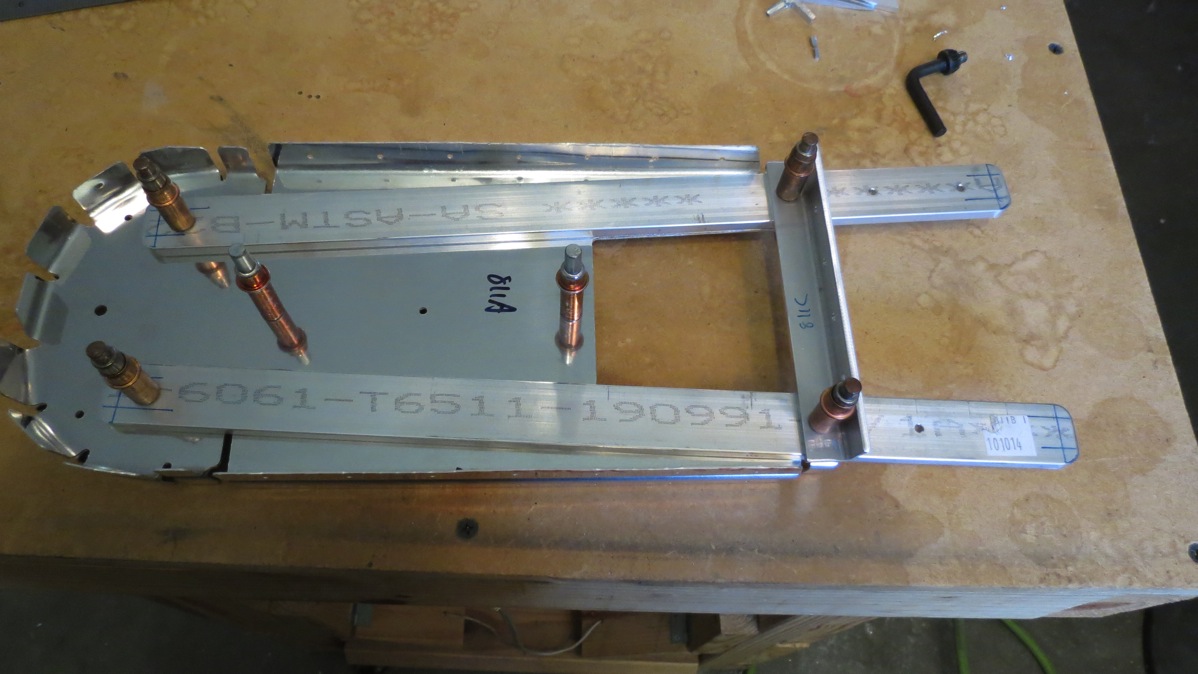 The rest of the bulkheads are pretty straightforward, but all these pieces share the trait of having lots of little nooks and crannies that are a royal pain to deburr. I spent a lot of time with the needle files today. But eventually I had a stack of bulkheads, all riveted together and ready to go: 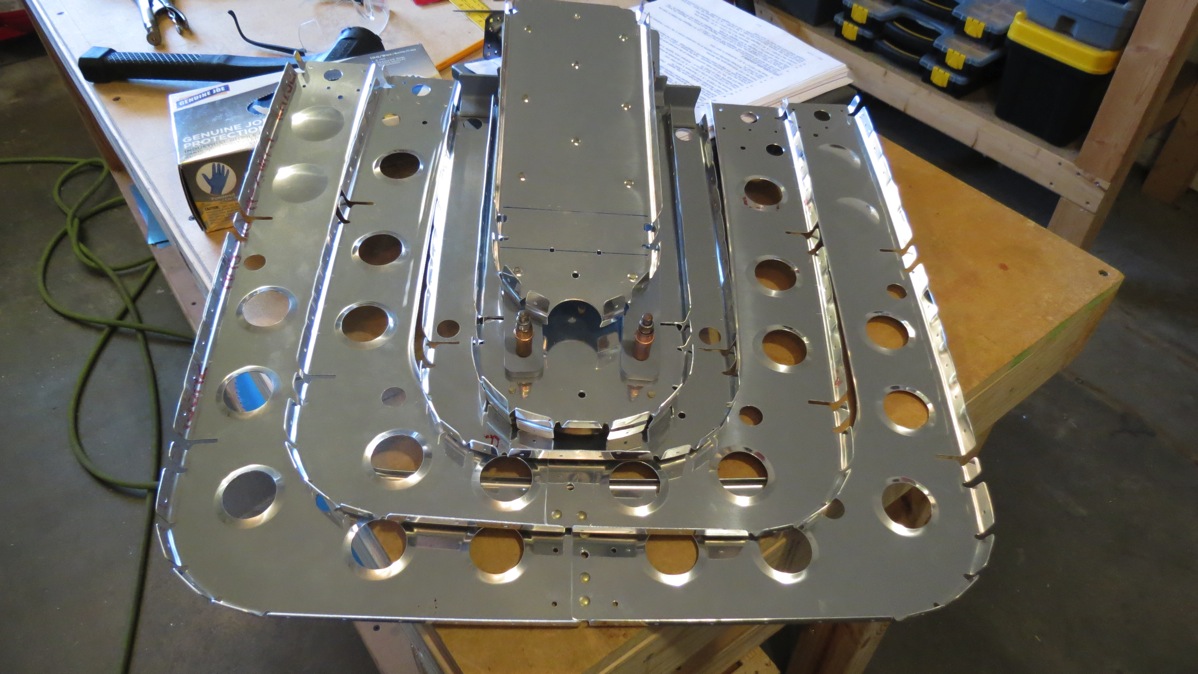 Tomorrow I get to start piecing together the other tailcone internals, including the baggage area ribs, rear seat belt lugs, and aft longerons. I might get to the point of adding the tailcone to the fuse assembly, but we’ll have to see about that. It’d be pretty cool to finish the weekend with a more-or-less full-size fuse assembly though…