Gear tower riveting and other stuff

Started out tonight by finally finishing up riveting the outboard weldments to the gear tower. I got in my -5 rivets from Spruce last week, which was what I was waiting on for this task. I shot the -5 rivet (surprisingly not tough at all), then shot the remainder of the -4 rivets on the tower. So there’s one odd-sized rivet here, but hey, it’ll be on the front side of the tower, and the only way anyone will ever see it is if they’re lying on the floor with their head by the rudder pedals: 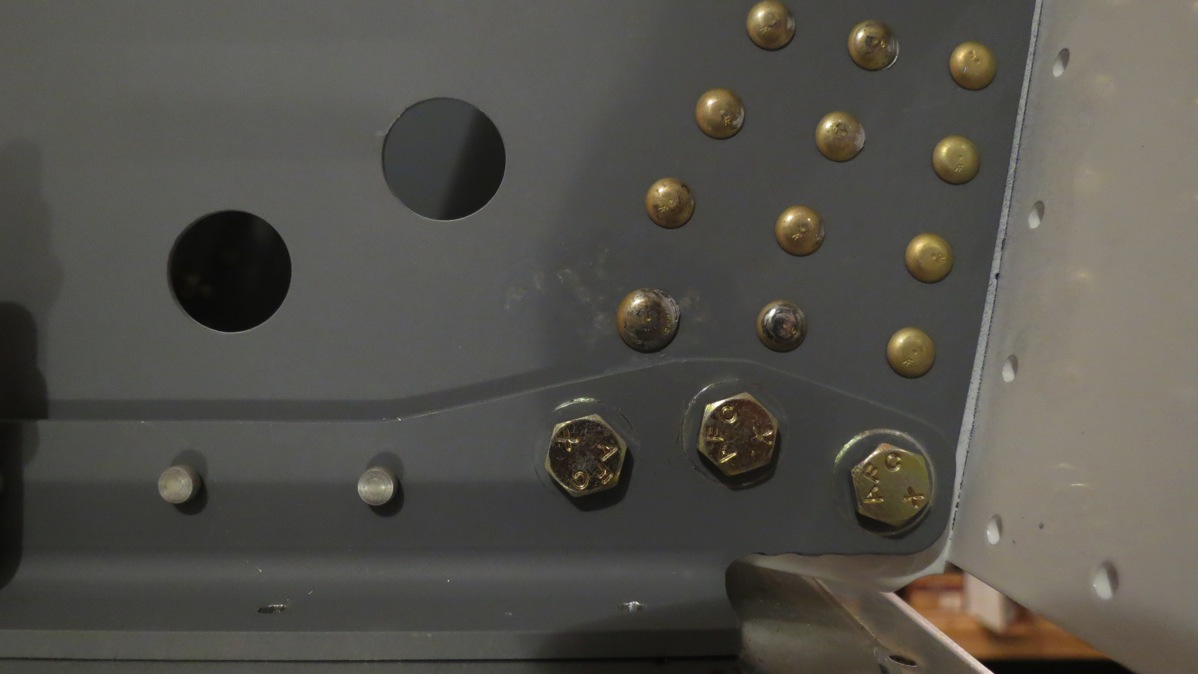 The next step is to rivet the towers to the forward floor, but here I got in an argument with myself about priming/painting. Part of me had considered painting the towers before riveting them to the floor, but I’m not sure I’ve settled on what paint I want to use yet. I definitely wanted something for the floor inside the gear towers, so I wanted to at least prime that area. I was not, however, prepared to prime the entire floor, if for no other reason than it would end up scratched up by the time I was done anyway. Eventually I settled on the solution of masking the area around the towers and just spot priming the area under the towers: 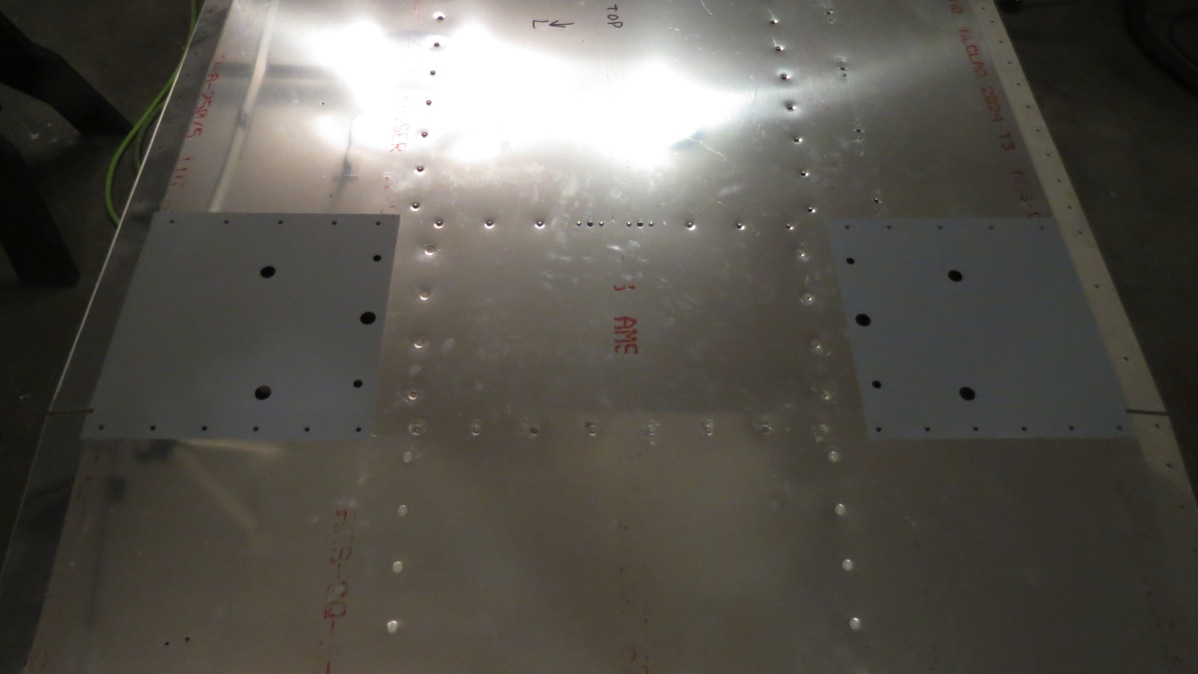 I also checked and retorqued all the bolts between the towers and weldments. The outboard weldments got torque seal on the nuts; even if I removed the bolts, the weldments wouldn’t come out anyway. I didn’t torque seal the inboard weldment nuts though; my rough plan is to remove those when it comes time to paint the gear towers, just so I’m better able to scuff and clean the powder coat. Here’s some torque seal…exciting stuff, huh? 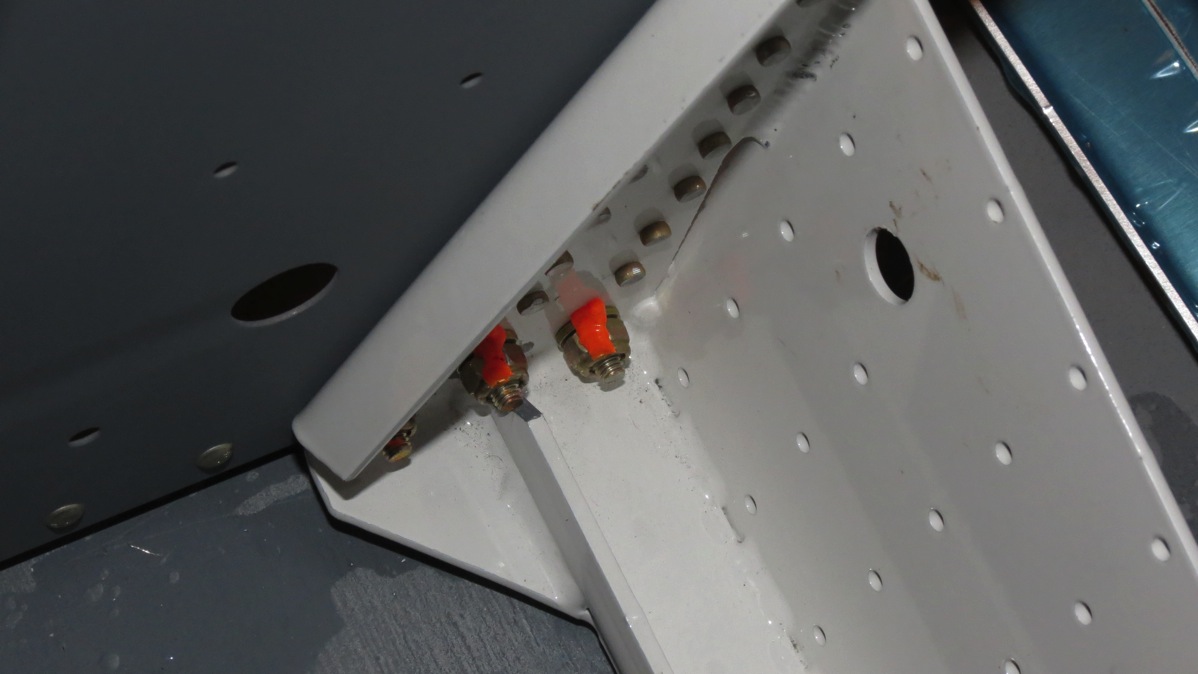 So tomorrow I should be able to rivet the towers to the floor, and then move on with further assembly work.