Yup, finally back to work again. The search for a replacement car continues, mainly because I’m looking for something very specific. I did get in some flight time Saturday morning before going to look at a couple cars, then I just got lazy the rest of the afternoon.

Today I started off by cleaning and prepping the baggage bulkheads; I wanted to get those primed this weekend since the weather was nice. Once that was done, I clecoed the gear towers in place (again) on the forward floor and shot the rivets on the aft attach angles. The forward angles remain unriveted until much later, for reasons that I’m sure will eventually be clear. 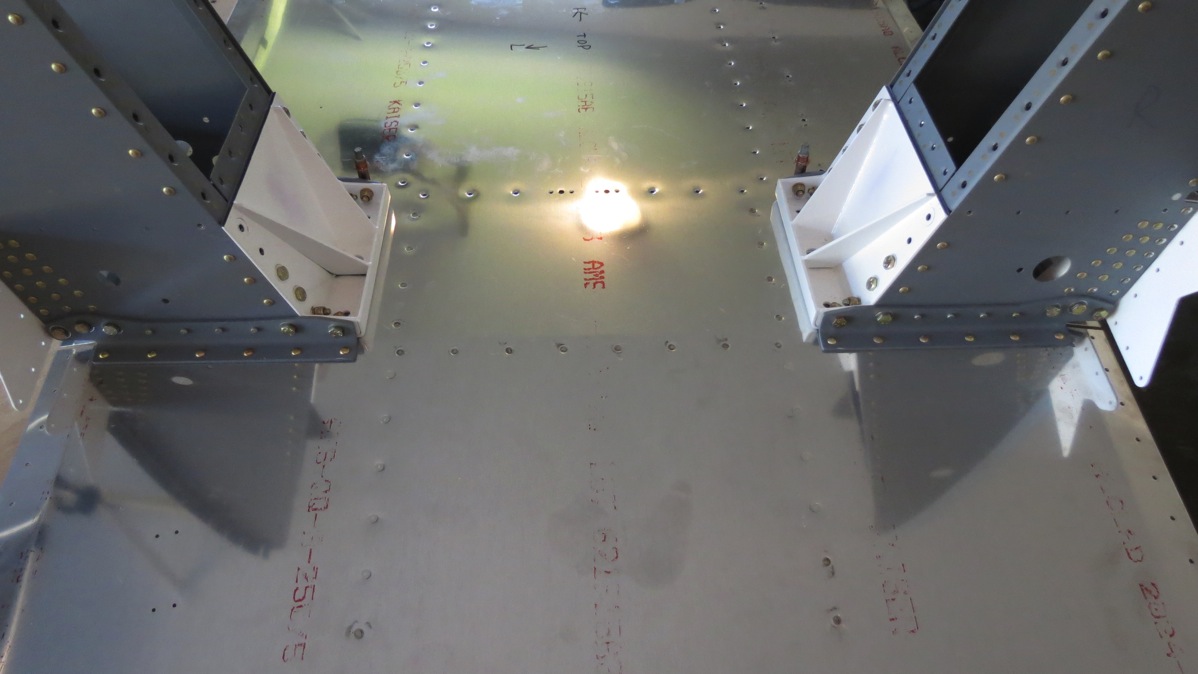 Next I clecoed and match-drilled the two upper braces, the mid-cabin braces, and the throttle quadrant mount bracket. I spent a fair amount of time deciding which of these components I was going to prime. In general, my approach to priming interior parts is restricted to parts that I expect to eventually topcoat. So after poking around a bit, I decided that the upper braces didn’t need primer, but the mid-cabin braces did. So I scrubbed and primed those as well. One benefit of the Houston heat is that primer coats dry in no time…

Meanwhile, after deburring the upper braces, I clecoed those into place and riveted them, then put bolts through the appropriate holes. There are some washers here that have to be radiuses a bit to fit inside the tower, so I did that as well and then primed the washers in accordance with the construction manual. By this time the mid-cabin braces were dry, so I brought those in and riveted/bolted them in place as well.

That completes this particular subassembly; time to set it aside and work on the baggage area again: 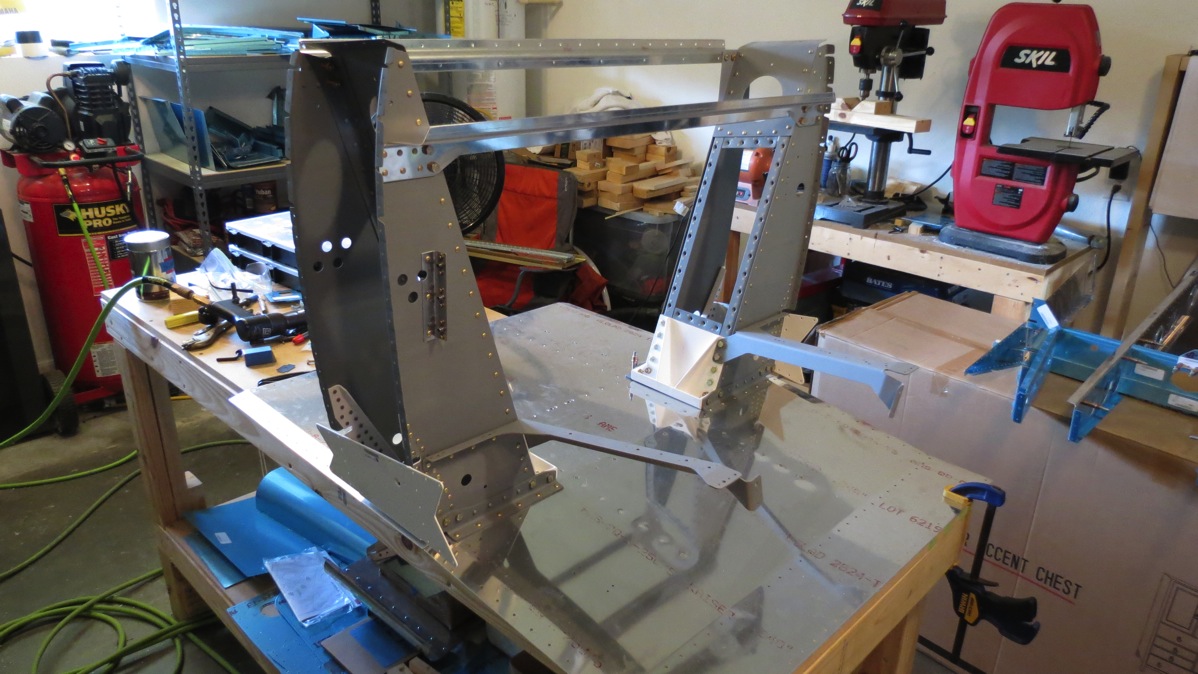 I didn’t get a lot done with the baggage area stuff, just riveted all the nutplates to various components and made sure everything was dimpled. I wanted to go ahead and rivet the stiffeners to the floor, but I was getting pretty hungry for dinner by this point, so I called it a night.