A bunch of random stuff

Didn’t get a lot done today for various reasons. First I got woken up by a nasty thunderstorm around 6:30 AM, and about the time I was noticing how windy it was getting, my phone buzzed with a tornado warning…fun times. Then it seemed to clear up enough that it looked like I could go flying after all, so I got ready, headed out, then noticed that there was enough of a low scattered layer to concern me, so I cancelled after all. Then I finally caught up on the sleep I hadn’t gotten the night before…and that’s why I didn’t even get started working until early afternoon. Even then, I had some other stuff to do, so I squeezed in sporadic work throughout the afternoon. 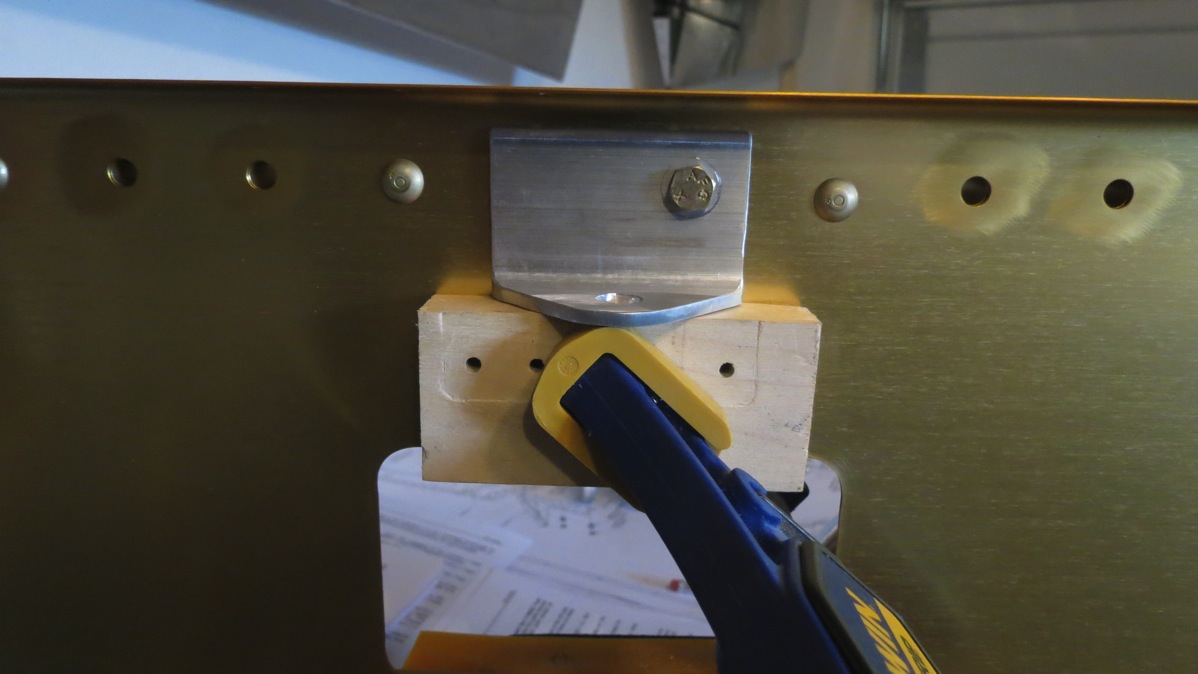 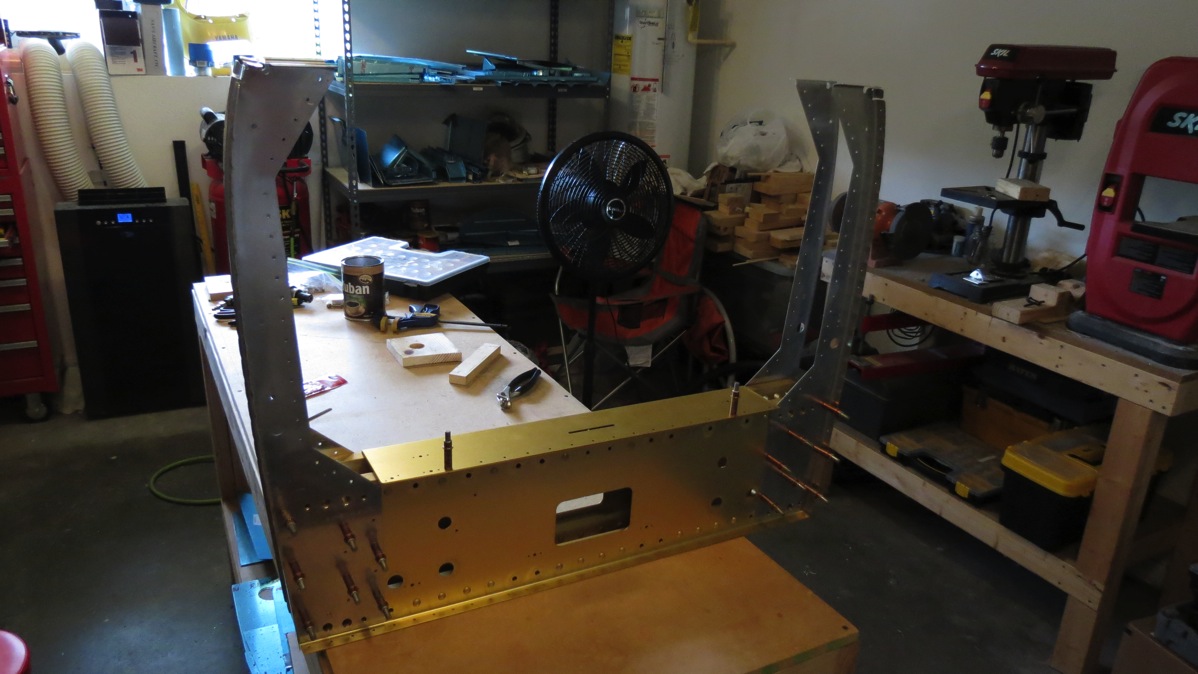 This pretty much got me to a point where I wasn’t sure it was a good idea to keep working on the center section, lest I find out later this week that it’s trashed. So I moved on to the next manual section, the seat rib assembly. For the record, I currently have the gear towers + forward floor assembly stalled, along with the forward baggage compartment (which is waiting on the towers), and now the center section as well. I’ve got partial assemblies all over the place and organization is definitely starting to suffer. I think this week may be short on actual work until I can get stuff in to let me make real progress on the stalled stuff; I’m getting to a point where I think I have too many balls in the air.

Anyway, the seat rib assembly starts with the rear bulkhead. Attached to this bulkhead are two thick bars that will eventually be the attach points for the rear wing spar. First off, a couple of spacers are fabricated from 1/4” solid stock. Next, a pilot hole in the bulkhead is used to drill a #12 bolt hole through the spar attach bars. Care must be taken here to make sure the bolt hole is perfectly perpendicular, so the manual calls for using some 1/4” wood pieces to space out the spar bars and to level the assembly on a drill press. Here are the wooden spacers in between the bars, prior to drilling: 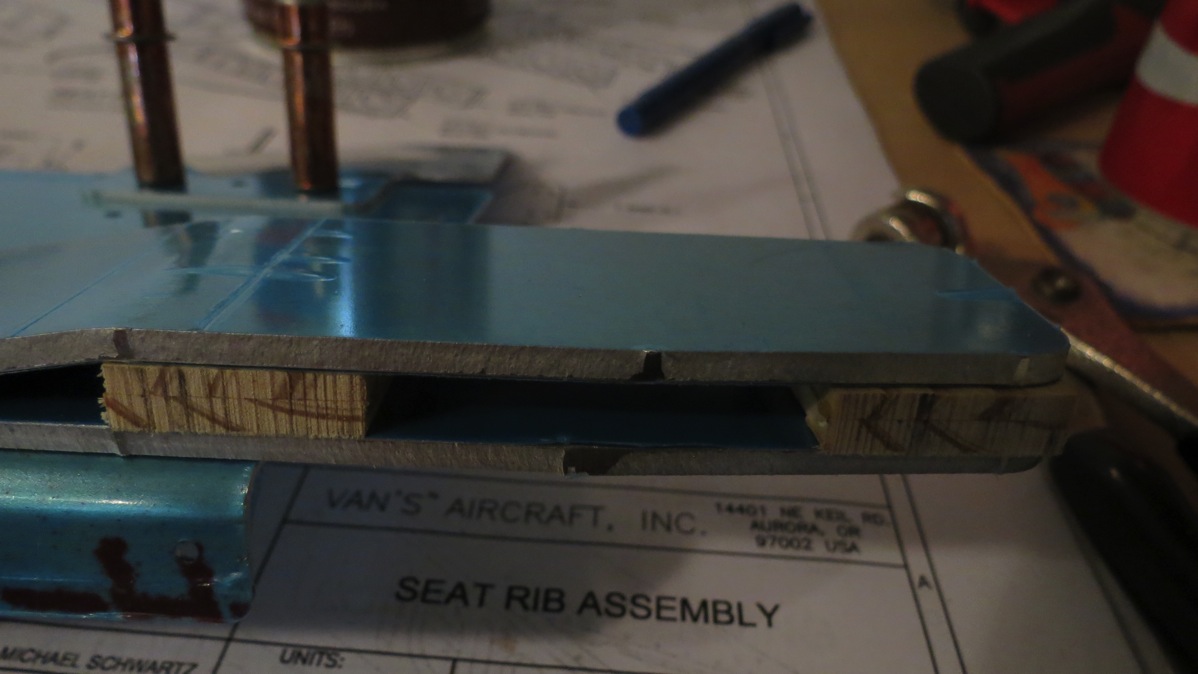 Next, I dug out all the various seat ribs, and deburred the first four before fluting them a bit to straighten the flanges. At this point, it was getting a little late in the evening, and I was about ready to quit. So instead of continuing with the next steps, involving fabricating some more stuff, I decided to just cleco the seat rib assembly together to get a sense of how it all fit. And things kind of went crazy from there. After putting the seat rib assembly together, I wondered what the forward part of the ribs attached to…and it occurred to me that they attached to the center section bulkheads. So I just had to cleco those in place too. And then I realized that the forward floor would attach to the bottoms of the center section bulkheads, so I clecoed that on too.

And that’s how I ended up with basically the lower fuselage assembly for the entire cabin area sitting on a pair of sawhorses: 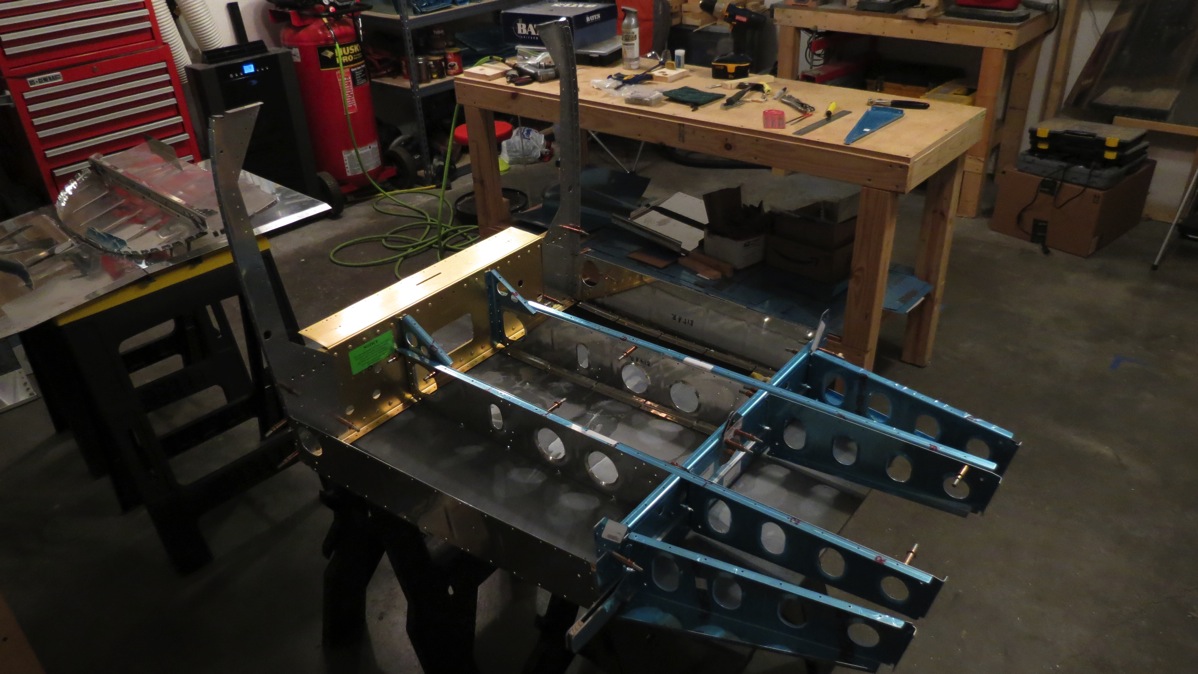 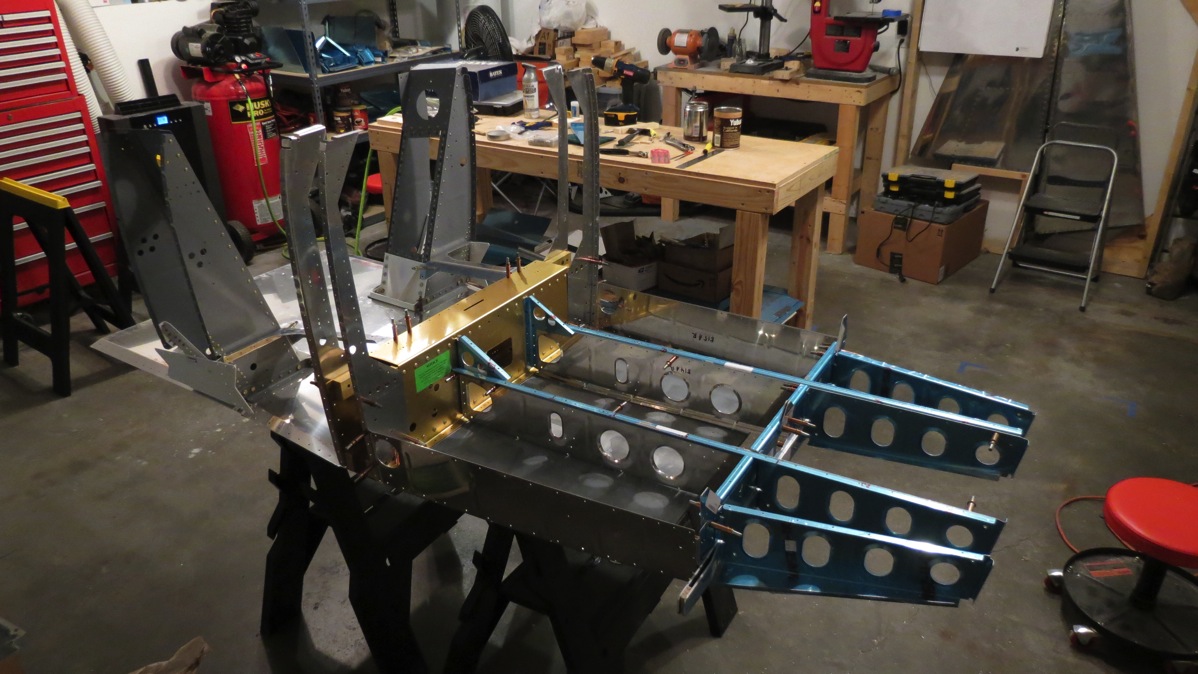 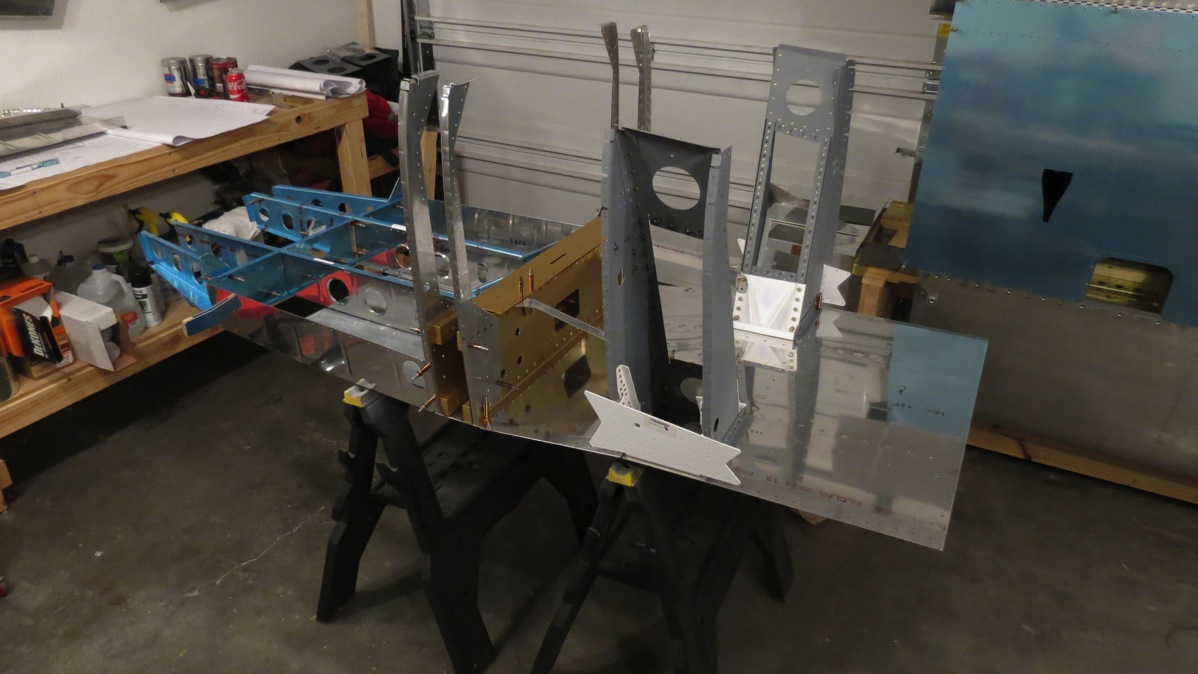 It’s unfortunate that I’m hung up on so many things right now, since tomorrow is a holiday. I guess I’ll try and figure out how to keep working on stuff for the seat rib assembly.