Another short night. I started out deburring the edges of the mid-cabin braces. Frankly, I think this is a weird time to do this, but I might as well keep working in the order of the instructions, I guess. Apparently the only reason you deburr those braces is so you can cleco them to the gear towers for 30 seconds to identify two rivet holes that you’d better leave open for the time being. After this, the next task was to rivet the outboard weldments to the gear towers. Mostly this is just a whole bunch of rivets, some of which have to be shot with a long set because they’re right up against a flange of the weldment. I got through about half of these, but was kind of getting tired, and when I smeared a rivet pretty badly, it seemed like a sign to quit for the evening: 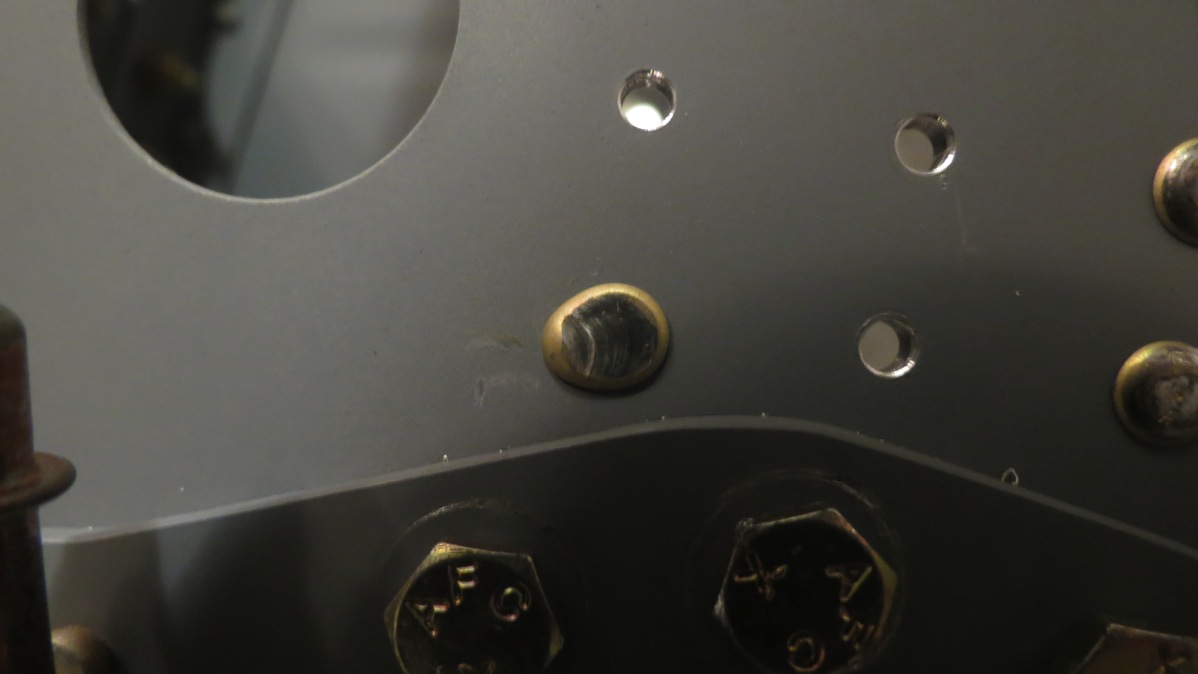 Removing that rivet will be fun. Smearing it means I don’t have the little dimple in the center of the factory head to act as a drill guide, which in turn means there’s ample opportunity to foul up the hole here.