Pretty good night’s work, at least by after-work standards. I managed to get all the rivets in the firewall done. The vast majority of the rivets can be back riveted, though an added complication is that the firewall has a flange facing towards the flush side. So back riveting requires elevating the back rivet plate a bit. I just used some double-sided tape to attach a few scrap wood blocks to one side: 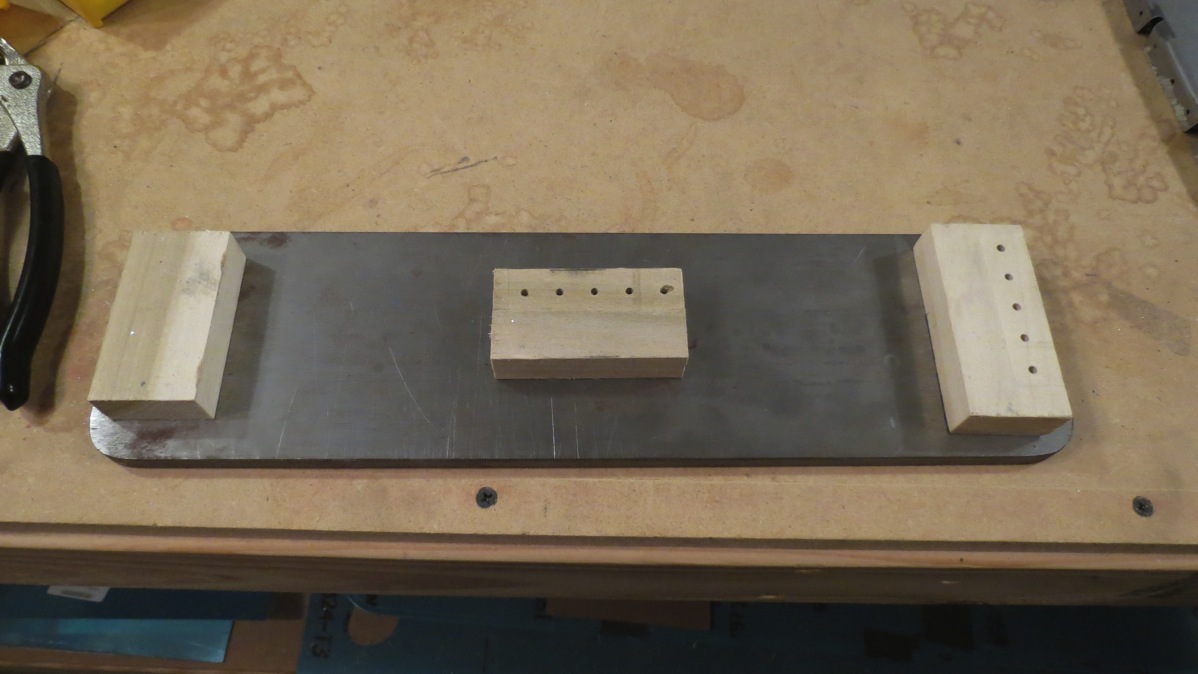 So then I just shot a bunch of rivets. It took a little longer than other back riveting due to there being several different rivet lengths to deal with. This, in turn, is because of the various material stacks; there’s firewall + angle, then a few spots with those two + a reinforcement piece, and finally the engine mount weldments that combine all three of those and the weldment itself.

Then there were a handful of rivets that couldn’t be back riveted, mainly due to space constraints on the shop head side. Those I just shot normally; not too big of a deal, but it did end up with me doing yet another amusing “no, I don’t need a second pair of hands” setup: 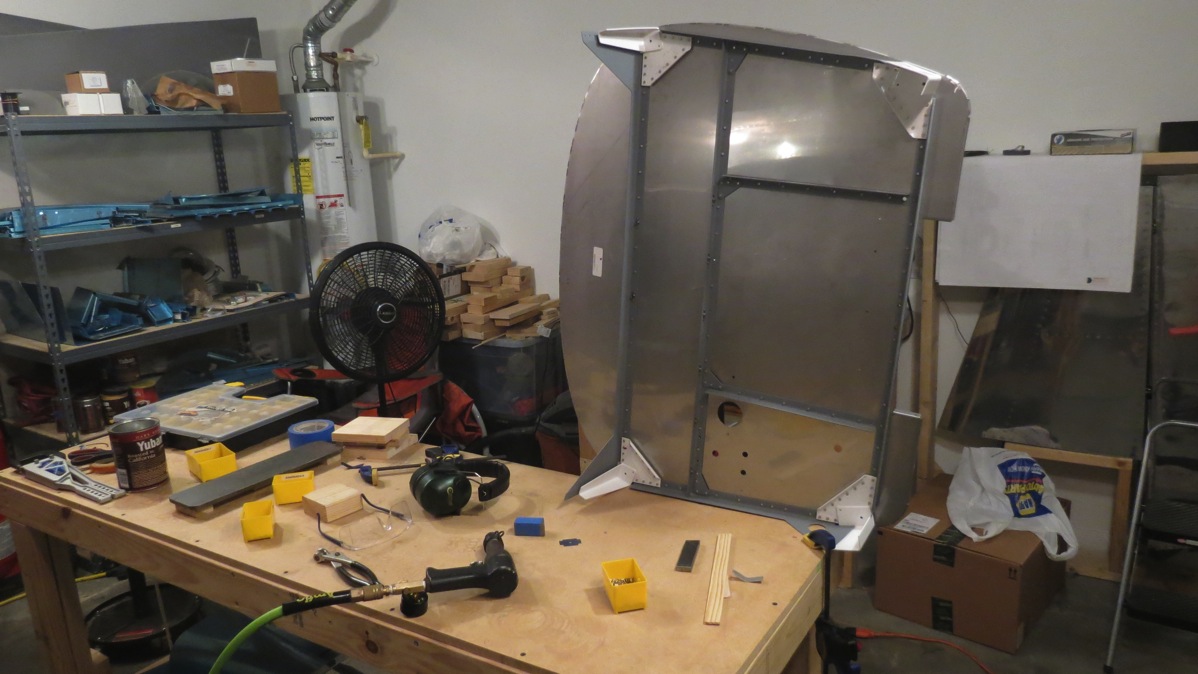 I marred the primer in a couple spots while riveting, so I shot some touch-up primer afterwards: 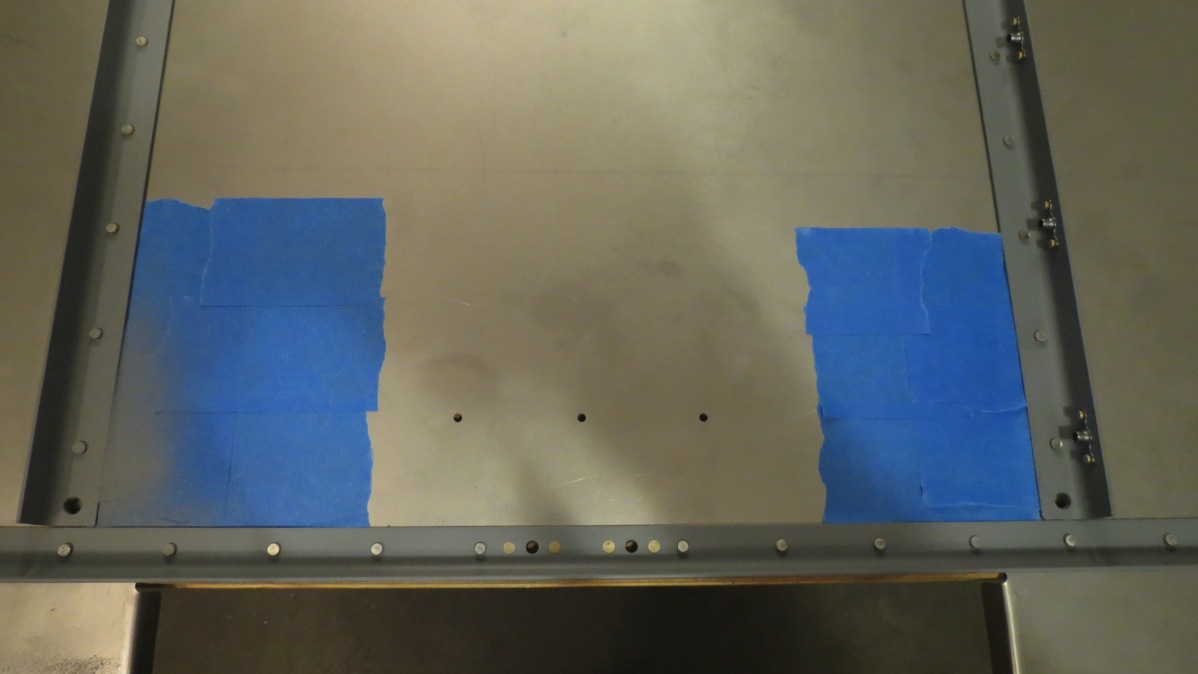 And there it is, a finished firewall: 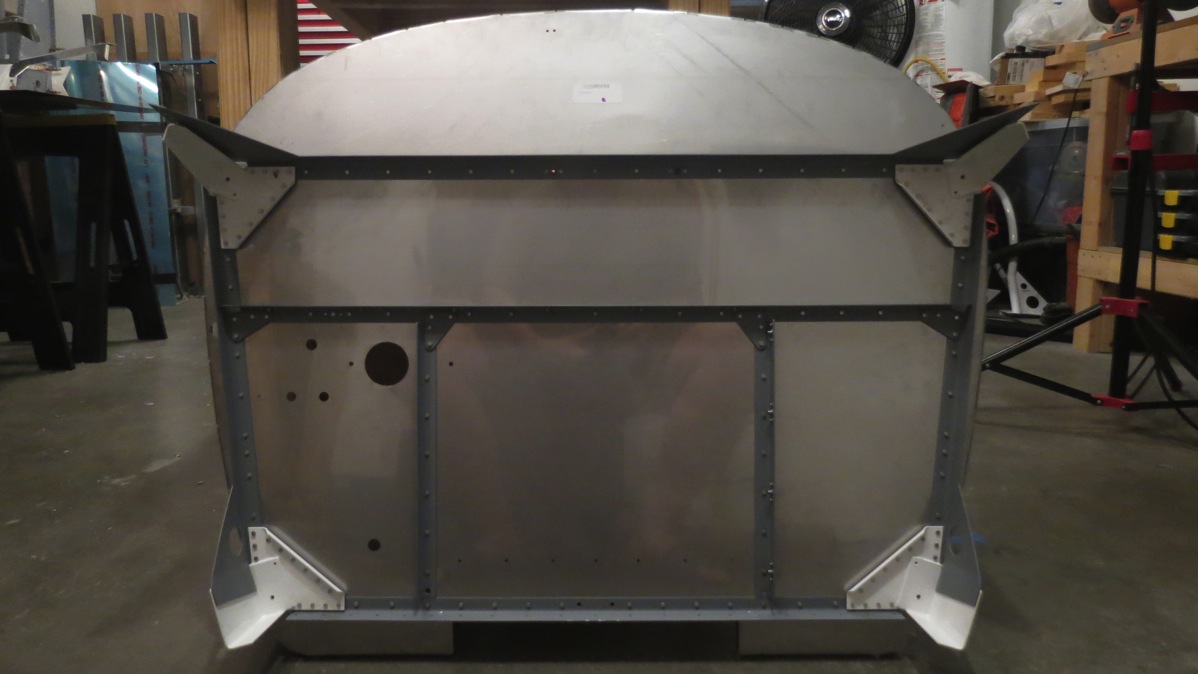 Now I can get back to working with the gear towers and the forward floor. And I’ve got a long weekend coming up, so I ought to be able to make some great progress in the next few days.