Started out today by finishing up the riveting on the forward floor assembly. There were only eight rivets left, through the two intercostal ribs, but getting to them was an interesting undertaking. Actually, even access wasn’t bad at all, it was trying to figure a way to securely hold the assembly to something so I could have both hands free to rivet. I eventually ended up making sort of hilarious use of the bench vise to hold this rather large piece. Looks ridiculous, but it worked like a charm: 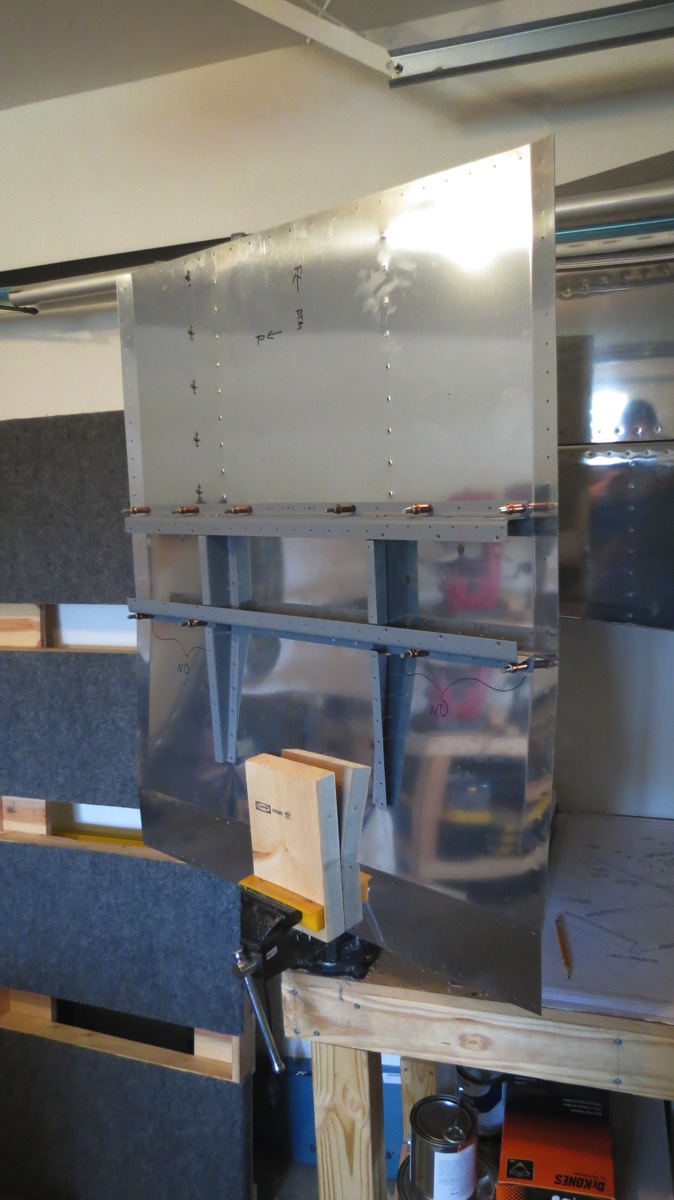 Next I moved on to the cooling ramp. Not a lot to do here; the rear angle piece actually gets riveted to one of the crossmembers on the forward floor assembly, and the stiffener is just back riveted to the ramp itself. Based on what the instructions say, it’ll be some time before the ramp actually gets attached to the forward floor. (the exact words were something like “the ramp will be riveted to this angle much later”)

I’d decided against priming today; the weather was generally nice and sunny, but it was quite windy, to the point that it would have probably caused issues for priming. So instead, I moved on to the next step, preparing the forward baggage area. This area generally consists of a shelf located a little more than halfway up the firewall, with a deeper well on the right side. I started out by clecoing together the whole general assembly: 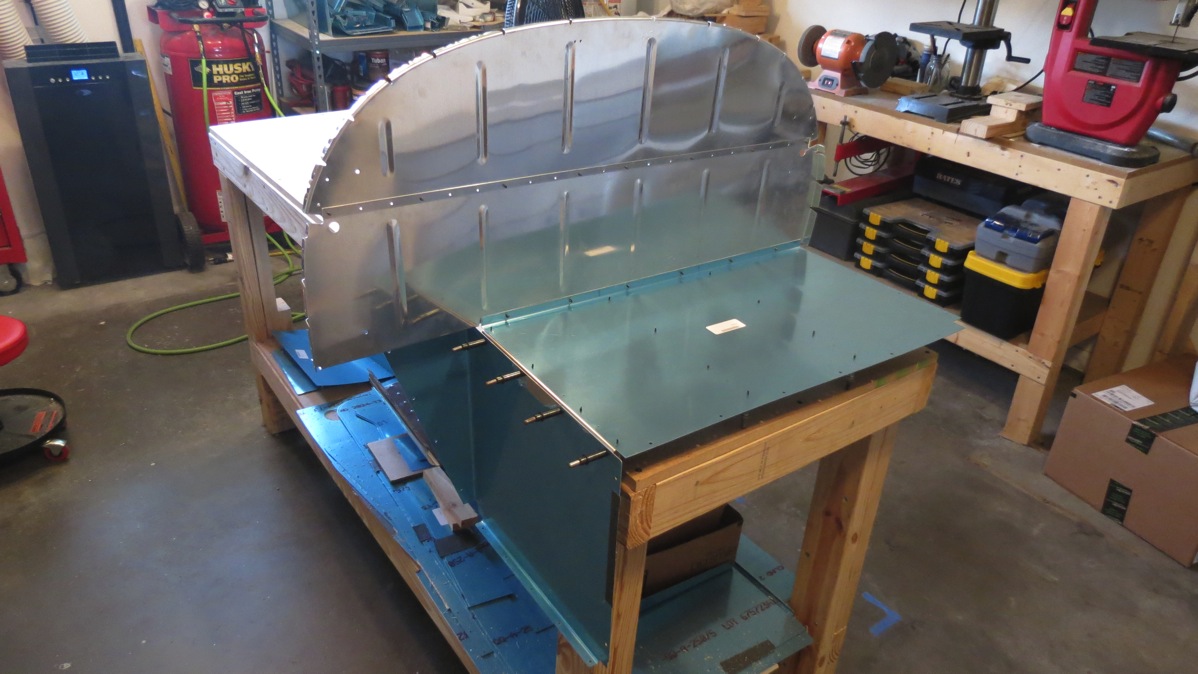 The firewall will attach to the forward ends of the shelf and the vertical wall of the well (foreground), forming the forward side of the baggage area. The rear wall of the deep well area will be formed by the forward bulkhead of the right gear tower. Directly under the shelf will be the rudder pedals, and behind the upper vertical bulkhead will be the instrument panel.

From here there was just a bunch of match drilling, deburring, edge finishing, fluting, countersinking, dimpling, etc. Here’s a photo of the rear baggage bulkhead assembly with the rear brace clecoed in place for match drilling: 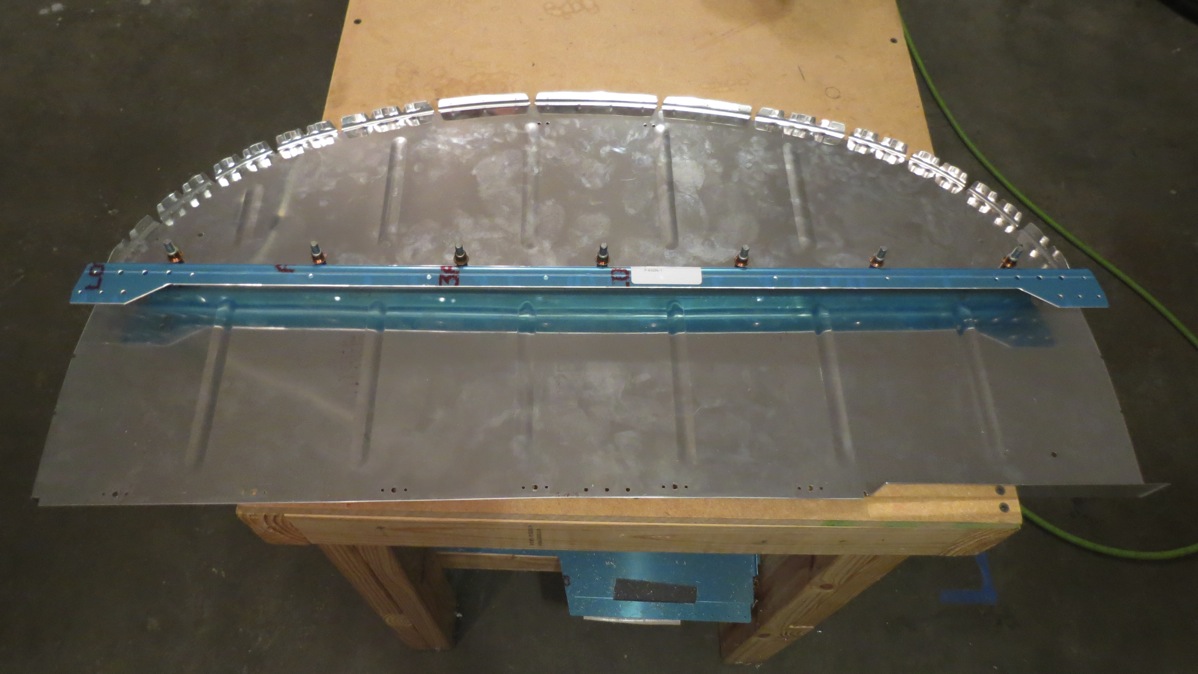 With that, all the pieces of the baggage area are also ready to be cleaned and primed. Tomorrow’s weather is looking slightly better, so I’m going to try and get a bunch of priming done. I actually went ahead and cleaned and etched all the gear tower parts in preparation for priming tomorrow; this way, I know they’ll be good and dry in the morning and I can get right to work: 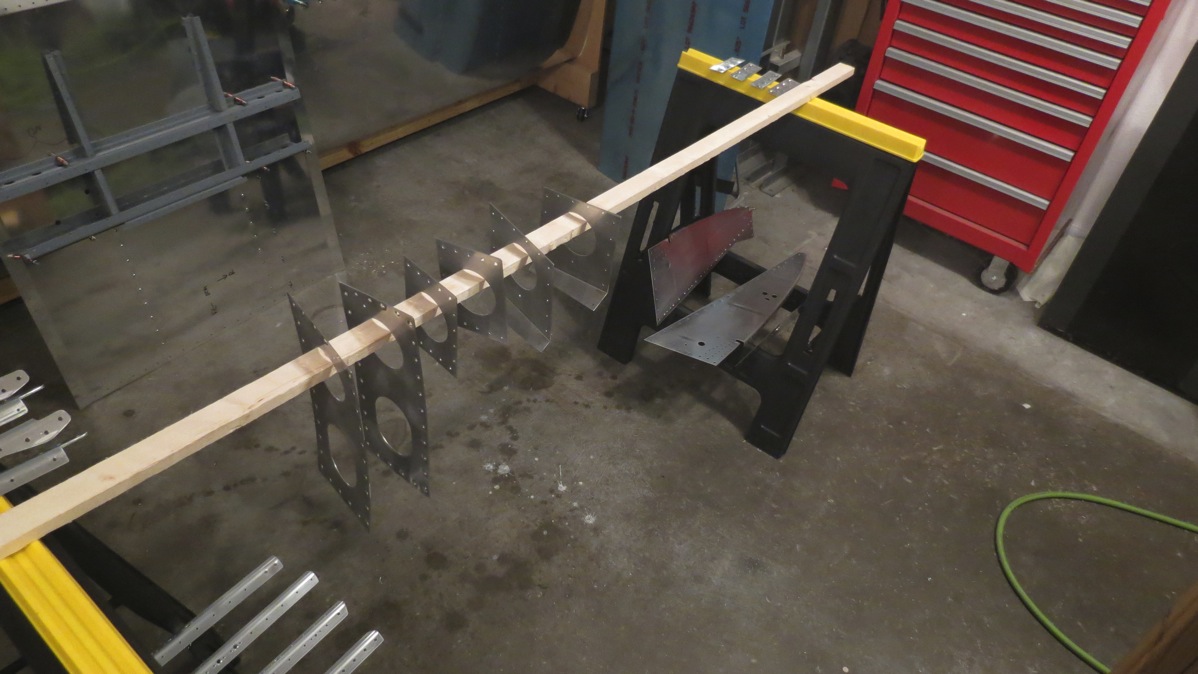 I also want to try and get the firewall angle/reinforcements primed, but for those I’ll just use Napa self-etch instead of the epoxy primer that the gear towers will get. Since the self-etch doesn’t take a couple days to fully cure, if I can get those angles primed, I can move on to riveting the firewall, and then come back to the gear towers a couple days later. Then maybe next weekend I can prime the baggage compartment parts. Before too much longer, all these parts will be coming together to form something that looks like a real structure!