So tonight I switched gears back to the forward flow assembly. First order of business was to rivet some nutplates to the lower flanges of both crossmembers. I believe these nutplates are where the gear leg attachment covers will mount. Anyway, here’s a spot where it would have been nice to read ahead in the instructions a bit, because these nutplates are for flush screws, meaning they need to be countersunk. I would have preferred to have done that before priming. In this case, I just spot primed again after I’d installed the nutplates and countersunk the holes. 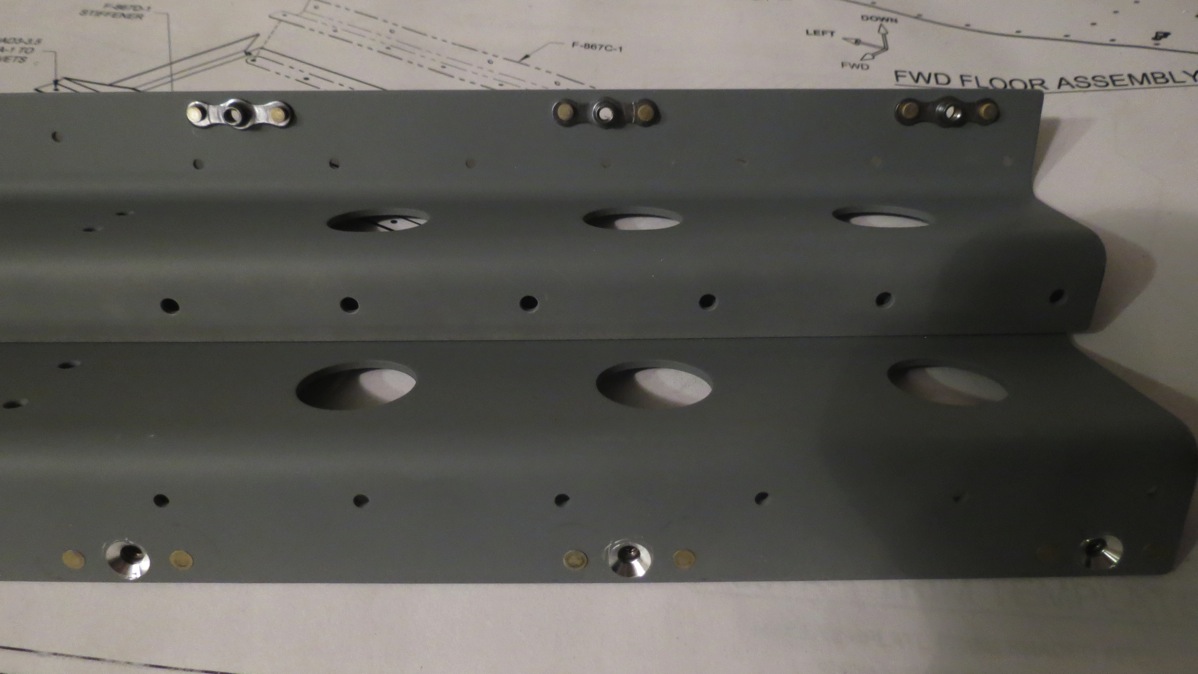 Next up was riveting some nutplates to the floor itself. I believe these are related to the forward baggage compartment. Somehow I missed countersinking the rivet holes for these previously, but countersinking for NAS rivets is pretty easy. I ended up clamping the floor vertically to the side of the workbench to get it in a good position for shooting the rivets: 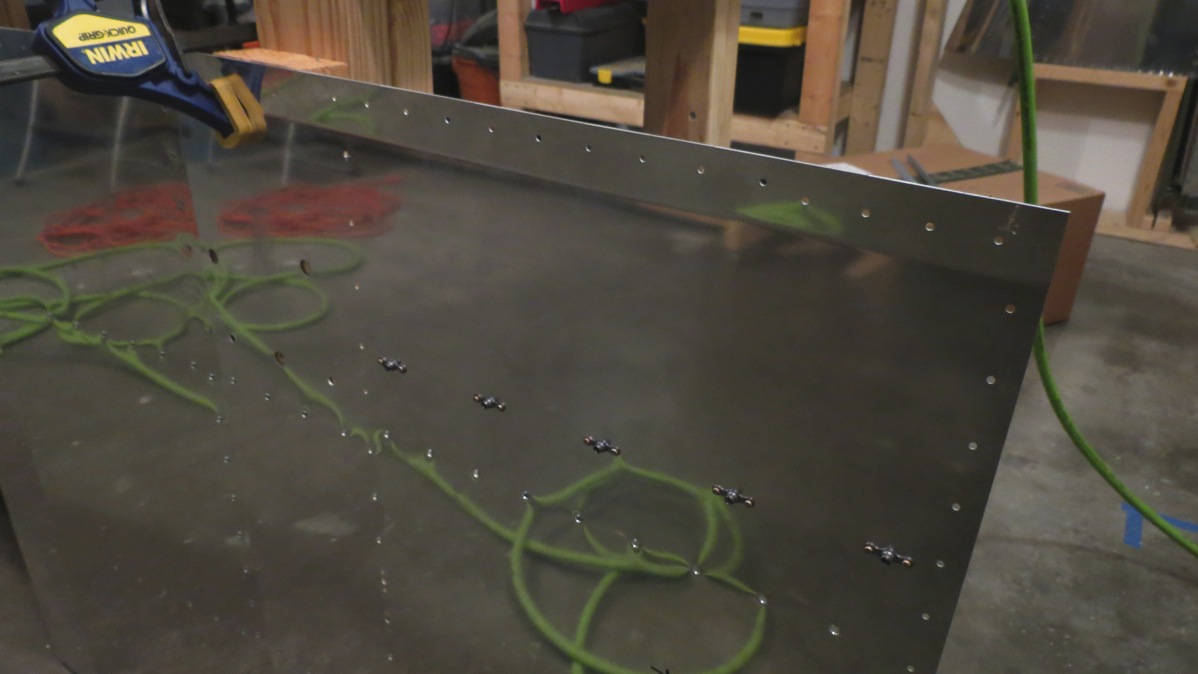 Finally, I clecoed the crossmembers and ribs to the floor itself, in preparation of riveting: 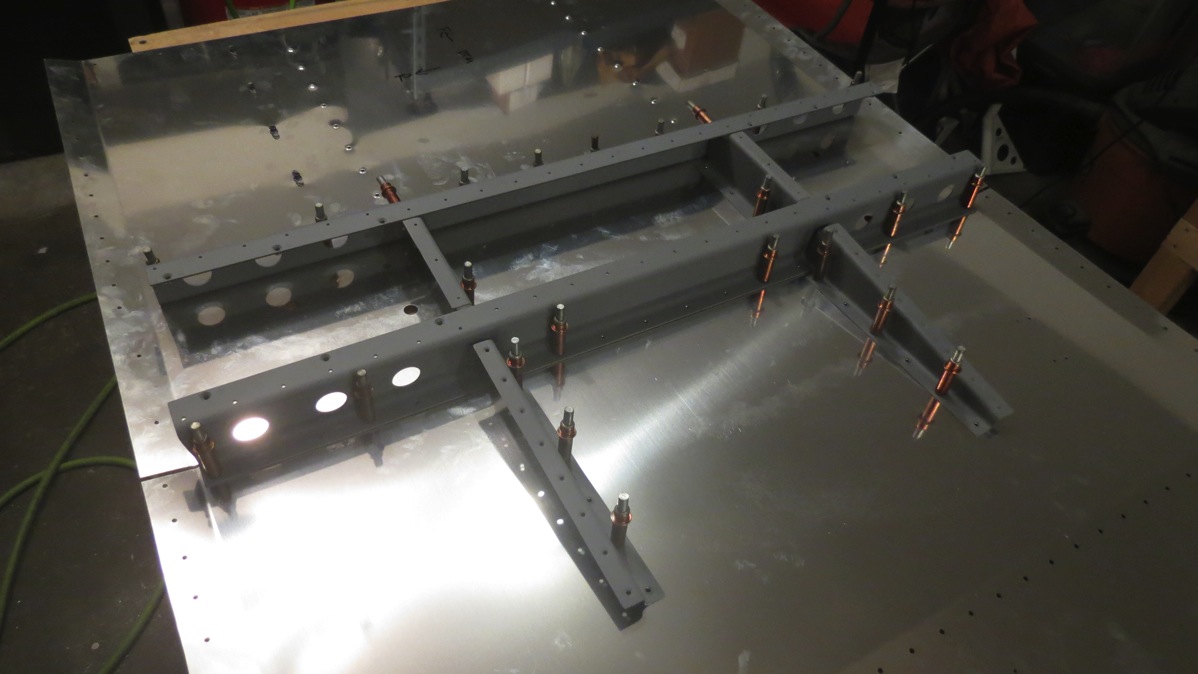 I decided to start off with the rivets between the ribs and crossmembers. The ones on the forward end (background in the above photo) were easy, since there’s ample access on one side. The rear crossmember, on the other hand (foreground above) was tougher since there are ribs on both sides. I was having a really tough time figuring out how I was going to shoot those things when it occurred to me that I could just remove the skeleton assembly from the floor and then I’d have no access problems at all: 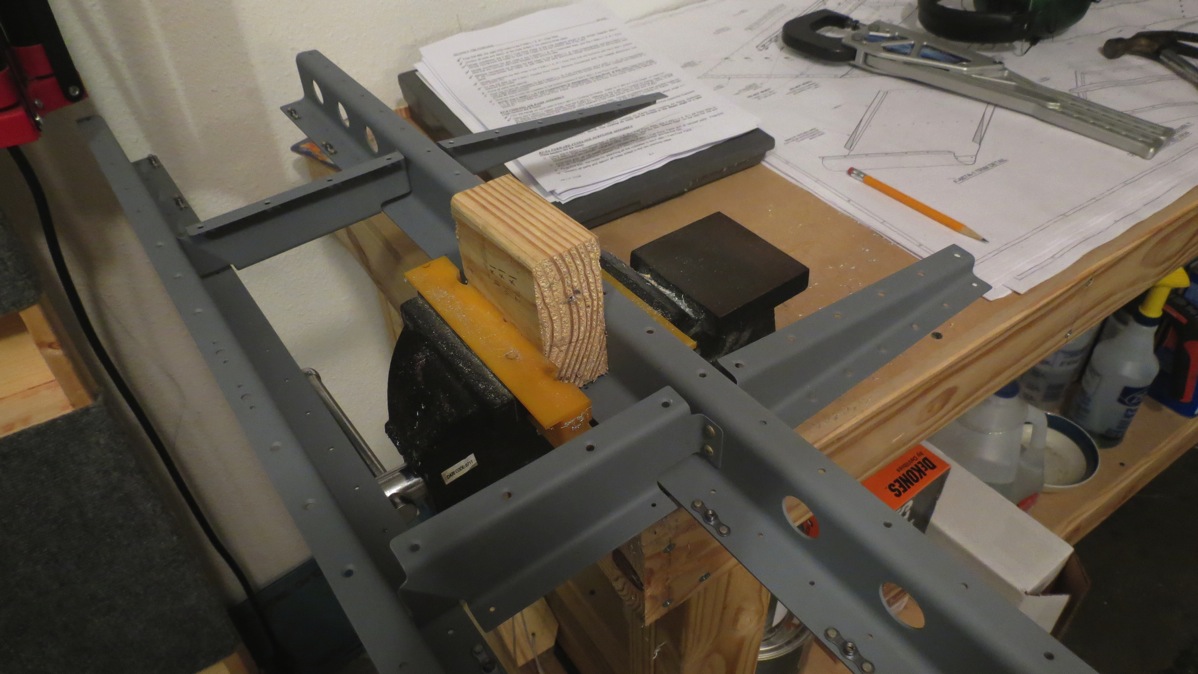 It was getting late by this point, so I clecoed the skeleton back to the floor and left it on the workbench. I should be able to back rivet all the flush rivets through the skin tomorrow night, and get the cooling ramp riveted as well. After that, I guess I’ll have to move on to the next assembly to prep, since I probably won’t be able to prime the gear tower and firewall stuff until Saturday, and since those will be getting epoxy primer, I’ll want to let them cure for a few days before I start riveting stuff.