Just in case I haven’t mentioned it…there are a lot of parts in the fuselage kit. Tonight I went to work inventorying and organizing all the hardware bags. Calling these hardware bags is a bit of a misnomer, actually…about half of the bags are actual hardware (rivets, nuts, bolts, screws, nutplates, etc.) and the rest are just assorted small parts. There are also a few random standalone parts in this bundle, including the brake master cylinders and the flap motor.

Anyway, to start off with, I went down the line, simply checking off that I had every bag I was supposed to. And I actually found one I was missing, so I’ll have to shoot Van’s an email about that Monday morning, assuming it doesn’t turn up this weekend some time. Next, I actually went through and inventoried the contents of most of the bags. I skipped this step for the bags that contained nothing but large numbers of rivets/screws/washers/etc.; mostly I was concerned about the bags with specific small parts and so forth. If I come up short some rivets or screws, those are easy to get; not so much with some of the Van’s-specific parts.

All that inventorying took the better part of two hours, and next I started working on organization. I had a few new rivet sizes, so the case of rivets had some modifications made in terms of bin sizes and such. And I made use of the third case I’d bought as well, generally getting better organized with the bolts and nutplates. I still have a few open bins in the third case at the moment, which I’ll probably fill with assorted bushing and stuff like that: 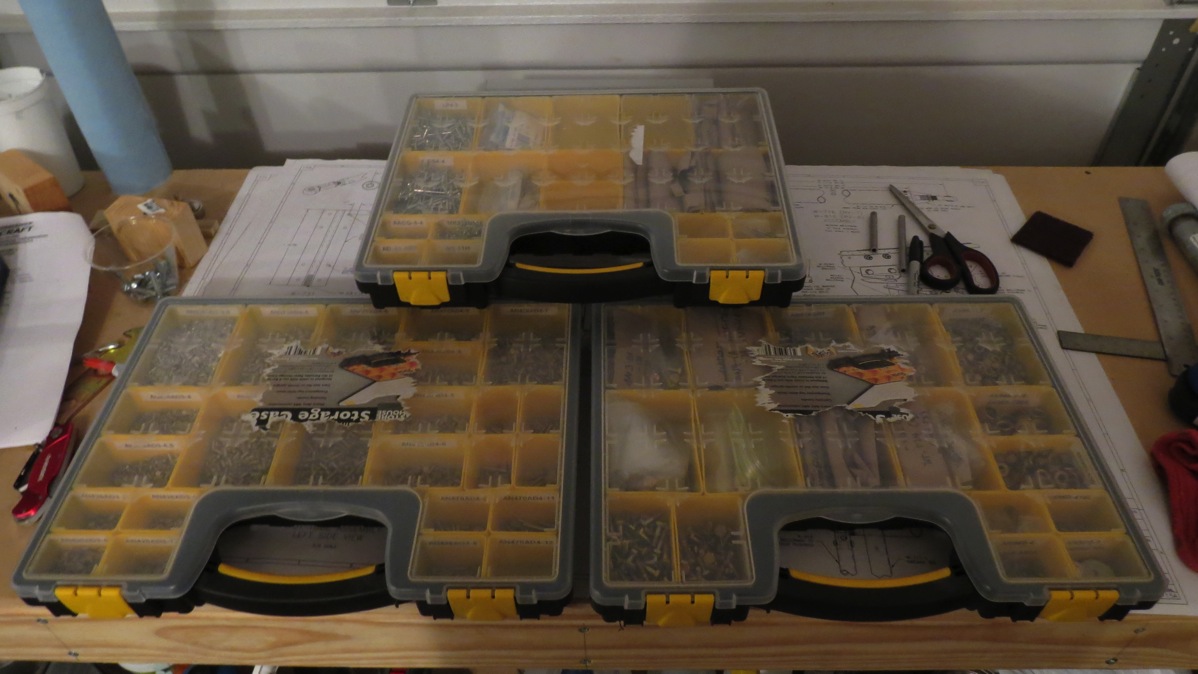 And I’m still not done organizing. All I put away tonight were the actual hardware pieces. I still have a large number of bags of small parts to deal with: 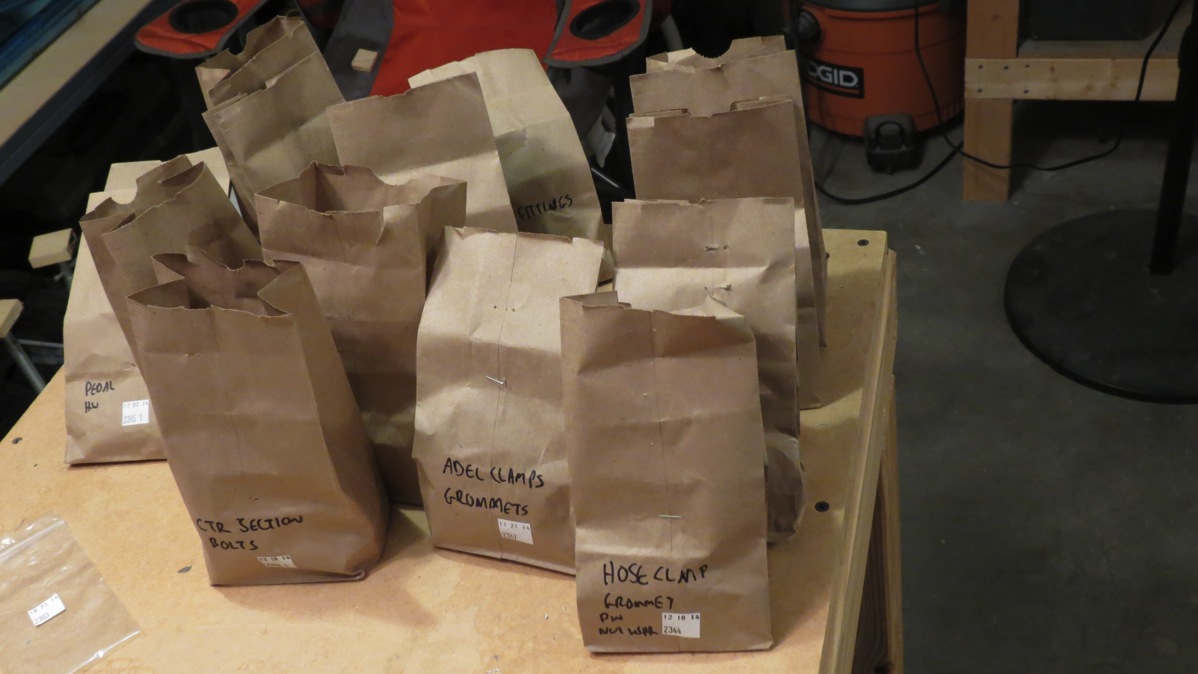 I’m considering buying yet another storage case to use for this stuff. Folded up, those paper bags fit very nicely into the large bins, and it’s easy to write on the top of the bag and have the contents still be visible. With the wings, I stuck all these random part bags in a little box, but there were a lot fewer of them. Storing them in the case would have the double benefit of me being more organized and already having a storage spot for the cases.