Rather than mess with deburring flap skins – which I won’t be able to do any priming on this weekend anyway – I decided to go ahead and build the second set of aileron pushrods tonight. These are the long pushrods that will run between the bell cranks in the wings and the control stick in the cockpit. These are simpler to make than the other ones as well; instead of small-diameter steel tubes with solid rivets, these are fairly large-diameter aluminum tubes and the ends attach with blind rivets.

Once I’d cut the rod stock to length and marked and center-punched the hole locations, I got Josie to come out and hold one end of the tube while I drilled the pilot holes in the drill press. Next I inserted the threaded ends, lined them up carefully, and drilled all the holes out to full-size, clecoing as I went: 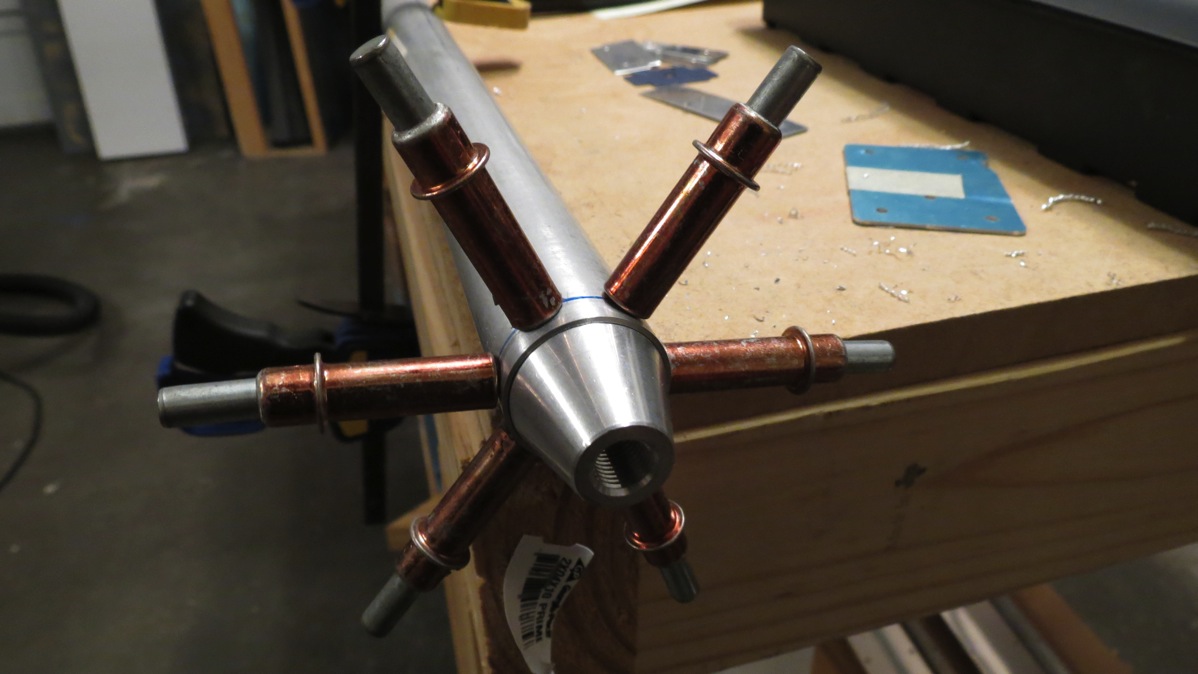 Some quick deburring of everything and then it was just squeezing a bunch of blind cherry rivets. Afterwards, I couldn’t resist the urge to install a bellcrank and both pushrods, just so I could sit at the wing root, move the pushrod, and watch the aileron move: 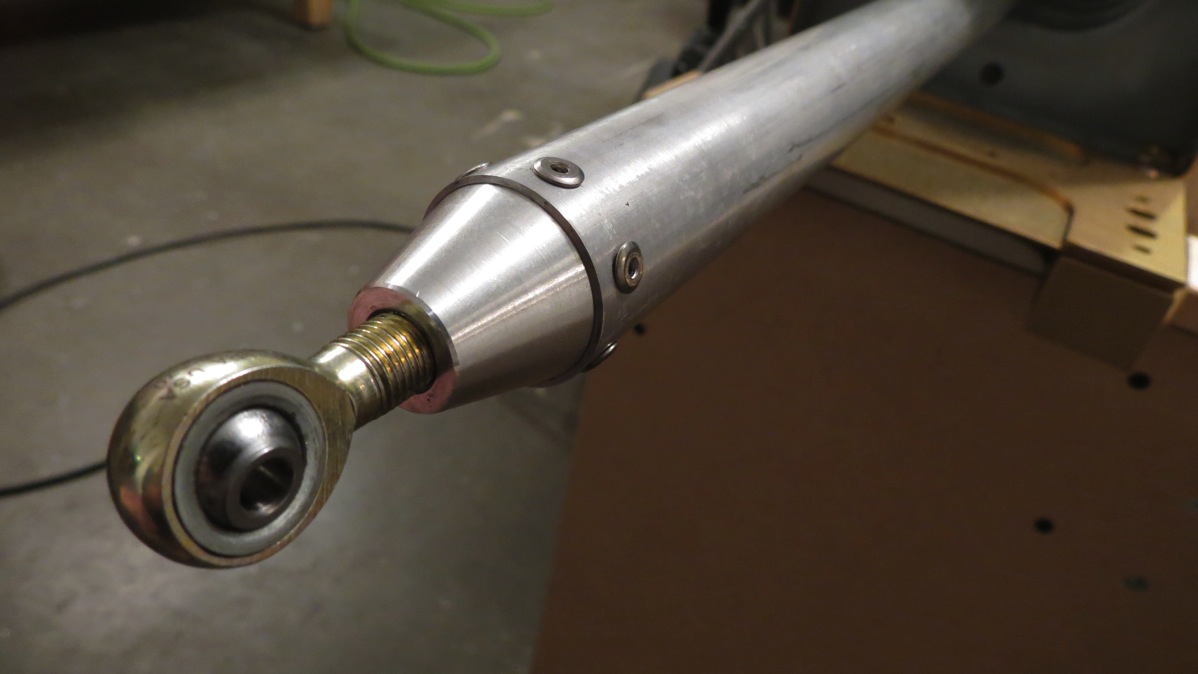 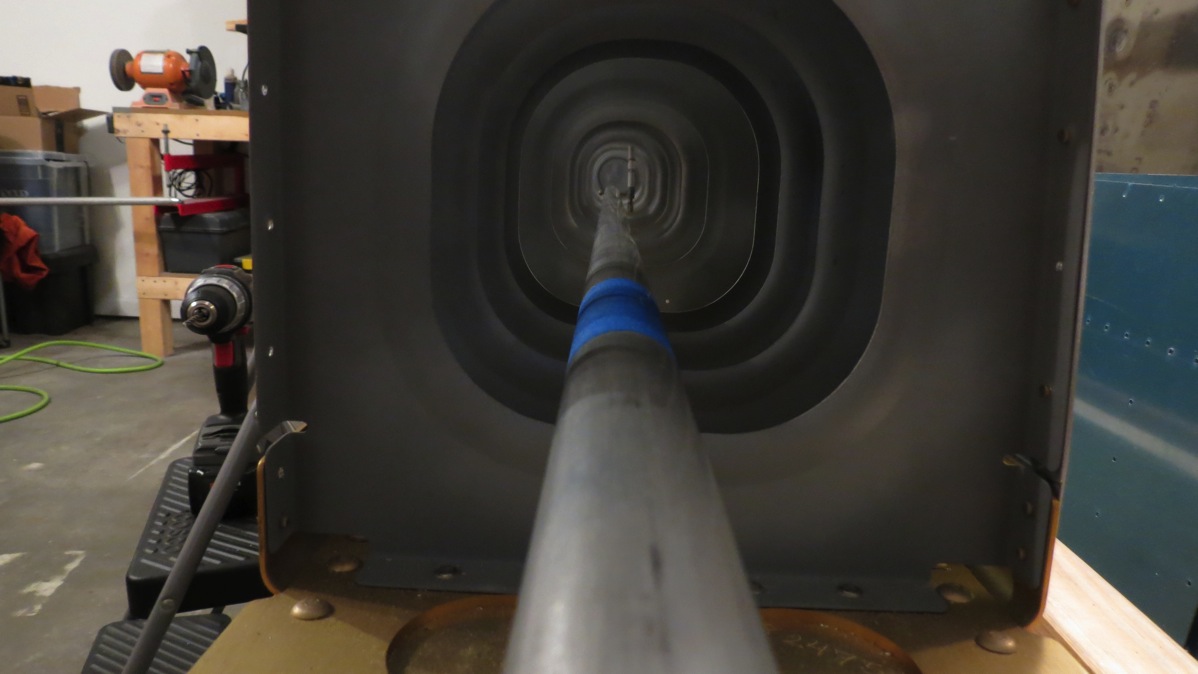 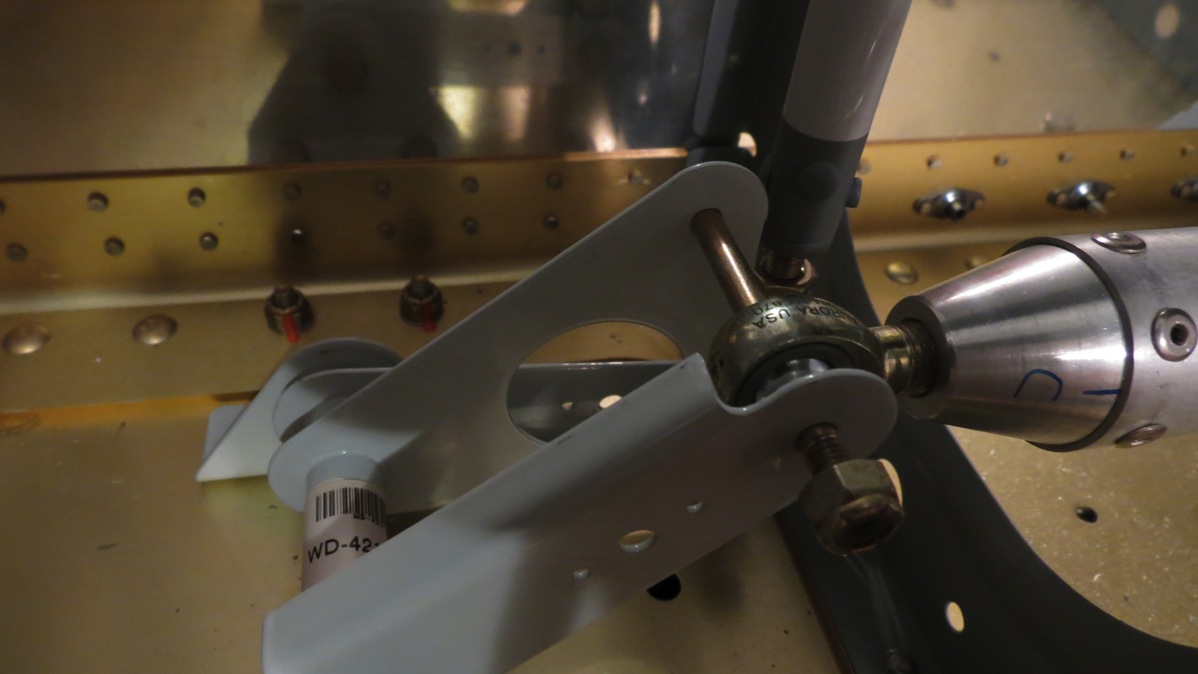 The next time I do some priming, I’ll go ahead and shoot the outside of these rods as well. I figured it was easier in this case to just prime after assembly instead of before.