Not a lot of time tonight, but I figured I’d see if I could get the pushrods done. The epoxy was cured nicely, now to get those rivets out: 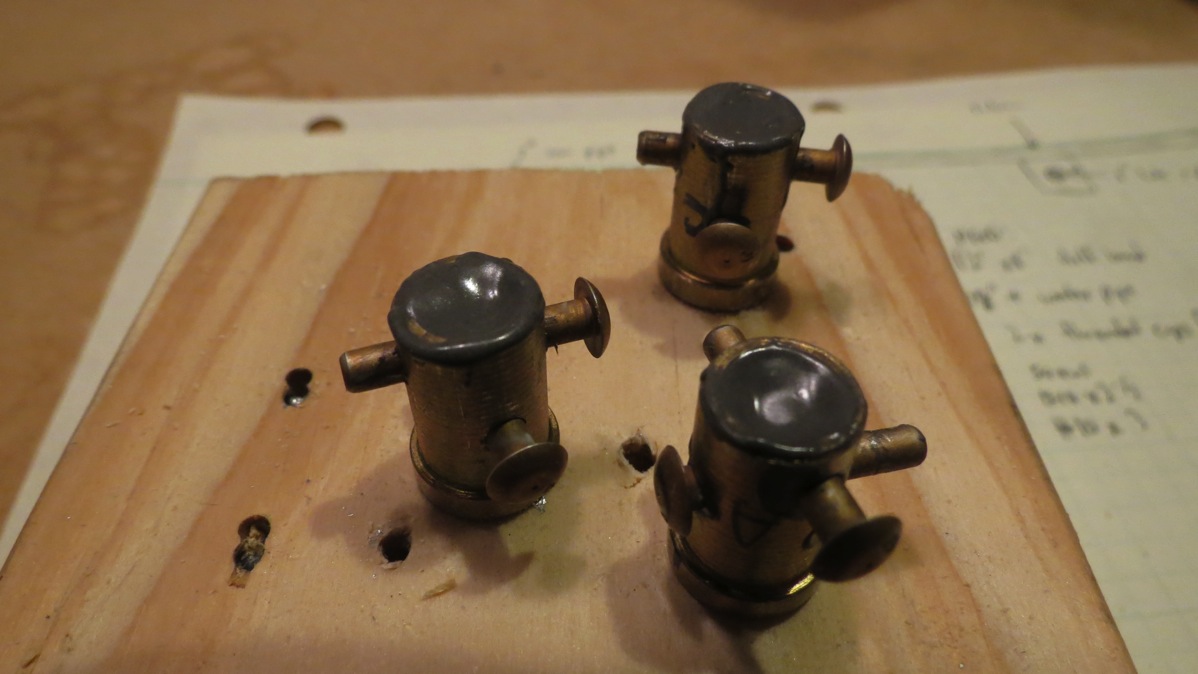 That turned out to be a fun exercise. I was able to get all the rivets moving in their holes with a little touch from the rivet gun, but extracting them was a little more difficult. As usual, the first one took quite some time to get out, but then I had a system down and the other five came out in no time. I was pleased to find that shooting the rivets now was a cakewalk, with hardly any tendency to clinch. The resulting heads aren’t the best I’ve ever done, but perfectly adequate: 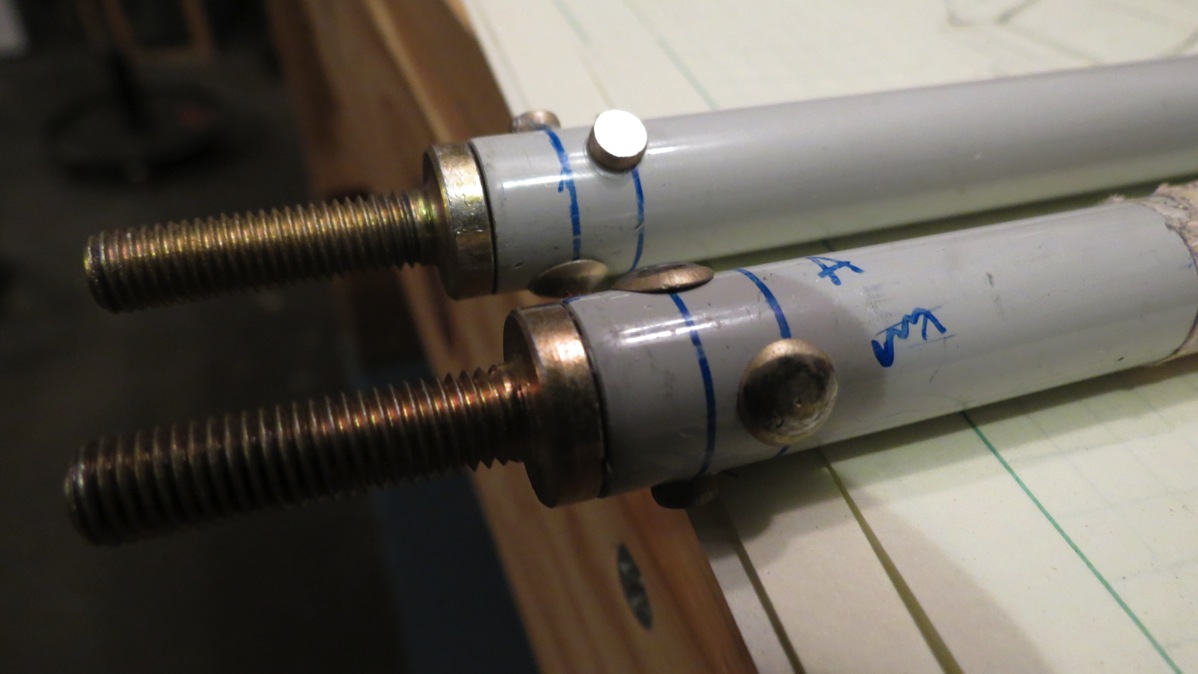 Next, as a precaution, I decided to shoot some primer on the ends of the pushrods. Cutting the rods to length had removed some of the powder coat, and I’d also seen some flakes coming out from under the rivet shop heads as I shot them, so better safe than sorry. I wrapped the threaded portion in masking tape and went to town: 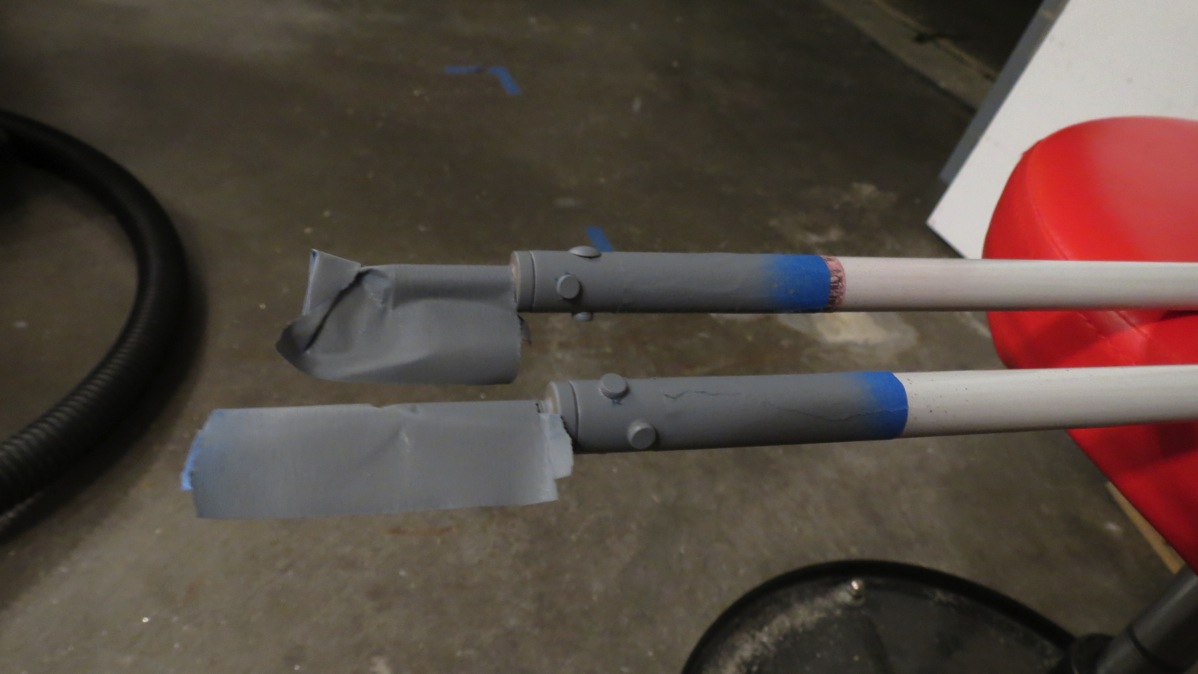 I like how fast the 7220 primer dries. Ten minutes later and I ripped the making tape off and installed the rod ends and jam nuts: 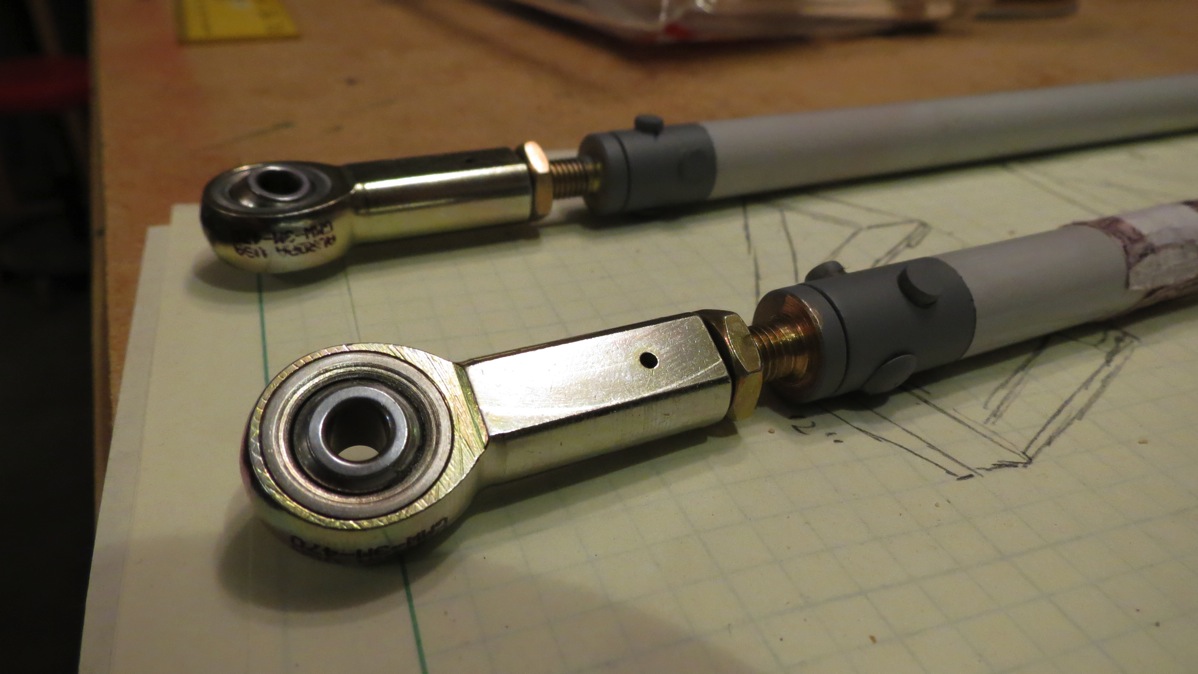 After that, I may have pinned one of the pushrods to an aileron and then moved the rod so I could watch the aileron move. This is strictly a rumor, totally unconfirmed…

In other news, my minor griping last night about Van’s not notifying of shipments was premature. Today I got a notification from Old Dominion with my shipment info, including a tracking number. Now I get to spend my time refreshing the tracking page three times a day. I imagine I should have the kit early next week. I won’t have the flaps done by then – I’m out of town at least one day this weekend – but that’s okay. I suspect some serious garage reorganization is going to be in order once we start unpacking the fuse kit.